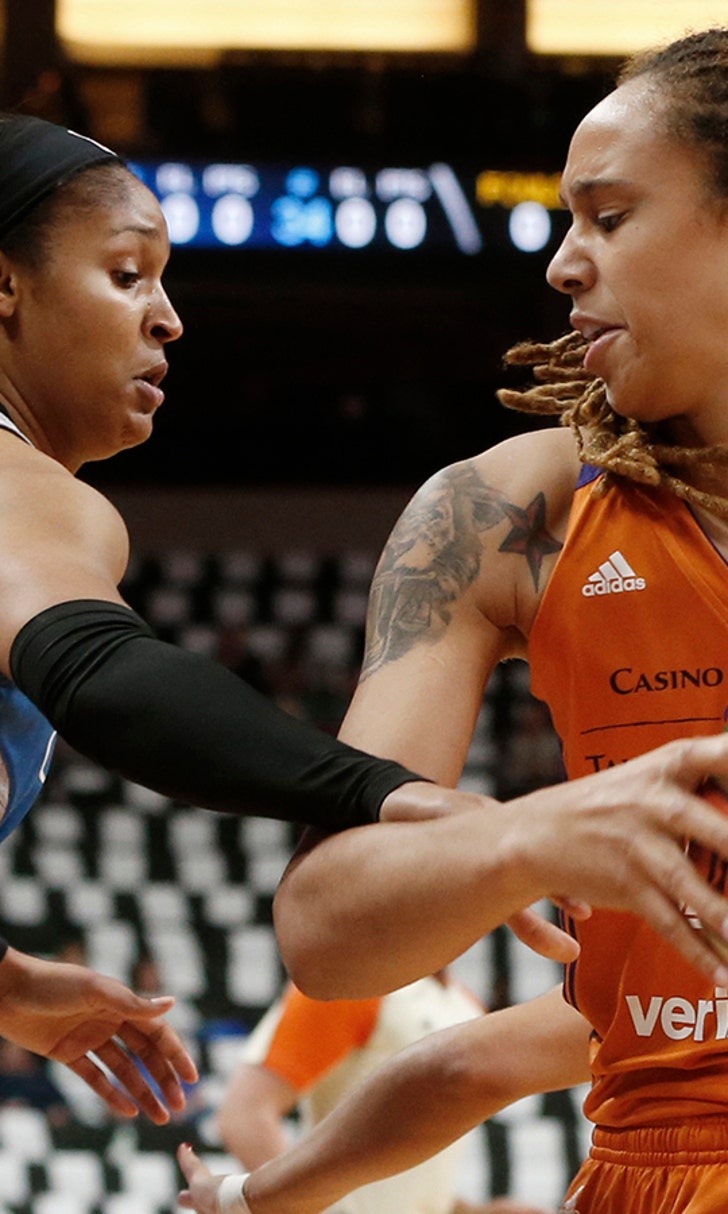 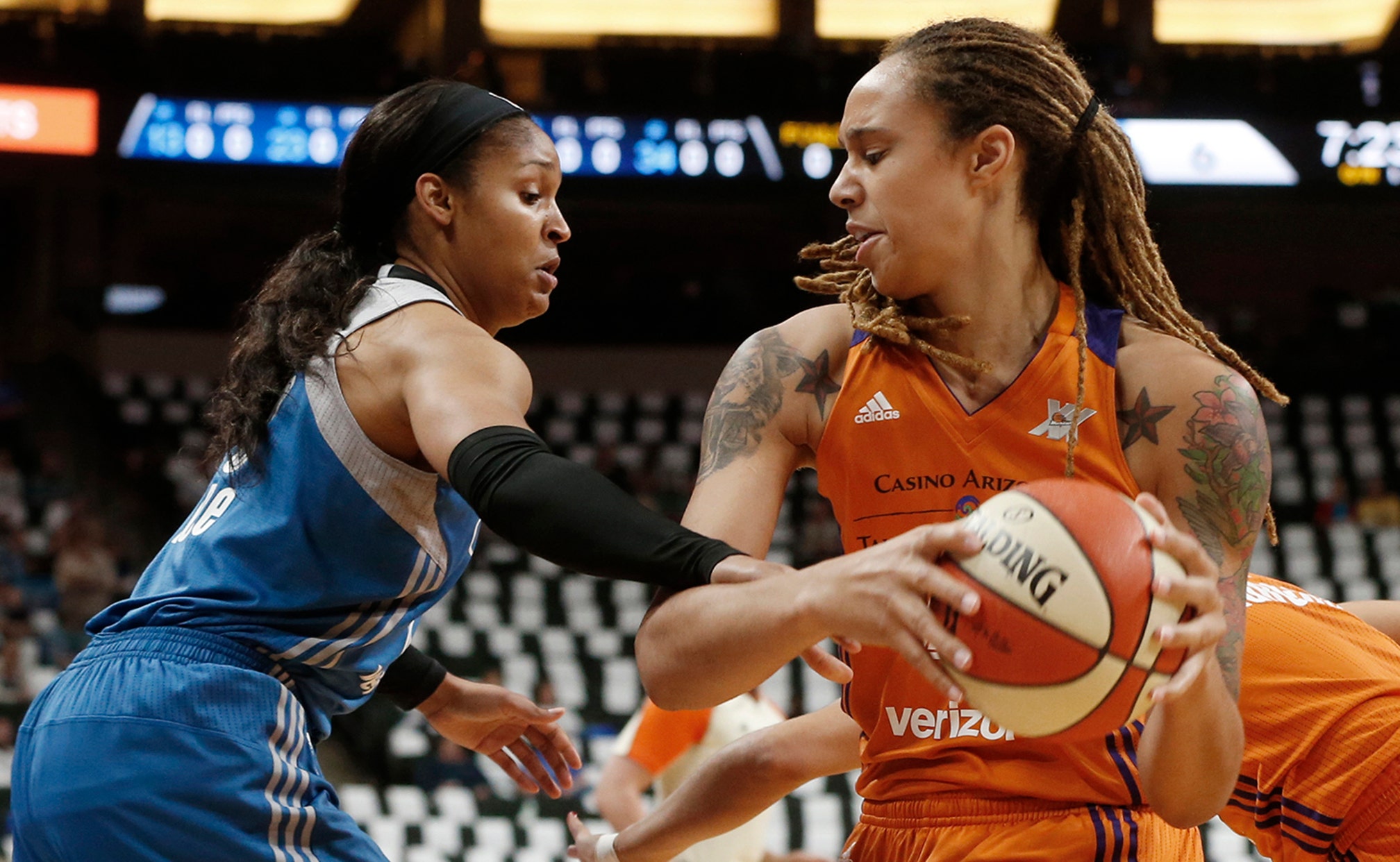 Mercury blown out by Lynx to open WNBA semifinals 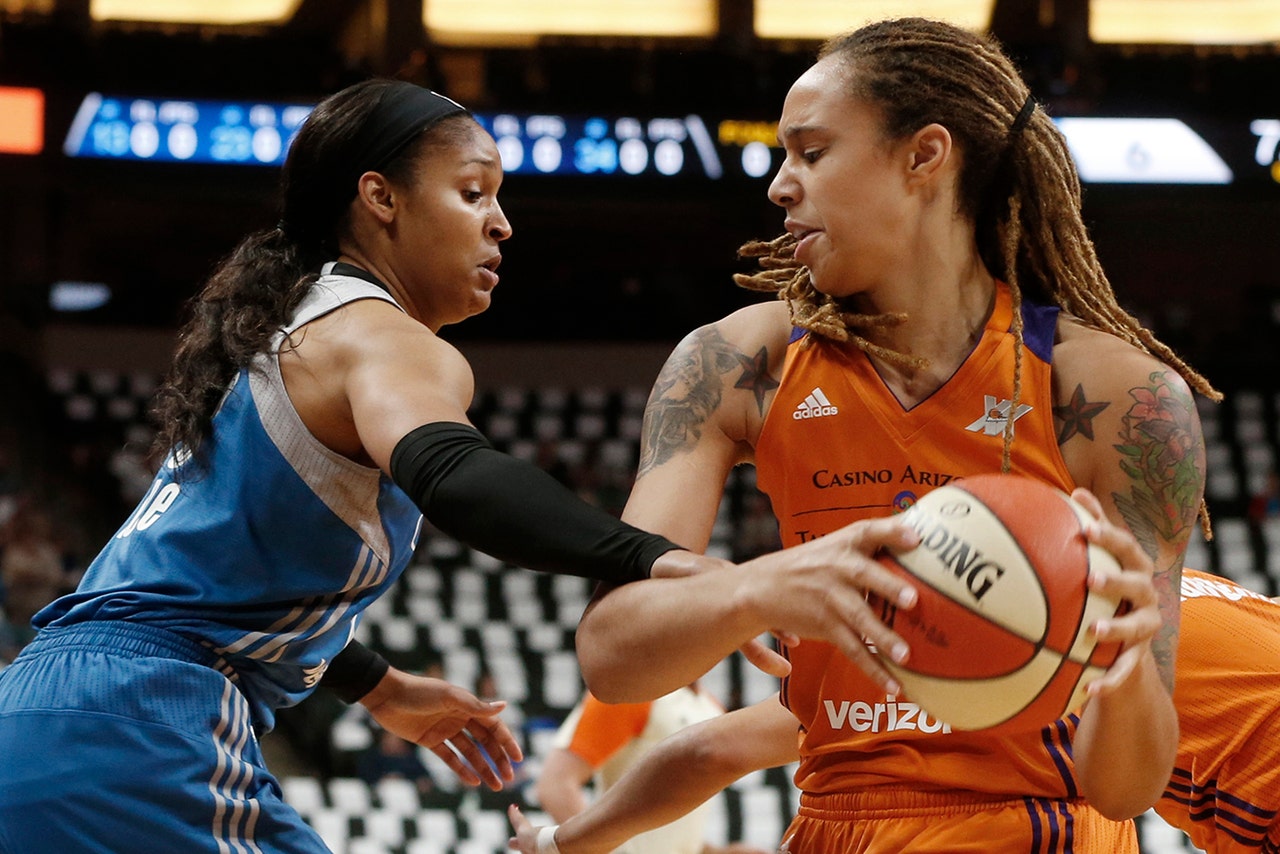 ST. PAUL, Minn. -- Coach Cheryl Reeve and the Minnesota Lynx were not leaving any doubt: nearly two weeks between games was beneficial for the defending WNBA champions.

Maya Moore scored 31 points, including 15 in the second quarter, as Minnesota opened its title defense with a 113-95 win over the Phoenix Mercury in the first game of the WNBA semifinals Wednesday night.

Lindsay Whalen added 19 points and seven assists as Minnesota broke the WNBA record for points in a regulation playoff game. Center Sylvia Fowles scored 16 points and grabbed 10 rebounds for the Lynx, who hadn't played since Sept. 17 as the top seed in the WNBA's new playoff format.

"I think put to rest that narrative that you guys enjoy talking about when a team has 10 or so days off," Reeve said. "That rest was good, preparation was good. That's just kind of what we do."

Diana Taurasi scored 25 points for the Mercury, who have lost each of the four games between the two teams this year. Brittney Griner added 16 points for Phoenix but was held to just two rebounds.

Minnesota shot 63.9 percent from the field and outrebounded the bigger Mercury 38-20.

It wasn’t our night, but we are back in action for Game 2 on Friday. #Out4Redemption

"Pretty hard to get defensive rebounds when they're scoring 64 percent," Phoenix coach Sandy Brondello said. "Got to play better defense, make more shots contested and be in a position to rebound. We have to play a bit more physical. Fowles, she's a beast on the boards."

The Lynx started a bit slow as the Mercury led 14-8 early with Taurasi hitting a pair of 3-pointers.

Minnesota went to its bench with Moore, Whalen and Seimone Augustus taking their first rest. The bench combined with Fowles and Rebekkah Brunson to spark a 12-3 run. Moore, Whalen and Augustus were the centerpieces as the Lynx took control in the second quarter, beginning the period on a 19-4 run.

"You try to throw different things at them," Taurasi said. "Obviously you want to stop Maya, you saw what happened. You want to limit Seimone and Syl and then, oh wait, you have Lindsay Whalen running it down your throat. So, there's a lot of things that we have to kind of prioritize, and we didn't do any of those today."

Minnesota led by as many as 25 and Phoenix sat Taurasi, Griner, Penny Taylor and Candice Dupree for the entire fourth quarter.

Both teams are dealing with injuries to their backup centers.

Reeve announced after the game that Janel McCarville was unavailable Wednesday because of back spasms. Reeve said the team is working to relieve the spasms but she was unsure of McCarville's availability for Game 2.

Mercury center Kelsey Bone left the game in the fourth quarter after being down on the court with an apparent injury. Bone walked off under her own power and went immediately to the locker room holding her left elbow.

The Lynx will also play the 2017 season at the Xcel Energy Center.

Mercury: Backup center Kelsey Bone left the game in the fourth quarter after being down on the court with an apparent injury. Bone walked off under her own power and went immediately to the locker room holding her left elbow. ... Marta Xargay started her second playoff game for Phoenix after making only six starts in the regular season. Xargay was limited to seven minutes in the first half after picking up three quick fouls. ... The Mercury had won four straight games, including two in the playoffs as the eighth seed. ... Minnesota's 113 points broke the mark of 108 scored by Chicago in the second round. The overall WNBA record for points in a playoff game is 120 set by Phoenix in 2009 in overtime against Indiana.

The two teams play Game 2 of the best-of-five series on Friday, Sept. 30 at the Xcel Energy Center