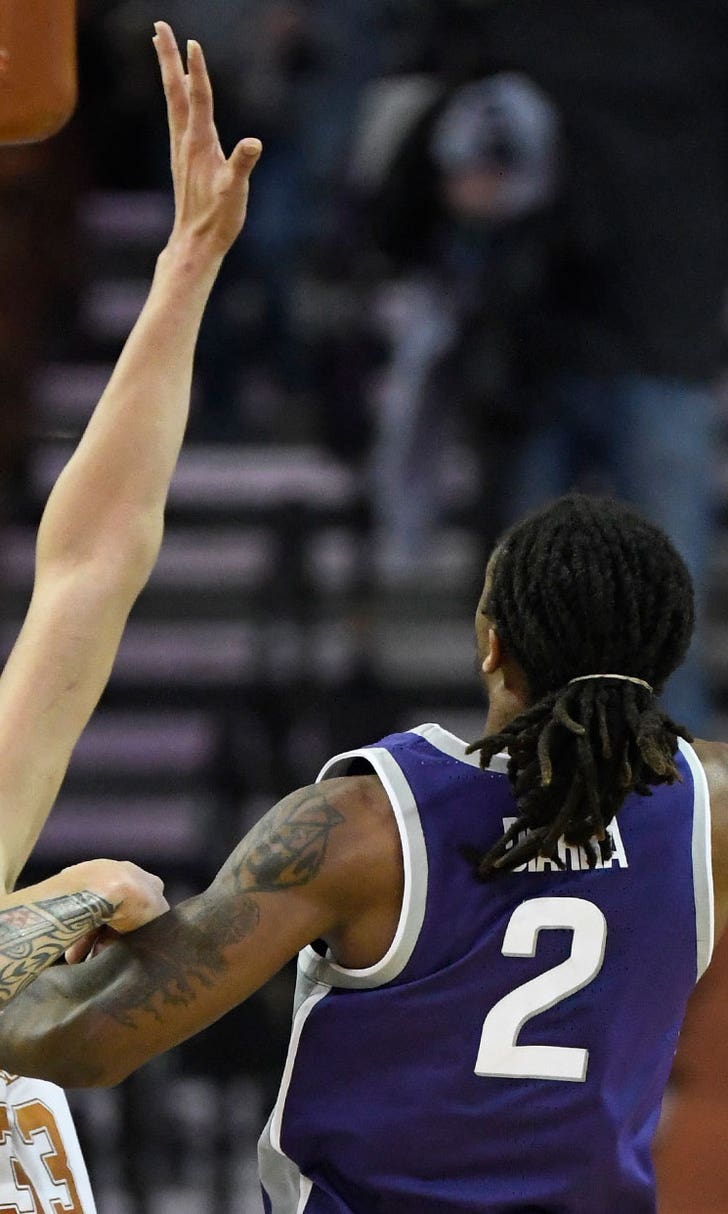 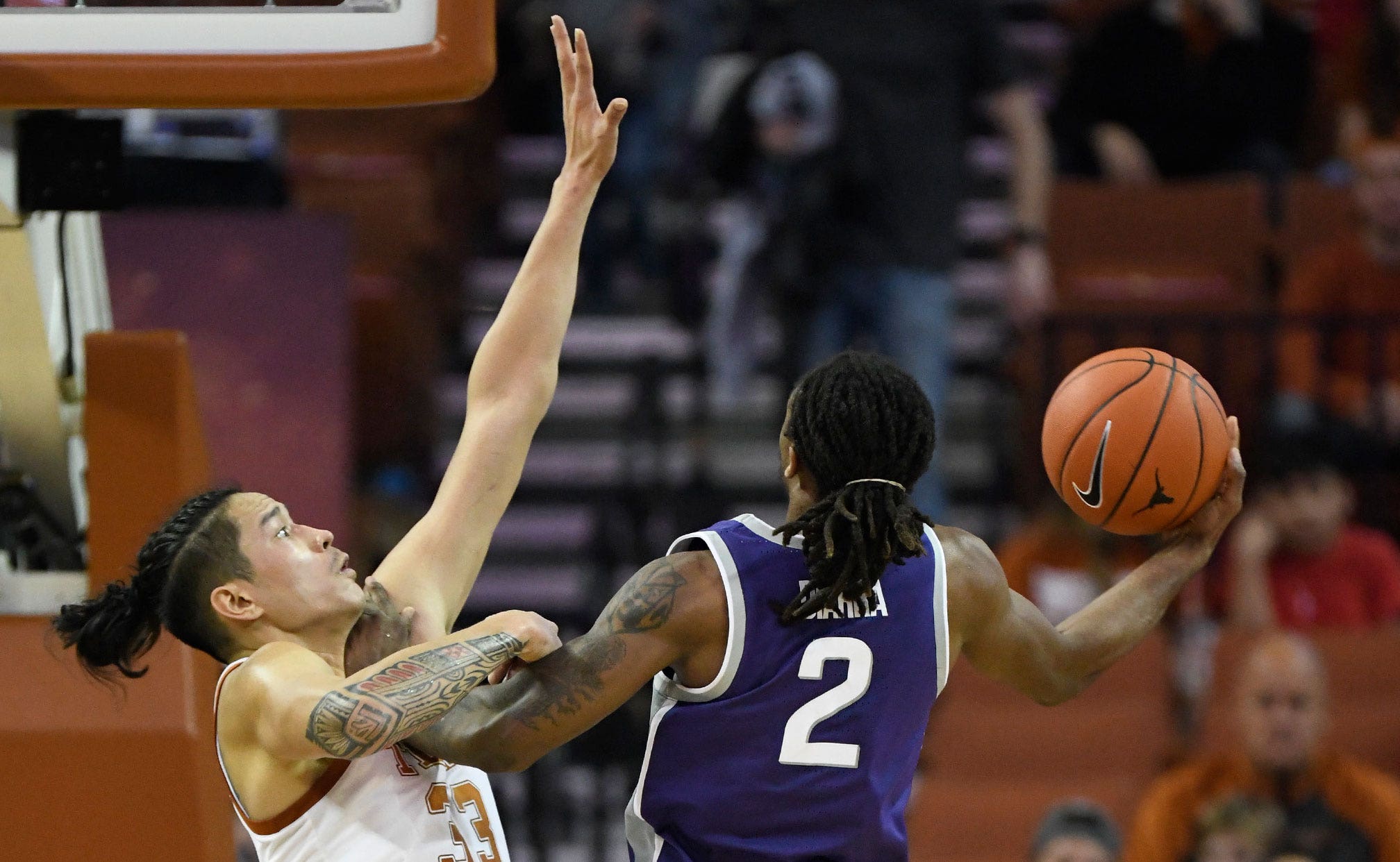 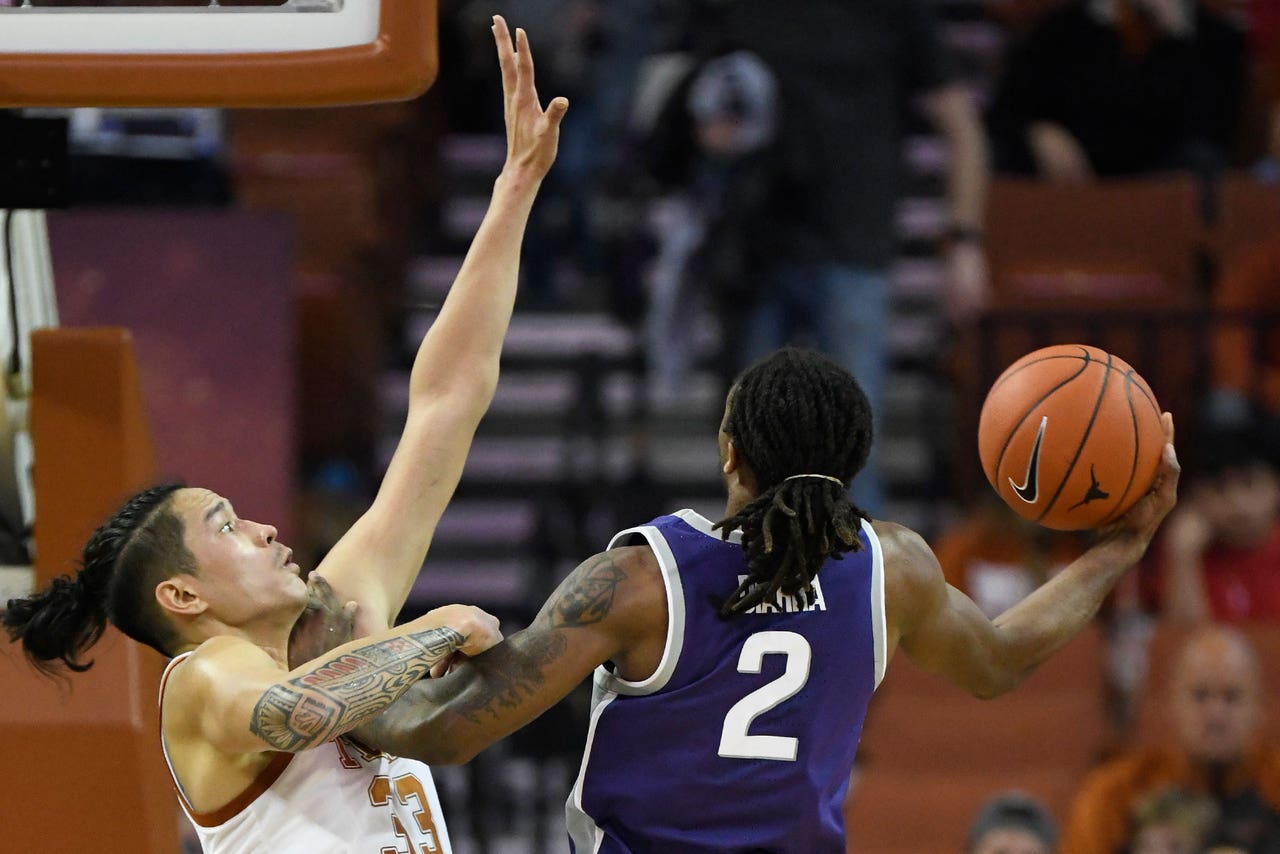 AUSTIN, Texas — Texas turned up a lock-down defense to get the Longhorns their first Big 12 win of the season.

Matt Coleman III scored 14 points, and the Longhorns held Kansas State scoreless for the first eight minutes of the second half to pull away for a 64-50 victory Saturday night.

“We just took pride on defense, and it carried over to offense," said Coleman, who also had three steals. "It let us play more freely."

Texas led 31-27 at halftime, then shut down everything the Wildcats tried to do. The Longhorns forced four shot-clock violation turnovers before Kansas State scored its first basket of the half.

Even those points were hard to come by. The Wildcats' first bucket of the half came on a basket interference call against Texas. They wouldn't actually put the ball through the rim for another 90 seconds.

That gave the Longhorns' struggling offense all the chance it needed to extend the lead and put the game away. Courtney Ramey made consecutive 3-pointers, then fed Andrew Jones a nifty lob pass for a layup that put the Longhorns ahead 43-27.

Ramey finished with 11 points, and Jase Febres added 10 points for the Longhorns.

“They were very physical defensively. I thought it got our guys a little bit rattled,” Kansas State coach Bruce Weber said.

The win allowed Texas (11-4, 1-2) to avoid just its third 0-3 start in the Big 12 and its first in six years. And it eased the pressure in the locker room, Longhorns coach Shaka Smart said.

“We had some guys who were feeling some tension,” Smart said.

Kansas State: The Wildcats had long delays just getting to Austin. Bad weather across the Midwest grounded their flight on Friday night. The trip Saturday was delayed when the plane had a mechanical problem, and was later held up on the tarmac for another two hours, Weber said.

The Wildcats didn't get to town until about four hours before tipoff.

“You know the saying, ‘When it rains, it pours?’ Well, it was pouring ice,” Weber said. "Texas didn't care. Texas didn't feel sorry for us."

Texas: The Longhorns were exceptional on 3-pointers under pressure. Texas made four that barely beat the shot clock and didn't even go through the rim before the horn sounded. That included an off-balance shot by Kamaka Hepa that ended the first half.

Texas made 10-of-23 3-pointers for the game to help overcome 20 turnovers.

“Make some shots from the outside, and it makes a difference,” Smart said. "Our guys made some shots against the clock."

Texas had a season-high nine blocks. Four were by 6-foot-5 guard Febres.

“I used to do that in high school. I was just flying around, trying to get my hands on the ball," Febres said. "I’ve been able to do this, but when I got to college, I’m a little guy now."

Texas earned program win No. 1,800 and became the 18th school to reach the milestone. ... Texas forward Jericho Sims missed his fourth consecutive double-double when he finished with 8 points and 8 rebounds. ... Kansas State has been held under 60 points the last two games.