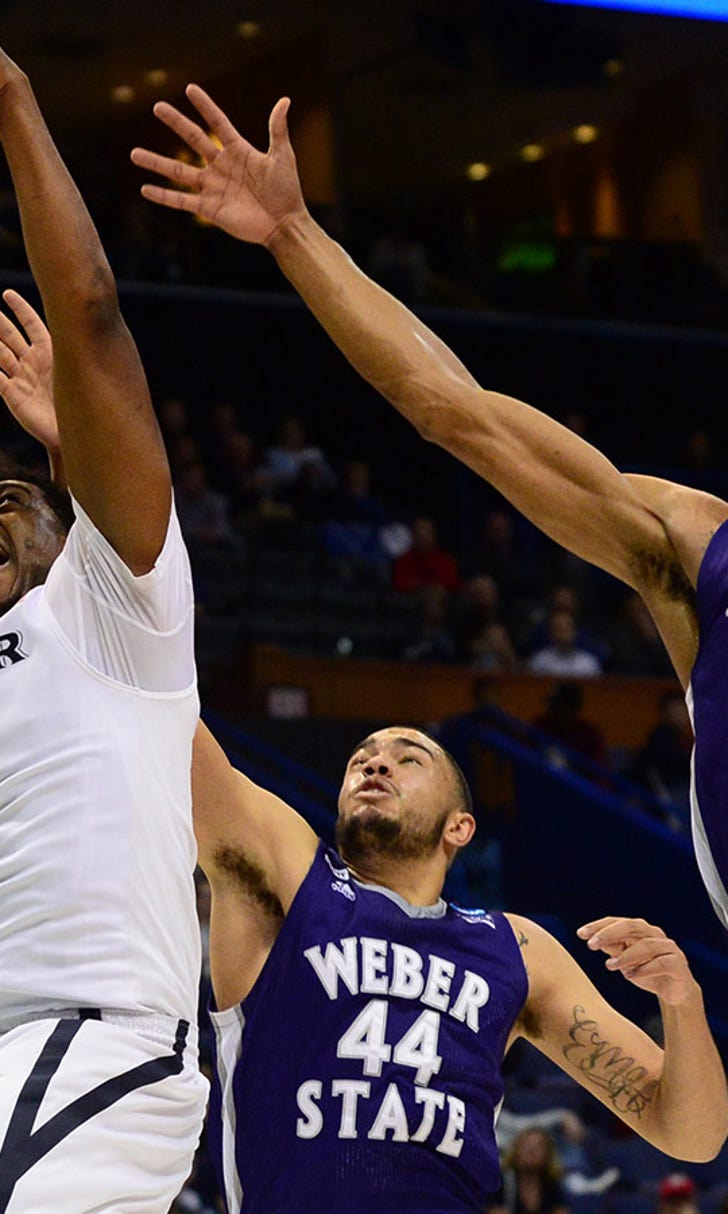 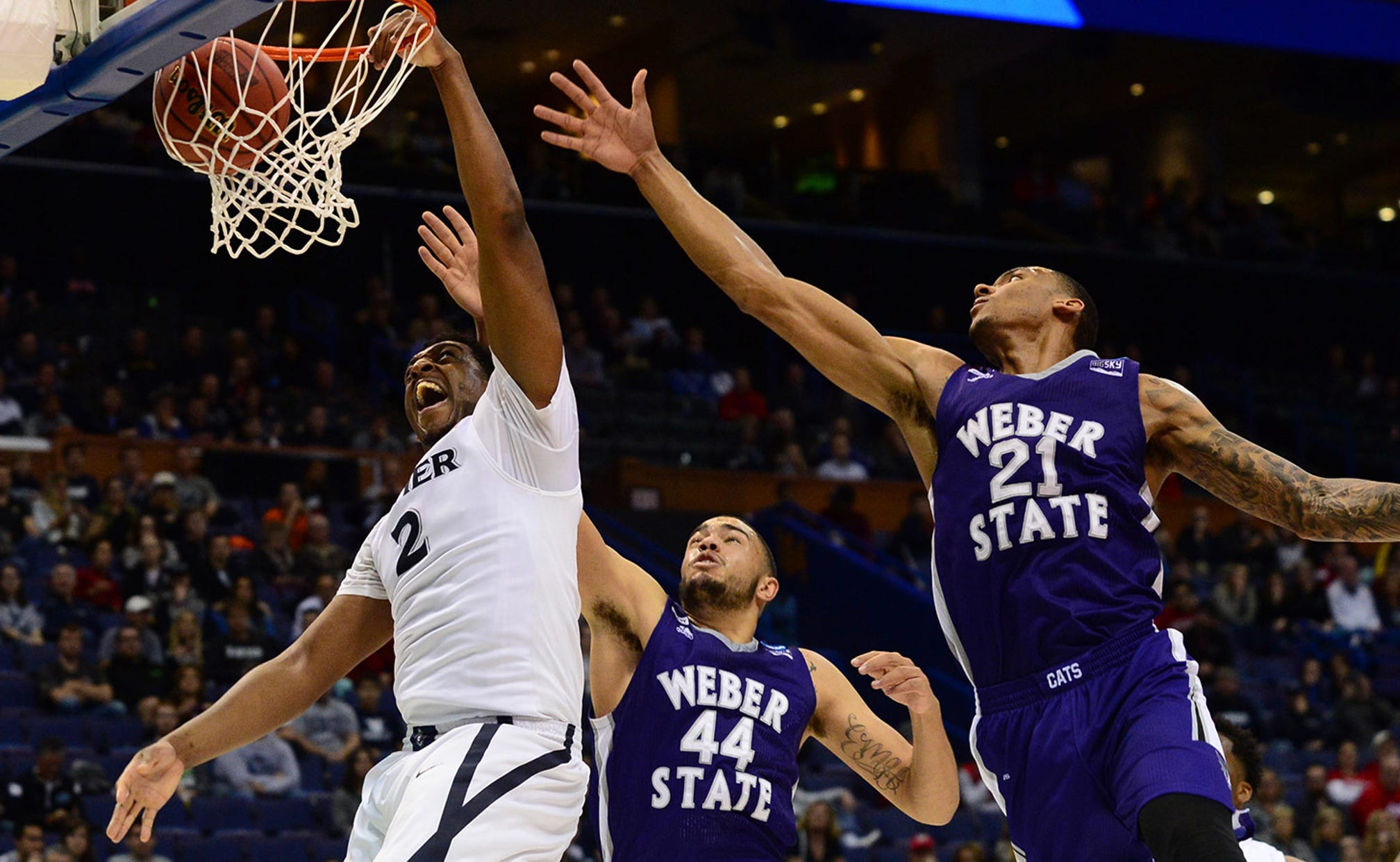 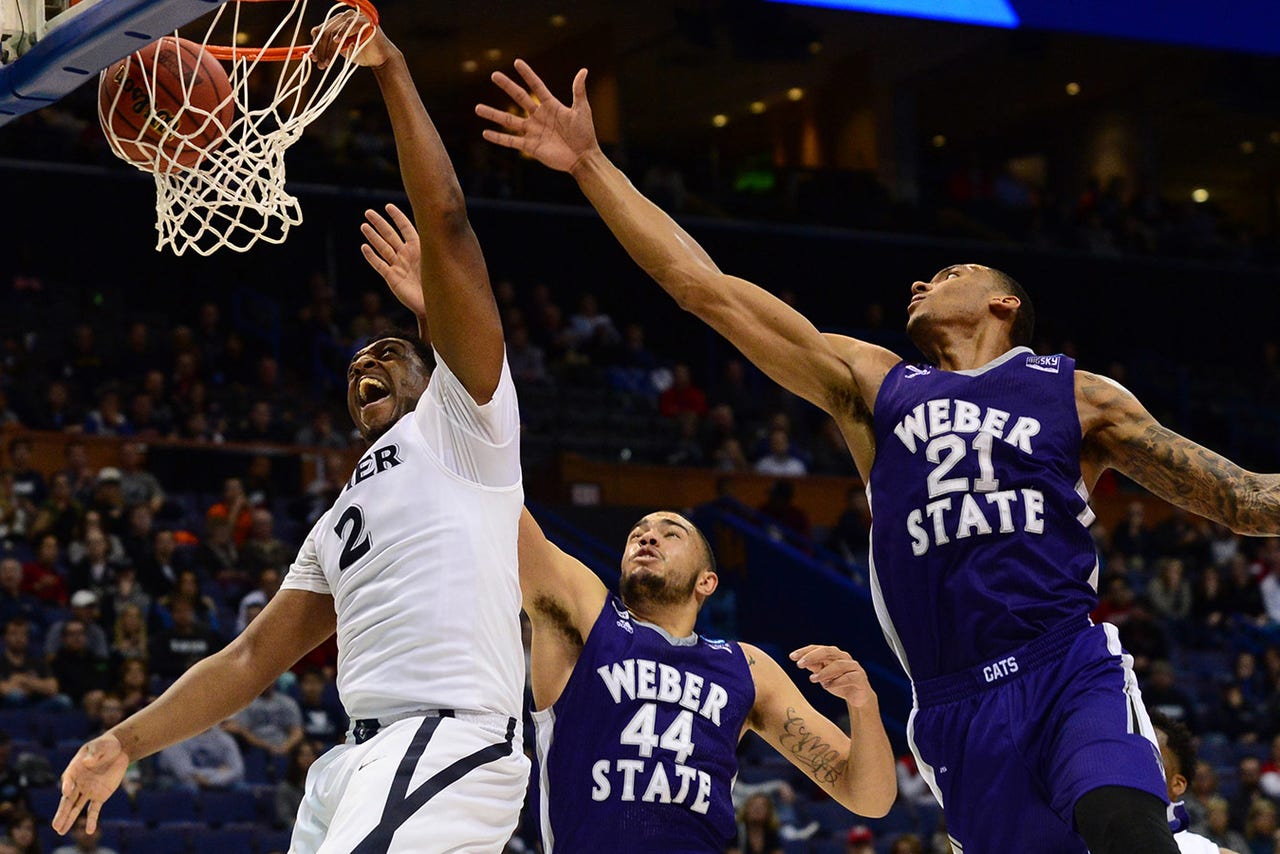 ST. LOUIS -- James Farr and Jalen Reynolds stood out immediately when Weber State coach Ricky Rahe began to watch video of Xavier in preparation for their first-round matchup in the NCAA Tournament. 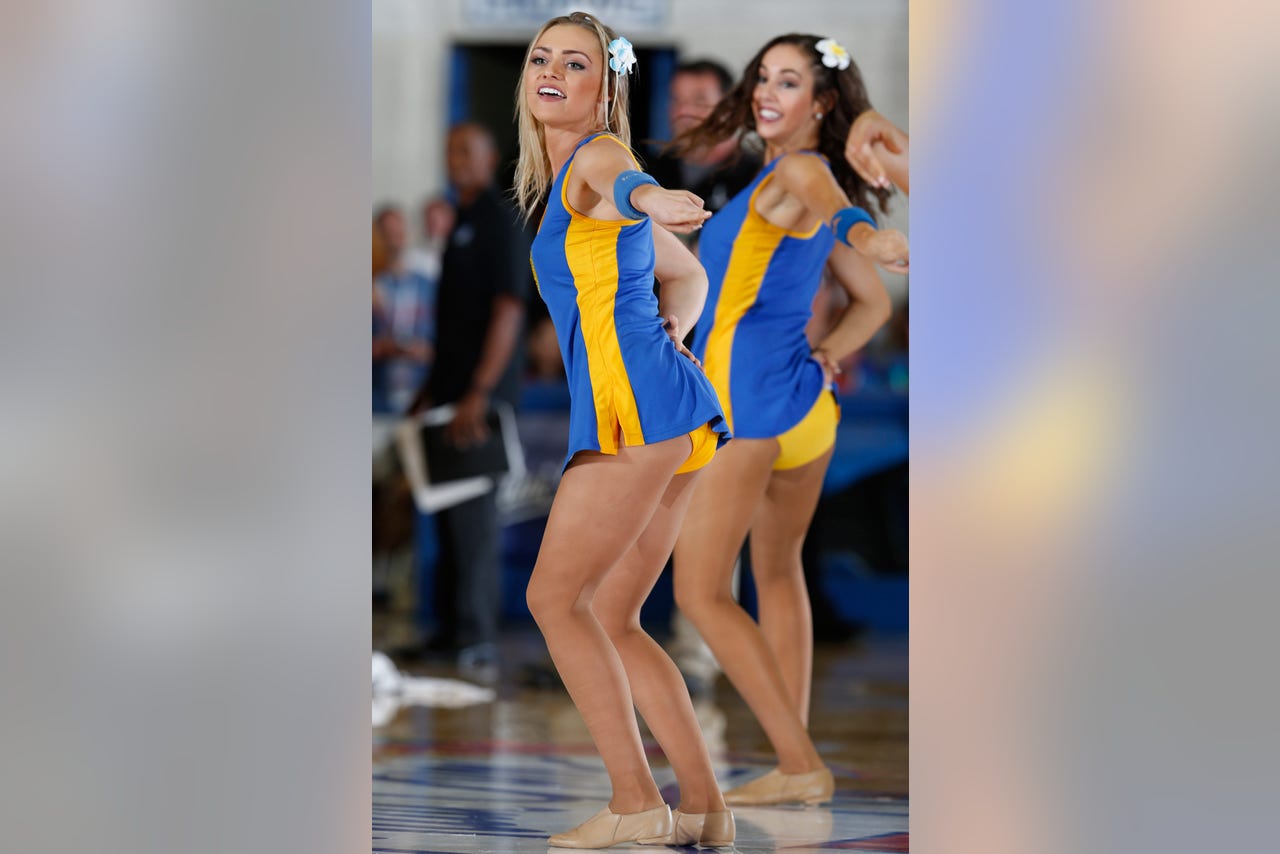 In other words, they're pretty hard to miss.

The duo used that size to their advantage Friday night, powering the second-seeded Musketeers to a 71-53 victory over the 15th-seeded Wildcats. Farr finished with 18 points and 15 rebounds while Reynolds added 12 points in a first-round matchup that became lopsided only in the closing minutes.

"They're big, strong boys," Rahe said. "Our guys battled them but they were what I thought they would be. Maybe even bigger in person than what I thought on film, but they're really good players."

They had help, too. Remy Abell contributed 11 points and Trevon Bluiett had 10 for the Musketeers (28-5), who never trailed in advancing to play seventh-seeded Wisconsin for a spot in the Sweet 16.

The Badgers trudged past Pittsburgh earlier in the night.

Weber State (26-9) was within 54-47 midway through the second half when Farr and Reynolds, both of them heftier than anybody on the Wildcats' bench, began to impose their will. They pounded right through Weber State's back line for easy buckets, allowing the Musketeers to slowly draw away.

"I didn't want to go home," Reynolds said. "We're glad to get this win but we know we're nowhere near our goal, and we just want to keep getting better every game."

Joel Bolomboy finished with 14 points for the Wildcats. McKay Cannon had 10.

Early on, it looked as if Xavier learned a lesson from fellow No. 2 seed Michigan State, which was upset by Middle Tennessee State. The Musketeers opened a 21-6 advantage before the game was 10 minutes old, executing flawlessly on both ends of the floor.

"We watched the game earlier and we saw that, and that made us want to be even more locked in because those kinds of games can happen," Bluiett said. "We were pretty focused."

For a while. Then they started to get sloppy.

It started with one turnover that quickly became contagious, and the miscues eventually seeped into their shooting. Weber State took advantage of the opening, closing within 34-23 by halftime.

The Wildcats kept inching closer early in the second half.

Cannon scored seven quick points, Bolomboy hit a 3-pointer and by the time Xavier coach Chris Mack looked at the scoreboard, the lead was down to 46-39 with 13 minutes left.

The Wildcats managed it without starting guard Ryan Richardson, too. He hit the deck early in the game and came up favoring his leg. He tried to warm up for the second half but stuck with a seat on the bench.

The way Reynolds and Farr began to pound away, it was probably the safest place to be.

Reynolds twice flushed one-handed dunks over the Wildcats midway through the second half, and Farr was there to collect loose rebounds for easy put-backs.

Their size eventually became too much for tiny Weber State to handle.

Xavier's priority was shutting down Weber State's Jeremy Senglin, the Big Sky Tournament's MVP. He was just 3 for 11 from the floor, missed all five of his 3-pointers and finished with seven points. "We knew they relied on him and Bolomboy for their points," Xavier guard Myles Davis said. "Remy is one of the best defenders in the country and he played his butt off tonight on Senglin."

Xavier: Davis had six points, eight rebounds and six assists. ... The Musketeers, with the best seed in school history, are seeking their sixth trip to the Sweet 16 in the last nine seasons.

Xavier plays the Badgers on Sunday.