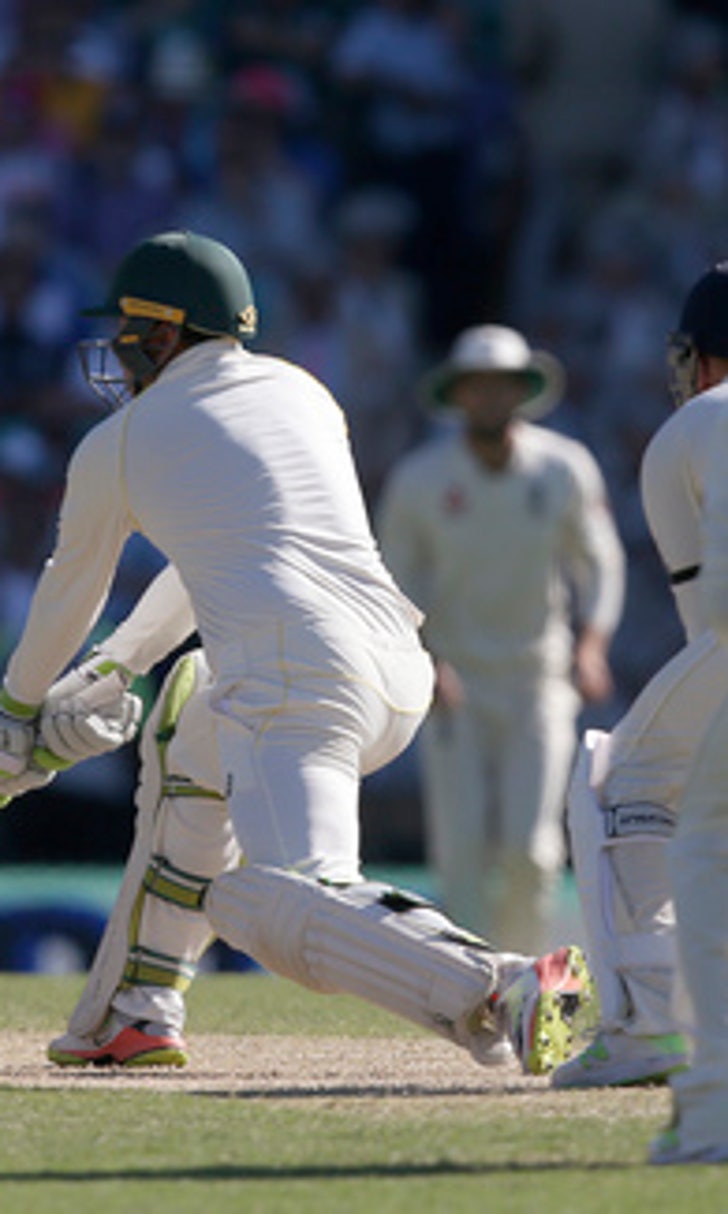 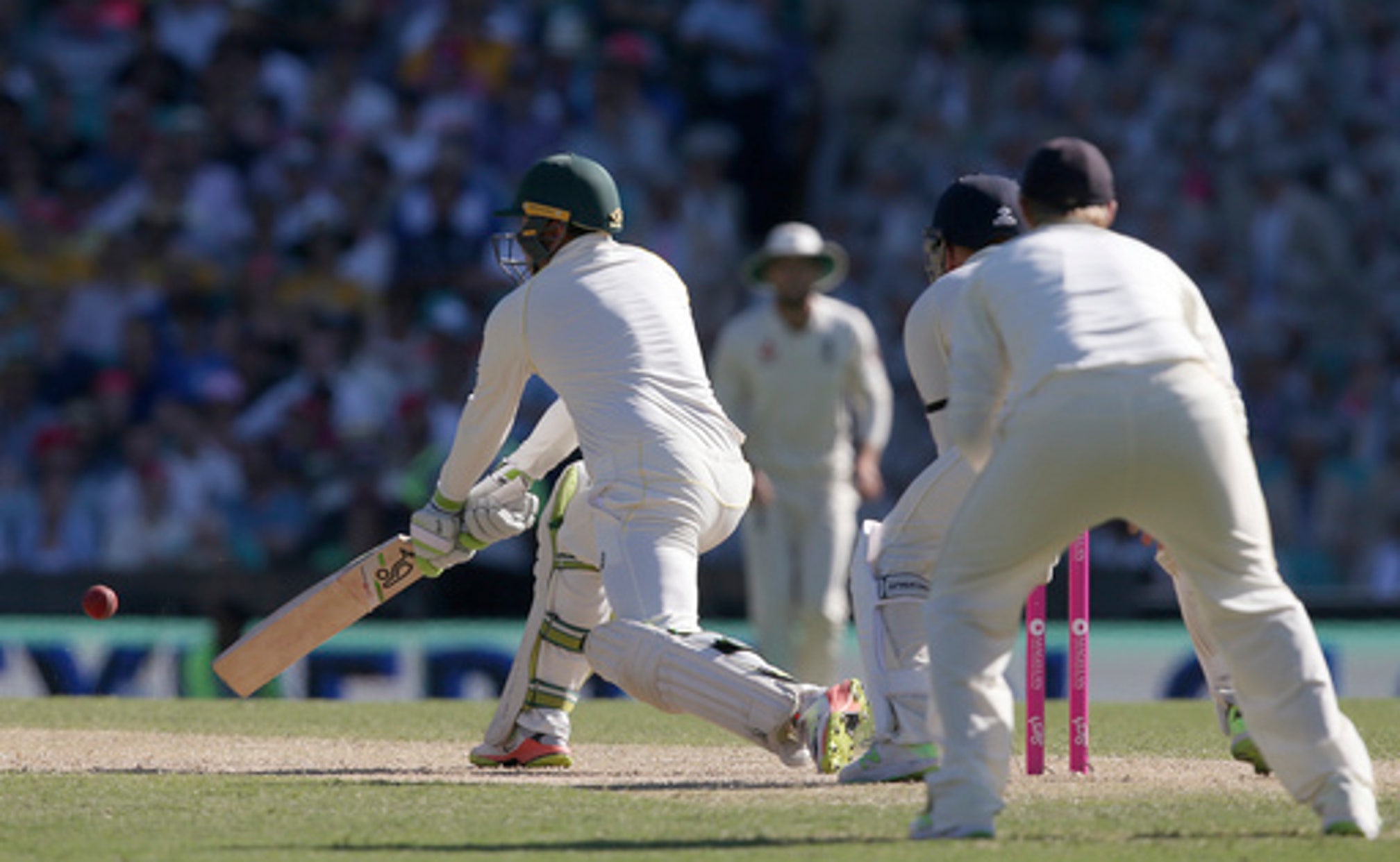 Khawaja answers critics with first century in an Ashes test

SYDNEY (AP) Usman Khawaja answered his critics Saturday with the best way he knows how: By scoring runs, and lots of them.

Khawaja made 171 on the third day of the fifth Ashes test at the Sydney Cricket Ground for his first century since his 145 against South Africa in Adelaide in November 2016, a span of 15 innings.

It was a timely innings for the 31-year-old as questions around his spot in the team had begun to arise after only scoring two 50s in six innings this Ashes series.

''It's disappointing to hear, but it's something I have dealt with throughout my career,'' said Khawaja, who has six test centuries at an average of 45.8.

''When I am scoring runs, I'm elegant, and when I'm not scoring runs I'm lazy. Can't seem to win when things aren't going well.''

Resuming on 91 Saturday, the left-hander answered those doubts emphatically as he calmly guided his way through the 90s to raise his century in the eighth over of the day with a cut off Moeen Ali to backward point for two runs for his maiden Ashes century.

It came off 222 balls with seven boundaries and a six.

A clearly relieved Khawaja celebrated by removing his helmet and raising his bat toward his teammates and family seated in the Members Stand at the SCG, before being warmly embraced by his captain Steve Smith.

''It's awesome,'' Khawaja said after the close of play. ''The SCG was where I grew up playing cricket for New South Wales and an Ashes century is something I have wanted for a long time and I haven't been able to achieve. So it was very satisfying.''

Khawaja went on to pass 150 for just the second time in his 29 tests and was eventually dismissed by debutant leg spinner Mason Crane, stumped by Jonny Bairstow for 171 off 381 balls. His 515 minute innings included 18 boundaries and a six straight down the ground off Ali to raise his 50 on Friday.