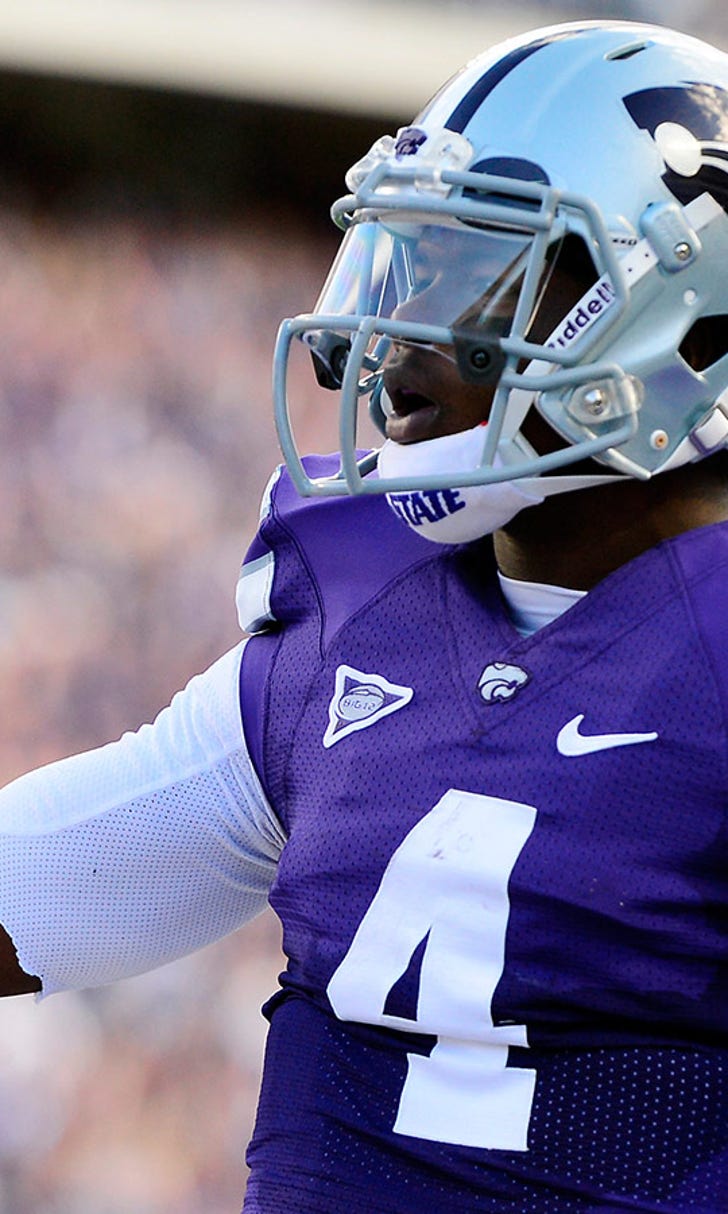 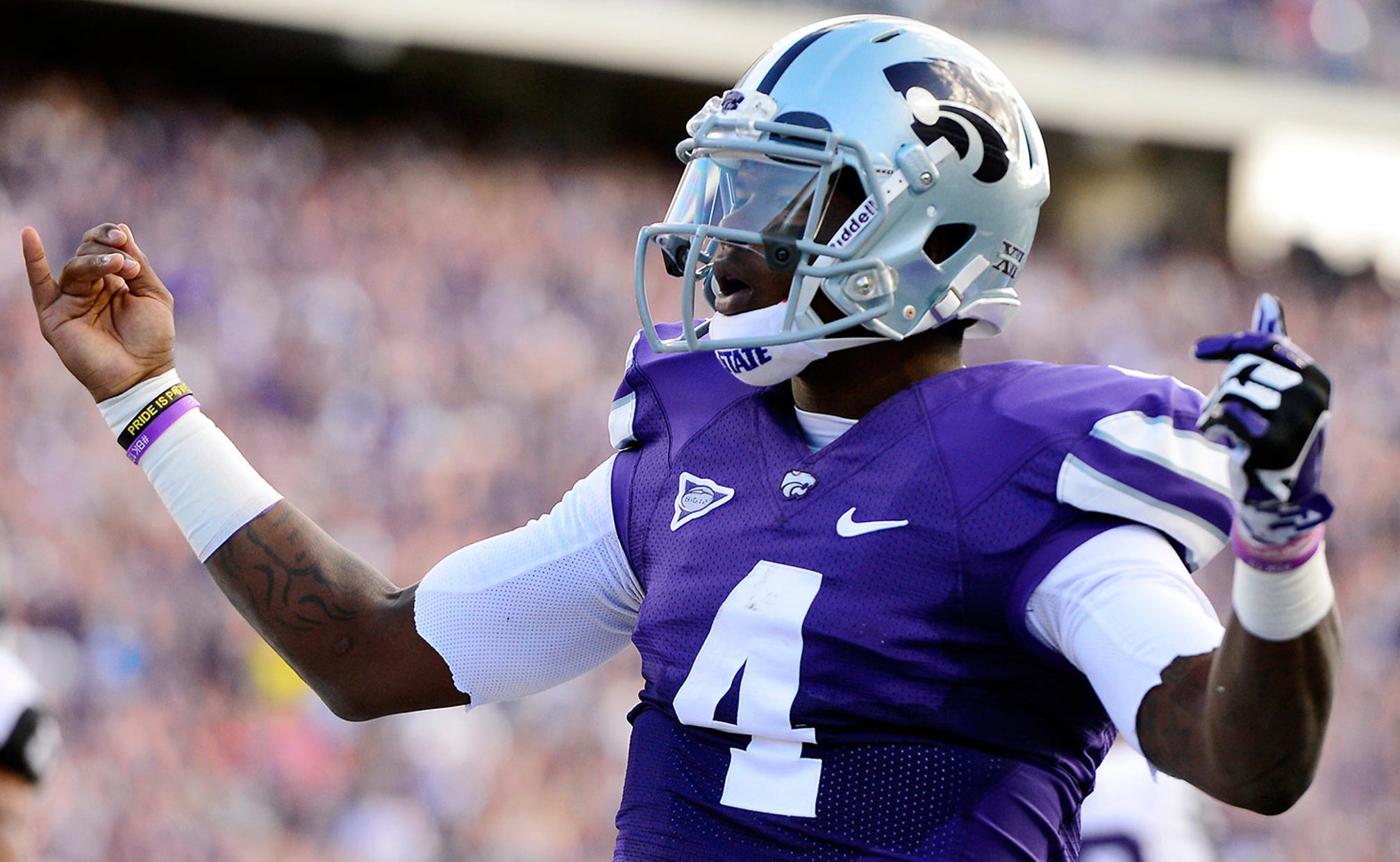 previous story
Nolan Ryan: 'It's a matter of time' before Darvish gets a no-hitter
next story
Lake homers, drives in six, Cubs rout Cardinals 17-5 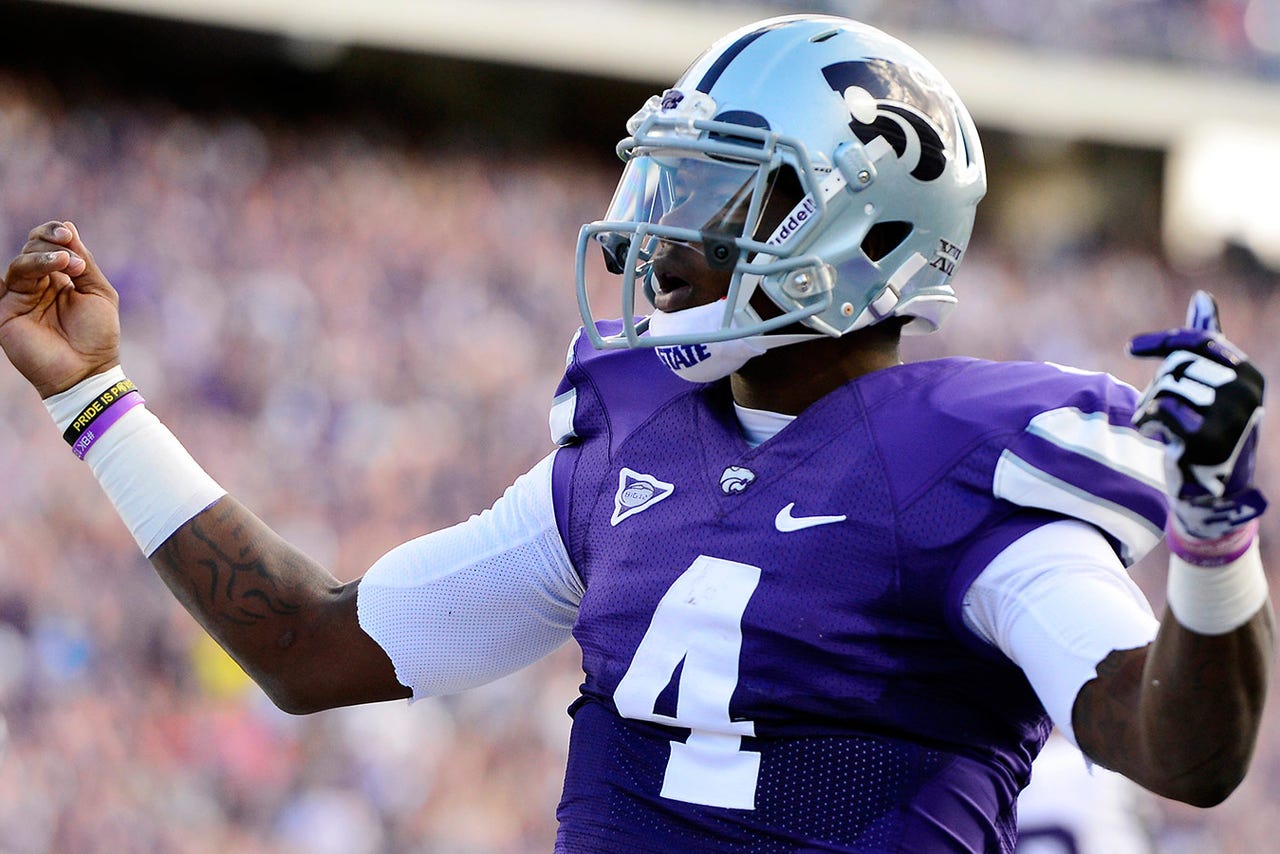 Sams announced his plans to transfer from the Wildcats on Monday night.

If twitter had enough characters to go on I will do that. I just wanna say I love my team, the fans, and this journey. #emaw at ❤️ I promise

The rising junior spelled Collin Klein in 2012 and rushed for 235 yards and three touchdowns, breaking the school's rushing record for freshman quarterbacks.

He competed with Jake Waters for the starting job in 2013 and played in all 13 games, rushing for 807 yards and 11 touchdowns. He also completed 38-of-53 passes for 452 yards and four touchdowns.

His 1,042 career rushing yards are fourth-most in school history for quarterbacks.

This spring, he moved to receiver, ceding to Waters, who moved to full-time starting quarterback.