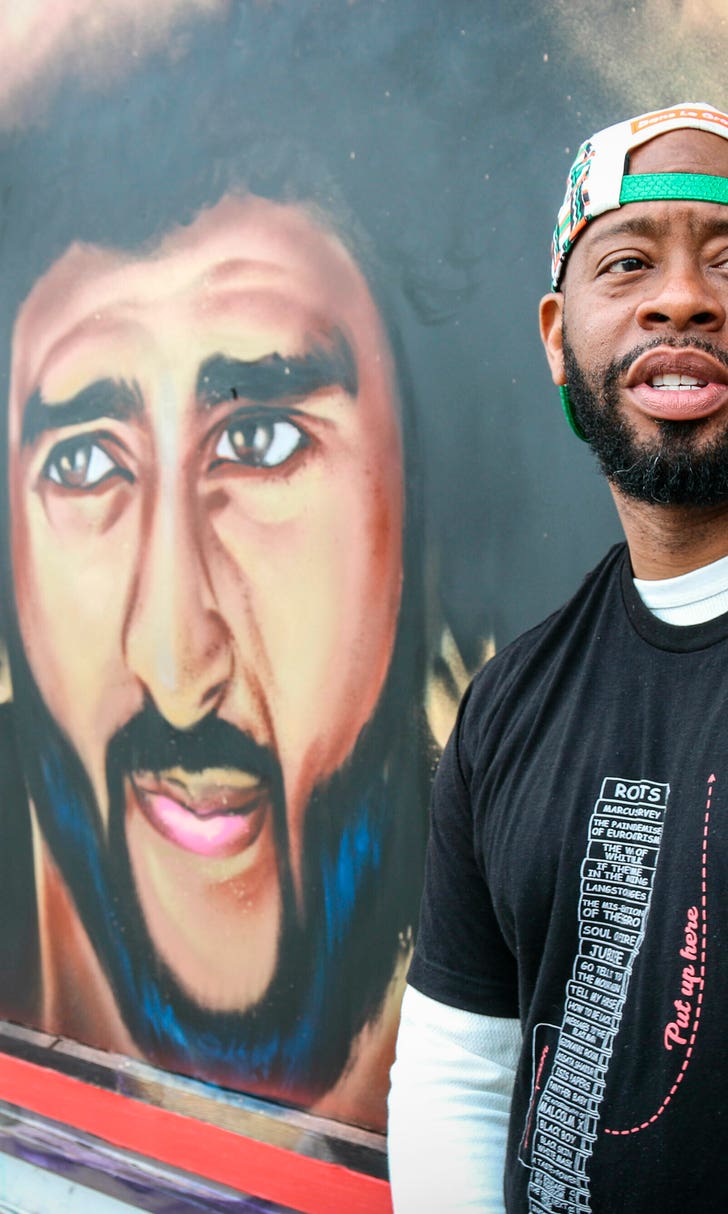 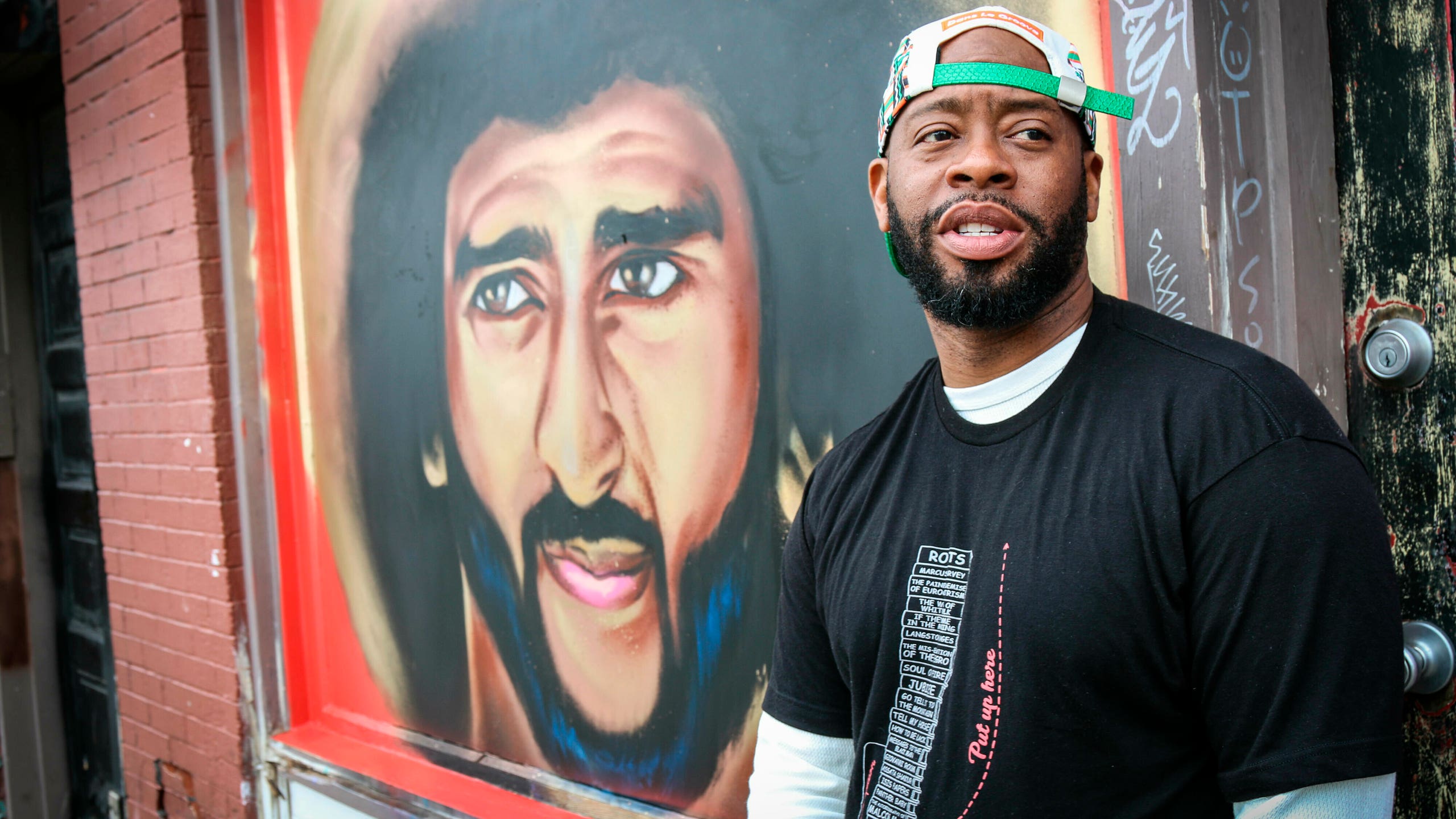 Kaepernick mural removed before Super Bowl to be replaced

ATLANTA (AP) — The Atlanta artist community is responding in force after a mural featuring embattled former NFL quarterback Colin Kaepernick was turned to rubble days before the Super Bowl.

Fabian "Occasional Superstar" Williams was dismayed when he learned that his mural was destroyed Friday, but he quickly rallied fellow Atlanta artists to respond by creating at least seven new Kaepernick murals, spread out across the city that is no stranger to public dissent and civic response.

Kaepernick is a former San Francisco 49ers quarterback who knelt during the national anthem in 2016 to protest police brutality, racial inequality and other social issues. He last played in 2016.

"We immediately started to look for business owners that would allow us to paint pictures of Kaepernick. We were like, 'Well how many are we going to do?' I'm like seven, since that's his jersey number. And also because seven is a divine number. That's God's number," Williams told The AP on Monday. He is now targeting eight locations for murals.

Some of the murals are finished. Others are still being created, he said. Williams said he wasn't going to let the destruction of an important mural go without a response and he wanted to use art as his mechanism.

"I don't know whose idea it was, but I feel like at the very least it was just insensitive," Williams said of the mural's destruction. The mural, about a mile from the site of Sunday's game, was up for about two years and survived a fire that ravaged the abandoned building months ago. Several high-profile musicians, including Cardi B , declined to take part in the Super Bowl halftime performance because of the Kaepernick controversy, choosing to side with him and his cause.

It's unclear who ordered the demolition, but Williams said he doesn't think the timing was coincidental. The NFL has been heavily criticized for teams' unwillingness to offer the quarterback a contract.

Now, a cartoonish Kaepernick peers out of the Krog Street Tunnel, a popular urban canvas for local artists. Across town behind Mercedes-Benz Stadium, a larger Kaepernick mural overlooks the city, with a radiant glow of gold around his hair.

What do the pop-up Kaepernick murals mean? Why the colorful impromptu effort? Why now?

"It means that Atlanta is the civil rights headquarters and we obviously stand with Kaepernick and his cause. The same things he believes in, we believe in," Williams said.