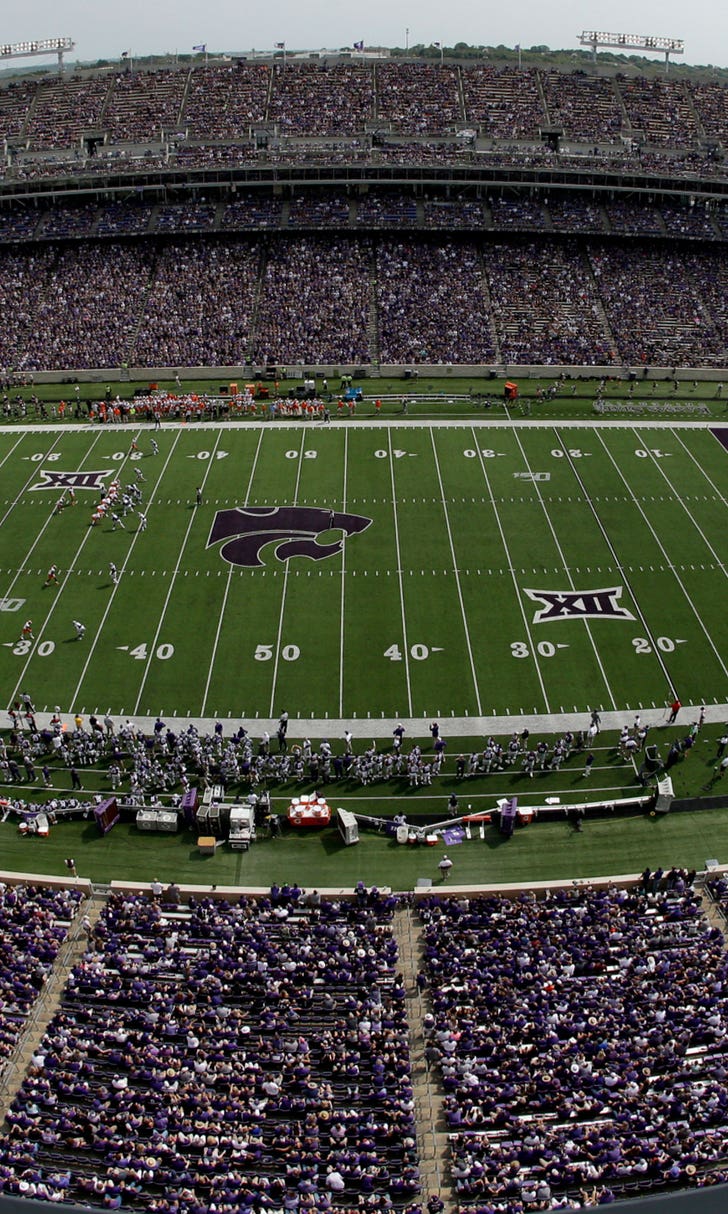 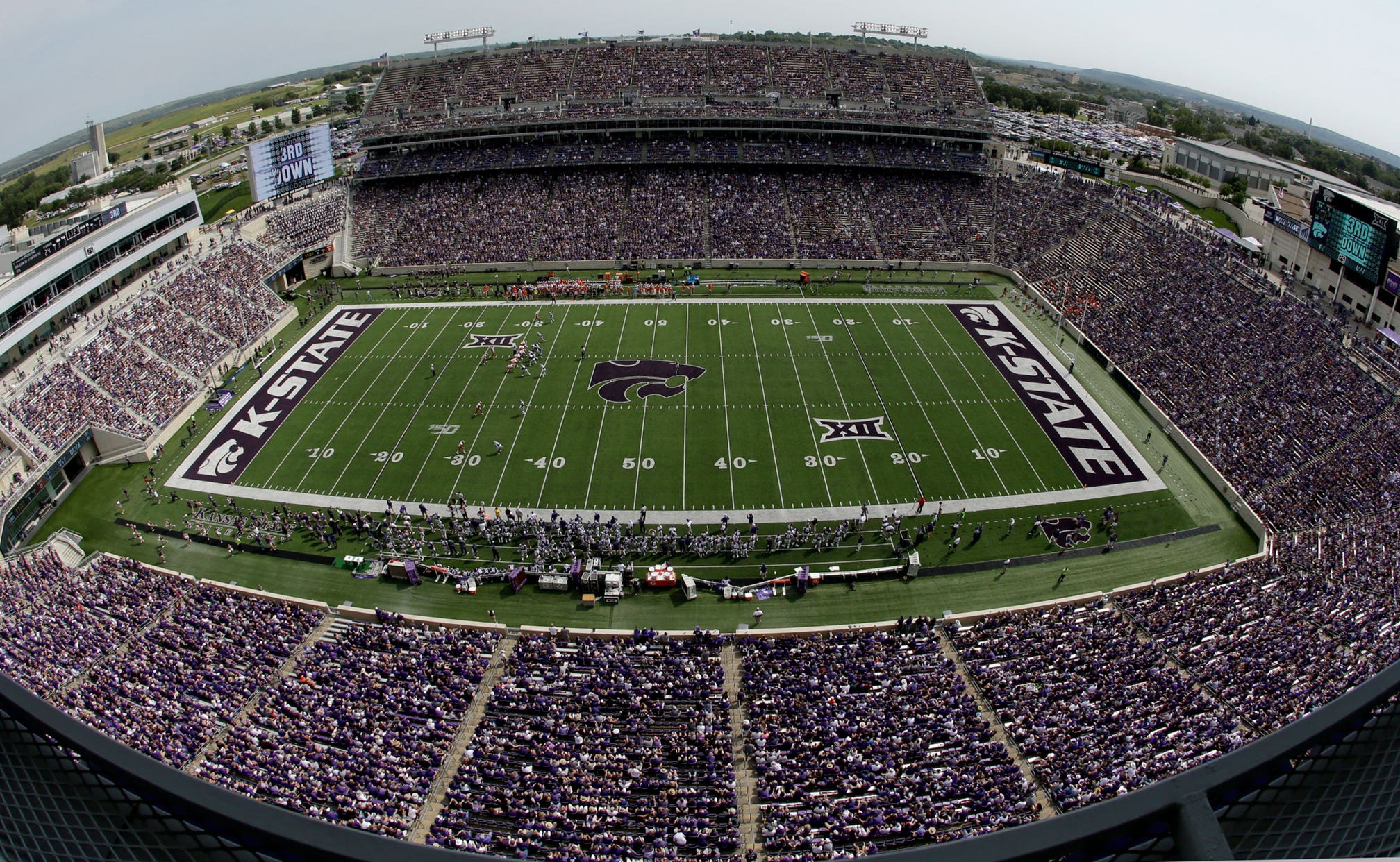 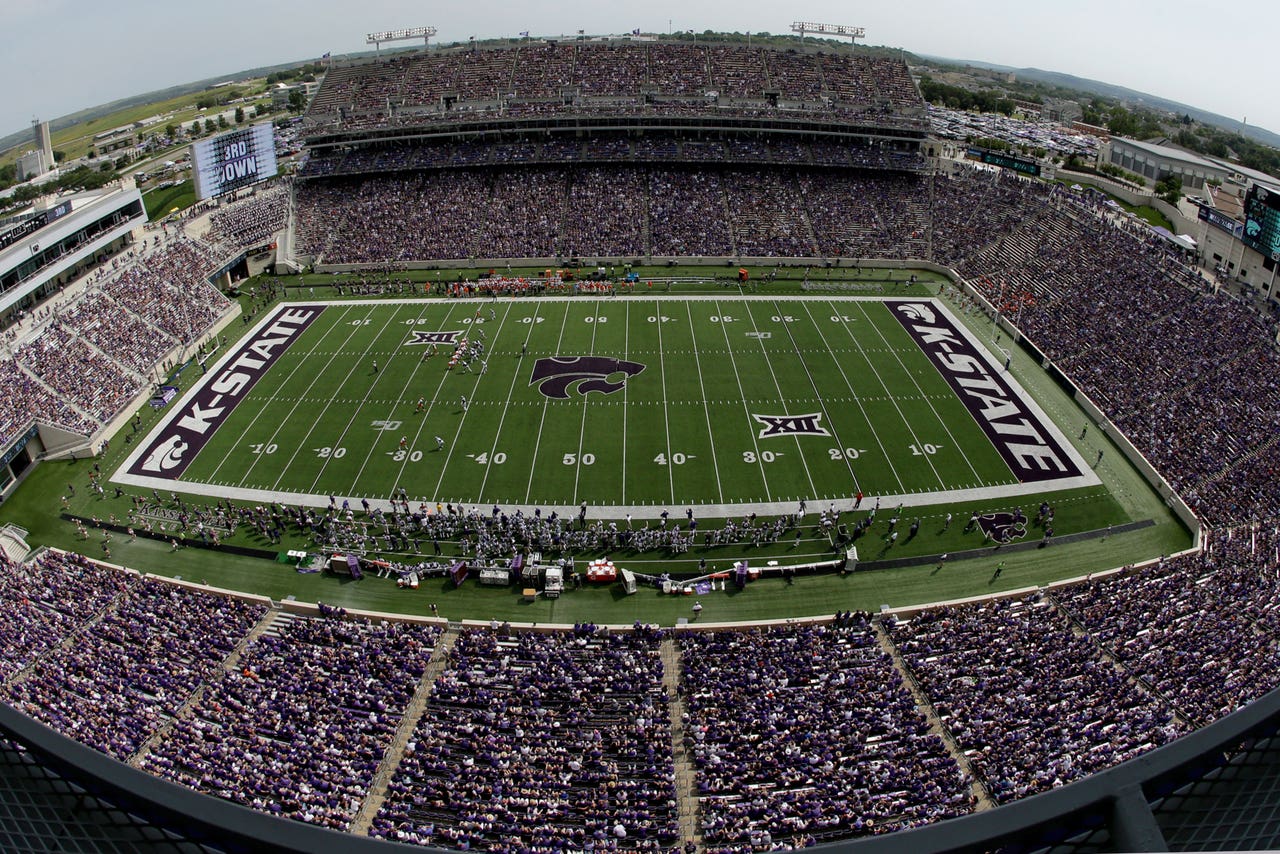 The Wildcats were halfway into a second consecutive rout to begin Chris Klieman's tenure as the football coach. The stands were once again full despite the heat, any thought of fan apathy following the retirement of long-time coach Bill Snyder evaporating into the afternoon sky.

And after the school announced more than $100 million in facility upgrades, Taylor could look to his right and envision what the south end zone of the football stadium will look like. He could look across the field to where the new practice facility will go.

"One of our top departmental priorities is to provide our teams the best facilities they need to compete for championships while doing so in a manner that makes sense for K-State," Taylor explained, "both financially and practically, and this project is consistent with that goal."

The project also underscores how much momentum Kansas State is riding these days.

While many schools are stuck in neutral — down the road, Kansas has been drumming up support for major renovations to Memorial Stadium for years — the Wildcats are pressing forward at breakneck pace.

The department already has raised about $70 million of the total cost, and the Kansas Board of Regents is expected to green-light the new south end zone later this month. It will create new club and premium seating, improve restrooms and concessions, improve on the integration between the stadium and Bramlage Coliseum, and build on the limestone aesthetics already in place.

Elsewhere in the master plan, the football program will get a new $24.5 million indoor practice facility and adjoining outdoor practice field. Both will be located adjacent to the Vanier Football Complex, allowing for quick and easy access to locker rooms and medical facilities.

Also in the plans are a $17.5 million volleyball arena and a $13 million Olympic training center, both of which will be located near the football and basketball facilities.

"We're to the point where our facility infrastructure is No. 1 on my list, followed by 1-A, 1-B, 1-C," Kansas State volleyball coach Suzie Fritz said. "What I love about it is the multi-use facility plan. ... It will have a tremendous impact on a lot of our student-athletes."

The volleyball program has long played in aging Ahearn Fieldhouse, the old home of the Kansas State basketball team. And while it provided its share of fond memories, moving the volleyball team to its new home will put nearly all of the school's athletic programs on one campus.

"What is most significant to us," Taylor said, "and also to our tremendous donors who have already contributed to our fundraising goal, is that these projects will have a direct impact on each and every one of our teams and student-athletes as well as significantly enhance the experience of our fans, especially for football and basketball games and volleyball matches."

Those, of course, are the big revenue-generators for most Division I athletic departments.

There is little doubt that football is king, though, and the success Klieman already has had in replacing the wildly successful Snyder bodes well for the future. Kansas State romped to a 49-14 win over Nicholls State in its opener, then whitewashed Bowling Green 52-0 last Saturday.

Up next is a statement trip to Mississippi State on Saturday.

"It will be a great measuring stick for us, absolutely. To go on the road in a real difficult environment," Klieman said. "I'm excited to see how we respond. We are going to have big games from here on out, and it's a good challenge for us."

Klieman is keenly aware that the momentum Kansas State is riding department-wide depends heavily on the momentum of his own program. The phenomenal run of success he had at North Dakota State created a sort of renaissance felt throughout Fargo, and the same is already taking place in Manhattan.

Taylor could see that firsthand from his vantage point Saturday.