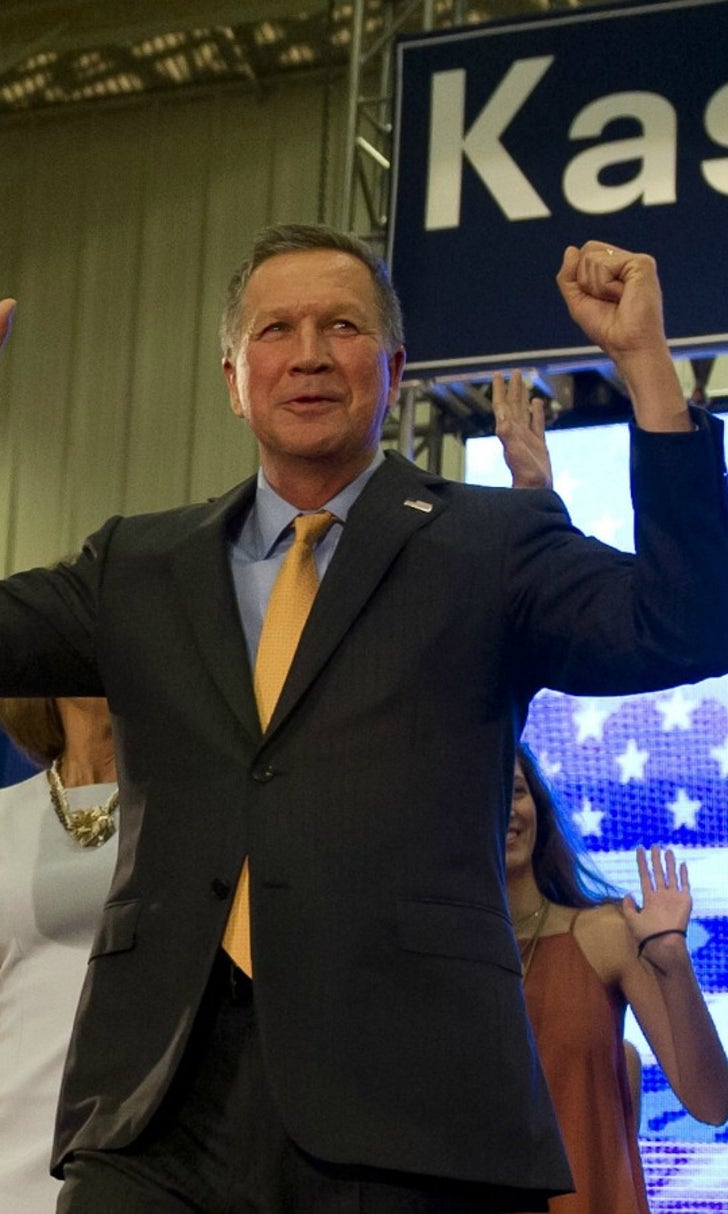 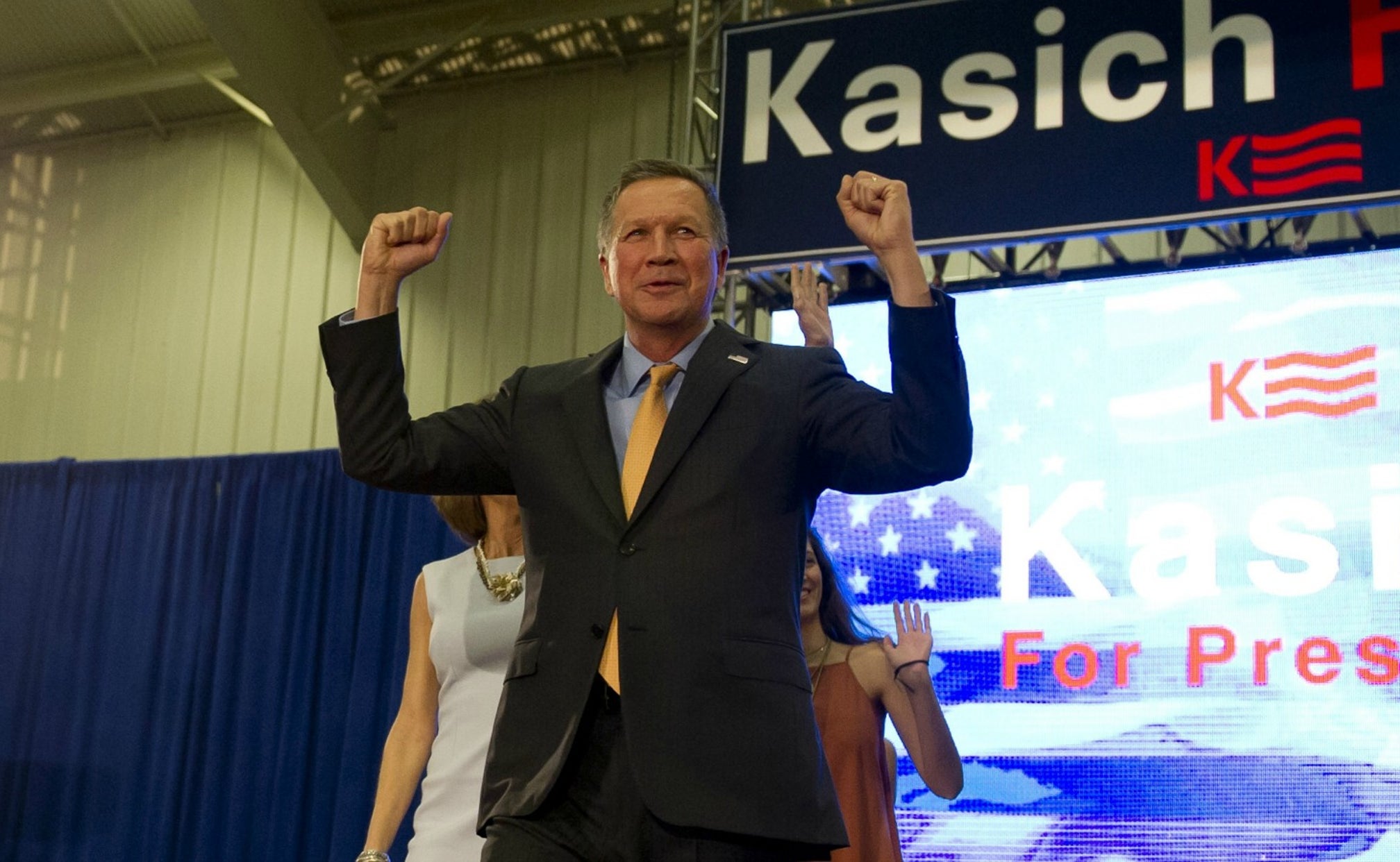 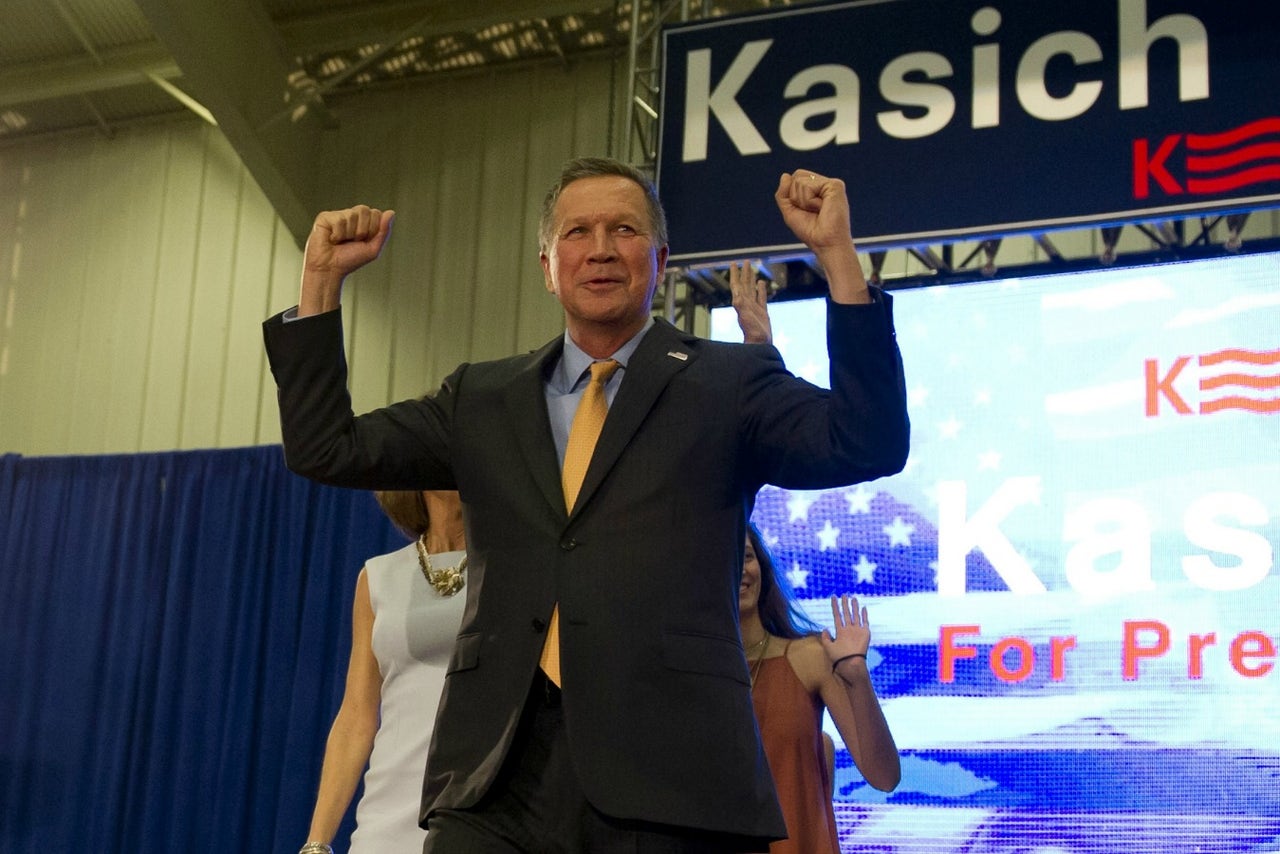 John Kasich scored a huge victory in the Ohio primary on Tuesday, taking 66 delegates in his home state with 46.8 percent of the vote. The win was Kasich's first in the race for the Republican nomination, and before delivering a victory speech in Berea, Ohio, he put up a few shots in the gym at Baldwin Wallace University. The 63-year-old's got some range.