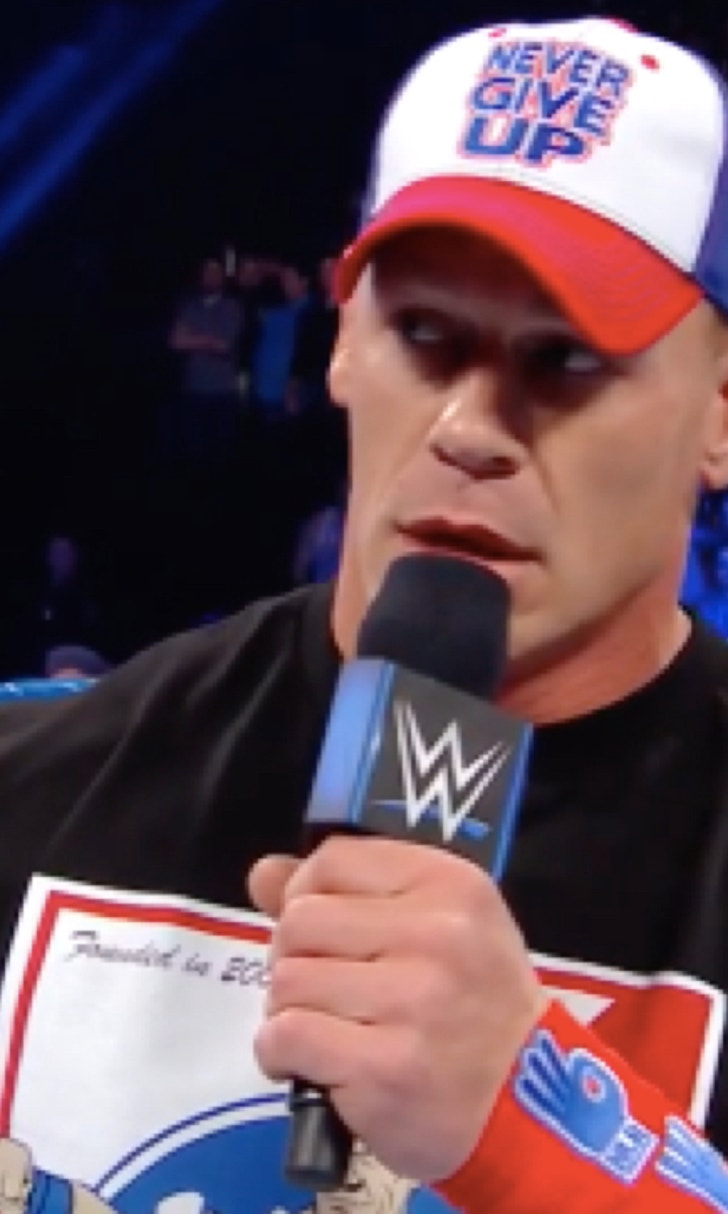 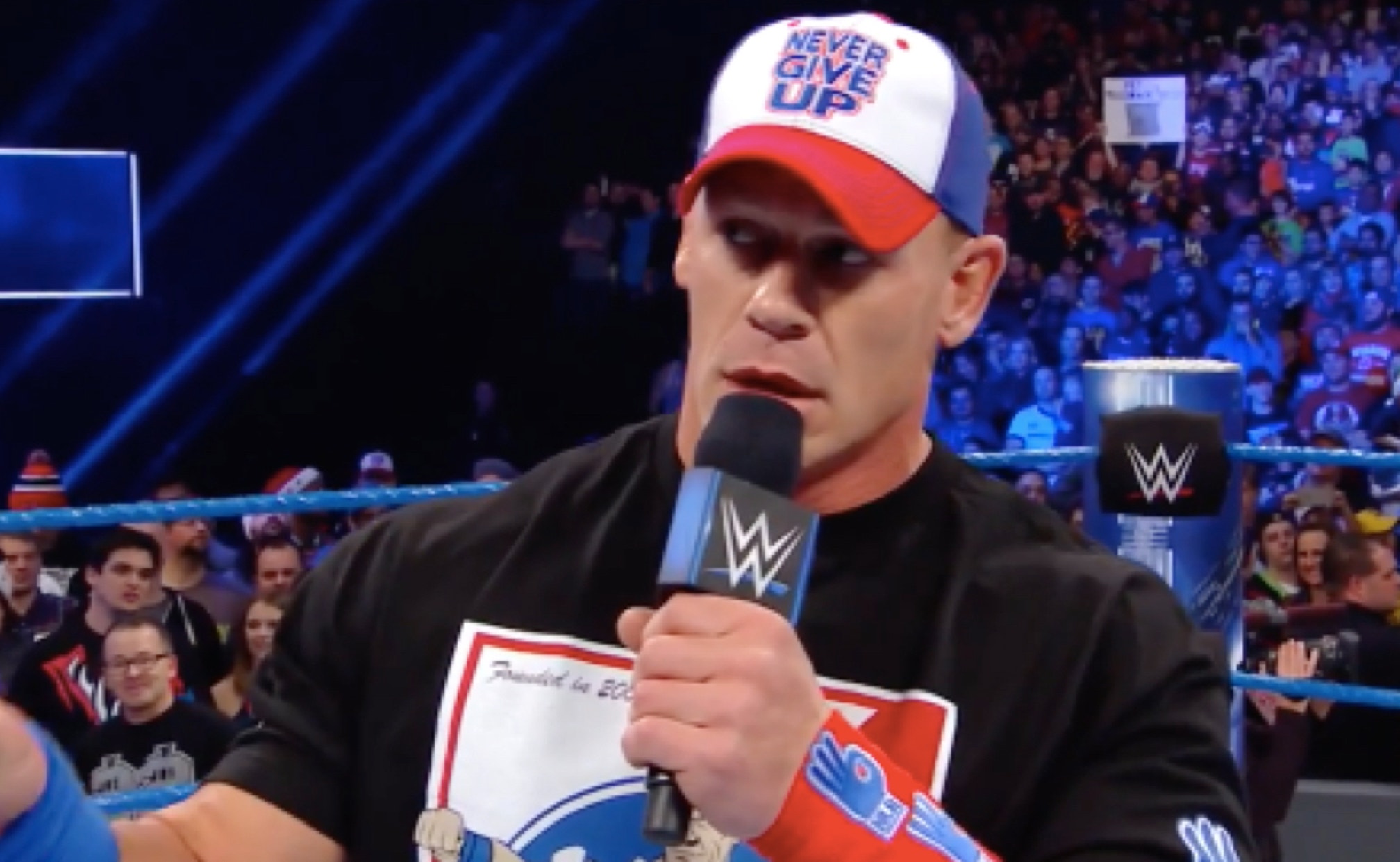 John Cena made his return to WWE on Tuesday night and declared his return to the ring and challenged the winner of the AJ Styles vs. Dolph Ziggler vs. Baron Corbin fight for the WWE Championship belt at Royal Rumble.

Cena took time away from WWE after the No Mercy pay-per-view in October as he filmed appearances for FOX's “American Grit.” Cena also hosted an episode of Saturday Night Live in December.

He took the mic to announce that he has not “gone Hollywood” and will return soon.