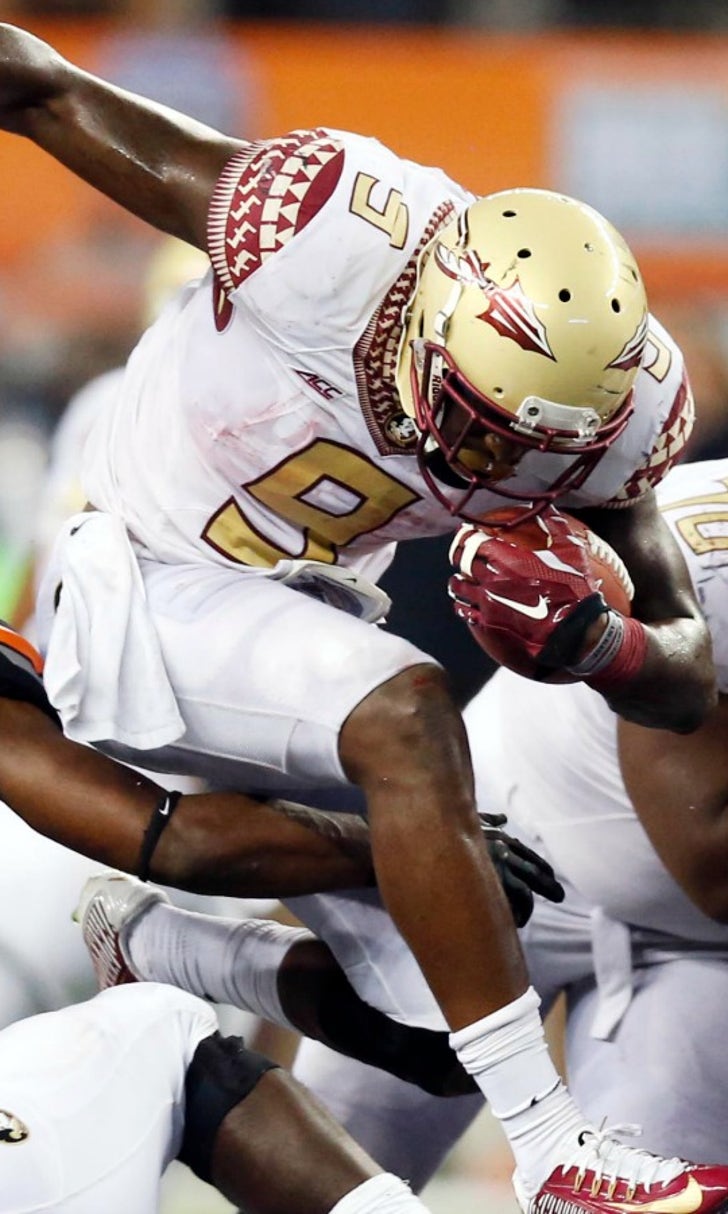 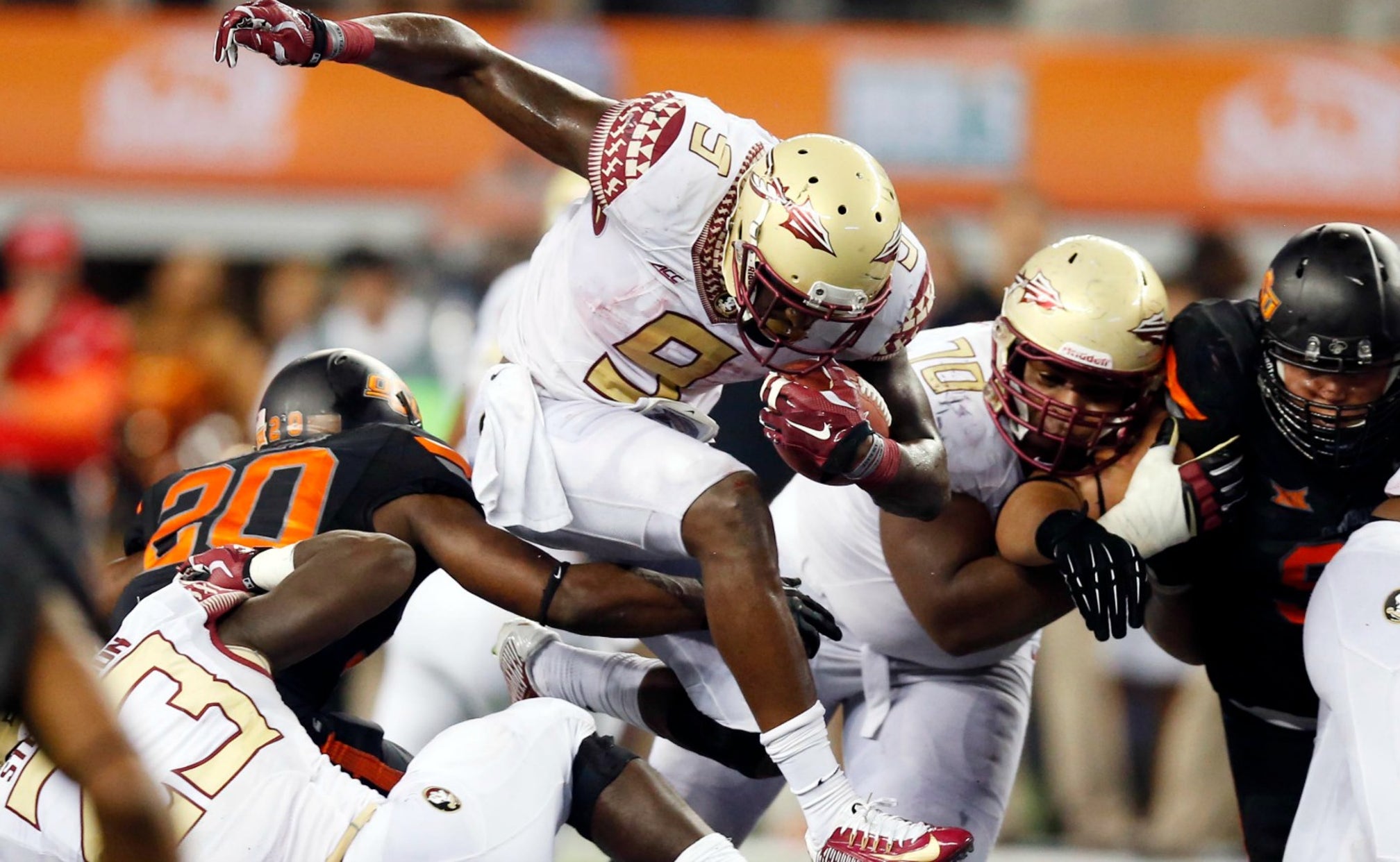 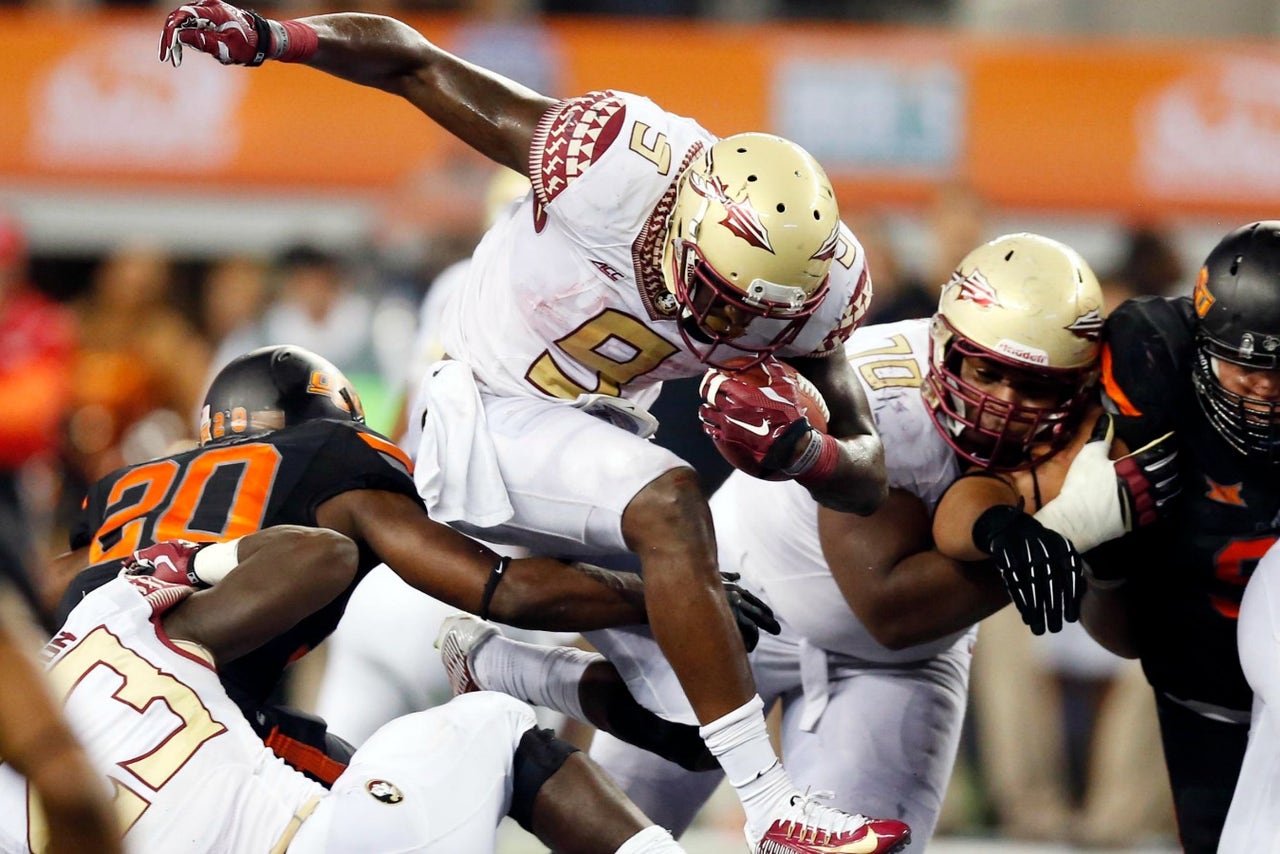 ARLINGTON, Texas (AP) -- Jameis Winston said No. 1 Florida State did a little celebrating in the locker room after leaving the field seemingly less than thrilled with a closer-than-expected win over Oklahoma State.

Sure, the defending national champions didn't look much like repeat material in the same stadium where the next title will be decided under the new playoff format. It was still a 37-31 win over a team that might be rebuilding but isn't exactly a slouch.

"There is no reason to get upset because I feel like we needed a great game," Winston, the Heisman Trophy winner, said after throwing for 370 yards and running 28 yards for a score Saturday night. "And Oklahoma State was outstanding out there. They never gave up."

The Seminoles (1-0), who tied a school record with their 17th consecutive victory, had the nation's top passing defense last year and looked the part early in building a 17-0 lead in the $1.2 billion home of the Dallas Cowboys.

Oklahoma State's J.W. Walsh outplayed Winston in the second half, rushing for two touchdowns and throwing for another to keep the Cowboys close. But Florida State twice came up with fourth-quarter stops when the Cowboys could have taken the lead with a touchdown.

The first was a 14-yard sack of Walsh on an intentional grounding call that led to a punt and a short field that helped Florida State get a field goal for a 30-24 lead. The second was cornerback P.J. Williams forcing and recovering a fumble on a hit that sent Walsh cart-wheeling to the turf.

Moments later, Winston threw his only touchdown pass, a 50-yarder to Rashad Greene. He had two interceptions.

"I don't think we let down," Florida State coach Jimbo Fisher said. "I think we were just worrying. I keep telling them, you don't worry about results. You worry about the process of playing well, executing well, doing the little things."

The Seminoles are all but certain to set a school record with their 18th straight win Saturday against The Citadel. After a week off, their Atlantic Coast Conference opener is against No. 16 Clemson, which will drop in the poll after a 45-21 loss to 12th-ranked Georgia. No. 17 Notre Dame looms in October.

To get back to North Texas, Florida State will have to qualify for the new four-team College Football Playoff, and win a national semifinal on New Year's Day. The title game is Jan. 12 in Dallas owner Jerry Jones' massive showplace.

"We don't feel like it's a burden at all," Williams said. "We're not defending last year's title because we can't lose it, so we're chasing the next one and trying to get that."

Greene had 11 catches for a career-high 203 yards, moving into fourth on the school's career list with 2,668 yards receiving. But Karlos Williams averaged just 2.9 yards on 23 carries in his first game as the featured running back.

Winston had 15 incompletions a year after throwing just two in a spectacular debut that jump-started his Heisman season.

One of his deep balls was so badly underthrown, the Seminoles got a pass interference penalty when Greene had to stop to try to catch it and Ashton Lampkin ran into him. But the next play, Winston led Greene perfectly on a 37-yard completion to set up one of Roberto Aguayo's three field goals.

Winston also had the signature play of the game when he scored, hurdling guard Josue Matias and sidestepping a defender on the longest run of his career.

"We didn't play well, like we wanted to play," Fisher said. "But we still made critical plays when we had to make critical plays. And there is something to that."