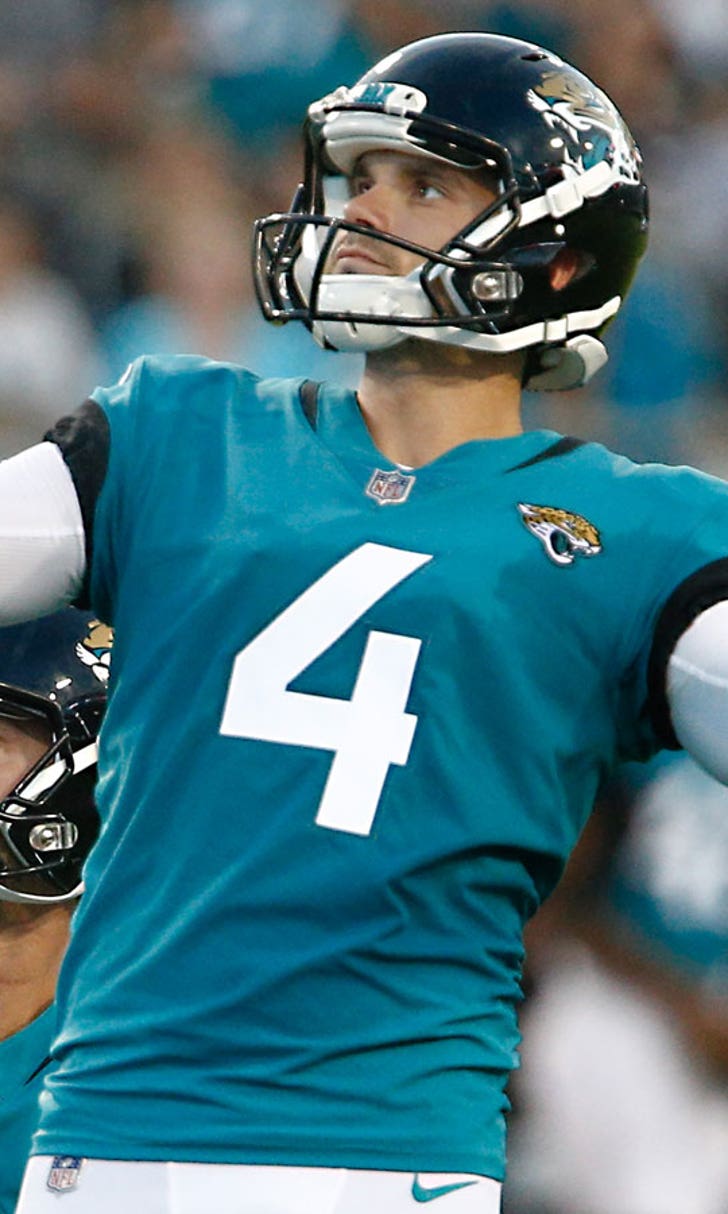 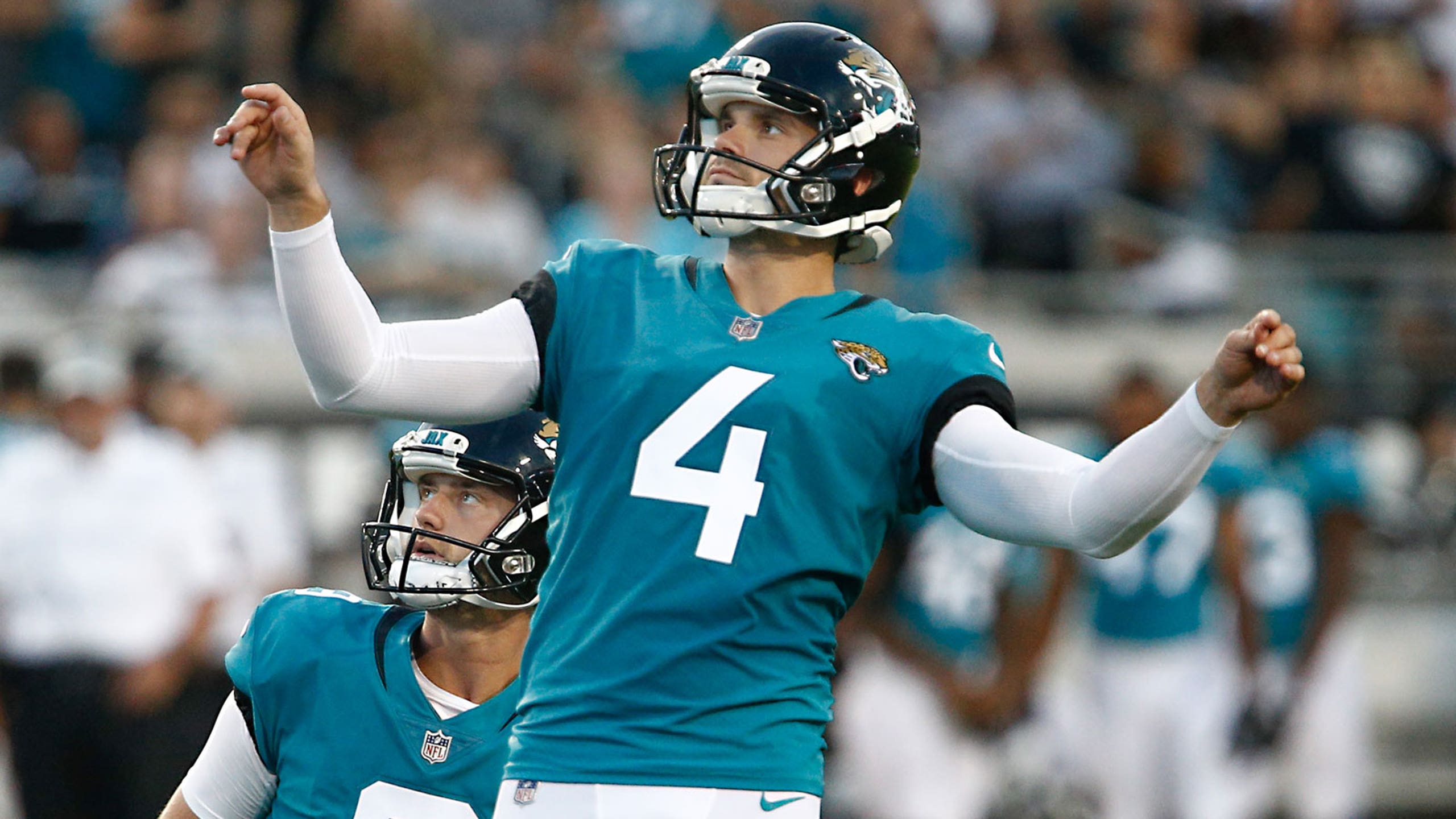 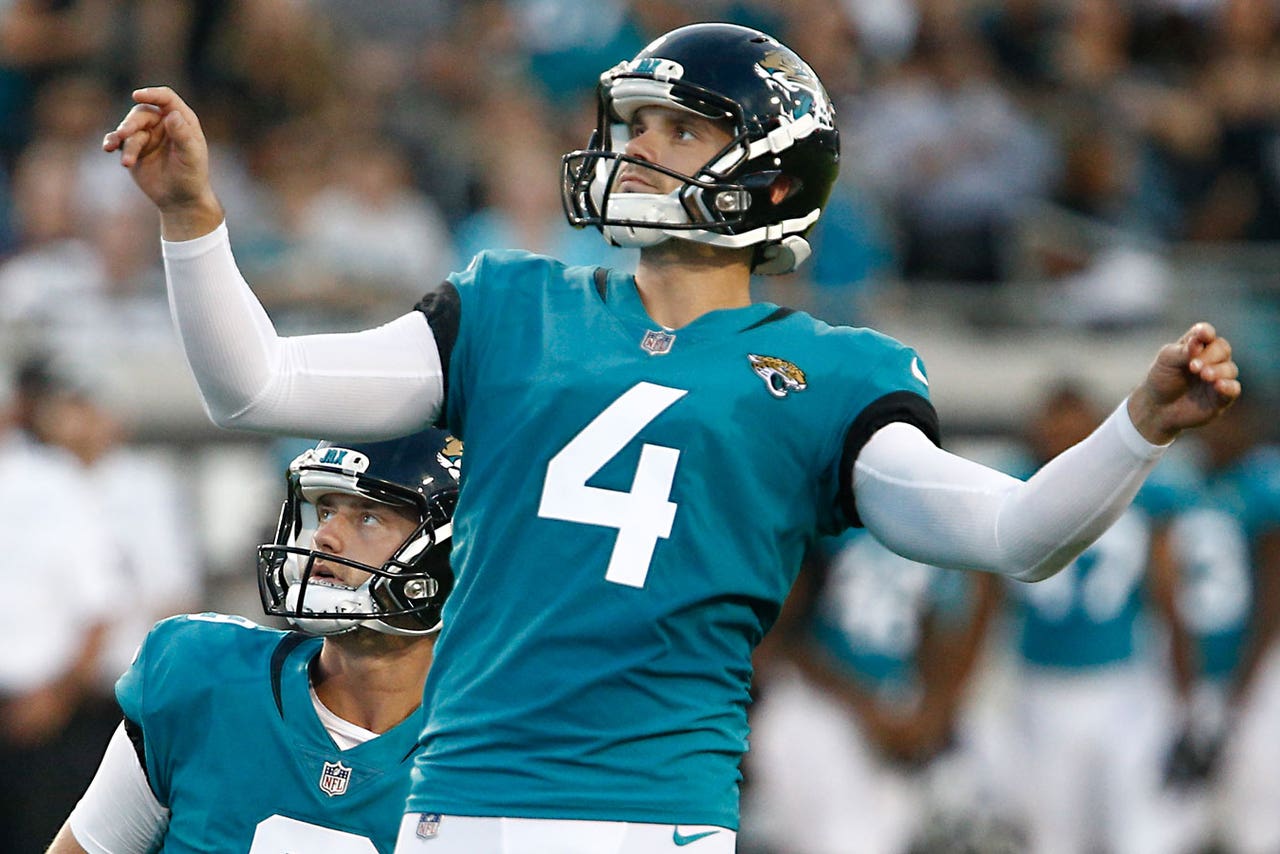 Lambo tweeted a photo of him signing the deal Wednesday on Twitter, adding "Doggone good news!! We'll be in Duval for 4 more years, as I've signed an extension with the Jags!!"

In 2018, he made 19 of 21 field goals and became the first in Jaguars history to post consecutive seasons with a field goal rate of at least 90 percent.

Since signing with Jacksonville early in the 2017 season, Lambo has made 38 of 41 field goals. His 92.7 field goal percentage is the highest in team history.

American Football Conference
share story
those were the latest stories
Want to see more?
View All Stories
Fox Sports™ and © 2021 Fox Media LLC and Fox Sports Interactive Media, LLC. All rights reserved. Use of this website (including any and all parts and components) constitutes your acceptance of these Terms of Use and Updated Privacy Policy. Advertising Choices. Do Not Sell my Personal Info