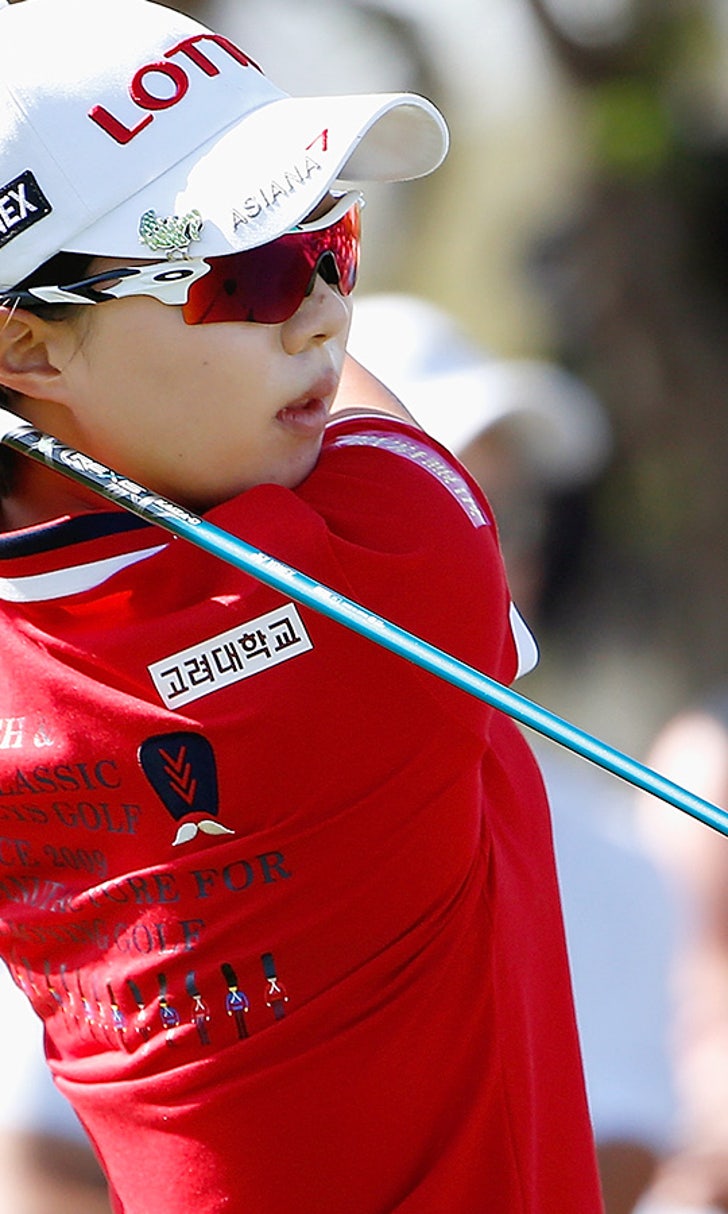 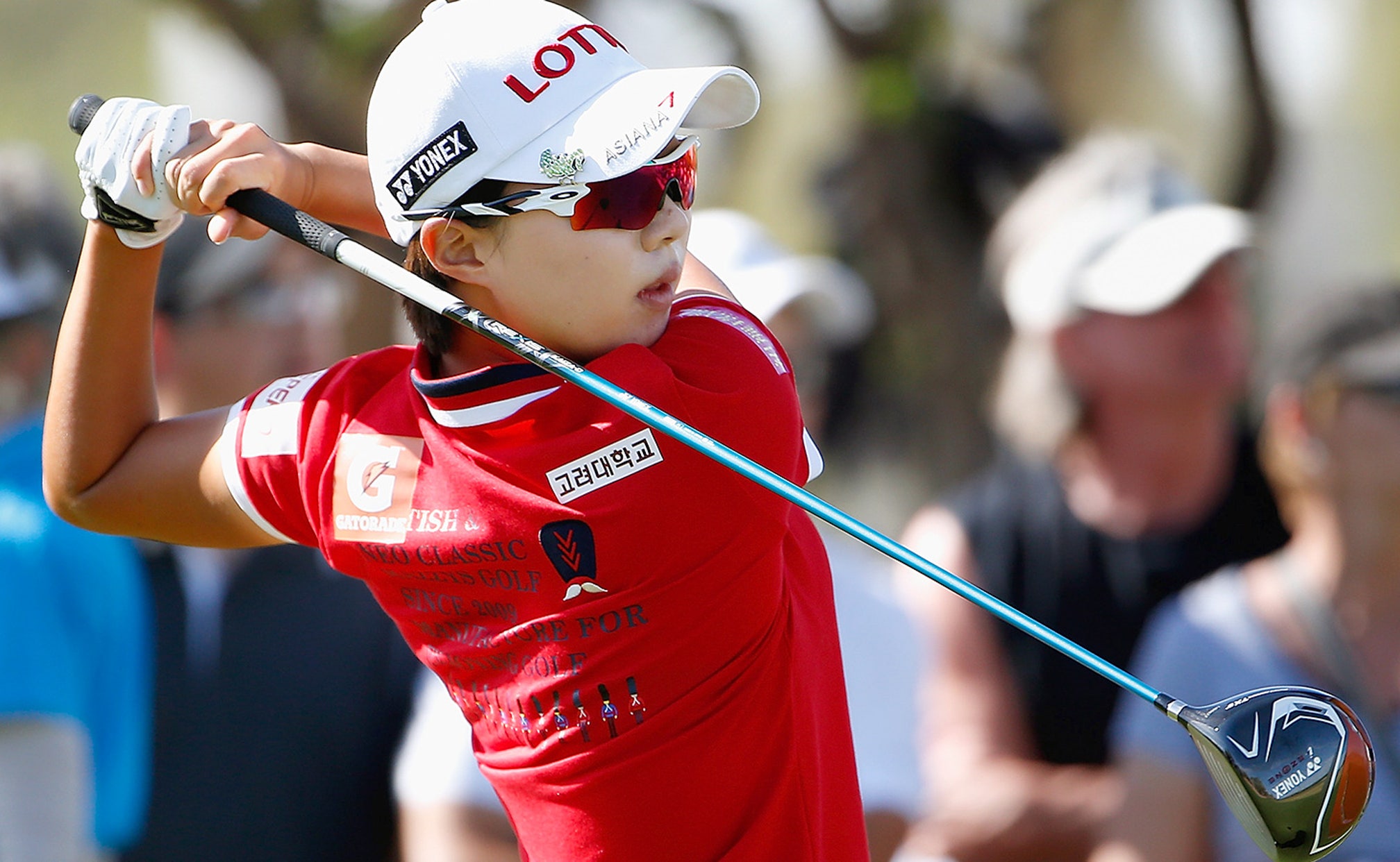 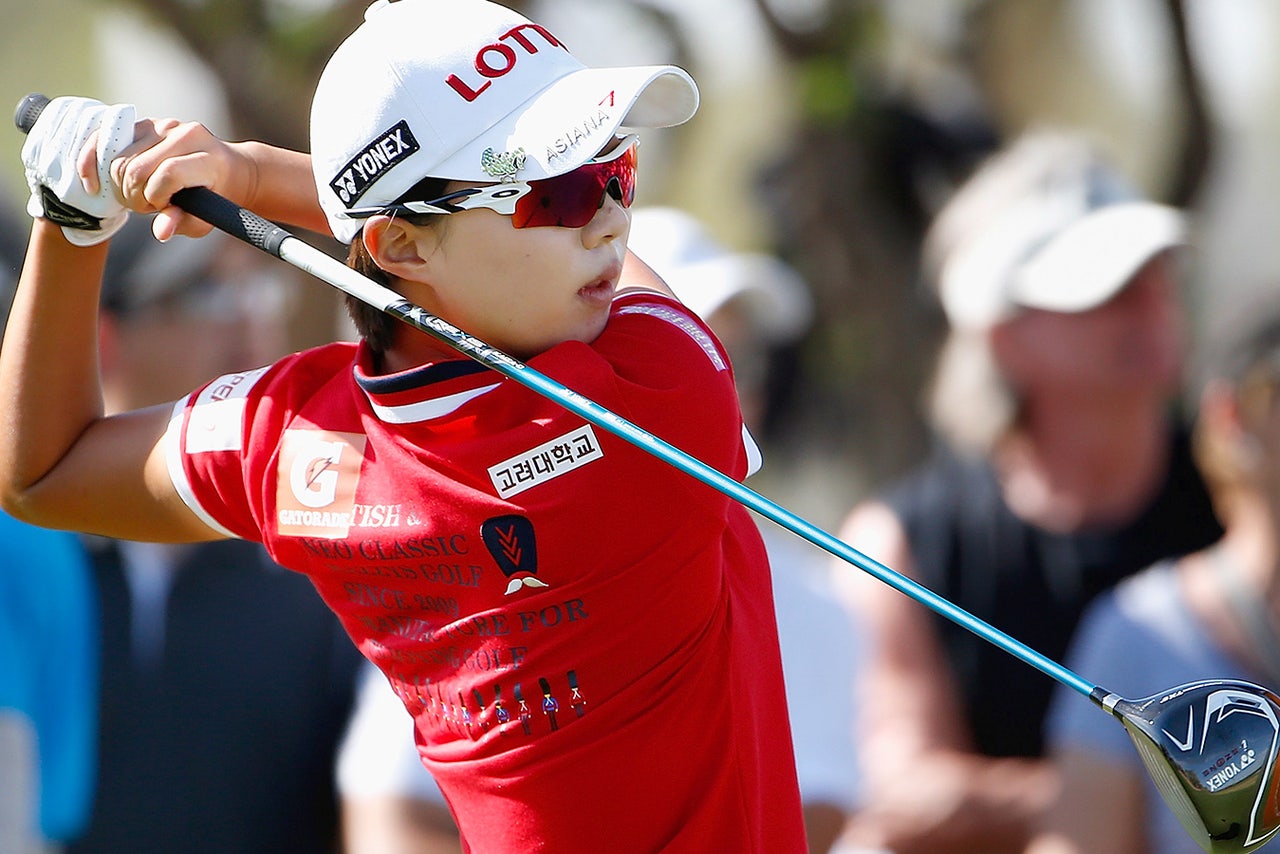 The 19-year-old Kim closed with a 5-under 67, holing a 10-foot birdie putt on the par-4 18th to beat Lewis by three strokes for her second LPGA Tour title.

"In the morning I wasn't concentrating on winning because I was playing with Stacy Lewis and as a rookie, I just felt that by playing with her, I would learn a lot from her," Kim said through a translator. "I was just trying to make a good impression as a rookie."

"She's just really solid," Lewis said. "Even when I did make some putts, she made the putts to follow and she put a lot of pressure on."

The third-ranked Lewis shot a 68. She pulled within a stroke with a birdie on the par-4 16th, but three-putted for bogey on 18.

"The way I played on the front, to think I could still be within a shot coming up those last few holes was pretty amazing," Lewis said. "I'm proud of the way I hung in there. I was in three divots today in the fairway, so that didn't really help things."

Projected to jump from eighth to fourth in the world, Kim finished at 21-under 267 at Wildfire Golf Club. She won the Evian Championship last year in France for first major title and has eight victories on the South Korean tour.

Kim is the fifth South Korean winner in the first six events this year -- and the other winner, top-ranked Lydia Ko, was born in South Korea.

Kim bogeyed the par-4 10th after driving under a tree that had a beehive. She was denied relief from the bees, hit her second to the fairway and failed to get up-and-down for par.

"I was just scared of the bees and I didn't want to be stung," Kim said. "So I kept asking if I can get relief and I kept asking and they said, `No, you can't.' So, I just swallowed my fears and tried to play the slot as best I could."

"If anything, I think the situation on hole 10 helped," Kim said. "After I went through there and I got a bogey, I just realized there's no time to feel pressure or feel afraid. I just had to go out there and play."

On the 18th, Kim hit a perfect drive and put her 140-yard approach pin-high to the right of the difficult pin placed over the large left-side bunker and in front of a rear falloff.

Lewis drove into a sand-filled divot on the left side of the fairway, making it nearly impossible to clear the bunker and stop the ball near the pin. She ended up 30 feet away at the back of the green and missed a 4 1/2-foot comebacker.

"I was obviously not happy," Lewis said. "Just being the third one of the day and, just more than anything, where that pin was. You just needed something with spin on it coming in and it was a sand-filled divot, so you couldn't get a lot of check on it. For the lie I had, I hit it a really good shot."

Lewis won the 2013 tournament and has 11 LPGA Tour titles. The 30-year-old Texan finished second for the second time this year and the 17th time in her career.

Ko had her third straight 69 to tie for sixth at 15 under. The 17-year-old New Zealander has broken par in her last 24 LPGA Tour rounds and 27 worldwide, a streak that started in the first round of her victory last year in the season-ending event.

Ko won the Women's Australian Open and the Ladies European Tour's New Zealand Women's Open in consecutive weeks this year. In her other three LPGA Tour starts, she tied for second in Florida in the opener, tied for seventh in the Bahamas and was second in Singapore.

Alison Lee, the 20-year-old former UCLA player who matched the course record with a 63 on Saturday, had a 74 to tie for 24th at 11 under.