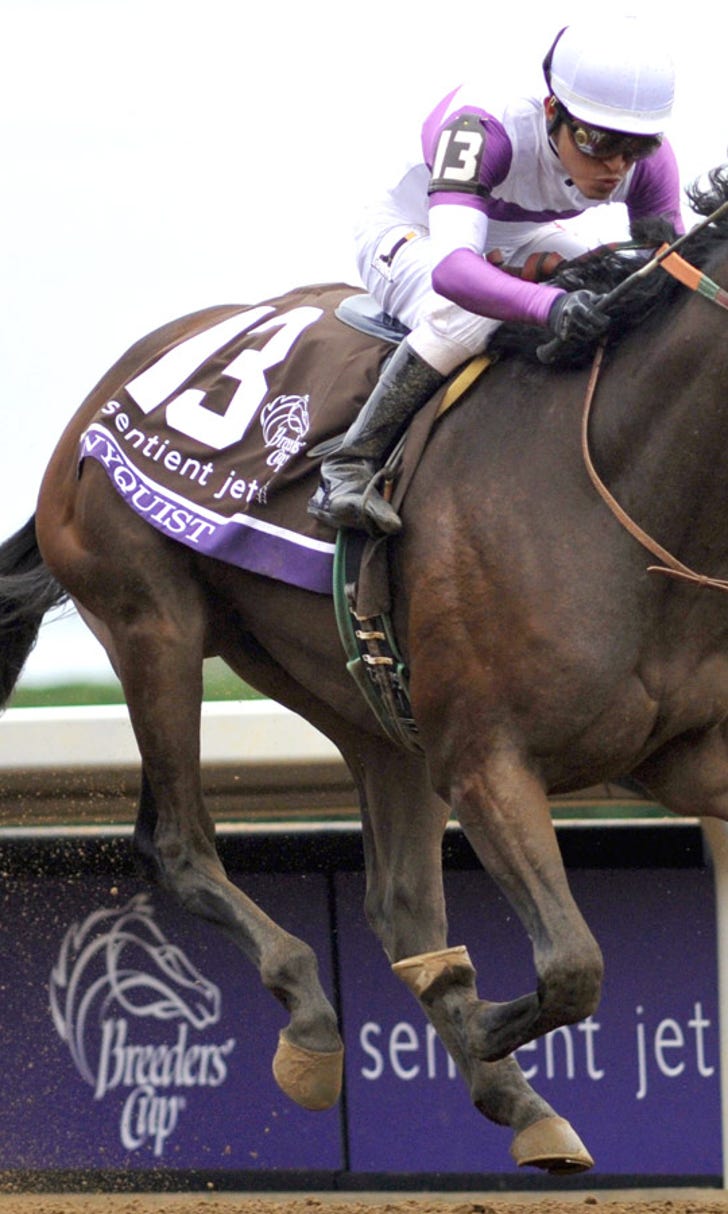 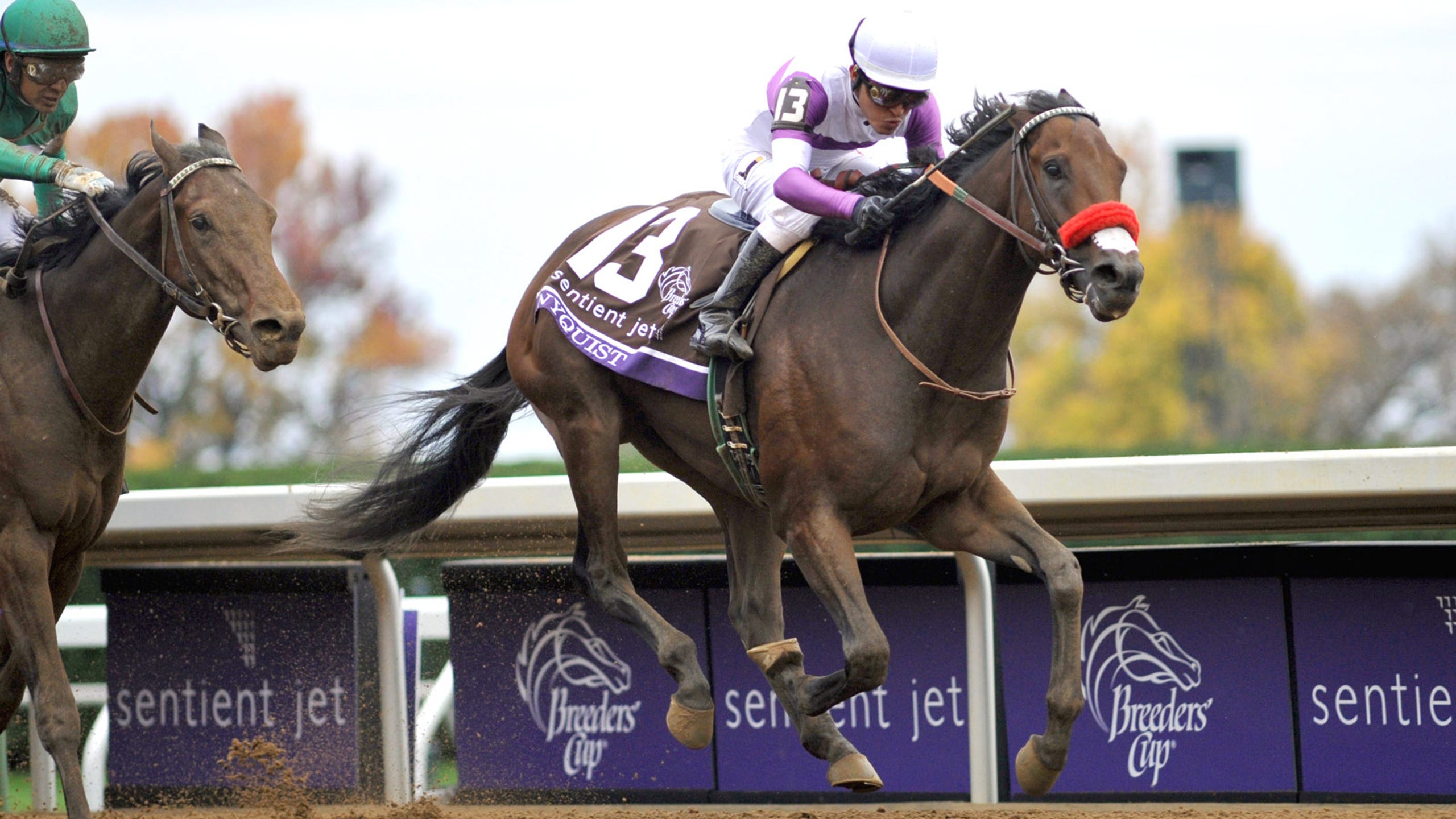 How to wager and win on the 142nd Kentucky Derby 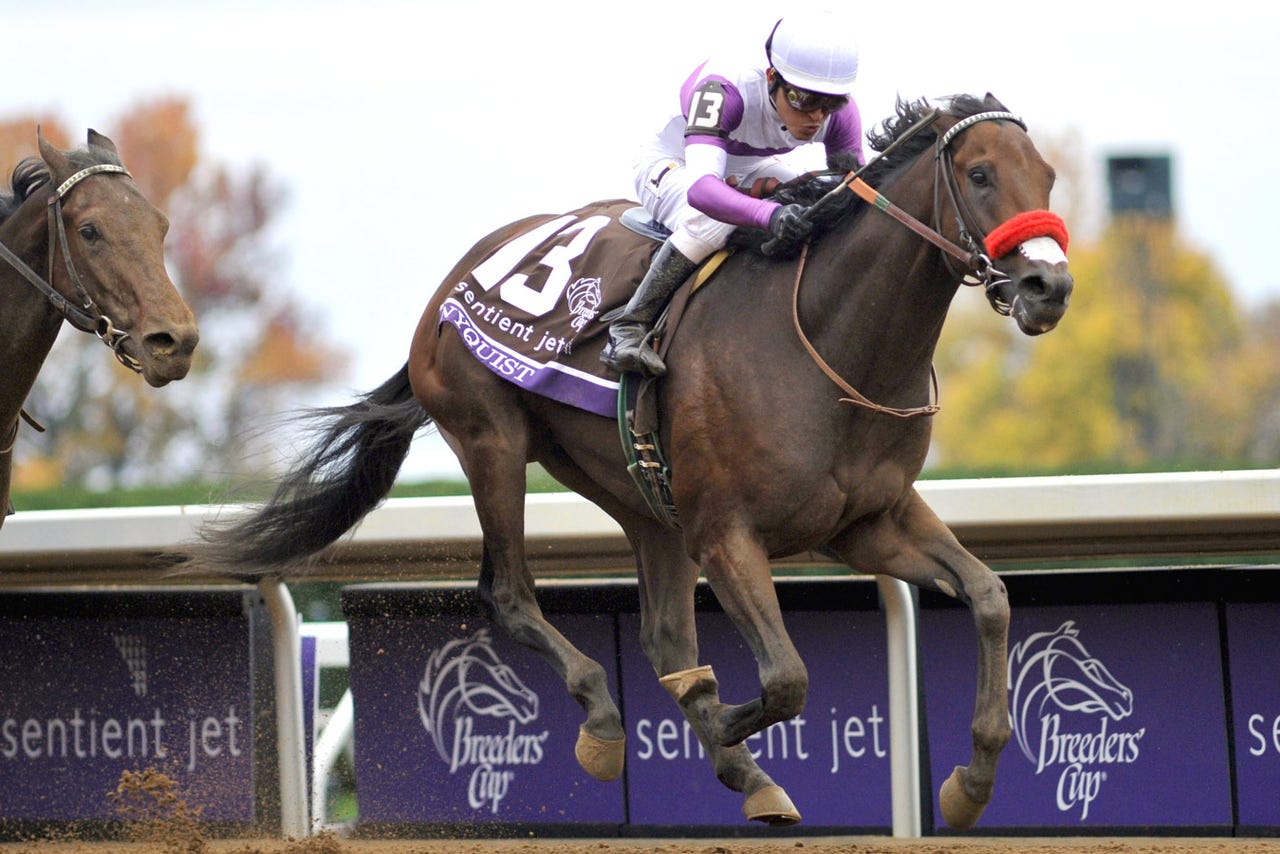 The Kentucky Derby takes place Saturday at Churchill Downs. What will Thoroughbred racing doing for an encore after American Pharoah ended a 37-year Triple Crown drought in 2015?

Twenty horses are expected to enter the starting gate for the first leg of the Triple Crown. Nyquist is the 3-1 morning-line favorite. The son of Uncle Mo is trained by Doug O'Neill, will be ridden by Mario Gutierrez and will break from post 134.

He's 7-for-7 in his career, but that doesn't make the 3-year-old a lock if you are looking to place a wager. With such a large field, working out a trip can be a challenge and the first horse to get his nose to the finish line usually avoids traffic problems.

There are a couple of approaches to finding a winner. If you are a casual fan looking to have more than a viewing interest, one way is to play the horses with the top Beyer figures, per the Daily Racing Form.

Four horses have cracked the century mark in races when it comes to the Beyers: Destin was graded at 100 in his Tampa Bay Derby victory; Exaggerator popped 103 in his romp over the muddy strip in the Santa Anita Derby; Nyquist notched a 101 two races back in his San Vicente score; and Danzing Candy's victory in the San Felipe Stakes earned the son of Twirling Candy an 100 Beyer.

You can box the quartet up in the exacta, trifecta or superfecta and sit back and enjoy the race without stressing over handicapping a winner.

However, if you want to take a deeper dive and are a student of the game, the Derby presents enticing wagering opportunities. With such a vast field, you can make a nice score if you can find the winner. Remember, American Pharoah returned $7.80 last year, a sweet price.

While Nyquist has been perfect, the preference here is to look for more value.

Nyquist and Mohaymen met in the Florida Derby, with Nyquist handing Mohaymen his first career defeat.

The Kiaran McLaughlin-trained son of Tapit was wide throughout in that lackluster effort. Expect him to bounce back and put in a stronger run. History, however doesn't favor Mohaymen as horses that finish poorly in their final prep for the Run for the Roses usually don't take the first leg of the Triple Crown. In fact, 19 of the last 24 Derby winners (79%) finished first or second in their final prep race.

Since 1929, two horses have won after having not raced for 42 days or longer, so the horses who exit the UAE Derby and Louisiana Derby can be eliminated: Gun Runner, Lani, Tom's Ready and Mo Tom.

Exaggerator was dazzling, making a strong closing move to take the Santa Anita Derby by 6 1/4 lengths. However, and this is big, the race was contested on a sloppy track and in two meetings with Nyquist, the son of Curlin finished four and second, respectively.

So, who are the picks? Danzing Candy, Creator, Brody's Cause.