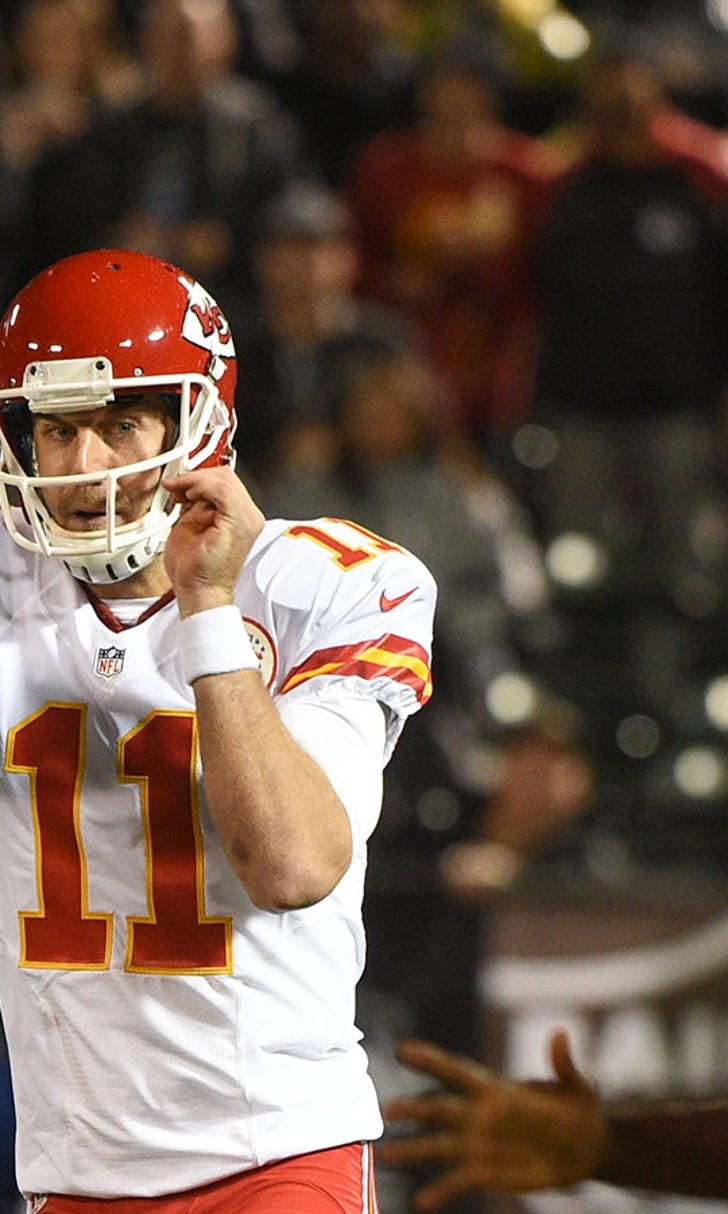 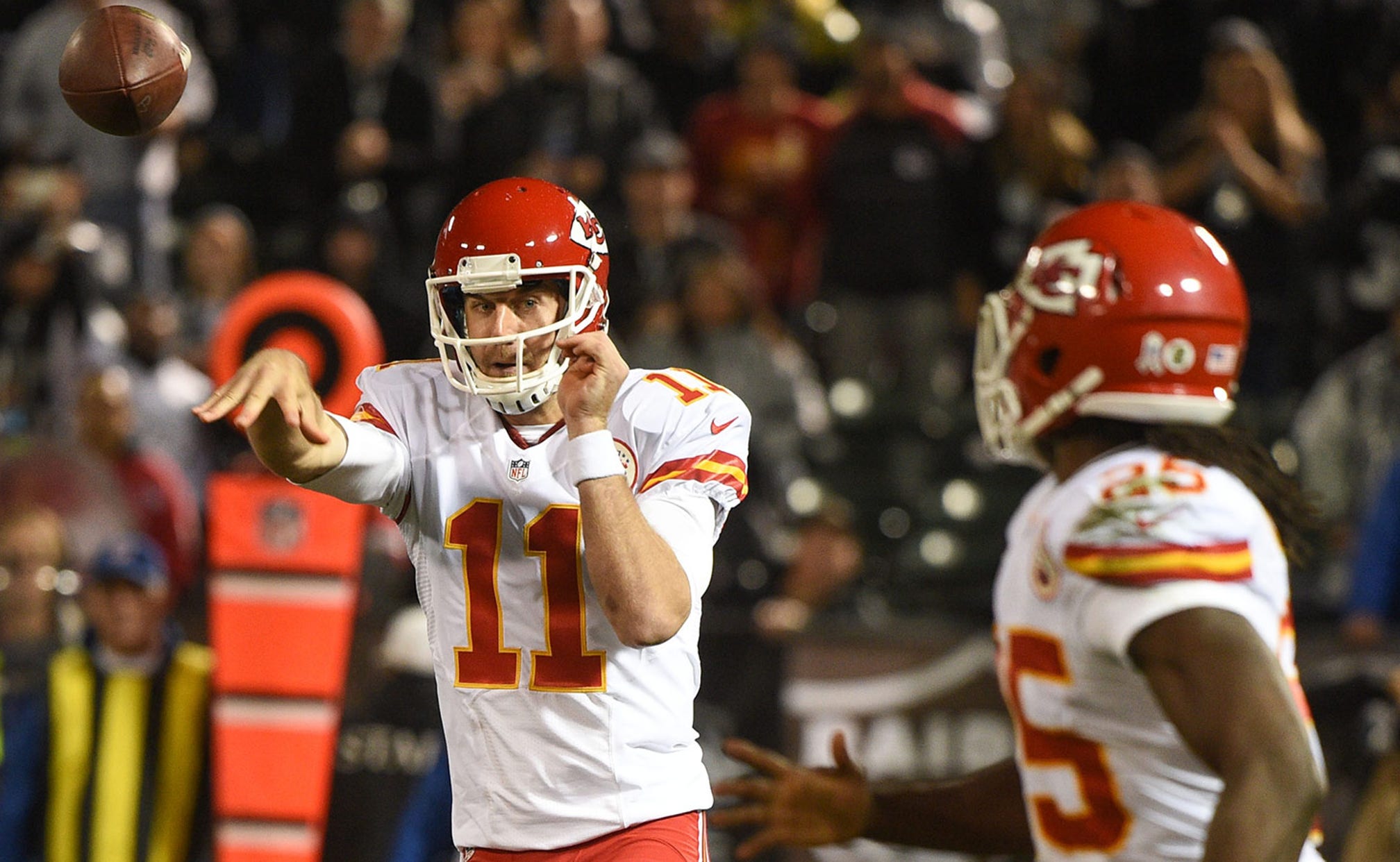 How much better would Smith be in the clutch if Chiefs gave him a little more help? 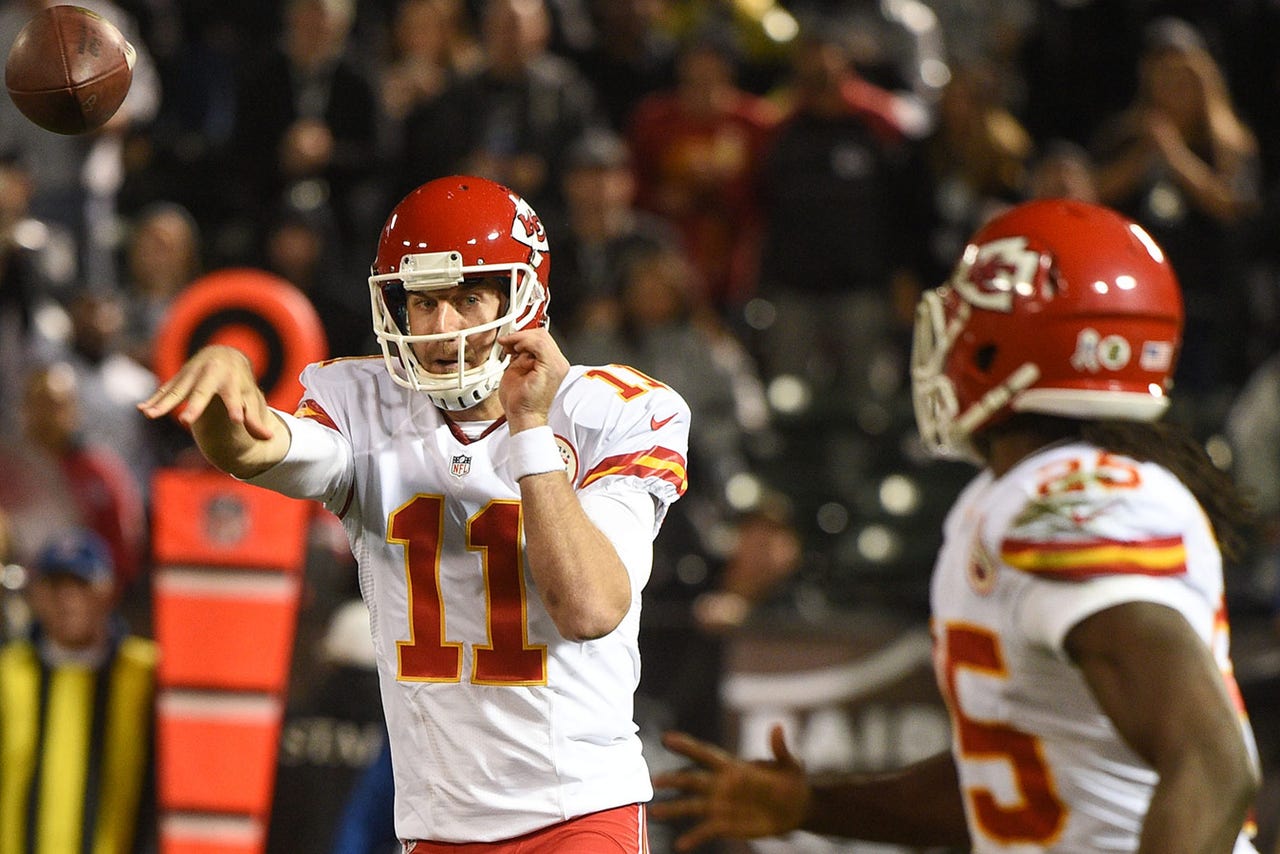 And yet No. 11 is also tied for the NFL lead in what Pro-Football-Reference.com called "game-winning drives" -- drives that put the winning team in the lead for good in the fourth quarter or overtime -- with three, same as Matt Ryan, Tony Romo, Nick Foles, Brian Hoyer, Matthew Stafford and Russell Wilson. And Smith is tied for the league lead in Pro-Football-Reference.com's "comebacks" category -- scoring drives led in the fourth quarter of a contest a team eventually wins or ties -- with three, same as Ryan, Hoyer, Stafford, Andy Dalton and Teddy Bridgewater.

So the truth here probably lies, as it usually does, somewhere in the median. In the NFL, like life, attention spans are short; if you haven't done anything lately, you haven't done anything at all. Chiefs fans remember road non-comebacks at Denver, San Francisco and now, of all places, Oakland -- all of which ended pretty much the same: With Smith having the ball in his hands, staring at a chance to tie it up or win it, only to stall out, and cue the sad trombone music.

No. 11, however, was also at the controls for a 62-yard, nine-play drive that set up a game-winning field goal with 21 seconds left in San Diego. And two touchdown jaunts, one of them 80 yards, in the fourth quarter to cap a rally in Buffalo.

Smith's overall quarterback rating is 92.7. In the fourth quarter, up seven or less or down seven or less, the Chiefs' signal-caller has a 90.5 number -- in those situations, he's completed 28 of 48 throws with three TD passes and one pick.

And that 90.5 rating actually compares pretty favorably with his quarterbacking peers: 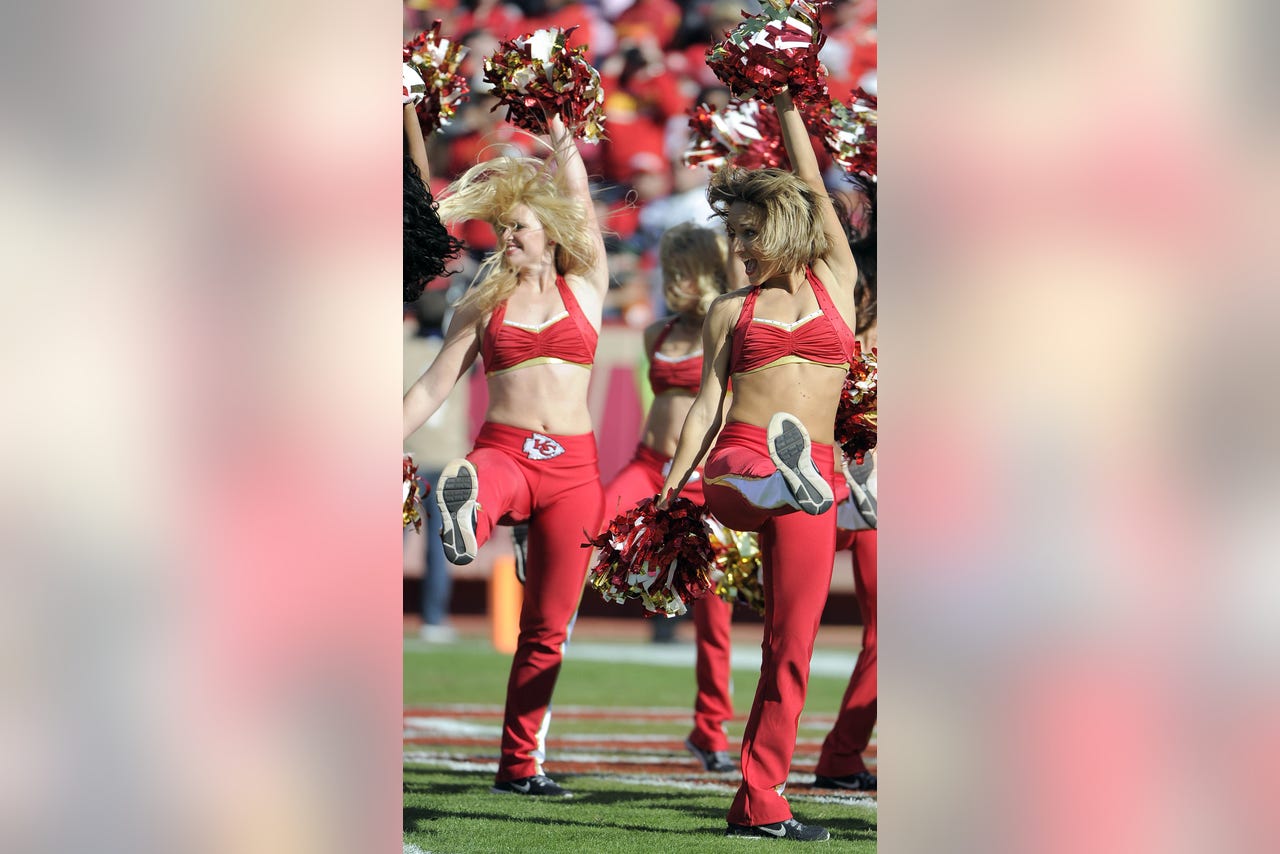 Still, Chiefs faithful don't completely trust Smith when playing from behind late, and the numbers sort of bear out why: When his team trails by eight or fewer points this season, Smith is 55 for 89 (61.8 percent) passing with two TDs, two picks, and a livable-but-not-ideal 78.9 rating. Again, compared to peers:

Over the last two seasons, when down eight points or less, Smith has completed 139 of 225 attempts (61.8 percent) with seven touchdowns and two picks, for a rating of 87.8.

It takes a village to run the two-minute drill, and the Chiefs' offensive line -- which went into Week 12 ranked No. 22 out of 32 clubs in terms of adjusted sack rate allowed (7.4 percent), according to FootballOutsiders.com -- struggled to keep Smith clean on the muddy Oakland turf. Coming out of Week 11, the Andy Gang ranked fourth in the NFL in highest drop percentage by receivers, with 19 whiffs on 320 targets, for a rate of 5.9 percent. Only the Bengals (6.5 percent), 49ers (6.2) and Colts (6.1) were worse.

Game manager, or game closer? Clutch, or just plain lucky? Regardless, it would be interesting to see what might happen if No. 11 had a little more help.