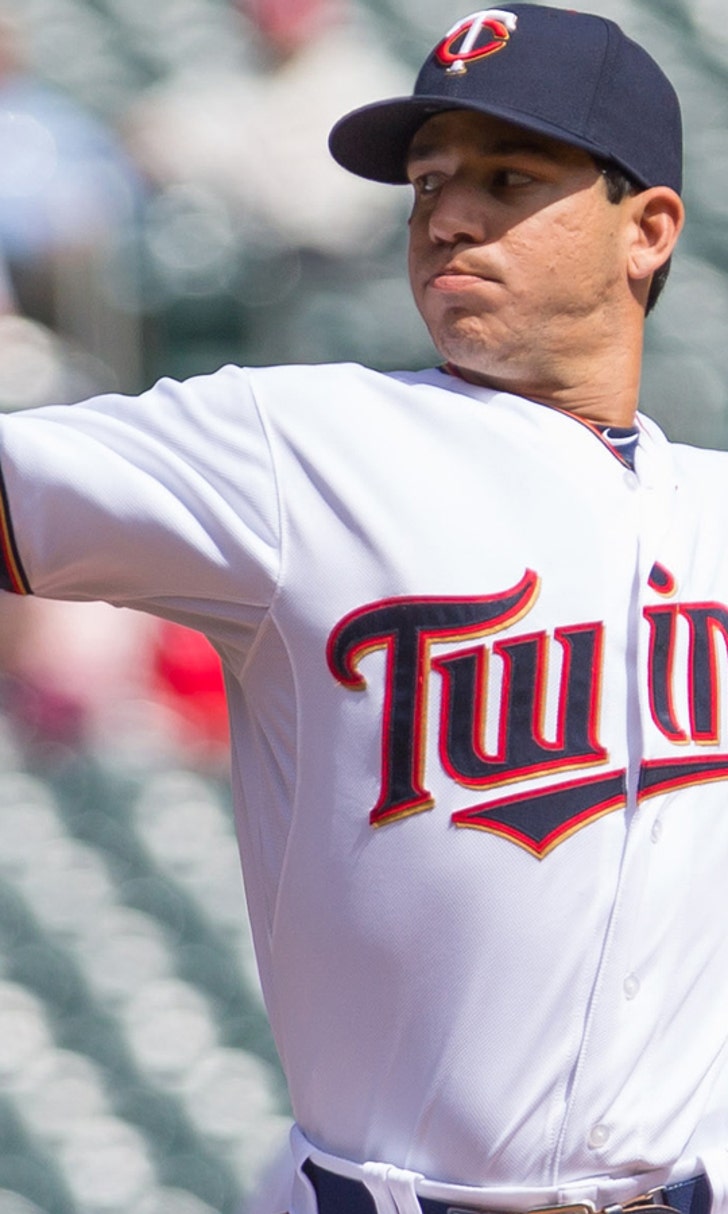 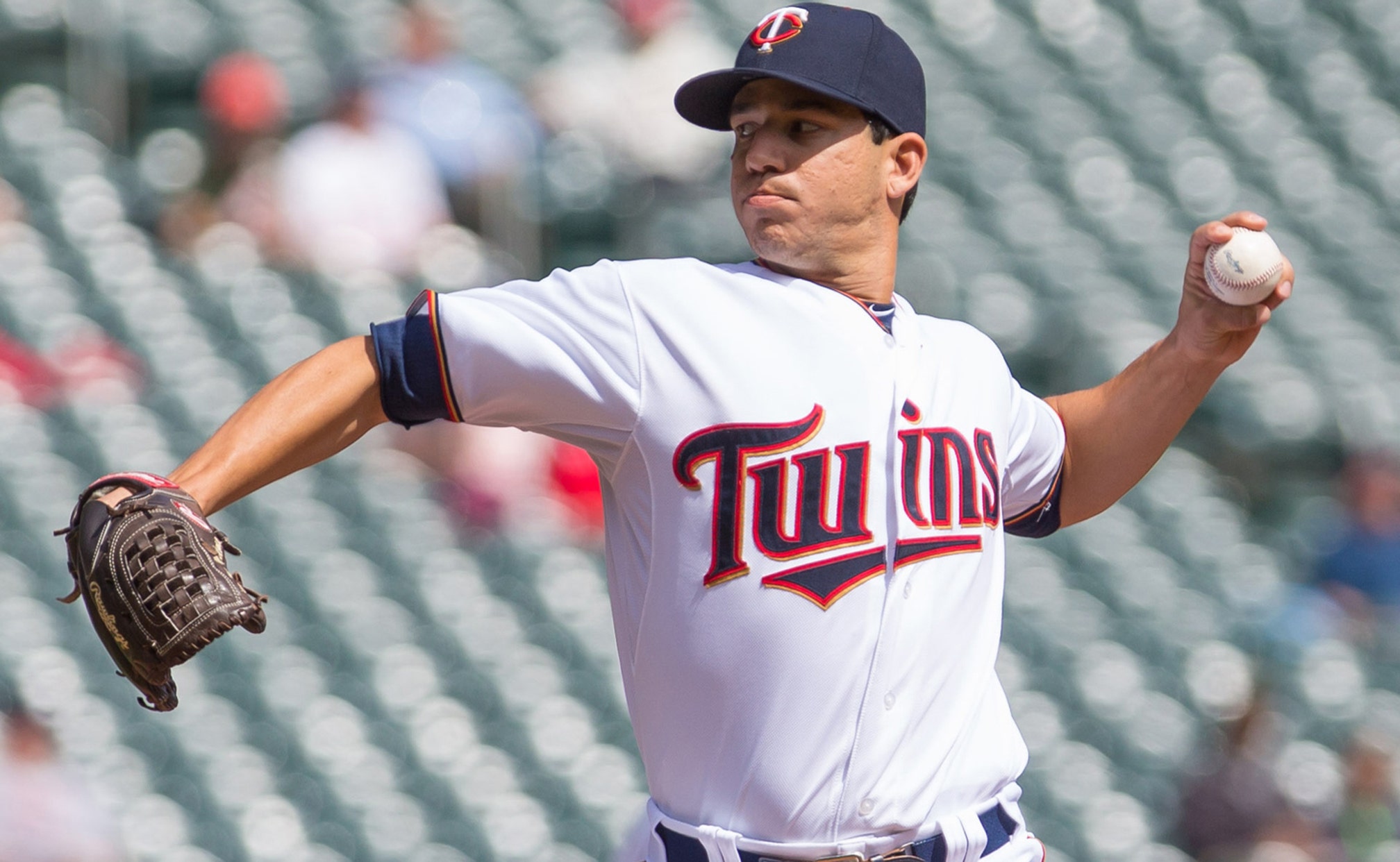 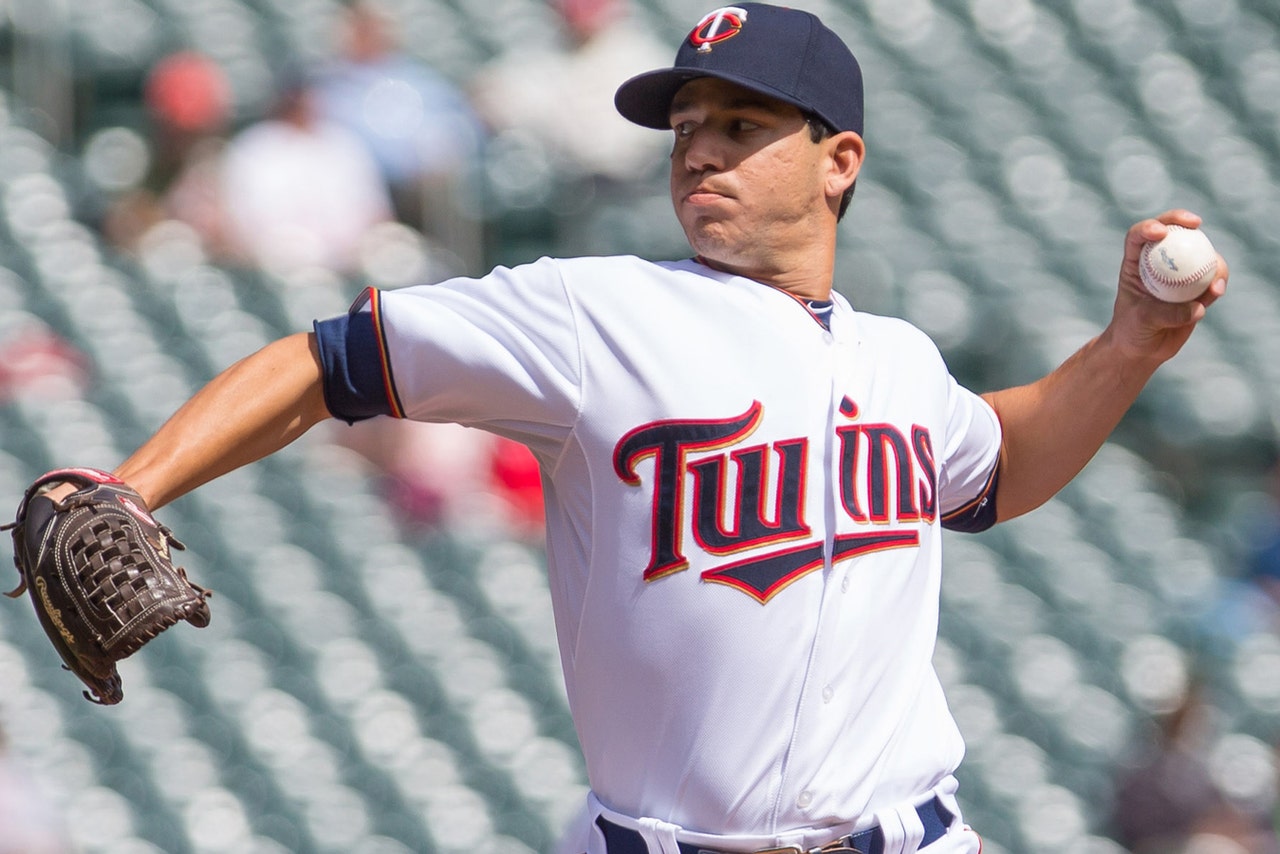 MINNEAPOLIS (AP) -- The Minnesota Twins were a little frustrated after their first seven games, having played about as poorly as possible.

Hitting the ball over the wall was a good way to bounce back.

Kennys Vargas and Kurt Suzuki each hit a two-run homer Thursday, powering the Twins past the Kansas City Royals 8-5 for their first series win this season.

"We have some guys that can hit the ball over the fence," manager Paul Molitor said. "We all know Target Field can be a challenge in that regard compared to some of the other parks, but we want to have a mixture: guys that hit for average, guys that can run the bases and we always welcome hitting them over the fence."

Lorenzo Cain put the Royals in front with his two-run shot in the first inning, but starter Jason Vargas (1-1) was shelled. He gave up 10 hits and a walk, failing to get an out in the fourth and leaving with a 5-3 deficit.

Minnesota's Vargas sure had his Kansas City foe, no relation, figured out. The burly switch-hitter hit a line drive in the second off the ribbon scoreboard that serves as the facade of the second deck above left field to tie the game.

"You have to tip your cap. You miss inside, and he's still able turn on it and keep it fair," Jason Vargas said. "After that they were just able to bleed us out."

With Oswaldo Arcia's two-run home run Wednesday, the Twins went deep three times in two days after hitting only two homers in their first seven games. They're still last in the American League, but the productive swings by Vargas were a good sign.

In the third inning, two batters after a groundout gave Joe Mauer the first of his three RBI, Kennys Vargas crushed a full-count changeup to the left-center gap that Cain grabbed with a smooth lunging catch to limit the damage.

Vargas has 10 career home runs, but this was only his second as a right-hander. That's his natural side, but he has so far displayed more power hitting left. Vargas played first base Thursday for the first time this season.

"It's a little bit different, but it's my job," Vargas said.

Tommy Milone (2-0) did his job, despite the rough start, by logging 5 1/3 innings and keeping the lead.

Cain went 3 for 4 with three runs and three RBI and Mike Moustakas and Salvador Perez each had two hits for the Royals, but Milone minimized their threats.

He allowed seven hits and three walks before ceding to five relievers. Brian Duensing gave up two runs in a rocky start to the ninth, but Glen Perkins got the last two outs for his second save.

The season-high 14 hits sure came in handy. Five Twins had two or more hits, including Torii Hunter who went 3 for 5. The Twins even spoiled the perfect run by the Royals bullpen, after 23 1/3 scoreless innings to start the season.

"The guys had my back today, especially scoring right after they scored in the first inning. You kind of get that breath of fresh air to go back out there," Milone said.

Trainer's room: Casey Fien has showed no lingering effects of the shoulder stiffness that limited him to one inning over the first seven games. After pitching a perfect eighth Wednesday, the right-hander was sharp again with a four-up, four-down performance with a tidy 13 pitches.

Up next: The Twins will host Cleveland for a three-game series beginning Friday, when AL Cy Young Award winner Corey Kluber pitches for the Indians and Mike Pelfrey takes the mound for the Twins. Pelfrey's last start at Target Field was nearly a year ago, on May 1.