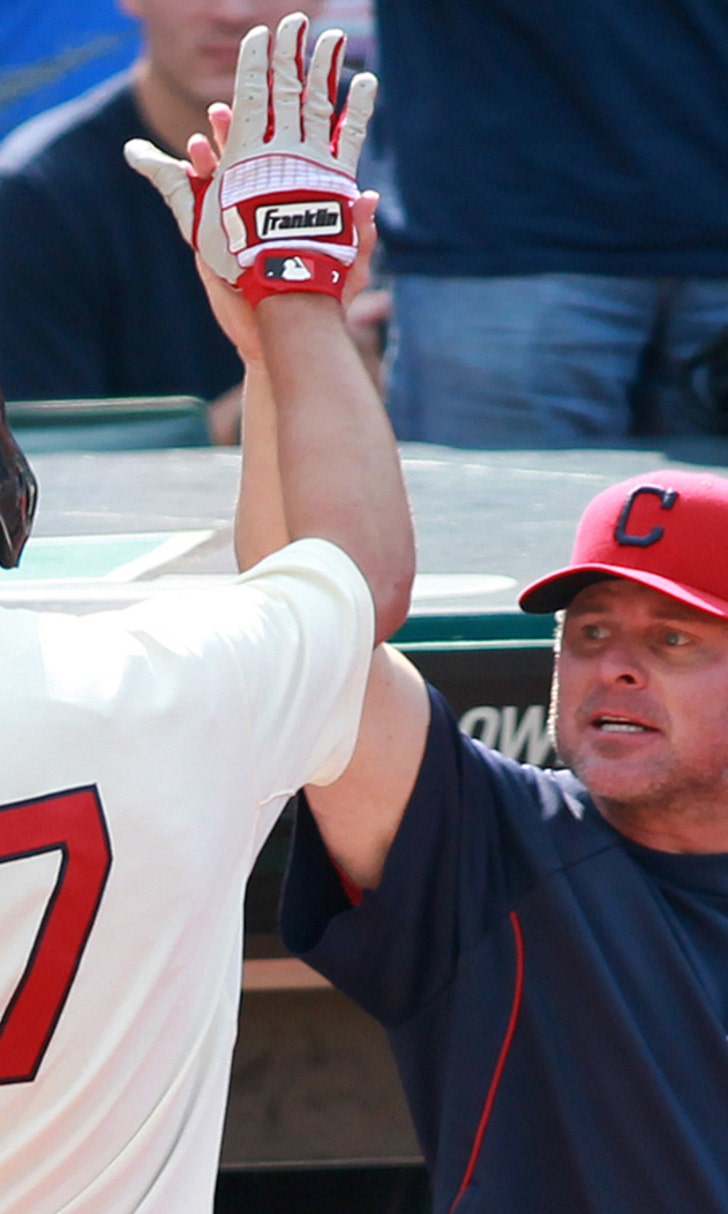 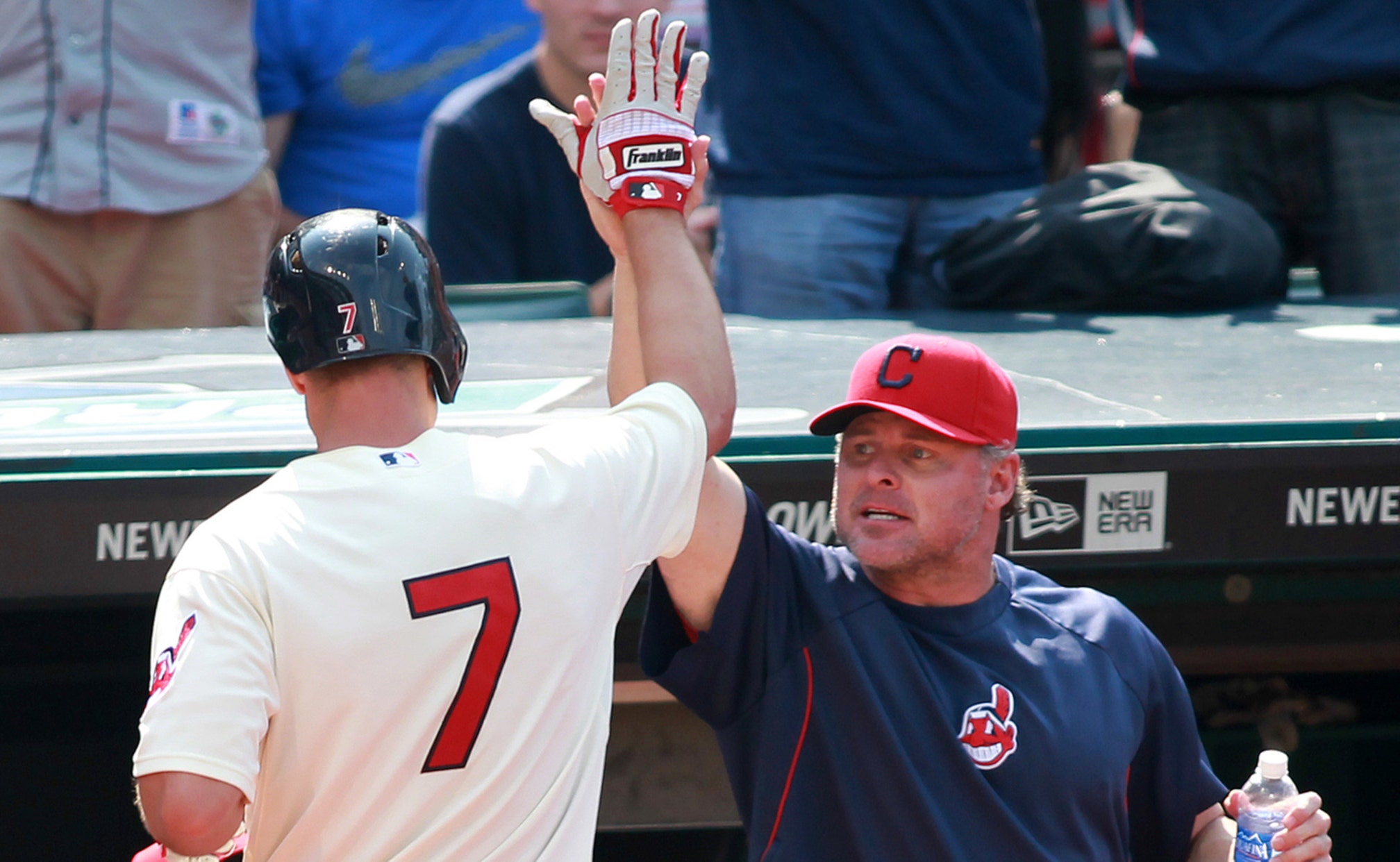 previous story
McIlroy wins Bridgestone Invitational, goes back to No. 1
next story
Browns claim OL Bowie off waivers from Seahawks

Have a day, good guy: David Murphy comes up big against former team 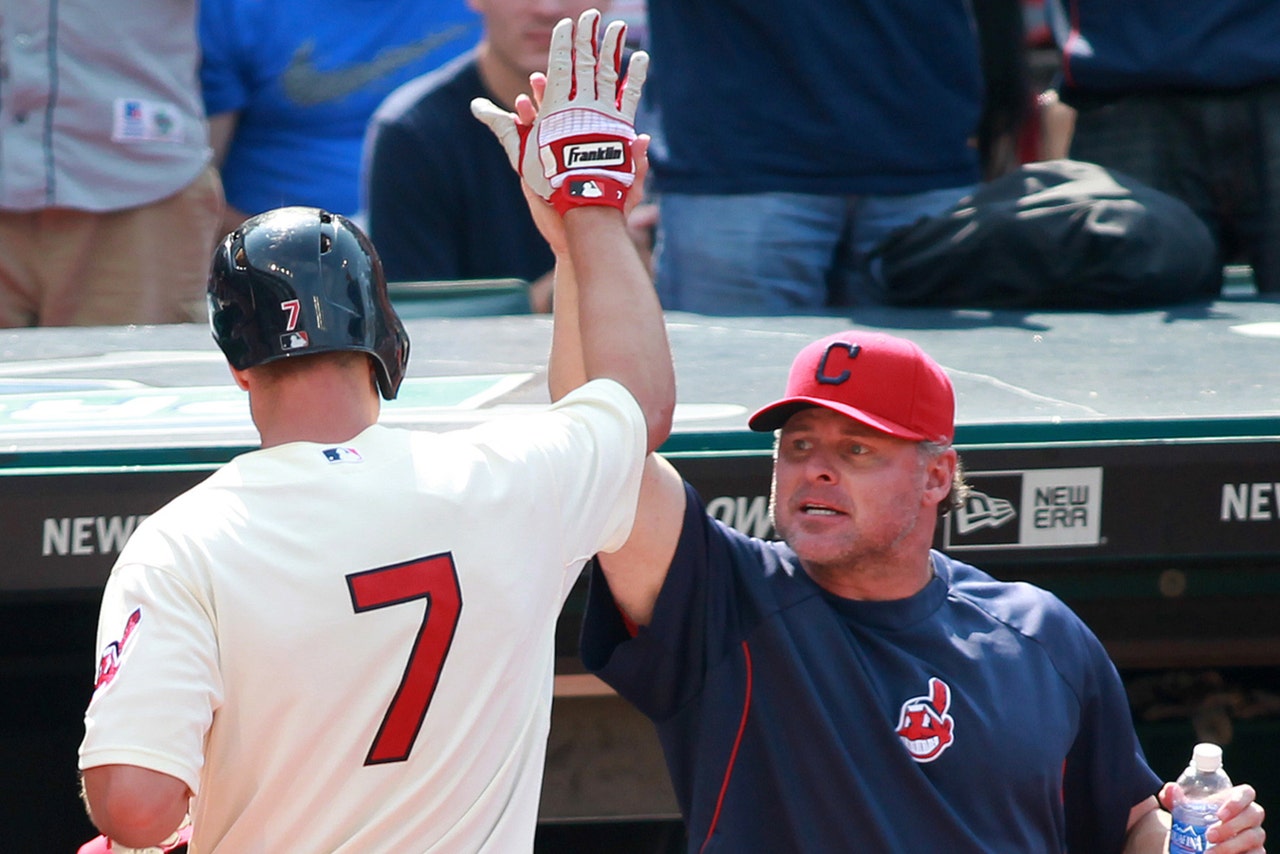 CLEVELAND -- Michael Brantley's walk off homer in the 12th gave the Indians a 4-3 win over the Rangers would not have been in that position if it wasn't for a couple key plays by David Murphy.

The Indians right fielder made two great catches to rob Chris Gimenez and also had the game-tying home run in the ninth as the Tribe would rally and sweep the three-game series.

"It's one of those days coming in the ballpark where everything worked out," said Murphy, who was 2 for 3 with three RBI.

After the Rangers scored three early runs, Murphy put the Indians on the board in the second with an RBI double to right that scored Lonnie Chisenhall. Murphy said he was a little bit mad at himself that it wasn't a home run because his daughter, Madison, was celebrating her seventh birthday on Sunday.

In the ninth, he ended up delivering the perfect present. After pinch-hitter Chris Dickerson drew a one-out walk, Murphy hit the first pitch he saw from Neftali Feliz over the wall in right-center to tie it. The pitch was a fastball that was down the middle that was a little low but Murphy was ready for it.

In the top of the ninth, Murphy's diving catch to rob Gimenez of a single was just as important since it led off the inning. Manager Terry Francona was more pleased with that play because of the way the wind was blowing in right and how that could have caused problems if it dropped.

In the 12th, Murphy would rob Gimenez of a hit again, this time making a running catch at the warning track two steps before hitting the bullpen fence.

"Just go get the ball, that's all I'm trying to do there," Murphy said. "The ball (in the ninth) was low enough where I didn't want to take the chance of getting by so I laid out for it."

Most players struggle when facing their former team for the first time except Murphy, who signed with the Indians last offseason after six-plus seasons with the Rangers. In the seven games against Texas, he was 12 for 25 with seven extra-base hits (including six doubles) and seven RBI. In the weekend series, he was 6 for 10.

"You get pumped up to play your friends. It helped out that I faced some guys that I know how to approach it. I've seen them pitch a decent amount over the years," Murphy said. "In the end both times we played them I've felt good at the plate."

Brantley's homer is the Tribe's seventh walk-off this season and the fourth in extra innings. He is the first Cleveland player since Jim Thome to have two more walk-offs in a season. Thome, whose statue was unveiled on Saturday, had three in 2001.

Lost in the late-inning heroics was what ended up being a solid game for Bauer. The right-hander went a career-best 7 1/3 innings and gave up three runs on six hits while striking out four and walking four.

With a three-game winning streak, the Indians are back over .500 at 56-55 and are within three games of Toronto for the final Wild Card spot. The Battle of Ohio begins on Monday with the Reds as Corey Kluber faces Alfredo Simon. The home team has won the past 11 games in the series.