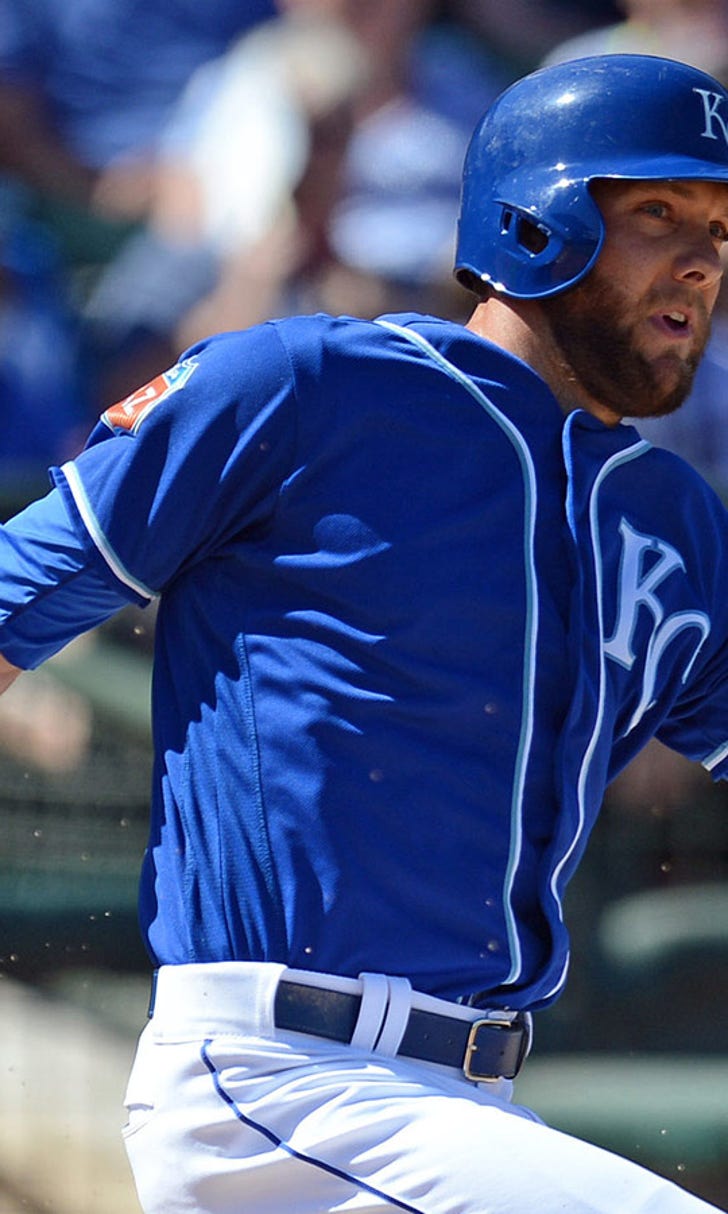 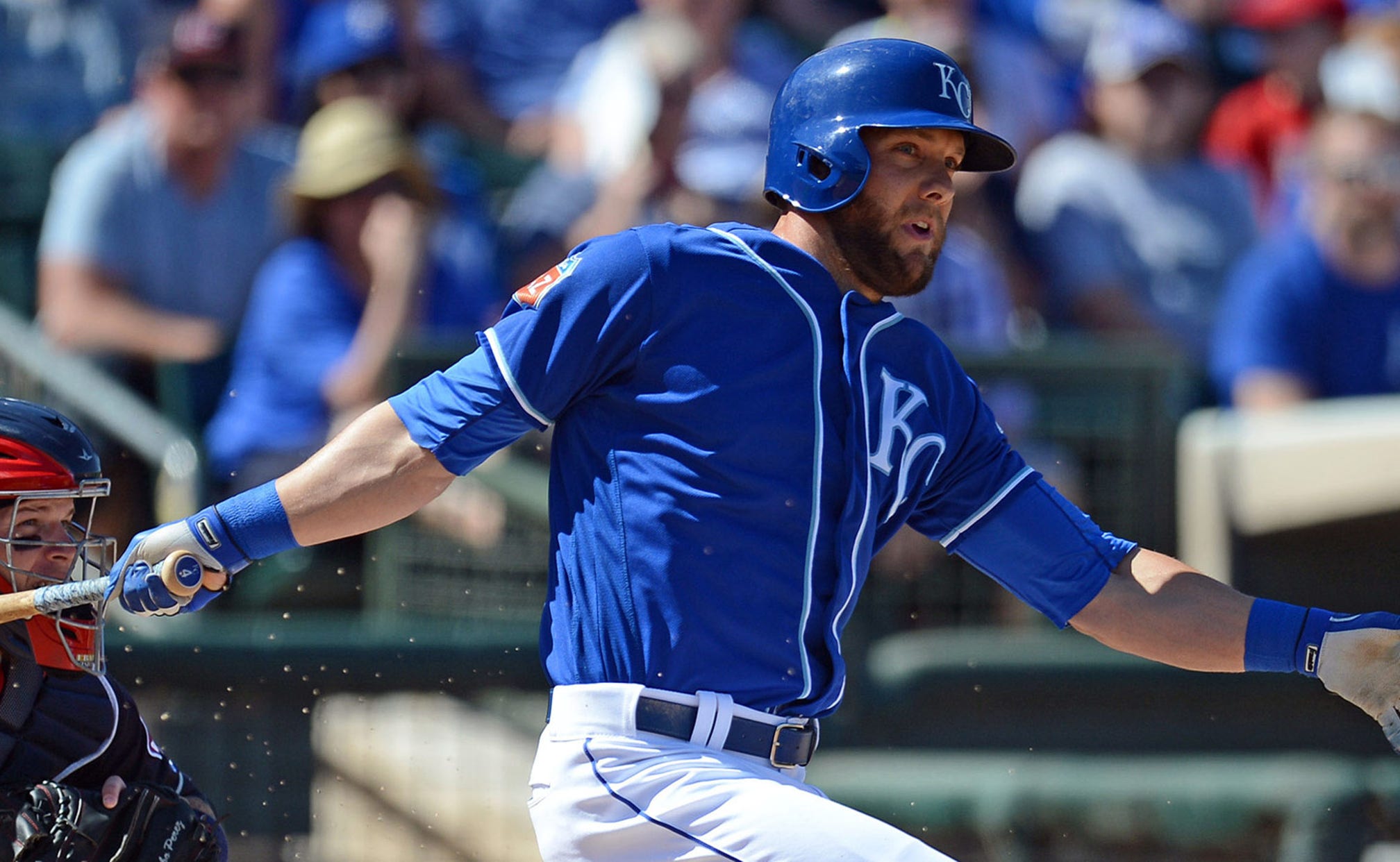 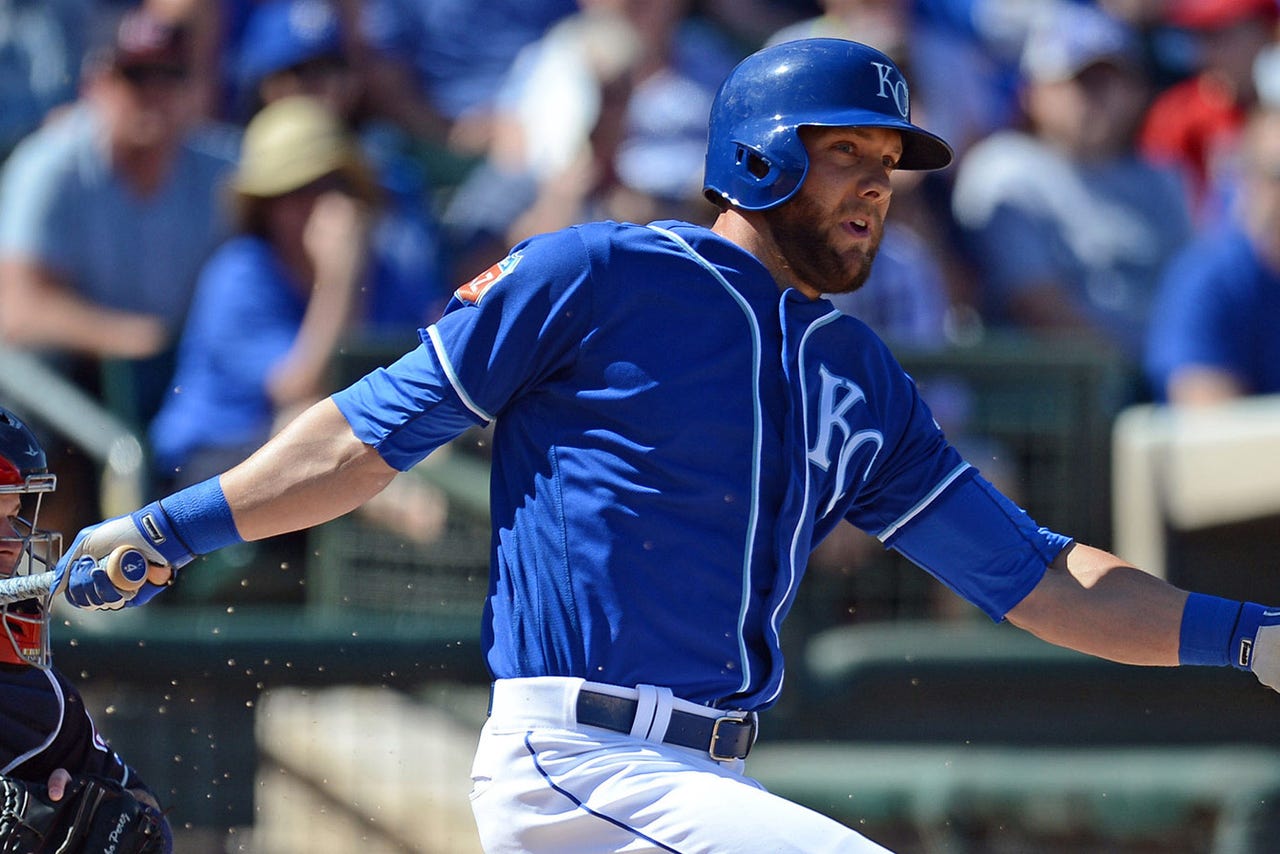 Gordon connected against right-hander Mike Clevinger, a touted prospect who has never pitched above Double A. The drive came on Clevinger's first pitch of the first inning.

"It's definitely nerve-racking," Clevinger said of facing the defending World Series champions. "You know who it is. You try to be the same guy, but I think that it probably got me a little bit amped. He (Gordon) ambushed a fastball I left up."

Volquez allowed three runs and five hits, including a two-run drive to Giovanny Urshela, who leads the Indians with three homers and nine RBIs.

"He threw the ball well, no doubt he did," Indians bench coach Brad Mills said. "He was able to mix his pitches, threw a lot of sliders and cutters today that he had real good command of and he was throwing 96-97."

Roberto Perez hit a three-run homer off rookie left-hander Brian Flynn in the Indians' five-run seventh. He also tripled as the Indians collected a spring-high 17 hits.

"I've been working on a lot of things in spring training and I finally put it together today," Perez said.

Indians: Clevinger, who logged a 2.73 ERA in 2015 with Double A Akron, allowed three runs, one earned, and five hits in two-plus innings. He struck out three and walked two.

Clevinger knows the Indians' rotation will be difficult to crack.

"It's definitely full," he said. "This whole system is full. It's above you in the rotation and the guys behind you in the system have tons of talent. It's all around you in the organization."

"I think everything was working," Volquez said. "The curve was good and my changeup was better than my curve. Fastball command was really good. I walked two guys but still felt good. It's all about getting ready for the start of the season. I'm real close."

ALL IN THE FAMILY

Luke Wakamatsu, a 19-year-old shortstop prospect with the Indians, entered in the seventh inning and grounded out to first in his only at-bat. His father, Don, is the bench coach for the Royals.

Bradley Zimmer, another Cleveland prospect who is the younger brother of Royals right-hander Kyle Zimmer, hit an RBI single in the ninth.

Omar Infante and Christian Colon, who are competing for the second base job with the Royals, were a combined 0 for 28 entering the game. Infante doubled in his first at-bat and singled in his second, ending the skid.

Indians CF Tyler Naquin, a 2012 first-round pick out of Texas A&M, continued his remarkable spring, going 2 for 4 with a double and raising his average to .417.

Royals: RHP Yordano Ventura, who has a 5.40 ERA in his first two starts, will face the White Sox on Monday.