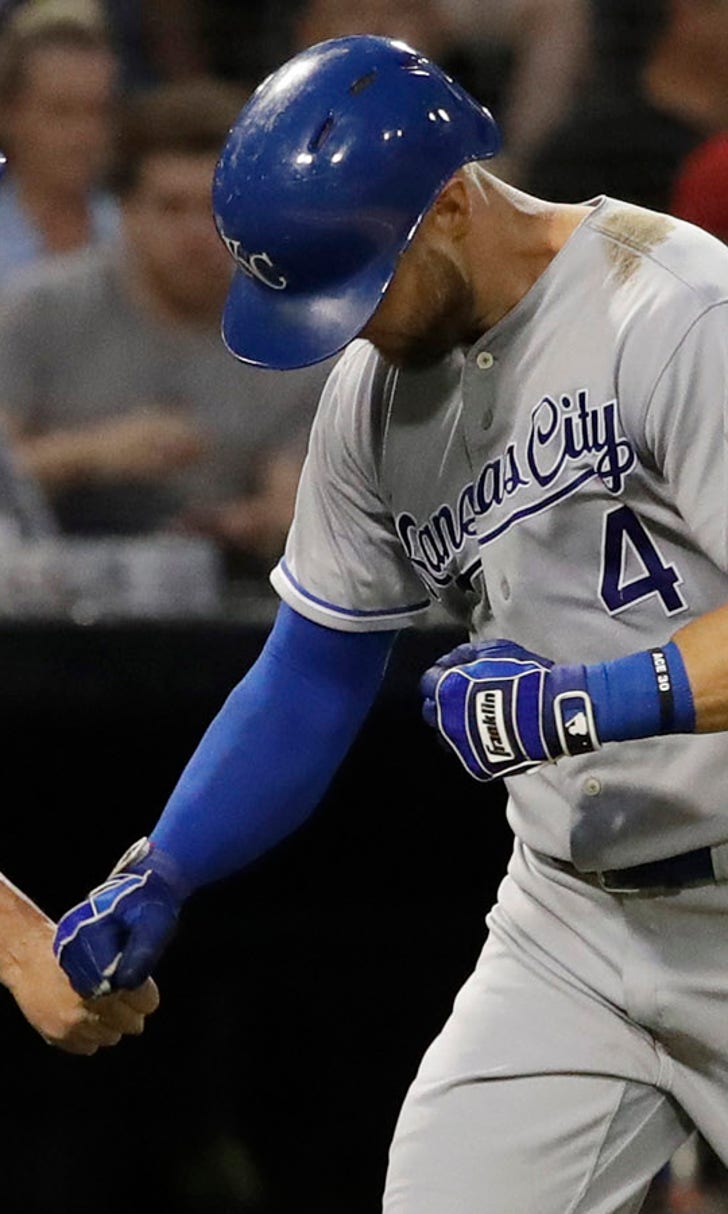 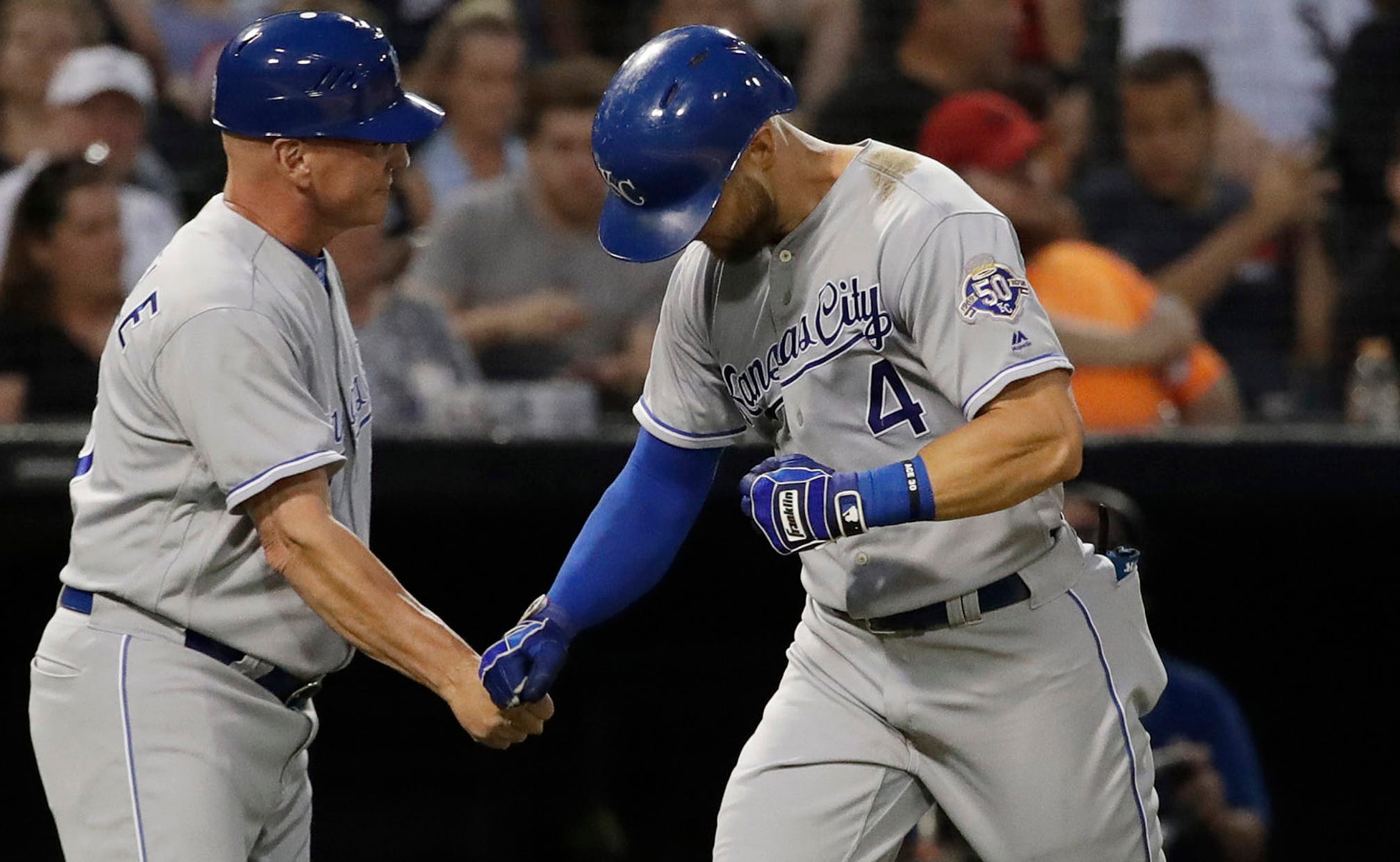 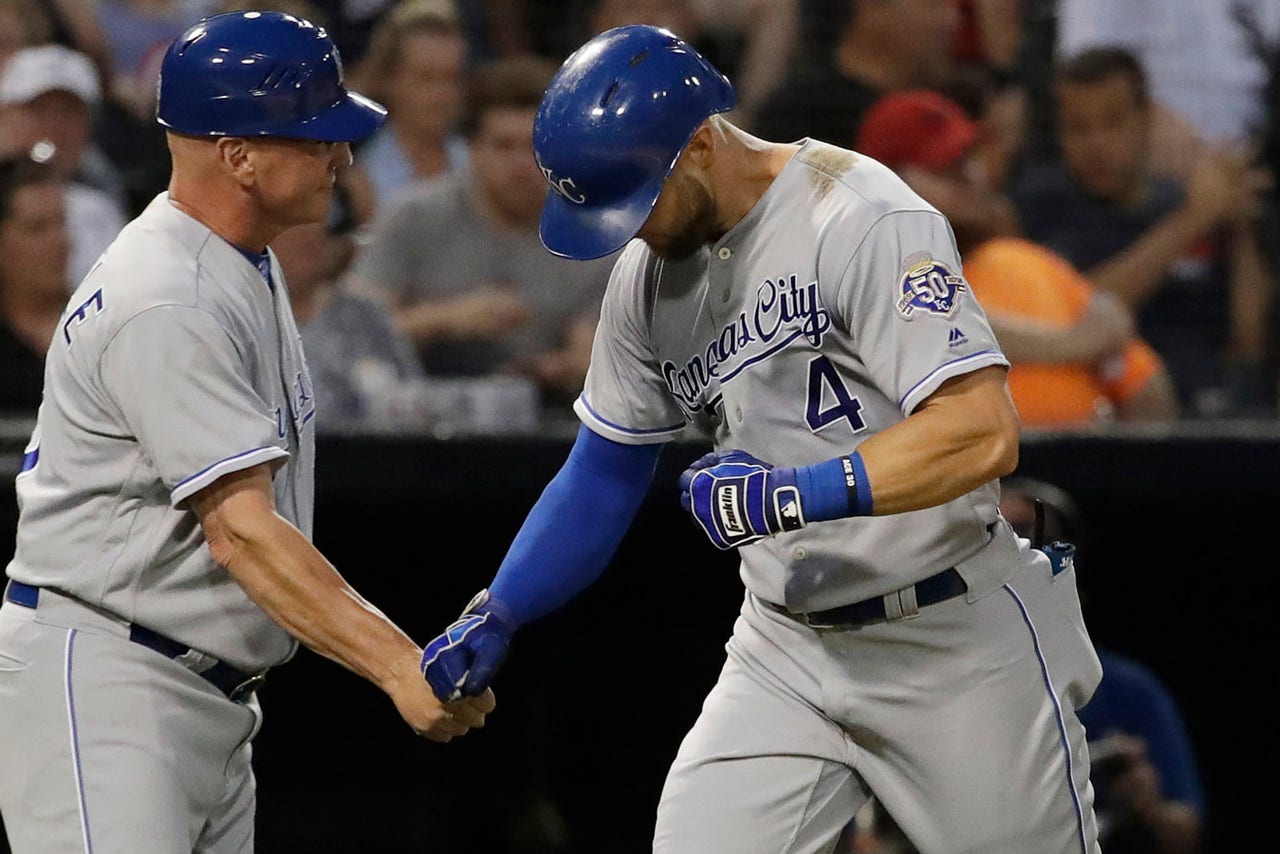 CHICAGO -- In a dim season for the last-place Kansas City Royals, rookie Brad Keller has been one of the few bright spots.

Keller pitched five solid innings, Alex Gordon homered and Jorge Bonifacio had a go-ahead RBI single in the decisive sixth inning for the Royals, who rallied past the Chicago White Sox 3-1 on Saturday night.

Nicky Delmonico homered in the second inning off Keller (6-5), driving a changeup over the right-center field fence. That was the only blemish against the 6-foot-5 right-hander, who allowed seven hits, struck out five and walked none.

"This was a battle game, honestly," said the 23-year-old Keller, who has the only winning record on the staff. "I felt like I made my pitches. It was one of the games where you needed to keep the team in it."

The Royals won for the third time in their past nine games. The White Sox had their win streak stopped at three.

Chicago had five hits combined in the fourth and fifth innings, but Keller got out of the jams.

"He did a great job of really limiting the damage," Royals manager Ned Yost said. "He made huge pitches when he needed to."

Dylan Covey (4-10) returned to the form he had displayed the first two months of the season but remained winless in five starts since July 21. The right-hander allowed two runs on four hits and three walks in 5 2/3 innings.

"Overall, I threw the ball pretty well," Covey said. "Just the mistake to Gordon, and then even the pitch to Bonifacio was a pretty good pitch."

After Whit Merrifield opened the game with a single, Covey didn't allow another hit until Gordon homered with one out in the sixth. One out later, Lucas Duda doubled and scored on Bonifacio's hit to left field.

Alcides Escobar provided an insurance run with a two-out RBI single off Juan Minaya in the ninth.

"Keller did a good job of keeping us in the game," Gordon said. "All we needed was a run to get us over."

Five Royals relievers combined for four scoreless innings. The last, Wily Peralta, worked a perfect ninth for his eighth save in as many tries.

Yost on Keller's performance against the #WhiteSox: "He competed his tail off." #Royals pic.twitter.com/fl9NBQ3EZd

"I said, 'Can you play for us?'" White Sox manager Rick Renteria said. "She said, 'Sure.' Seems to be a really nice lady."

NEWBIE IN THE HOUSE

Kansas City promoted RHP Jake Newberry from Omaha and optioned RHP Jason Adam to the Triple-A club. The 37th-round draft pick from 2012 is in line to become the lowest-round selection to debut for the team since OF Jarrod Dyson (50th, 2010).

RHP Blaine Boyer cleared waivers and became a free agent. The veteran had a 12.05 ERA in 21 relief appearances for the Royals.

Royals: OF Brett Phillips (lower-body fatigue) returned to the lineup after a two-game absence.

White Sox: OF Avisail Garcia will try to work through a balky right knee that's likely to require surgery after the season. "He's just going to have to deal with it and continue to move forward. And I think he'll be able to," Renteria said. ... RHP Nate Jones (strained right arm) "is throwing the ball well and feeling good," Renteria said, but there still is no timetable for his return. His last appearance came on June 12.

Chicago White Sox
share story
those were the latest stories
Want to see more?
View All Stories
Fox Sports™ and © 2020 Fox Media LLC and Fox Sports Interactive Media, LLC. All rights reserved. Use of this website (including any and all parts and components) constitutes your acceptance of these Terms of Use and Updated Privacy Policy. Advertising Choices. Do Not Sell my Personal Info