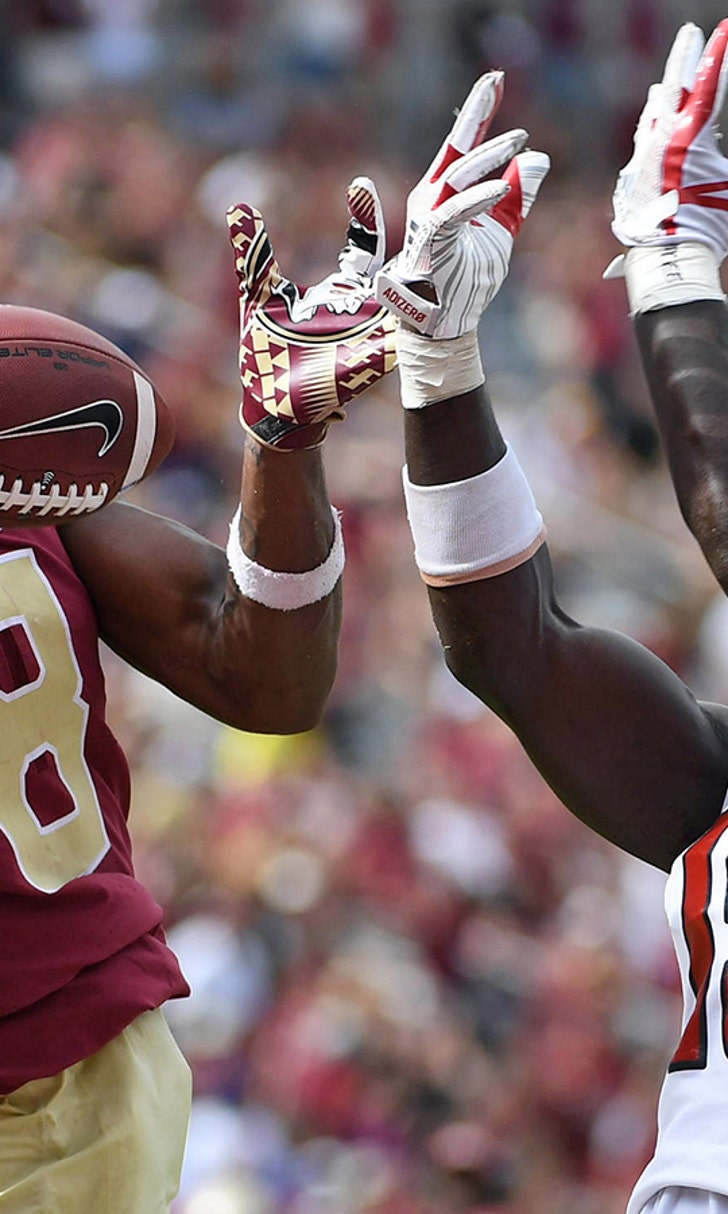 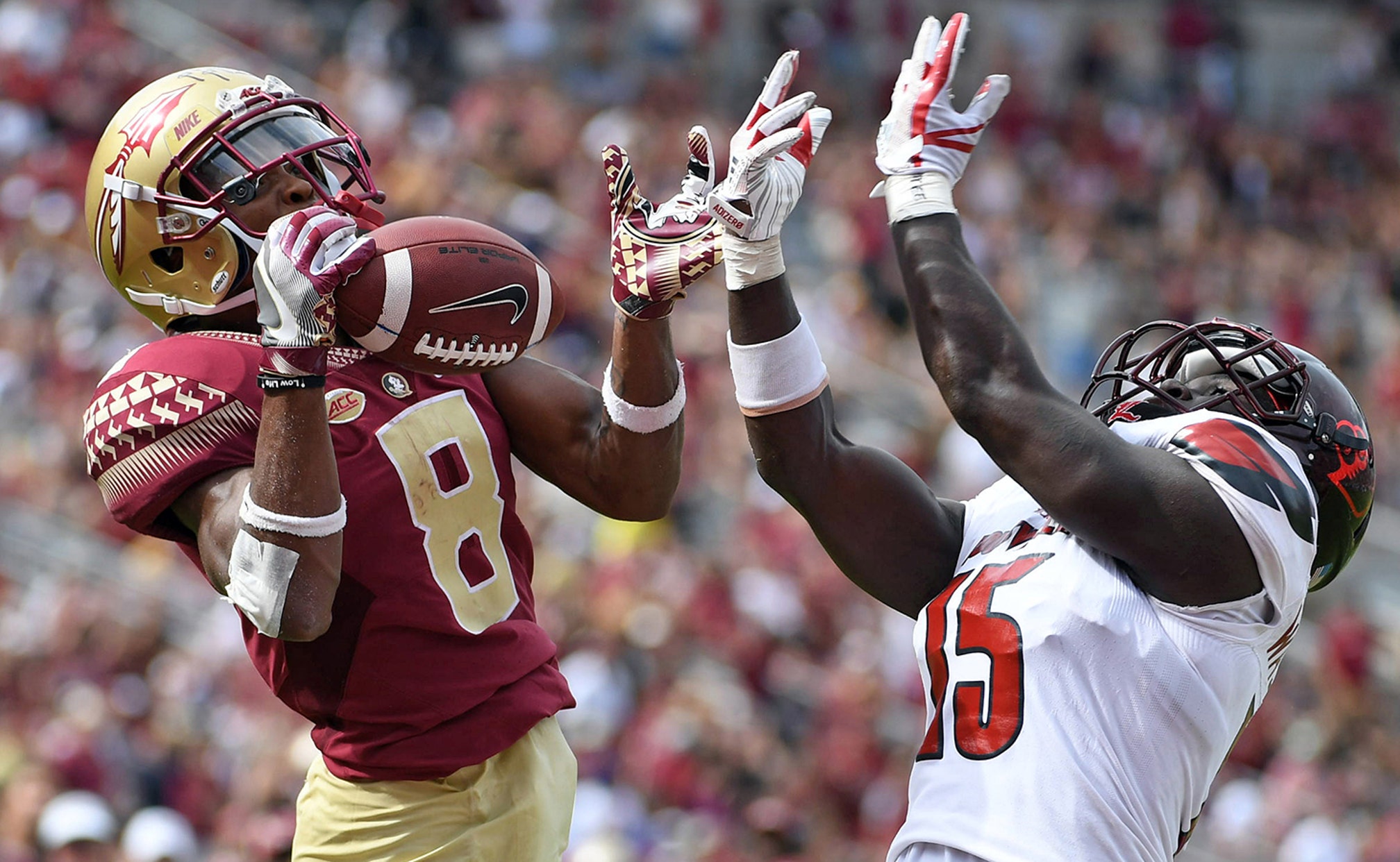 FSU comes up short in final seconds vs. Louisville, remains winless at home 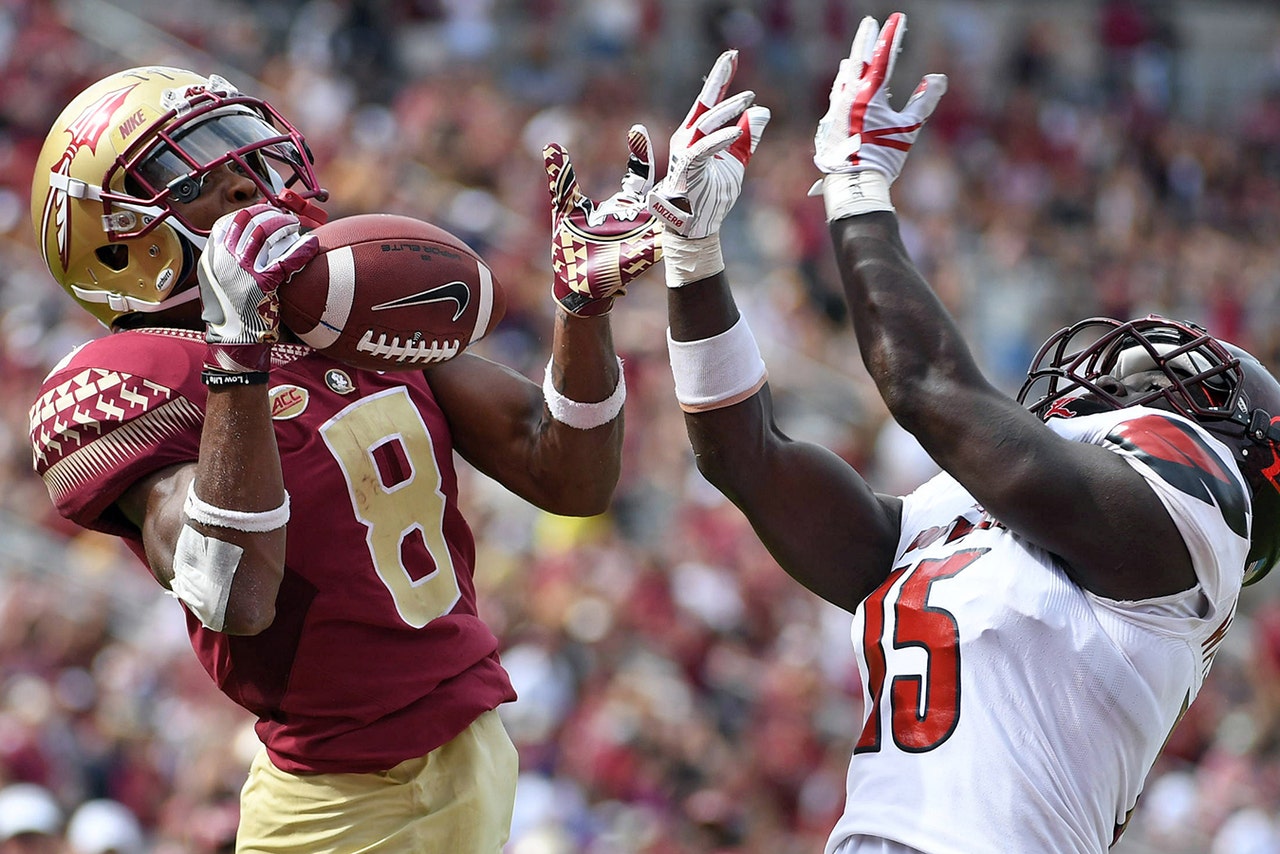 The sophomore's 34-yard field goal with five seconds remaining lifted the Cardinals to an emotional 31-28 win over Florida State on Saturday. The Cardinals (5-3, 2-3 ACC) took over on their own 24 with 2:05 remaining after Henry Famurewa recovered a James Blackman fumble. They then drove 59 yards in eight plays before Creque's kick.

"That's the first time I've ever had a kick to win or tie a game (late). I just tried to treat it like any other kick," Creque said. "We needed that win bad. It's been a rough week."

Not only is it Louisville's first win at Doak Campbell Stadium since 1952, snapping a nine-game losing streak here, but it caps an emotional week for the school's athletic program after the firings of athletic director Tom Jurich and basketball coach Rick Pitino.

The win is also a lift for a Cardinals squad that had lost two straight, including a 45-42 loss to Boston College last Saturday.

"This was very huge. We needed this to boost our momentum," said quarterback Lamar Jackson, who had 334 yards of total offense and accounted for two touchdowns.

Florida State trailed 28-14 going into the fourth quarter before rallying on a pair of Nyqwan Murray touchdowns. The junior recovered a Patrick fumble in the end zone to bring the Seminoles within a TD and then tied it when he hauled in a 20-yard pass from Blackman with 8:58 remaining.

It was not enough though as the Seminoles' nightmare season continues. After being ranked third in the AP Preseason Poll, FSU (2-4, 2-3) has dropped its first three home games for the first time since 1974 and is off to its worst start since Bobby Bowden's final season in 2009.

Even more important is that the Seminoles are in danger of missing a bowl game for the first time since 1982.

"It was a hurt locker room because they knew they were that close, but you play a guy like Louisville, Bobby (Petrino) and Lamar and those guys when you got them down you can't let them up," coach Jimbo Fisher said.

Jackson passed for a season-low 156 yards -- he was 13 of 21 with a touchdown -- but the Cardinals were very effective on the ground with 293 yards and averaging 6.7 yards per carry. Jackson led the way with 178 yards on 23 carries with a TD while Reggie Bonnafon (16 carries, 74 yards) and Dae Williams also ran for scores.

"You know how much I like the passing game but I thought the best way to win this game is to really run the ball at them," Petrino said. "We called a lot more run plays than I really like to. Our receivers were getting antsy, but when we did call it they made plays."

Blackman was 16 of 28 for 248 yards with two touchdowns but he also committed all three FSU turnovers (two interceptions, one fumble). Cam Akers was the leading rusher with 16 carries for 75 yards and Jacques Patrick had 70 yards on 14 carries. Murray had four receptions for 95 yards.

Louisville: The Cardinals gave up 364 rushing yards last week but was able to play solid against a Florida State rushing game that had gone over 200 yards the past two games as the Seminoles had just 155.

Florida State: The Seminoles have games remaining against Syracuse, Clemson and Florida remaining, which makes their path to getting bowl eligible difficult. "Everybody's not really used to this, even the older guys. I've never been through this since I've been here. So we've got to keep reinforcing that we've still got something left to play for," said tight end Ryan Izzo, who caught a touchdown in the first quarter.

Louisville: Travels to Wake Forest next Saturday. The Demon Deacons led 12-10 going into the fourth quarter of last year's game before the Cardinals scored 34 straight points.

Florida State: The Seminoles are at Boston College on Friday. FSU has won seven straight in the series, including 45-7 last year.