CINCINNATI, OH – FOX Sports Ohio is excited to announce it will broadcast all 162 Cincinnati Reds games for the 2019 regular season as well as 10 spring training games. All games will also stream live on Fox Sports digital platforms.

Play-by-play announcers Thom Brennaman and Jim Day, and color analysts Chris Welsh and Jeff Brantley will be in the booth this season to call all the action. Day, Jeff Piecoro, Brian Giesenschlag, Dan Hoard and Sam LeCure will all play a role in the network’s pregame and postgame coverage as well as in-game reporting. Shannon Ford will provide additional Reds coverage as a digital host on FOX Sports Ohio’s social media platforms.

The network will kick off the regular season with special coverage of Opening Day beginning at 10 a.m. on Thursday, March 28th. Programming details for Opening Day are forthcoming.

In addition to covering all live games, FOX Sports Ohio will have comprehensive coverage of the Reds with the return ofReds Live. The pregame edition, presented by Ray St. Clair Roofing, will provide fans with commentary, features, and in-depth pregame coverage of the Reds 30 minutes prior to every game telecast. Immediately following the final out of each game, the post-game edition, presented by Performance Kings Honda, will feature highlights, player interviews and analysis.

Reds Weekly, presented by Miami Valley Gaming, will also continue to air every Wednesday at 6 p.m. throughout the season. This 30-minute show hosted by Piecoro and Doug Flynn will not only break down future match-ups and recaps previous games, but it will also feature the best interviews, highlights, and more. 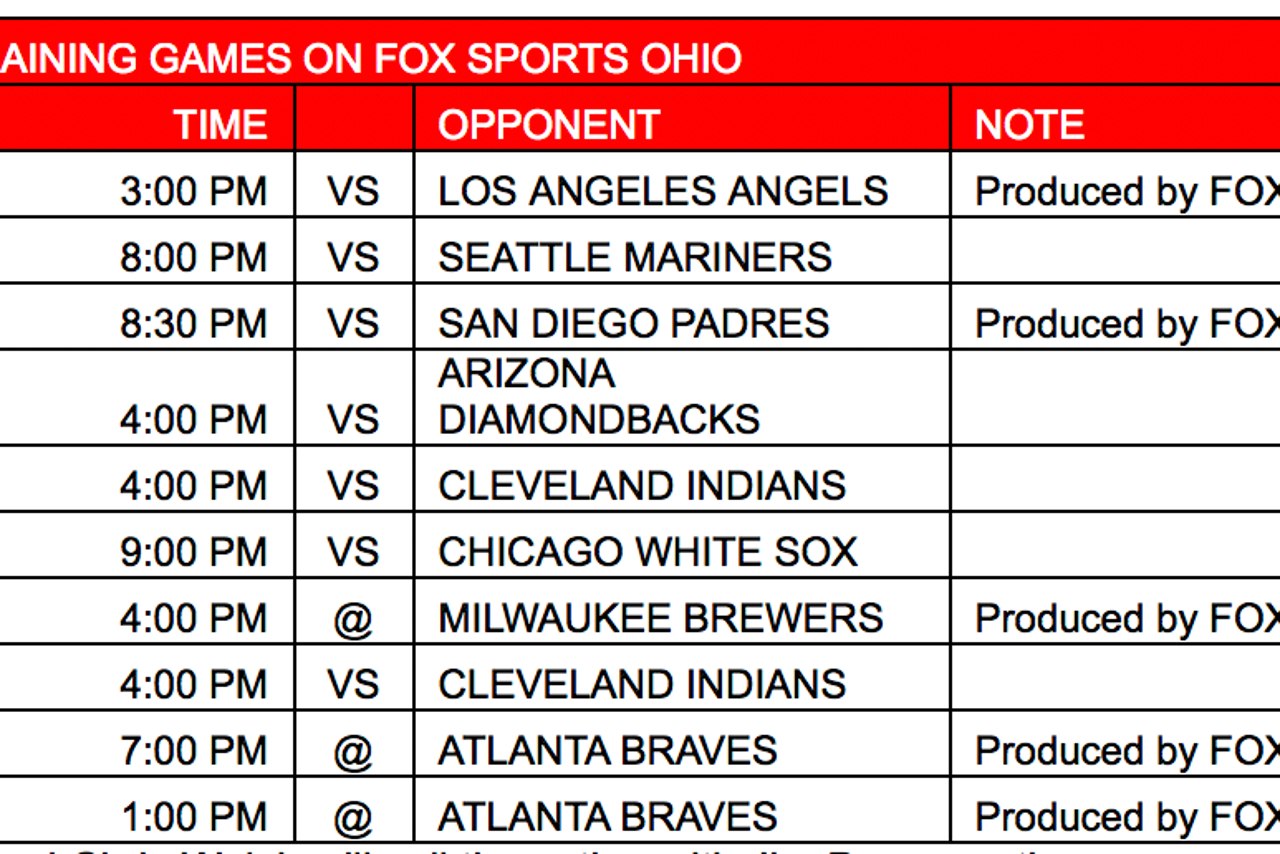 *Thom Brennaman and Chris Welsh will call the action with Jim Day reporting.