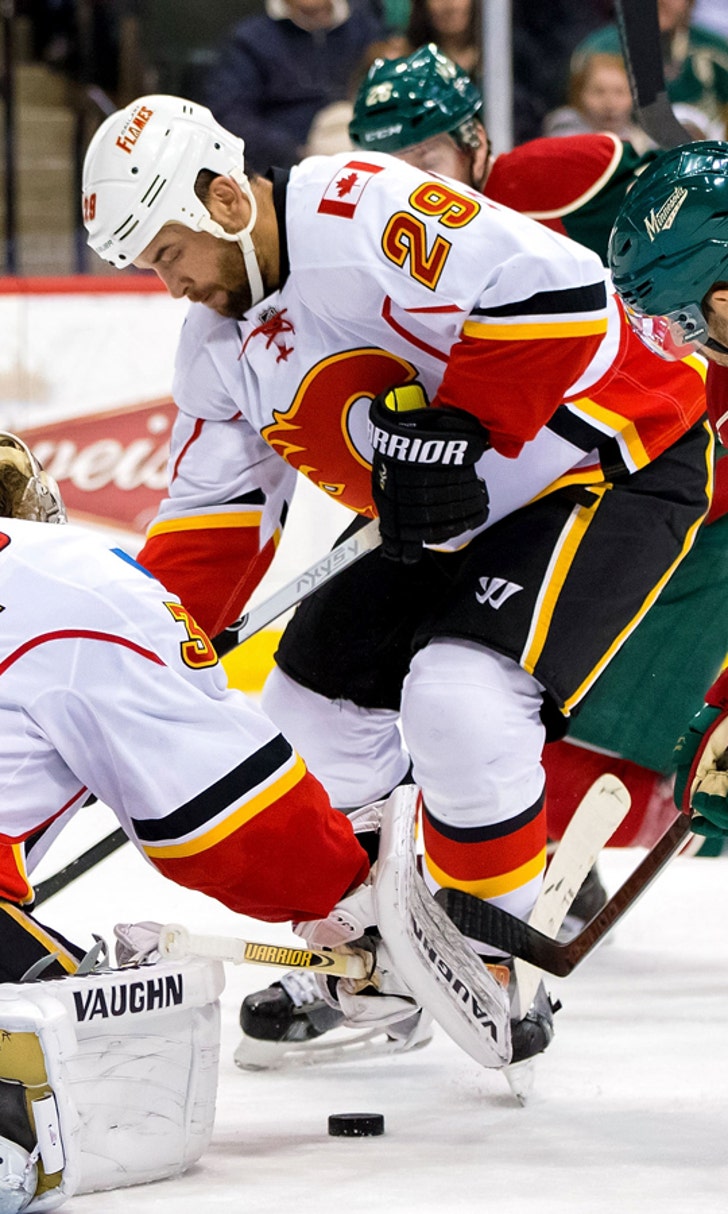 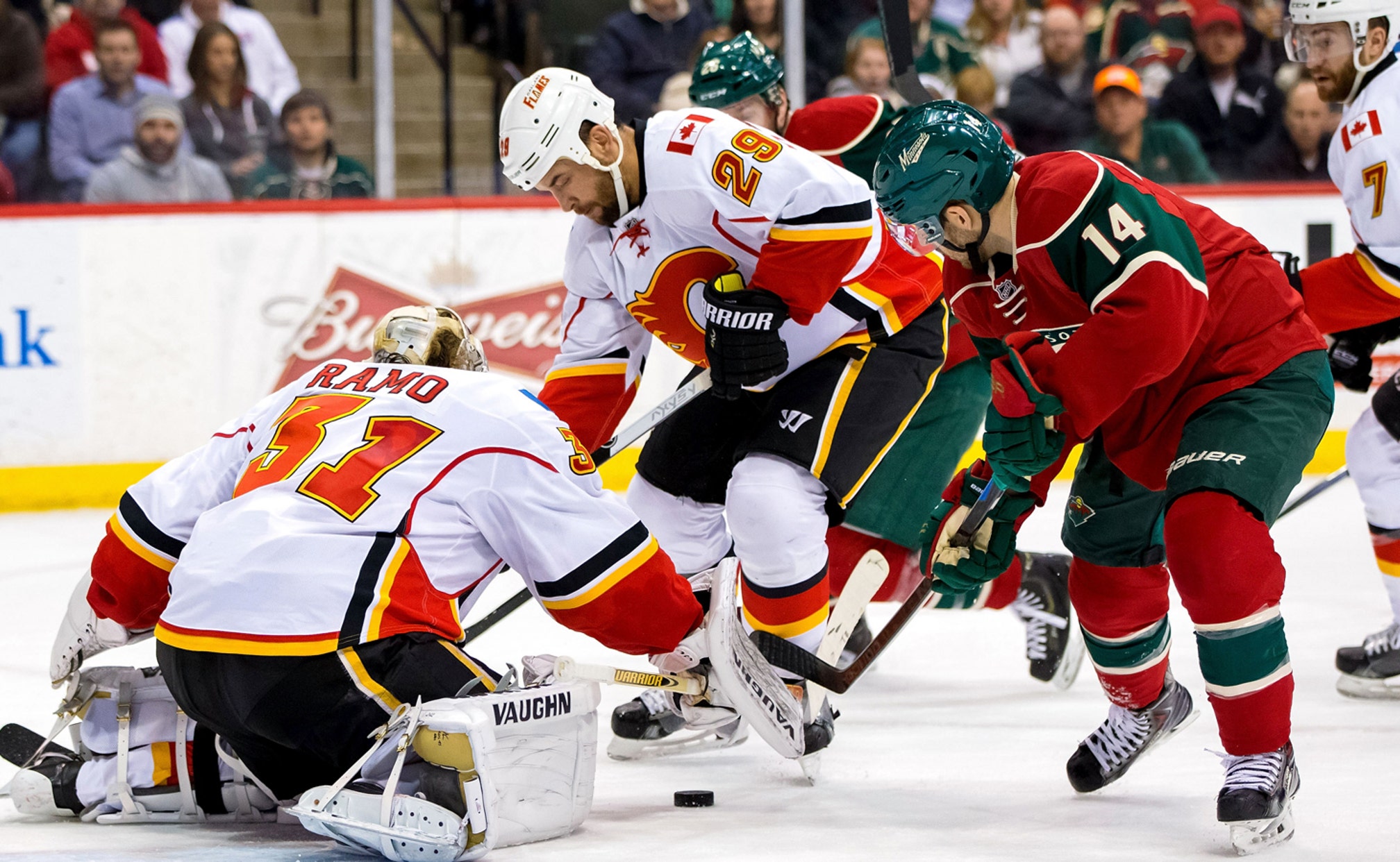 ST. PAUL, Minn. -- Justin Fontaine walked down the hallway from the Minnesota Wild bench and took a moment to collect himself and speak with Minnesota's trainers after taking a big hit from Calgary Flames forward Joe Colborne.

Then Fontaine returned to the bench and took his next shift, cycling around the Calgary goal when he saw linemate Thomas Vanek on the back side. Fontaine passed the puck and Vanek batted it out of the air and into the net to break a 1-all tie.

"I was pretty rattled about that," Fontaine said. "Didn't think it was the cleanest hit but sometimes when you come back, those motivate you and kind of get you going."

The hit, and subsequent score, got the entire team going. The Wild scored three straight times and won 4-2 to pull five points clear of the ninth-place Flames in the Western Conference and climb within a point of Chicago for third in the Central Division.

"I think that we were pretty awake to start the third period but that was definitely the rallying point, especially for Fonzie," Minnesota head coach Mike Yeo said.

The spark had been lit for a team that owns the league's best record since the All-Star break.

"I think it just got us a little, I don't know, pissed off I guess is the right word," Vanek said, later adding: "(Fontaine) was fired up. First off, I was happy to see him back because he's playing some great hockey right now. Then, to set it up and shove it up their guys' you-know-what felt pretty good for him.

Fontaine took the opportunity to say something to Colborne after the goal.

"Yeah, I wasn't too happy," Fontaine said. "I kind of see him coming off the bench on a change. I know the guy a little bit, just playing juniors against him. Yeah, let him hear a little bit."

Colborne, at 6-foot-5, hit the 5-10 Fontaine in the chest with his shoulder. Fontaine had turned his head before the hit but he didn't have the puck.

"That was just a dirty hit," Vanek said. "It's a late hit and both refs I guess didn't see it or didn't think it was a penalty. I think it was great for Fonzie to come back a minute later and set up a goal."

Scoring quickly is the ultimate response, especially for a team streaking toward the playoffs.

"Great response by him, that's the way you respond," Yeo said of Fontaine. "When I got asked the question this morning, are we the most physical team? Not in the sense of running guys through the boards or dropping the glove. But that's a tough hockey player to come back from a hit like that the next shift and respond that way. That's the kind of toughness that we're asking for. So, it was a great response."