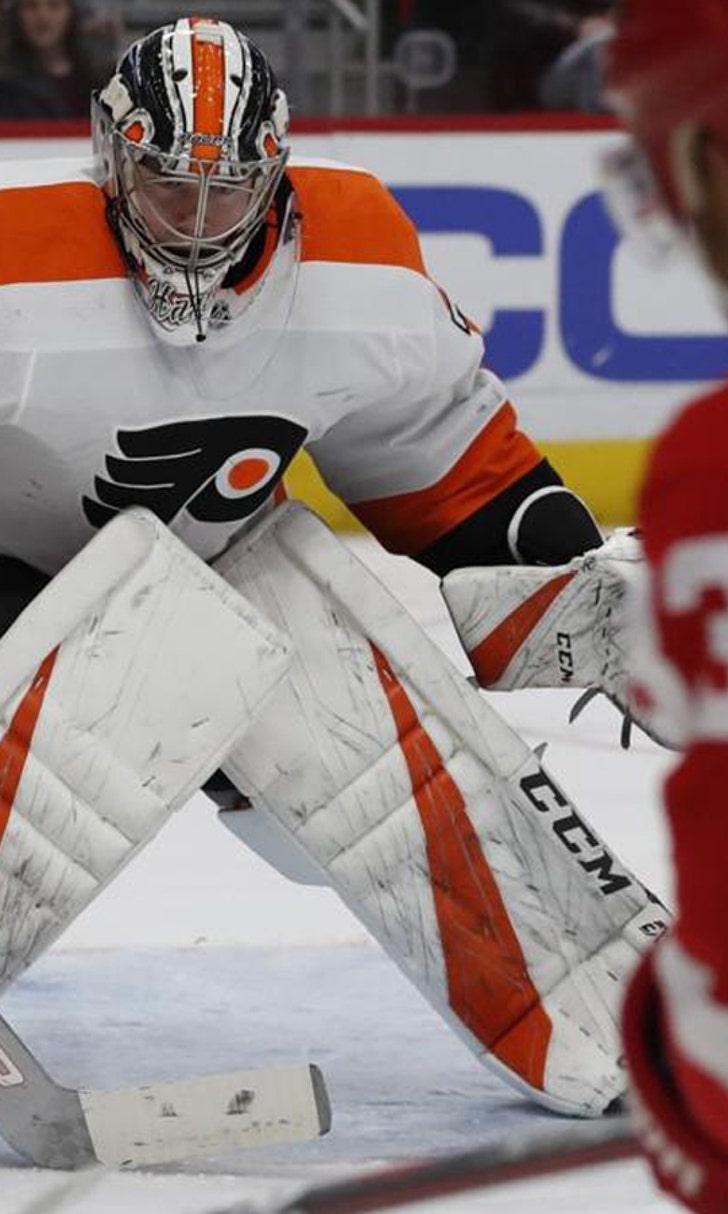 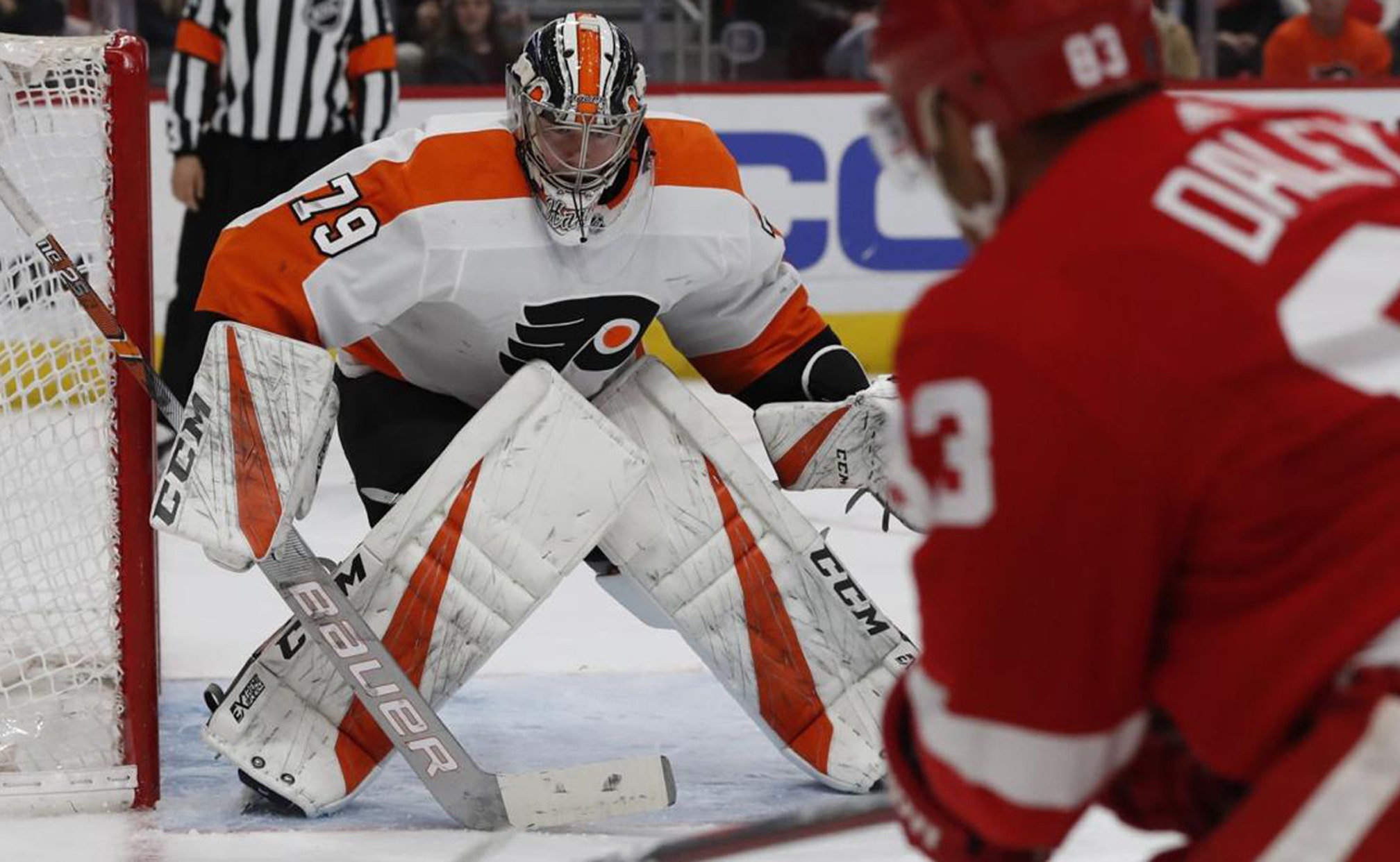 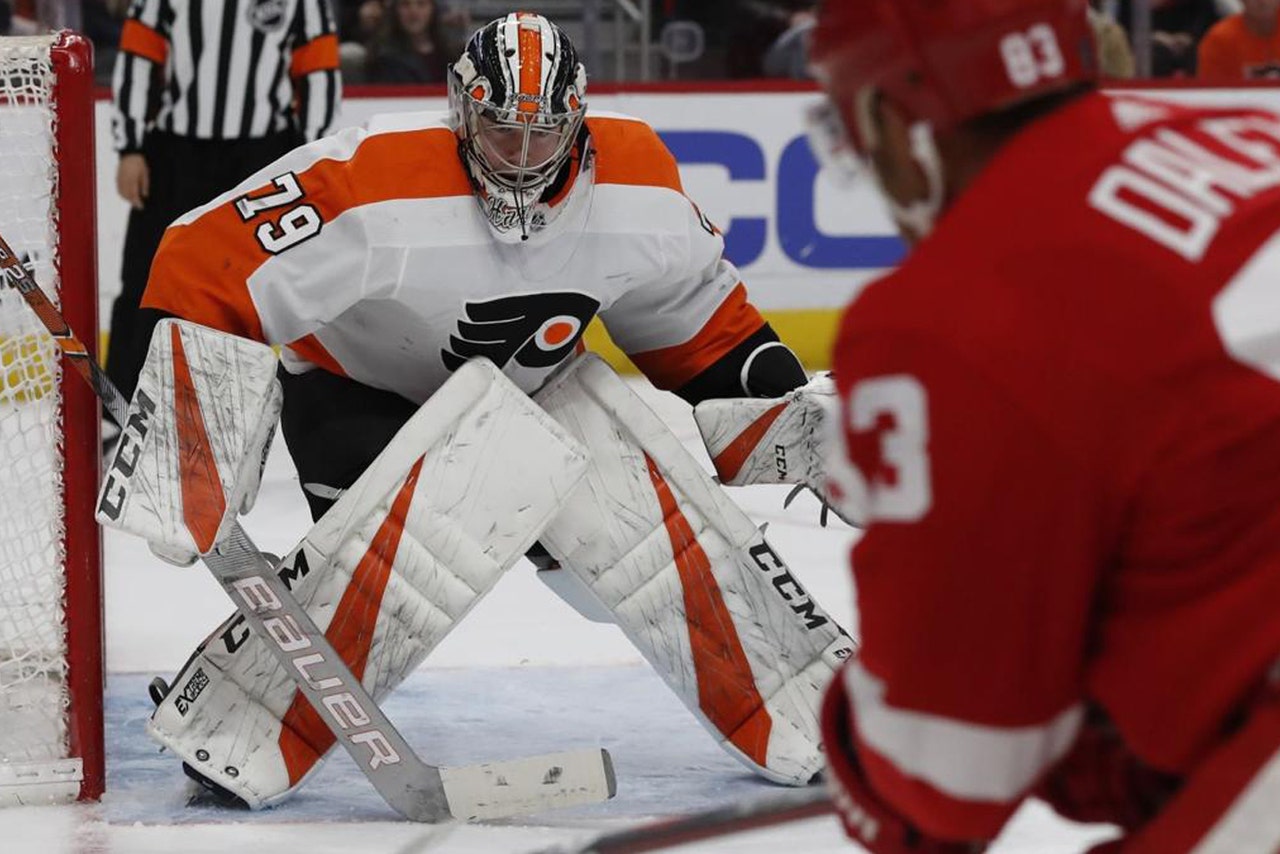 DETROIT (AP) -- Carter Hart bounced back from his worst performance in the NHL with one of his best, flourishing as he played on consecutive days for the first time in the league.

The breakout rookie had 37 saves to help the surging Philadelphia Flyers beat Detroit 3-1 on Sunday night after he gave up a career-high five goals in an overtime win against the Red Wings the previous day.

Ivan Provorov scored a tiebreaking goal early in the third period. Oskar Lindblom had two goals for the Flyers, breaking a scoreless tie early in the game and sealing the victory with an empty-net goal with 1:26 left.

Philadelphia has won 12 of its last 14 games, moving into contention for a wild card in the Eastern Conference playoffs or perhaps for one of the three guaranteed postseason spots available in the Metropolitan Division.

"No team goes on a stretch like this without strong goaltending," Gordon said.

"I'm not trying to get too far ahead of myself or live in the past," he said. "I just want to worry about every challenge that I'm presented with."

Flyers forward Wayne Simmonds challenged Detroit's Anthony Mantha to a fight in the opening minute, retaliating for his hit from behind against Claude Giroux on Saturday.

"I just had to finish it off really quick and get back to playing hockey," Simmonds said. "You just want to make a stand that we're not going to get bullied. If teams are going to try that, we're going to step up and defend one another."

Mantha said Simmonds told him before the game he was prepared to drop the gloves.

Even though Detroit had 38 shots, its only goal came early in the second period when Darren Helm made it 1-all.

"Carter Hart had an outstanding game, but I felt our team also played outstanding in almost every area," Red Wings coach Jeff Blashill said. "We just need to score more goals, especially when we are playing a very good defense like that one. Hart had something to do with it, but we have a lot of young players who have learned how to create scoring opportunities but aren't as good at finishing them."

Jonathan Bernier started and stopped nine shots in the first period for the Red Wings before leaving the game with an upper-body injury.

"We think it is more of a neck problem and that he'll be fine," Blashill said.

Bernier was replaced by Jimmy Howard, who had 11 saves and gave up a goal to Provorov while his view was obstructed on the shot from just inside the blue line.

"I never saw it," Howard said.

The Red Wings have lost five of seven, moving closer to being eliminated from postseason race for a third straight year.