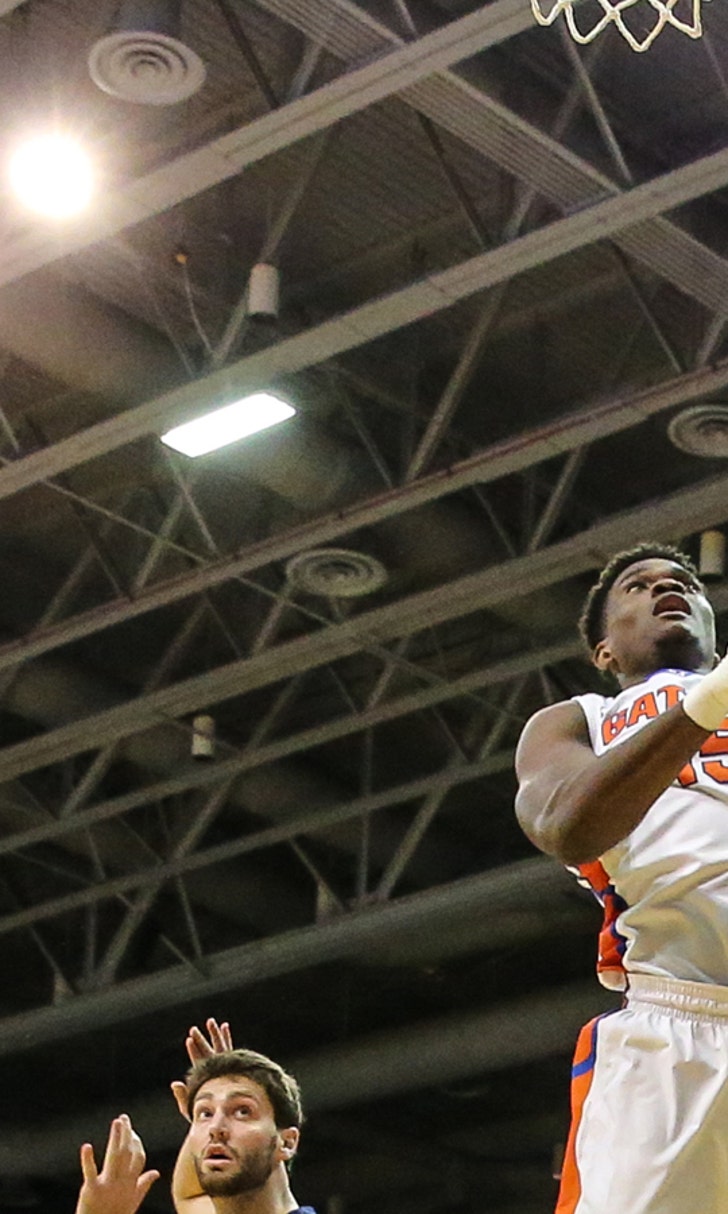 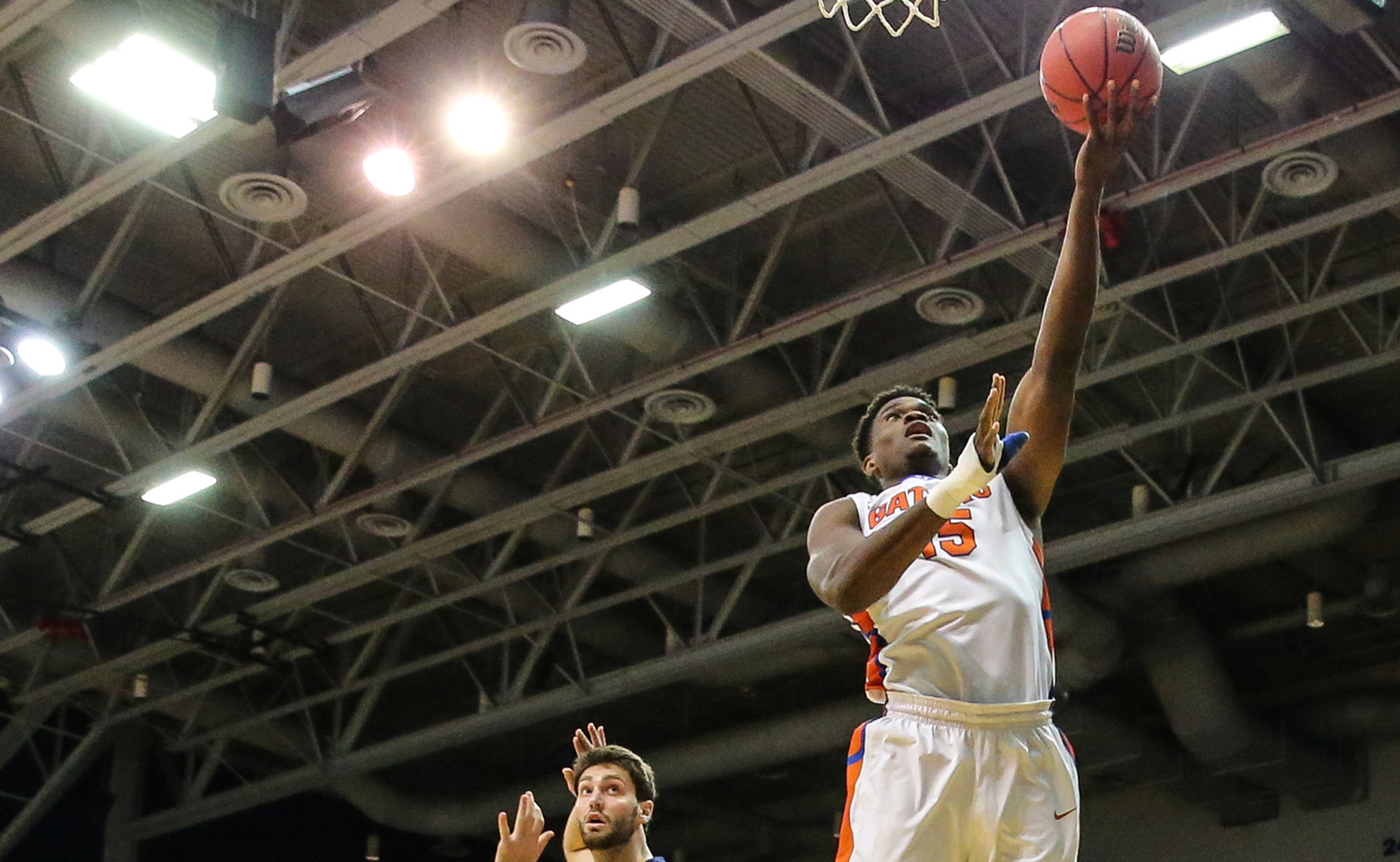 Florida cruises past UNF, moves on to second round of NIT 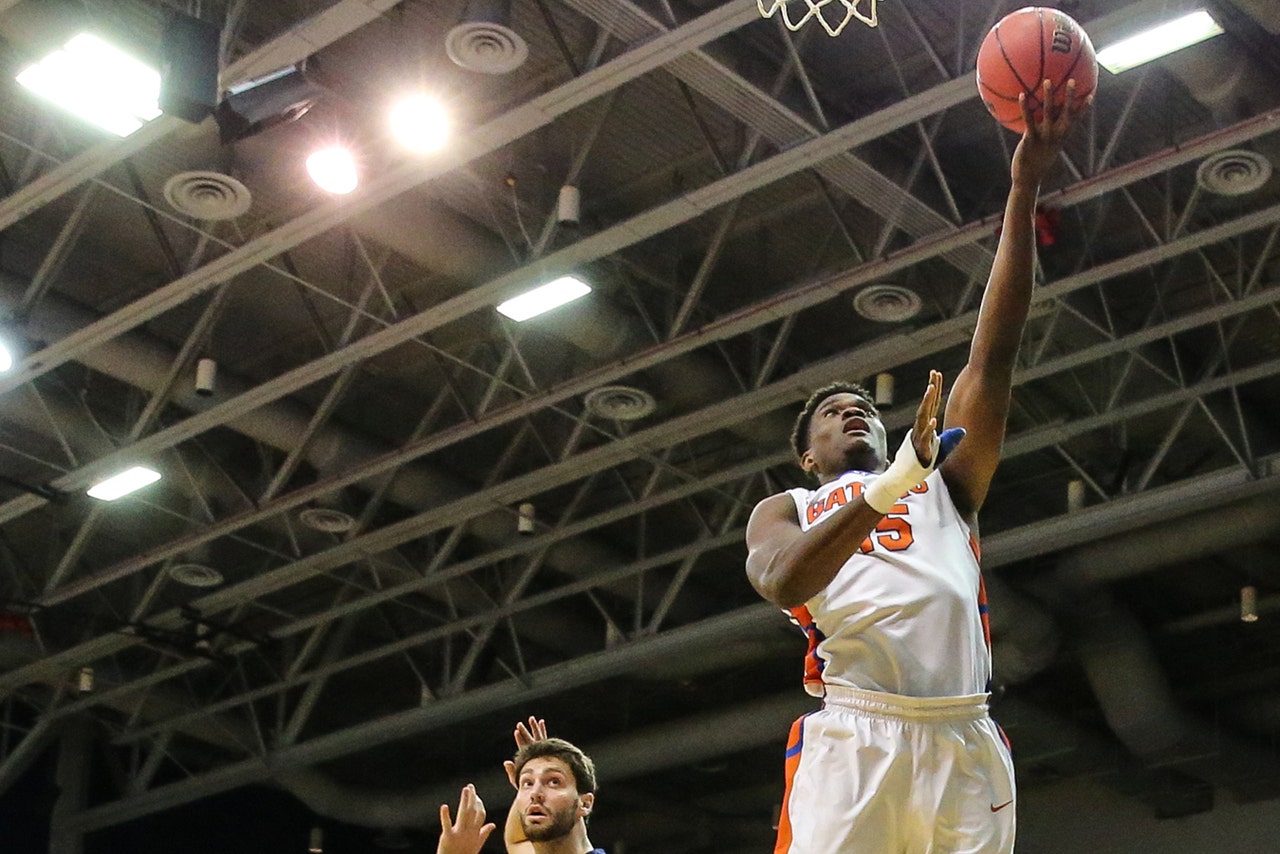 JACKSONVILLE, Fla. (AP) -- Dorian Finney-Smith had 15 points, nine rebounds and four steals, and Florida built a 22-point halftime lead to cruise past North Florida 97-68 on Tuesday night to advance to the second round of the NIT.

John Egbunu capped Florida's big first half with his 68th dunk of the season to set a program single-season record.

Florida made 12 of 19 3-pointers in the first half to help build a 57-25 lead. Finney-Smith, KeVaughn Allen and Kasey Hill each scored 12 in the half and the trio combined for 8 of 13 from 3-point range.

North Florida, the nation's top 3-point shooting team with 402 made entering the game, was just 4 of 15 in the first half.

The Ospreys hit five 3s in the opening five minutes of the second half but still trailed by 26.

All five starters for Florida (20-14) scored in double figures. Egbunu finished with 13 points and 11 rebounds, but Florida coach Mike White announced after the game that Egbunu will have season-ending thumb surgery on Thursday.

Egbunu tore a ligament in his thumb during practice last week, but played three games before opting for surgery.

The game was played at North Florida because of a $65 million renovation to Florida's O'Connell Center.

Florida Gators
share story
those were the latest stories
Want to see more?
View All Stories
Fox Sports™ and © 2021 Fox Media LLC and Fox Sports Interactive Media, LLC. All rights reserved. Use of this website (including any and all parts and components) constitutes your acceptance of these Terms of Use and Updated Privacy Policy. Advertising Choices. Do Not Sell my Personal Info