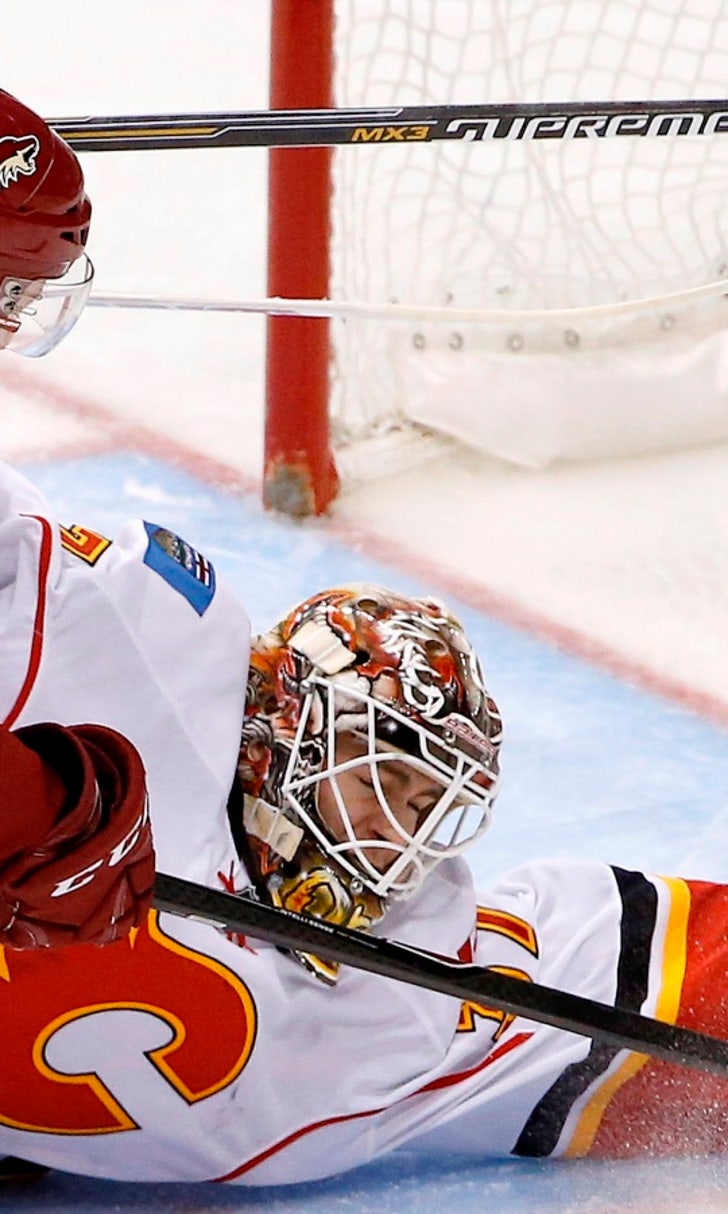 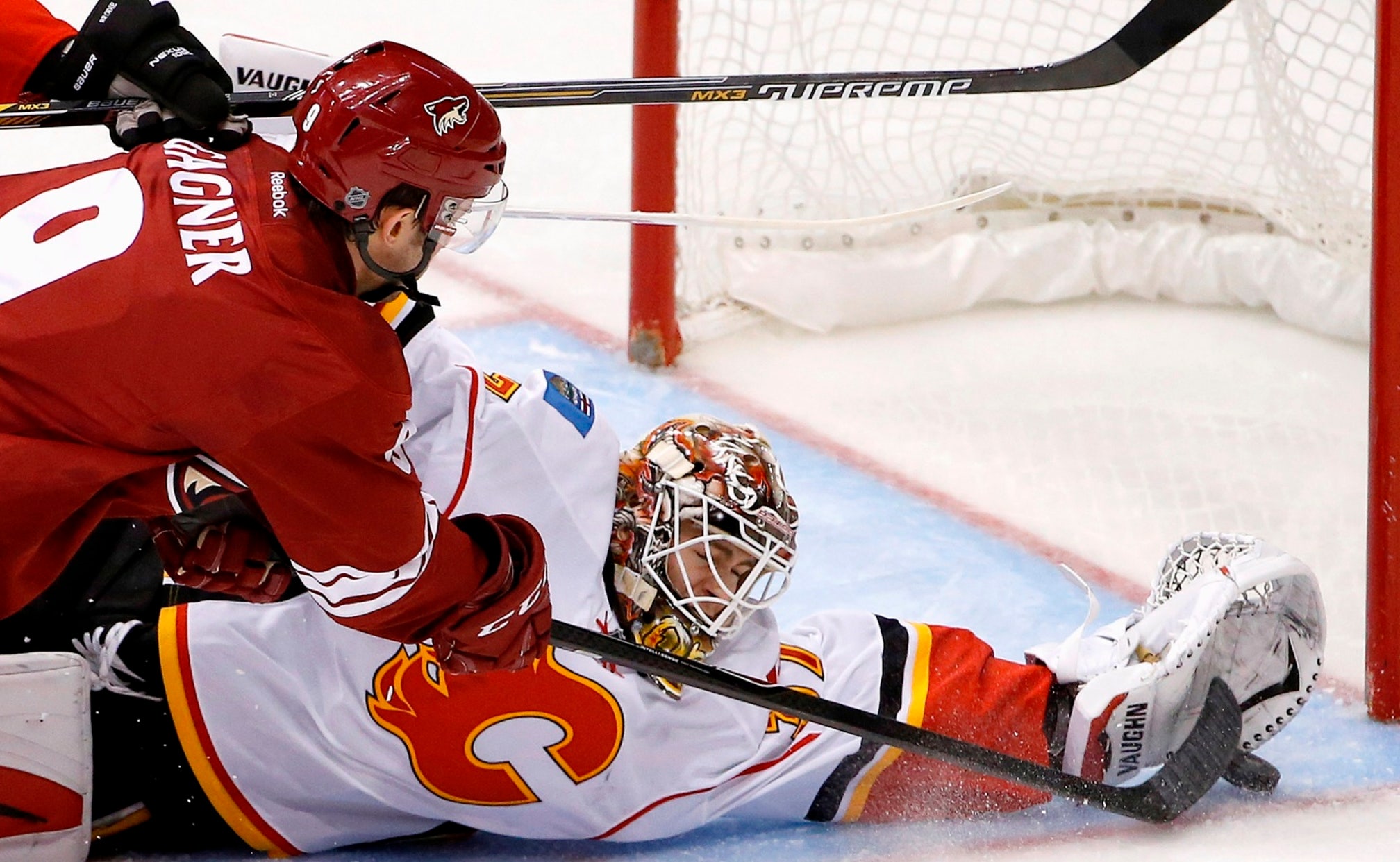 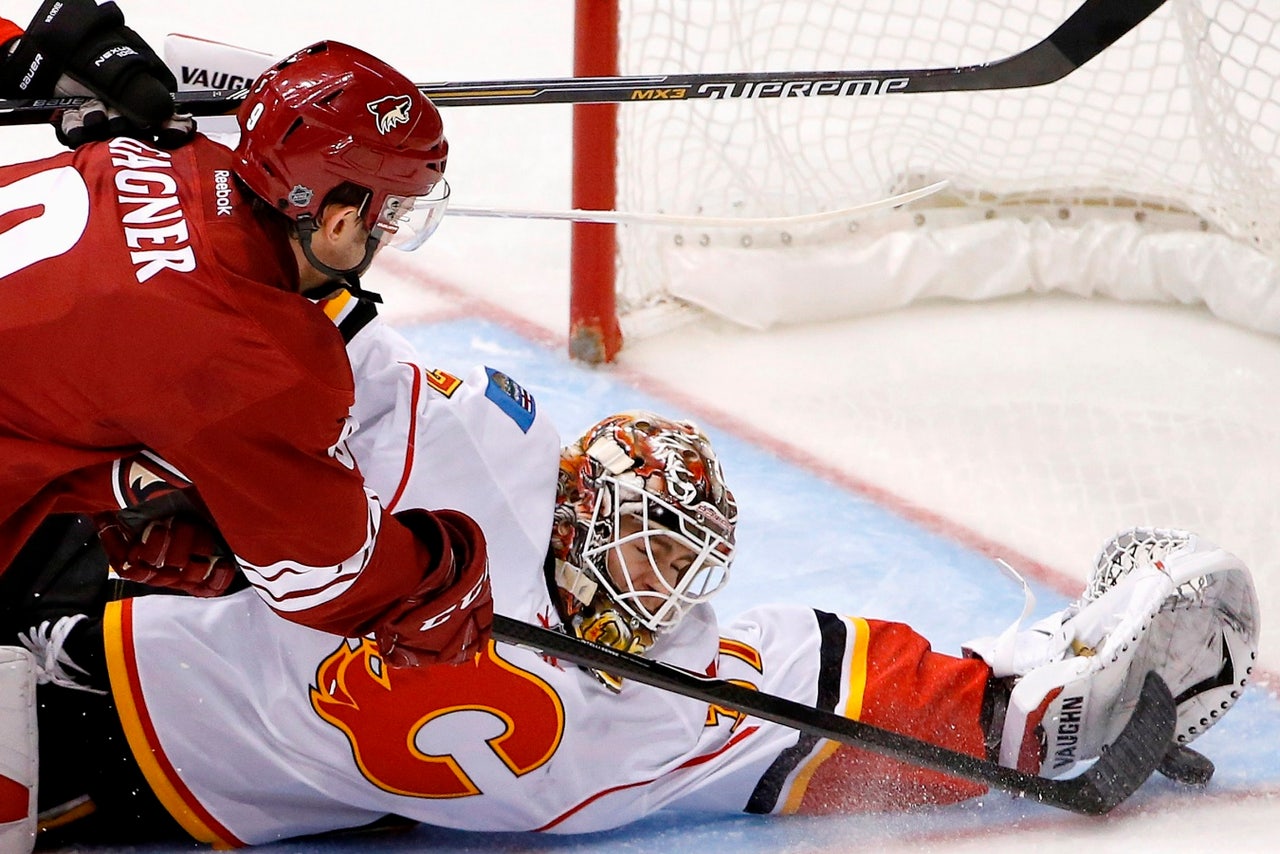 GLENDALE, Ariz. -- Joni Ortio is making the most of his latest stint with the Calgary Flames.

The 23-year-old goalie is on top of his game, and he turned aside 27 shots in the Flames' 4-1 win over the Arizona Coyotes on Thursday night.

Five days after a 36-save shutout of the Vancouver Canucks, Ortio starred again and earned his second win in two starts this season.

"We did a good job staying in the shooting lanes," Ortio said. "They didn't get a lot of shots through. It was a pretty good game, but I can't be pleased. Have to keep moving forward."

Jones broke a 1-1 tie, and Monahan scored into an empty net with 1:25 left for Calgary, which has won all four meetings against Arizona this season.

"Orts gave us another great game," Flames coach Bob Hartley said. "In control, battled, had many saves where he had to battle through traffic, and he had great focus."

Backlund sent a shot past Mike Smith's glove side at 1:03 of the second period to give the Flames a 1-0 lead. It was Backlund's fourth goal in four games and fifth this season. It was Calgary's only shot for the first 12 minutes of the period.

"Hopefully he doesn't break that stick. He's hot right now and he's just got to keep shooting the puck," Jones said of Backlund.

Mikkel Boedker lifted the Coyotes into a 1-1 tie at 12:36 of the second. It was the fifth goal in six shots over four games for Boedker, who leads the Coyotes with 14 goals.

Boedker got a rebound and twisted his way with the puck to find an opening and shoot it past Ortio, whose shutout streak ended at just over 92 minutes. Boedker's four-game goal streak is a career high.

Smith kept the Flames from building on their lead with a glove save of Joe Colborne's shot at 11:25 of the third. He also made a sliding kick save of another shot moments later. But the Flames scored twice more in the final 4:02.

The Coyotes went 2-4 on their longest homestand of the season to date, including three straight losses. They will play the next eight on the road, starting Saturday at Minnesota and ending after the Super Bowl, which will be held in Arizona.

Shane Doan, the Coyotes captain who has 10 goals and 13 assists this season, didn't play due to a lower body injury sustained when he blocked a shot in a loss to San Jose on Tuesday. It was the first game he missed this season.

Arizona is 16-23-4 and near the bottom of the Western Conference.

"That's probably the first move to get some assets to improve the franchise," Tippett said.

NOTES: With Hanzal back on the active roster, D Brandon Gormley was placed on injured reserve with a lower-body injury. ... Coyotes D Phillip Samuelsson, acquired from Pittsburgh last month, made his debut with the team. Samuelsson is the son of former NHL player Ulf Samuelsson. ... Flames C Drew Shore made his debut with the team. He was acquired in a recent trade with Florida and called up from Adirondack.