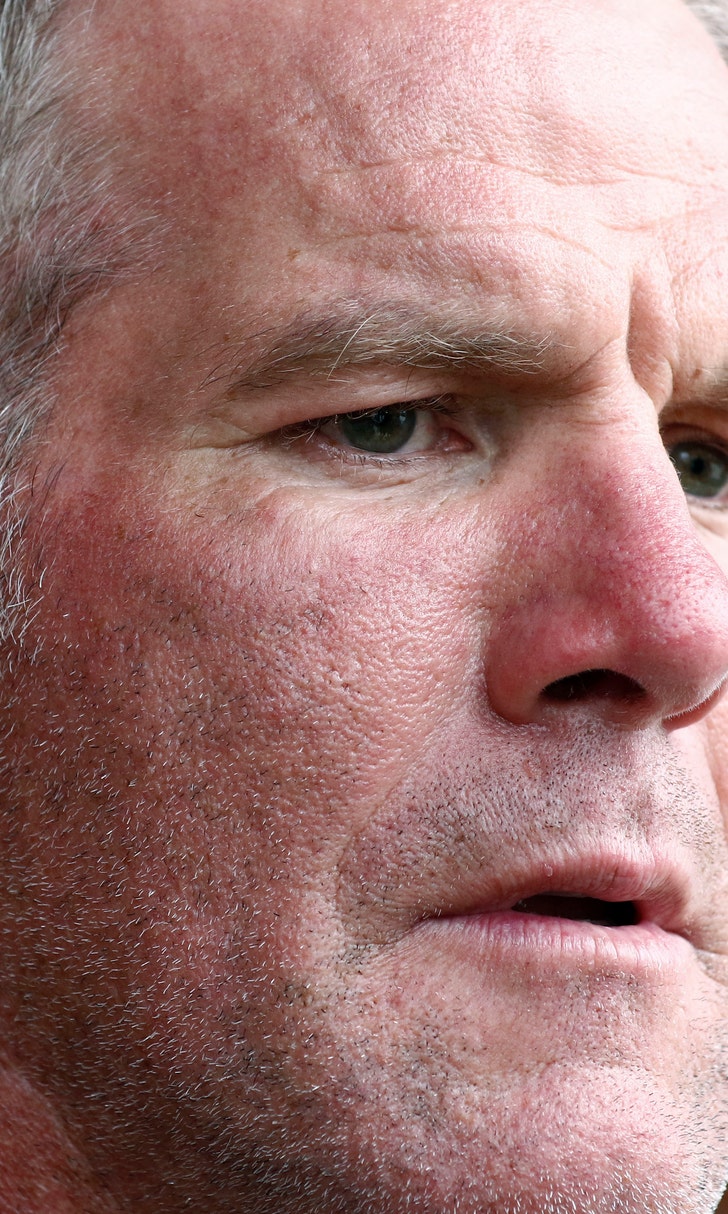 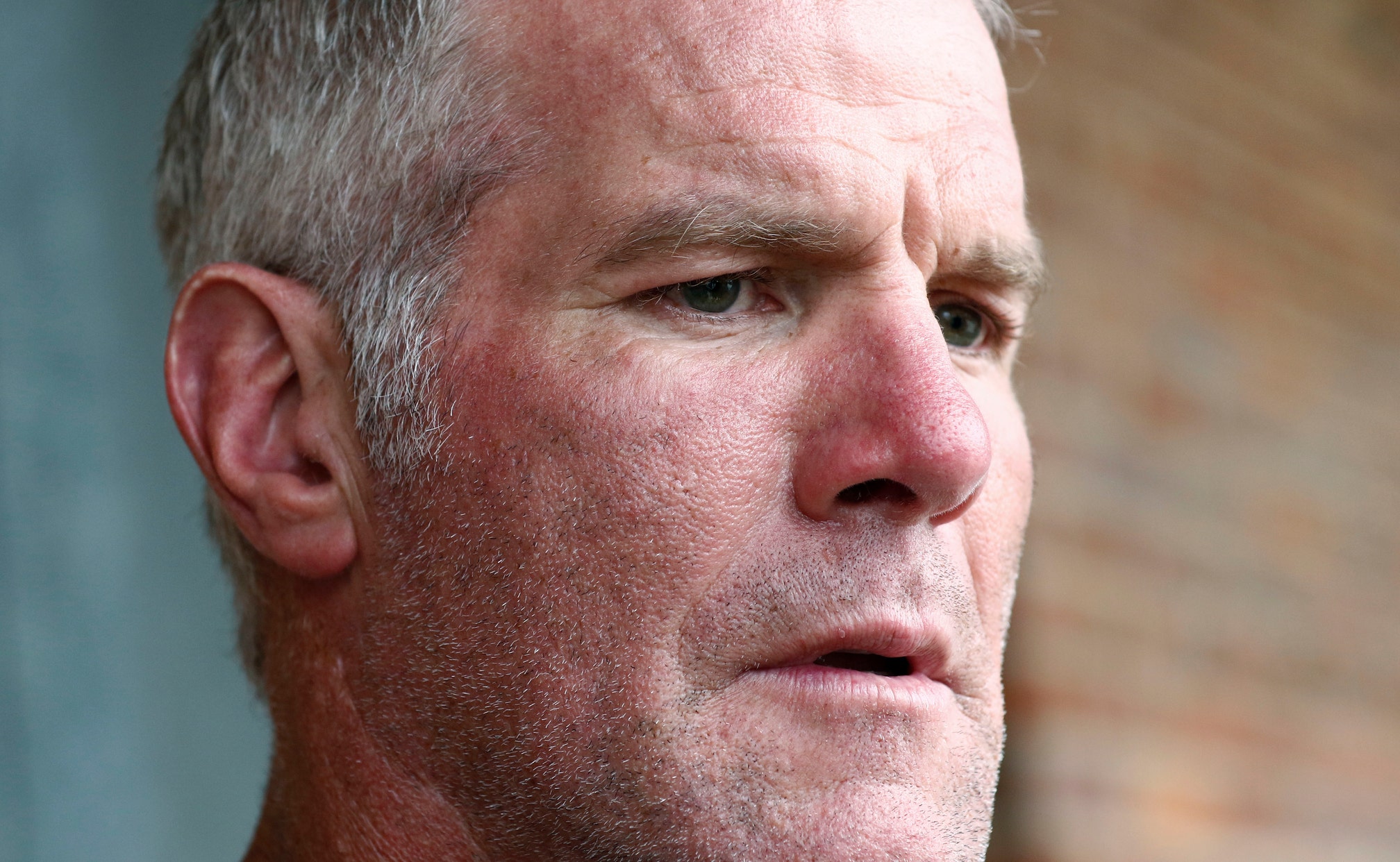 previous story
SEC schools expect campuses to be open in the fall
next story
Analysis: The NBA is proceeding with extreme caution

JACKSON, Miss. (AP) — Former NFL quarterback Brett Favre is repaying $1.1 million in welfare money that he received for multiple speeches where he did not show up, the Mississippi state auditor said Wednesday.

Auditor Shad White said his office received $500,000 from Favre on Wednesday, plus a commitment that Favre will repay the other $600,000 in installments over the next few months.

Favre's effort to repay the money came two days after White released an audit of spending by the Mississippi Department of Human Services that showed Favre had been paid by Mississippi Community Education Center, a nonprofit group whose former leader has been indicted in a welfare embezzlement scheme.

Mississippi is one of the poorest states in the U.S., and the community education center had contracts with Human Services to spend money through the Temporary Assistance for Needy Families program, also known as TANF.

“I want to applaud Mr. Favre for his good faith effort to make this right and make the taxpayers and TANF families whole,” White said in a statement Wednesday. "To date, we have seen no records indicating Mr. Favre knew that TANF was the program that served as the source of the money he was paid.”

The audit released Monday said the center paid Favre Enterprises $500,000 in December 2017 and $600,000 in June 2018, and he was supposed to make speeches for at least three events. The auditor’s report said that “upon a cursory review of those dates, auditors were able to determine that the individual contracted did not speak nor was he present for those events.”

Favre, who lives in Mississippi, faces no criminal charges. The audit report lists the payments to him as “questioned” costs, which White said means “auditors either saw clear misspending or could not verify the money had been lawfully spent.”

In a Facebook post Wednesday night, Favre said he didn’t know the payments he received came from welfare funds and noted his charity had provided millions of dollars to poor kids in his home state of Mississippi and Wisconsin, where he played the bulk of his Hall of Fame career with the Green Bay Packers.

“My agent is often approached by different products or brands for me to appear in one way or another. This request was no different, and I did numerous ads for Family First,” Favre wrote.

“I have never received moneys for obligations I didn’t meet. To reiterate Auditors White’s statement, I was unaware that the money being dispensed was paid for out of funds not intended for that purpose, and because of that I am refunding the full amount back to the state of Mississippi.

“I have spent my entire career helping children through Favre 4 Hope donating nearly $10 million to underserved and underprivileged children in Mississippi and Wisconsin.

White said the money being repaid by Favre will be sent to the Department of Human Services.

Favre has not returned multiple text messages sent to him by The Associated Press since Monday. His manager, Bus Cook, told AP on Wednesday: “We've got nothing to say.”

In an audit, White said his employees identified $94 million in questionable spending by the agency, including payments for sports activities with no clear connection to helping needy people in one of the poorest states of the U.S.

The audit was released months after a former Human Services director and five other people were indicted on state charges of embezzling about $4 million. They have pleaded not guilty and are awaiting trial in what White has called one of Mississippi's largest public corruption cases in decades.

“If there was a way to misspend money, it seems DHS leadership or their grantees thought of it and tried it,” White said.

John Davis was director of the Department of Human Services from January 2016 until July 2019, appointed by then-Gov. Phil Bryant — a Republican who also appointed White to office when a previous auditor stepped down. Davis was one of the people indicted; another was Nancy New, who was director of the Mississippi Community Education Center. Davis, New and the others indicted have pleaded not guilty and are awaiting trial.

AP left a phone message Wednesday at Mississippi Community Education Center's Jackson office with questions about the payments to Favre. There was no immediate response.

White said the those two nonprofit groups received more than $98 million in Department of Human Services grants during the three years that ended June 30. Most of the money came from Temporary Assistance for Needy Families.

The audit will be sent to the U.S. Department of Health and Human Services, and federal officials will decide whether to sanction the state for misspending, White said.