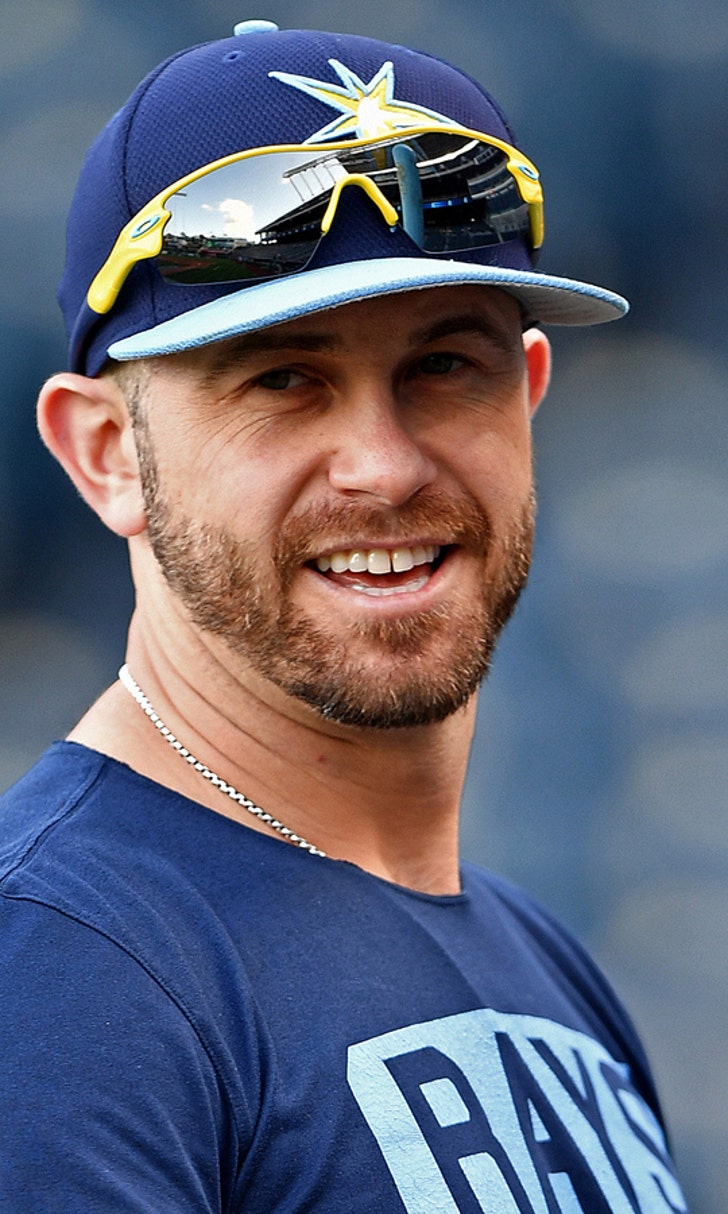 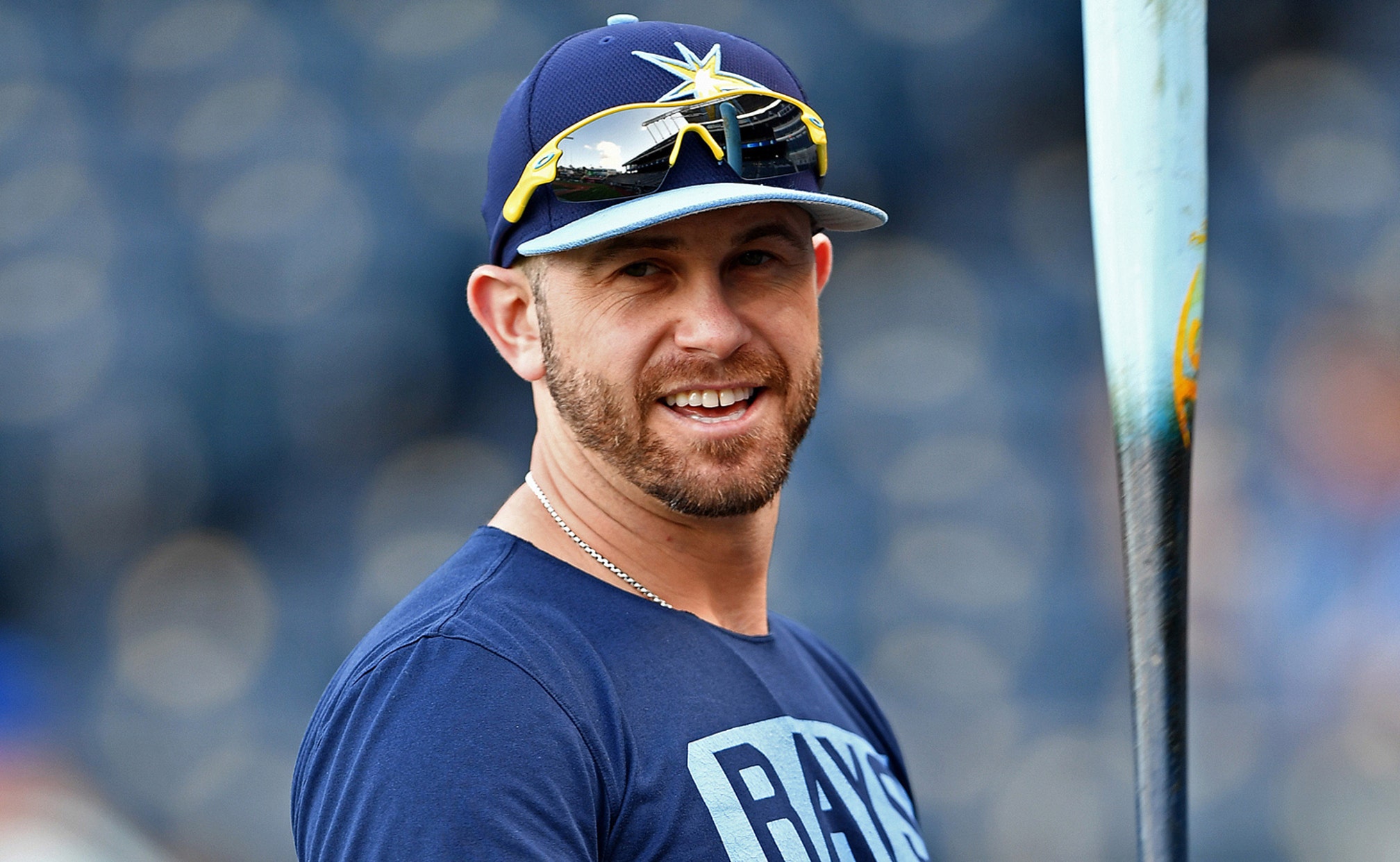 previous story
The 313: Still cheering for Justin Verlander?
next story
StaTuesday: Brewers can steal their way into MLB history 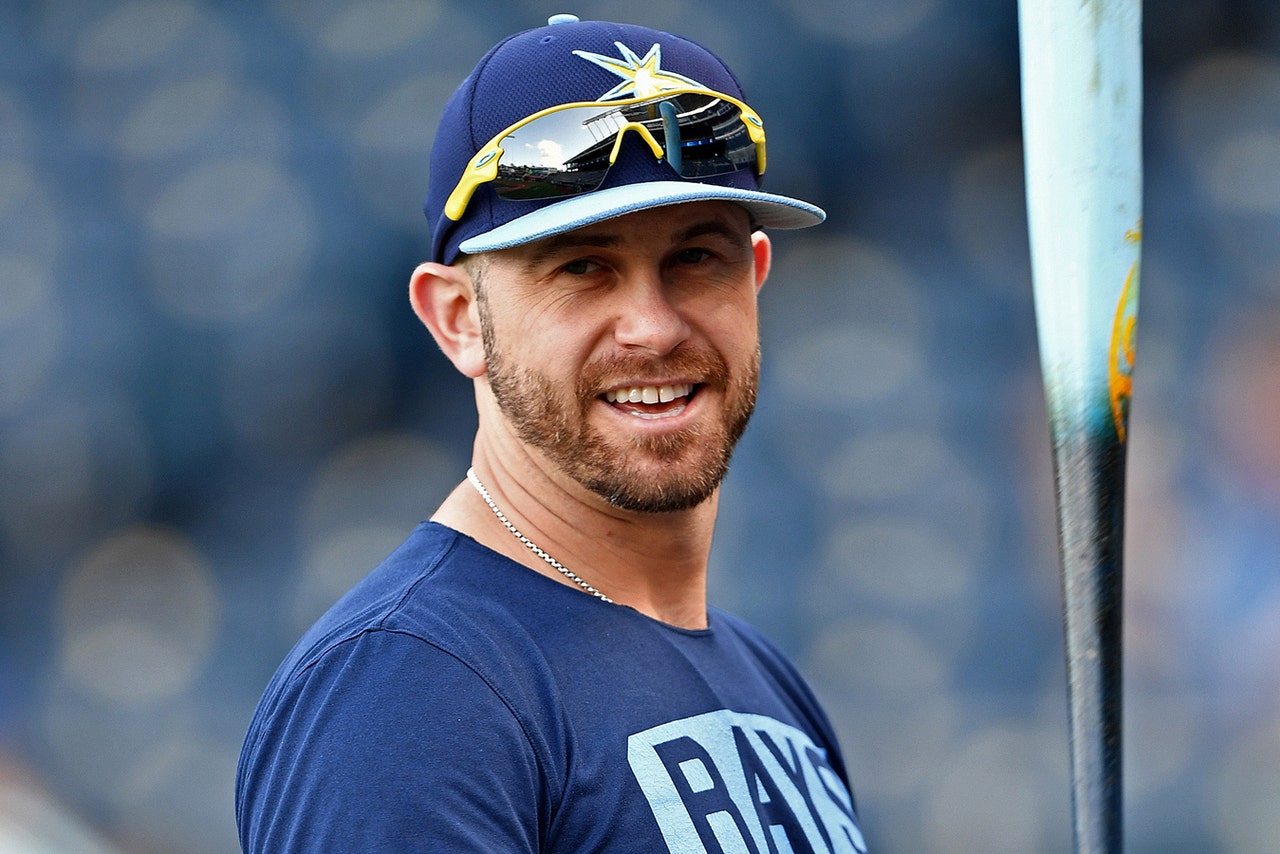 The Roberto Clemente Award is the annual recognition of a player from each MLB club who best represents the game of baseball through extraordinary character, community involvement, philanthropy and positive contributions, both on and off the field.

This marked the fifth consecutive season that Evan served as the spokesperson for Suncoast Credit Union's "Reading with the Rays -- Read Your Way to the Ballpark" program, an initiative to encourage students to continue reading throughout the summer. He encourages children to read and stresses the importance of education by making several visits to local libraries over the summer months and starring in public service announcements promoting the program.

Since 2012, Evan and Jaime have been dedicated advocates for Pet Pal Animal Shelter in St. Petersburg, a no-kill, non-profit organization committed to rescuing dogs and cats from animal shelters where they may otherwise be euthanized due to time limitations or lack of socialization or training. As owners of two rescue dogs, Tatum and Lucy, the Longorias have committed their time to increasing awareness about the importance of rescuing. Over the course of six years, Evan has raised more than $100,000 for Pet Pal Animal Shelter through his home run campaign, in addition to participating in the Rays and Pet Pal's annual "Players and Pooches" calendar.

In January, Evan contributed $100,000 to the ongoing renovations at Blair Field, home to the Long Beach State University baseball team, where he spent two seasons as the team's starting third baseman before being drafted third overall in 2006.

As involved members of the Tampa Bay community, Evan and Jaime donated $500,000 in April for construction of a new 26-foot tall, aquatic-themed climbing exhibit at St. Petersburg's Great Explorations Children's Museum, a popular community attraction they frequently visit with their children Elle (4) and Nash (2).

"It's a huge honor to be chosen as the Rays nominee for the Roberto Clemente Award," said Longoria. "Tampa Bay has been our home for many years, and Jaime and I feel a responsibility to give back to this region and the many organizations that serve it."

The Rays will have an on-field, pregame ceremony to present Evan with the award on Friday, September 15 during the club's annual Roberto Clemente Day. In addition, as a result of his nomination, Evan selected Canine Estates, an animal shelter in Palm Harbor, as the charity of his choice to receive a $7,500 donation.

The Roberto Clemente Award winner will be selected among the group of nominees via a blue ribbon panel that includes individuals connected to the game, including Commissioner Robert D. Manfred, Jr., representatives from MLB-affiliate networks (MLB Network, FOX Sports, ESPN and TBS) and MLB Advanced Media, as well as Vera Clemente, the late Roberto's wife. Beginning the day after the regular season ends, fans can vote for the overall winner of the Roberto Clemente Award via a dedicated website. The site will feature bios of each of the nominees and will allow fans to easily vote by clicking on the respective nominee's name. The winner of the fan voting, which will run from Monday, October 2 through Friday, October 6, will count as one vote among those cast by the blue ribbon panel. Additional information about fan voting will be shared via MLB.com and MLB social media channels.

The concept of honoring major league players for their philanthropic work was created in 1971 as the "Commissioner's Award." The recognition was renamed to the "Roberto Clemente Award" in 1973 in honor of the Hall of Famer and 15-time

All-Star who died in a plane crash on New Year's Eve 1972 while attempting to deliver supplies to earthquake victims in Nicaragua. Major League Baseball has commemorated Roberto Clemente Day each September since 2002.