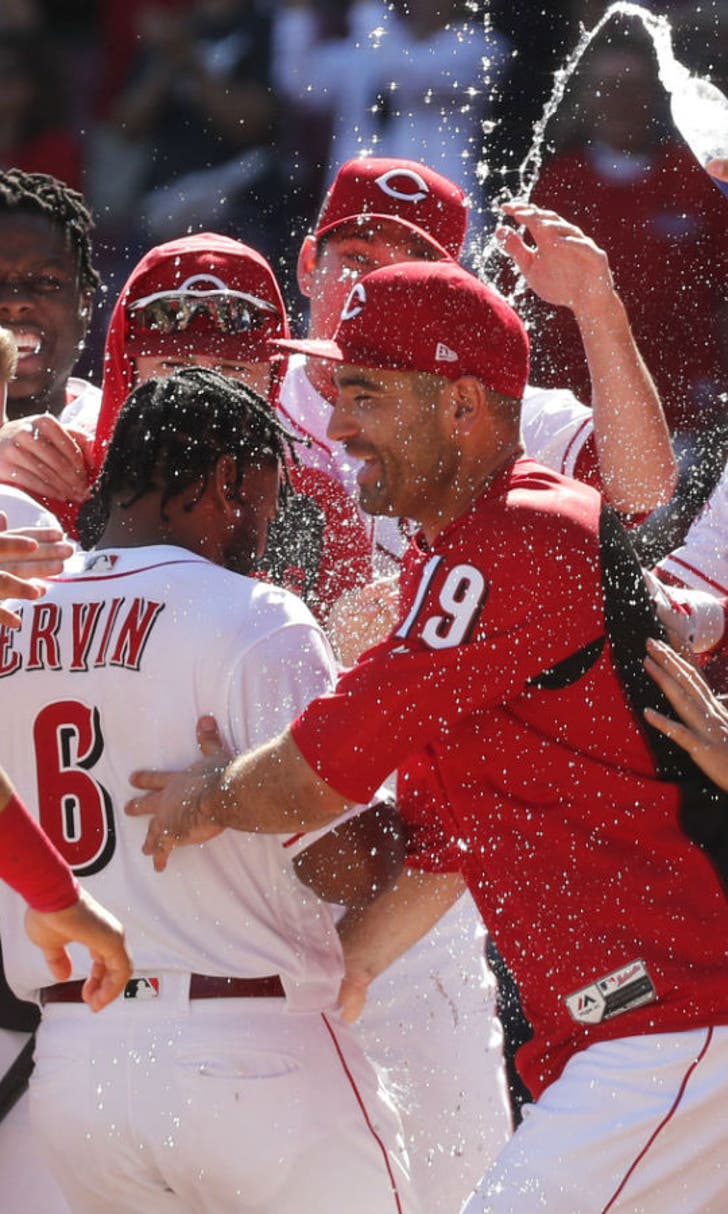 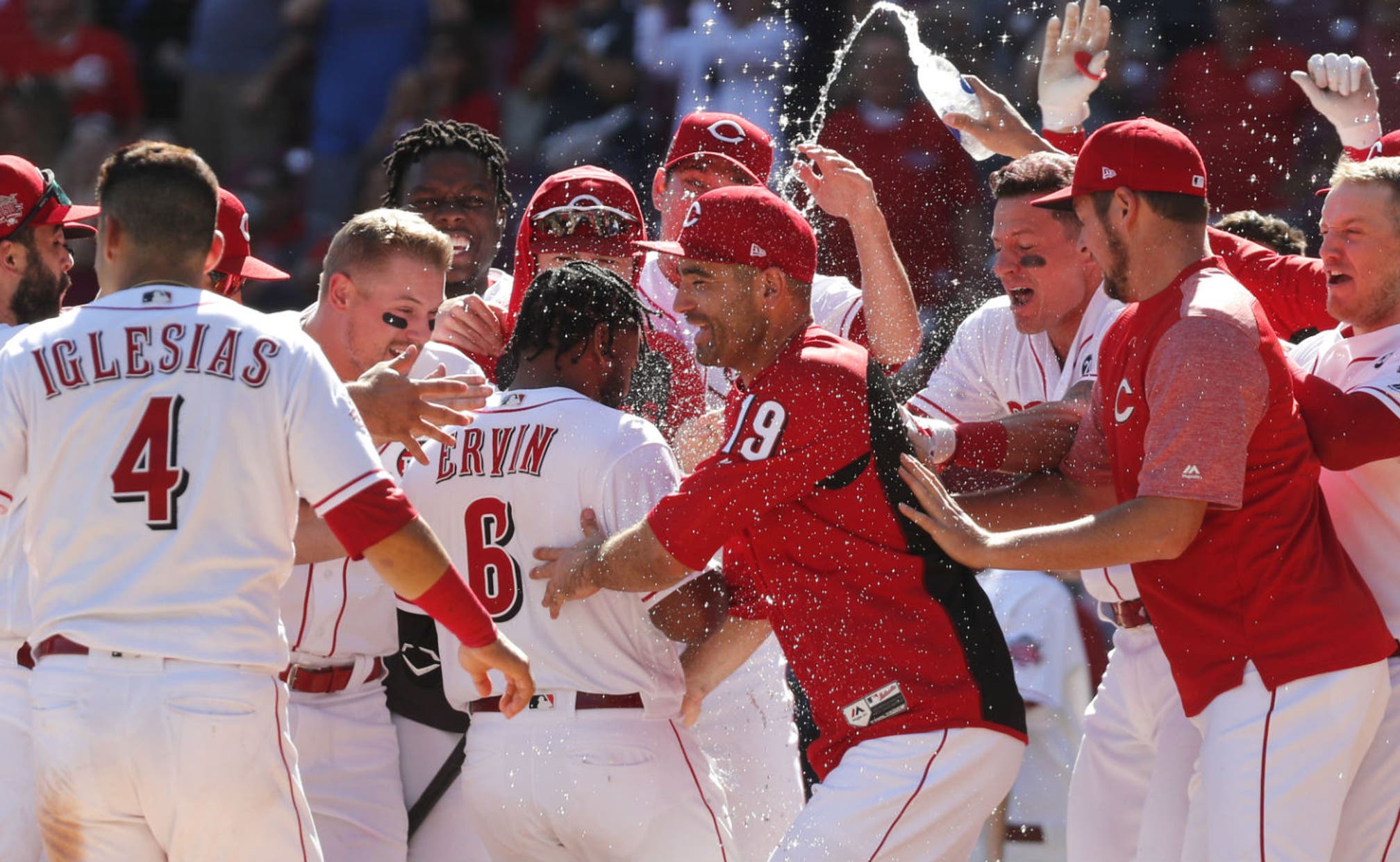 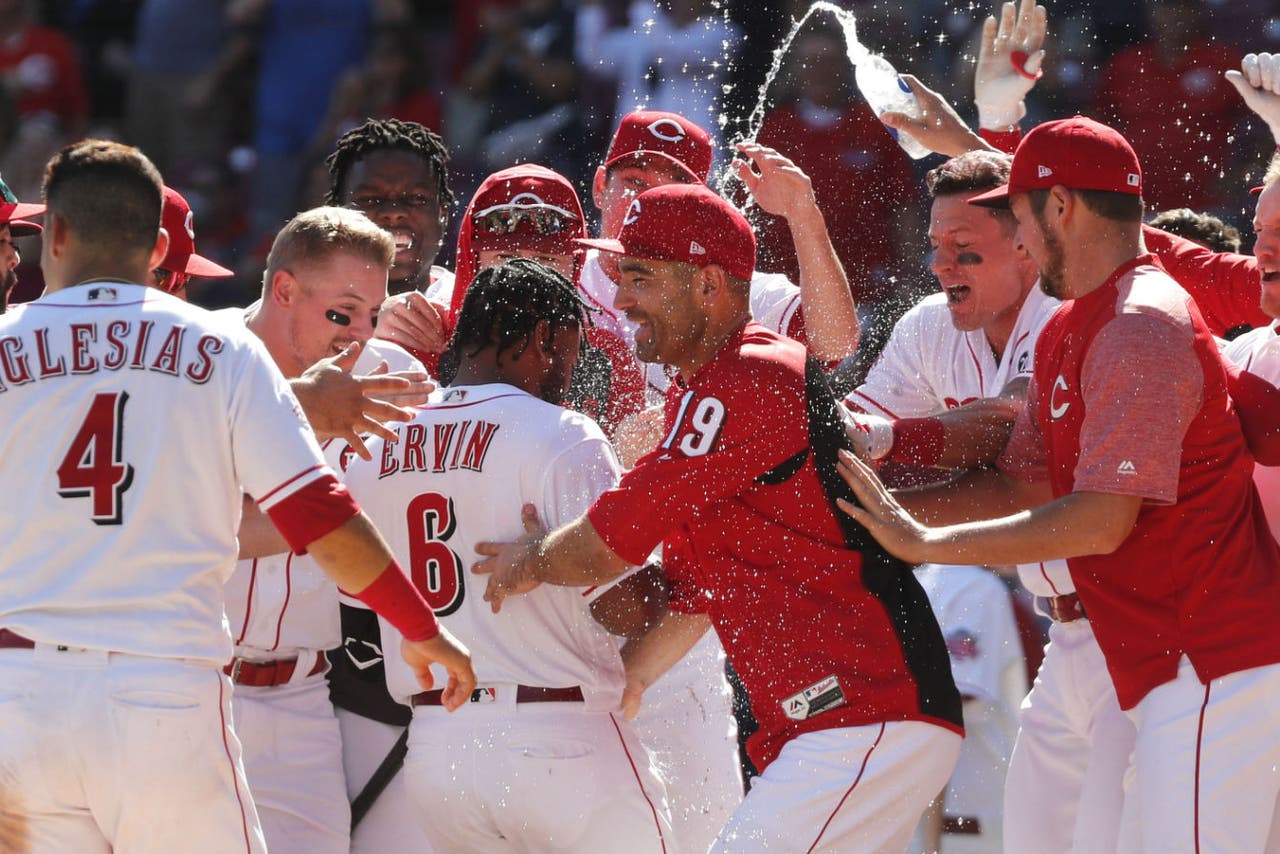 CINCINNATI (AP) — Phillip Ervin homered leading off the 11th inning, and the Cincinnati Reds beat Philadelphia 4-3 Thursday to drop the Phillies 3½ games behind the Chicago Cubs for the NL's second wild card.

Ervin hit an opposite-field drive to right off Nick Vincent (1-3) that barely eluded Bryce Harper's attempt at a leaping catch. Ervin's sixth home run this season and the second game-ending homer of his career gave the Reds their second straight win and a four-game split.

Vincent was the ninth pitcher for the Phillies. Starter Jason Vargas gave up two runs and four hits in 5 1/3 innings.

J.T. Realmuto missed a home run by about a foot with a line drive off the top of the left-field wall leading off the fourth and wound up with a triple. He scored on Rhys Hoskins' double.

José Iglesias hit a two-run homer in the sixth off Vargas and Eugenio Suárez greeted former teammate Jared Hughes with his 41st homer, an opposite-field drive to right-center that just cleared the fence. Philadelphia claimed Hughes on waivers from the Reds on Aug. 15.

Scott Kingery scored from second in the seventh when Adam Hasely singled to right and Aristides Aquino kicked the ball twice for an error.

Realmuto tied the score when he led off the eighth against Robert Stephenson with his 21st homer.

Phillies: LF Corey Dickerson was 0 for 5, a day after leaving in the fifth inning because of a sore left foot.

Reds: OF Jesse Winker is expected to start swinging a bat in the next couple of days. Winker hasn't played since Aug. 18 because of a cervical strain.

Phillies: RHP Zach Eflin (8-11) is 1-1 with a 9.00 ERA in two starts against the Mets this season going into Friday's game at New York

Reds: RHP Tyler Mahle (2-10), who starts Friday against Arizona, has left games this season with nine runners on base, and they all scored.