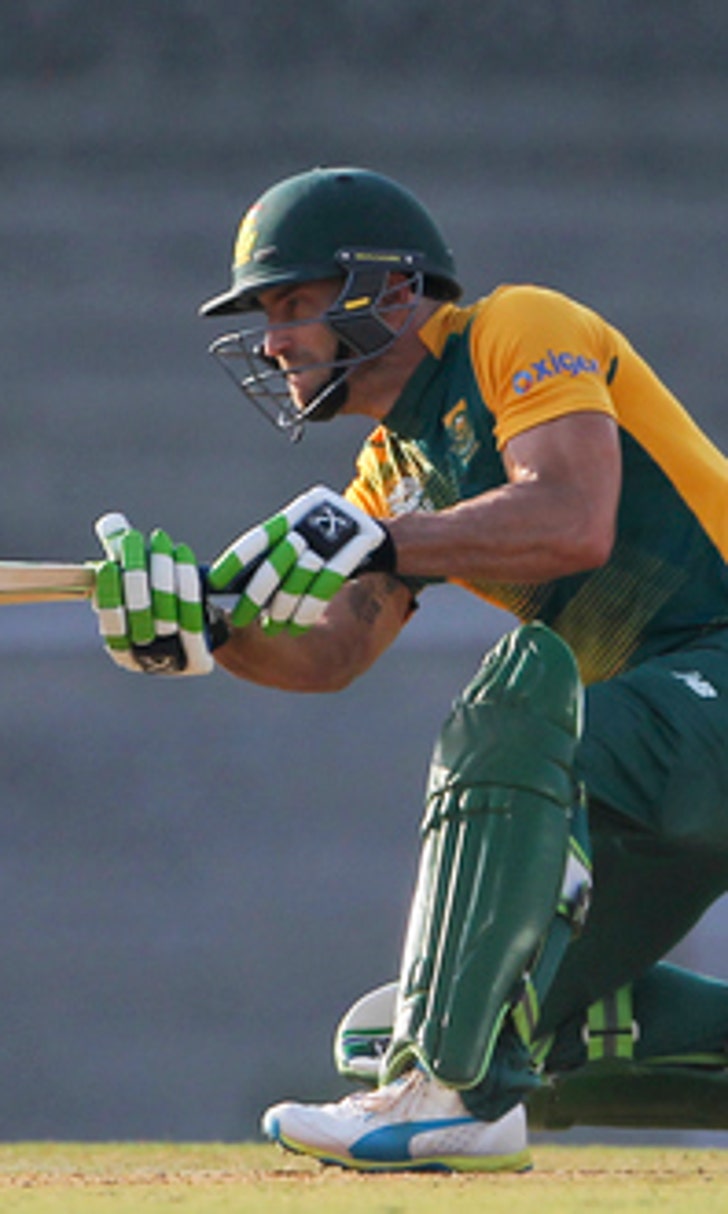 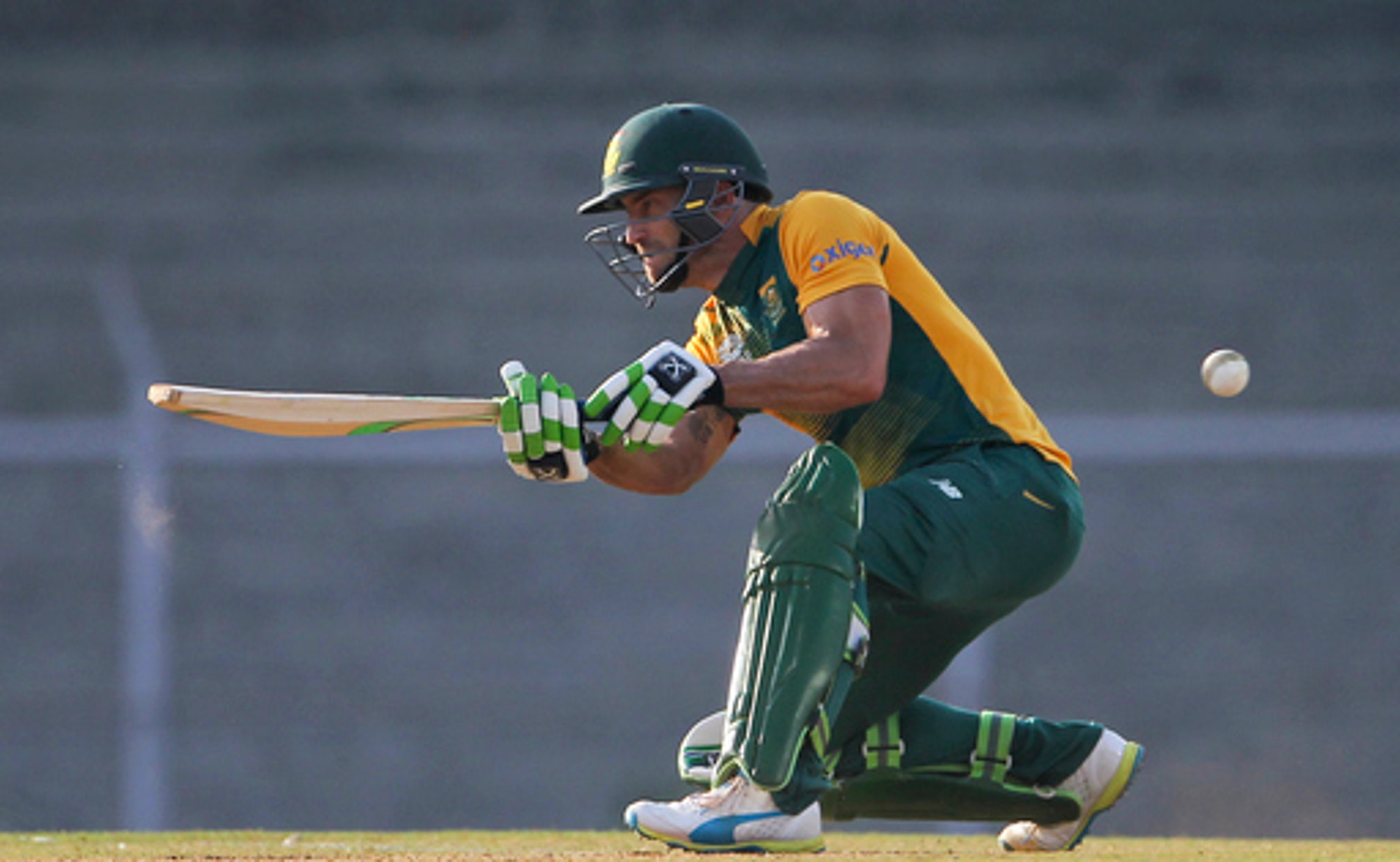 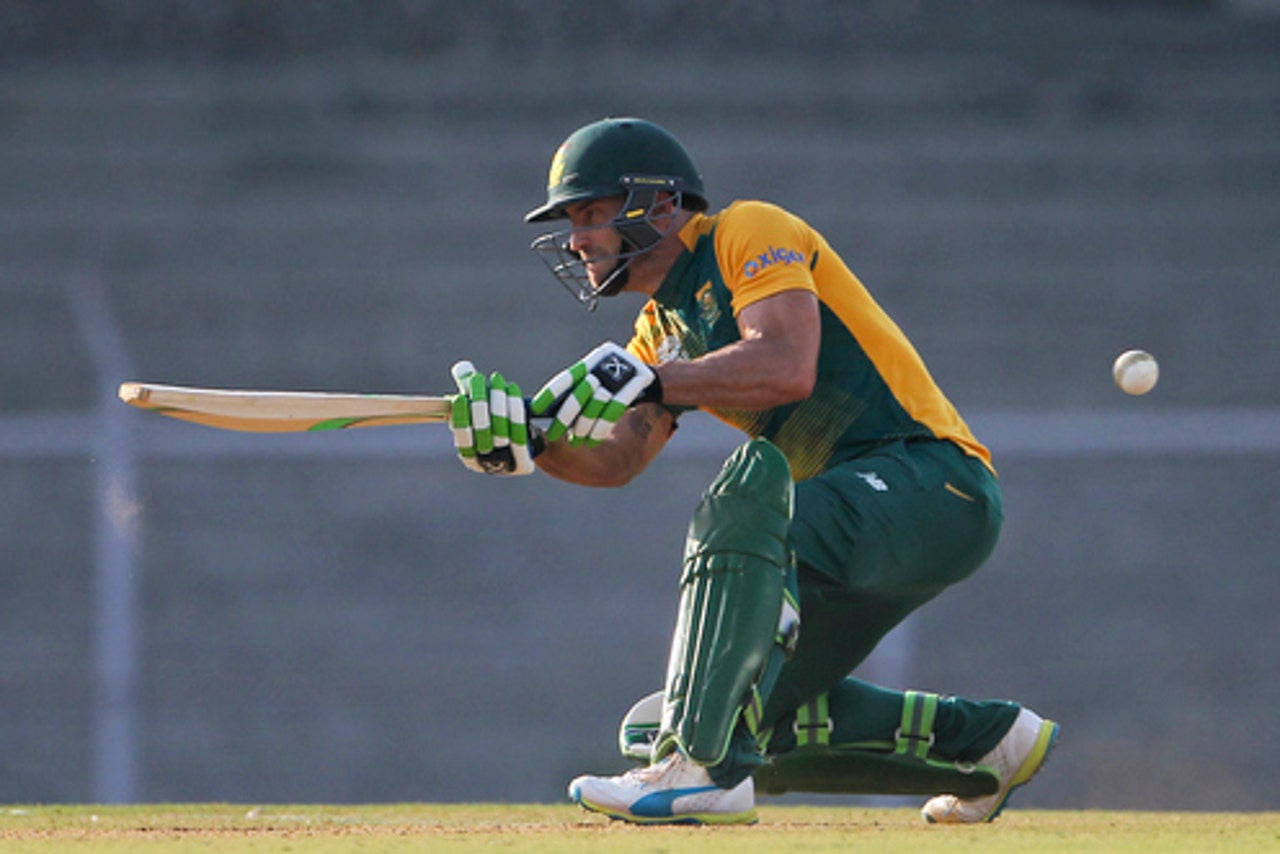 Du Plessis says he would have felt the pressure after Gayle smashed a 47-ball unbeaten 100 as West Indies thumped England by six wickets in the Group 1 game on Wednesday.

South Africa had a perfect buildup to the tournament when it beat England 2-0 in the T20 series at home last month and du Plessis says, ''we're hoping they'll (England) almost fall back on that mentality of losing games and not being confident.''

South Africa, still searching for its first major title in world cricket, was third in 2009.