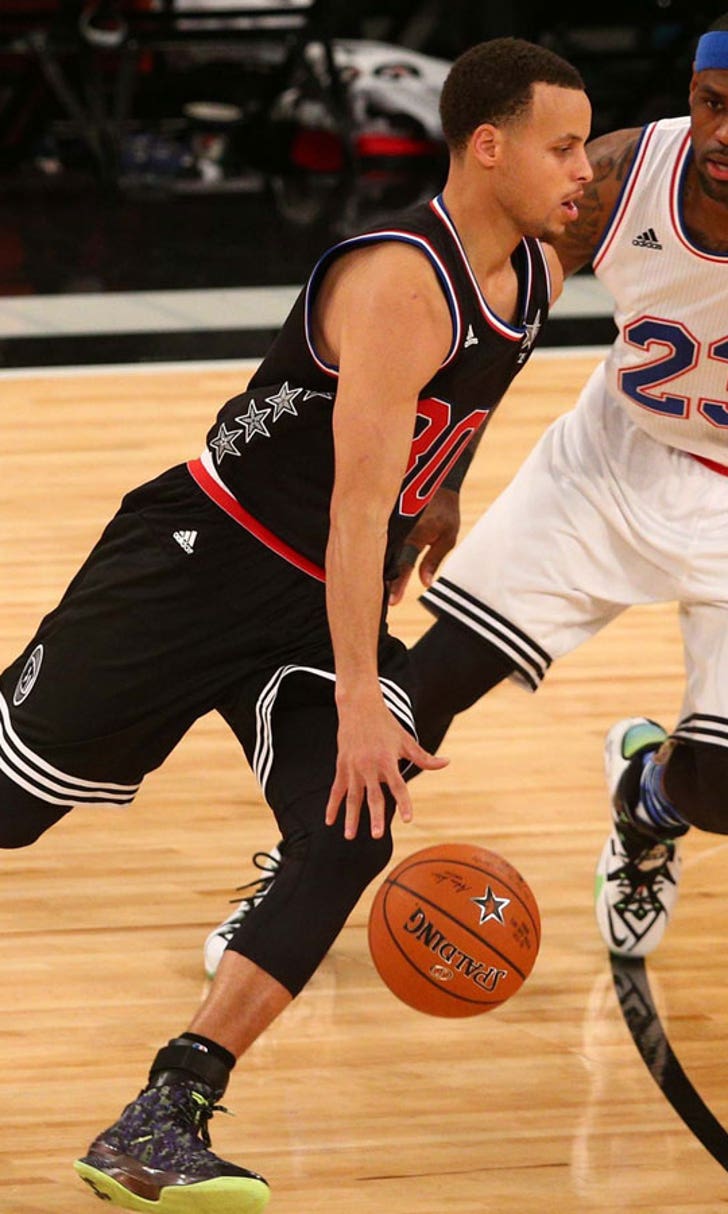 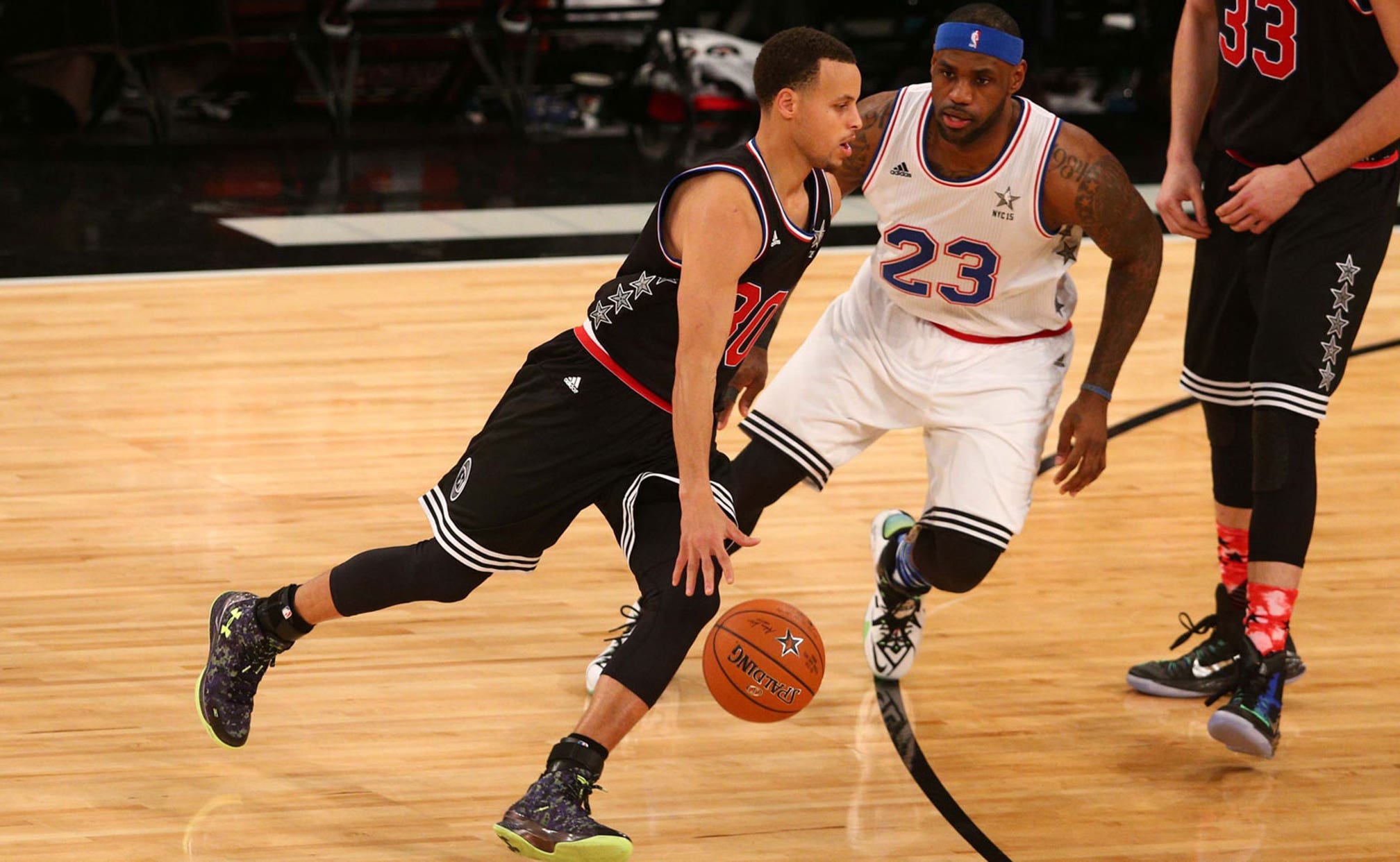 Curry wants what LeBron has in Warriors-Cavaliers NBA Finals 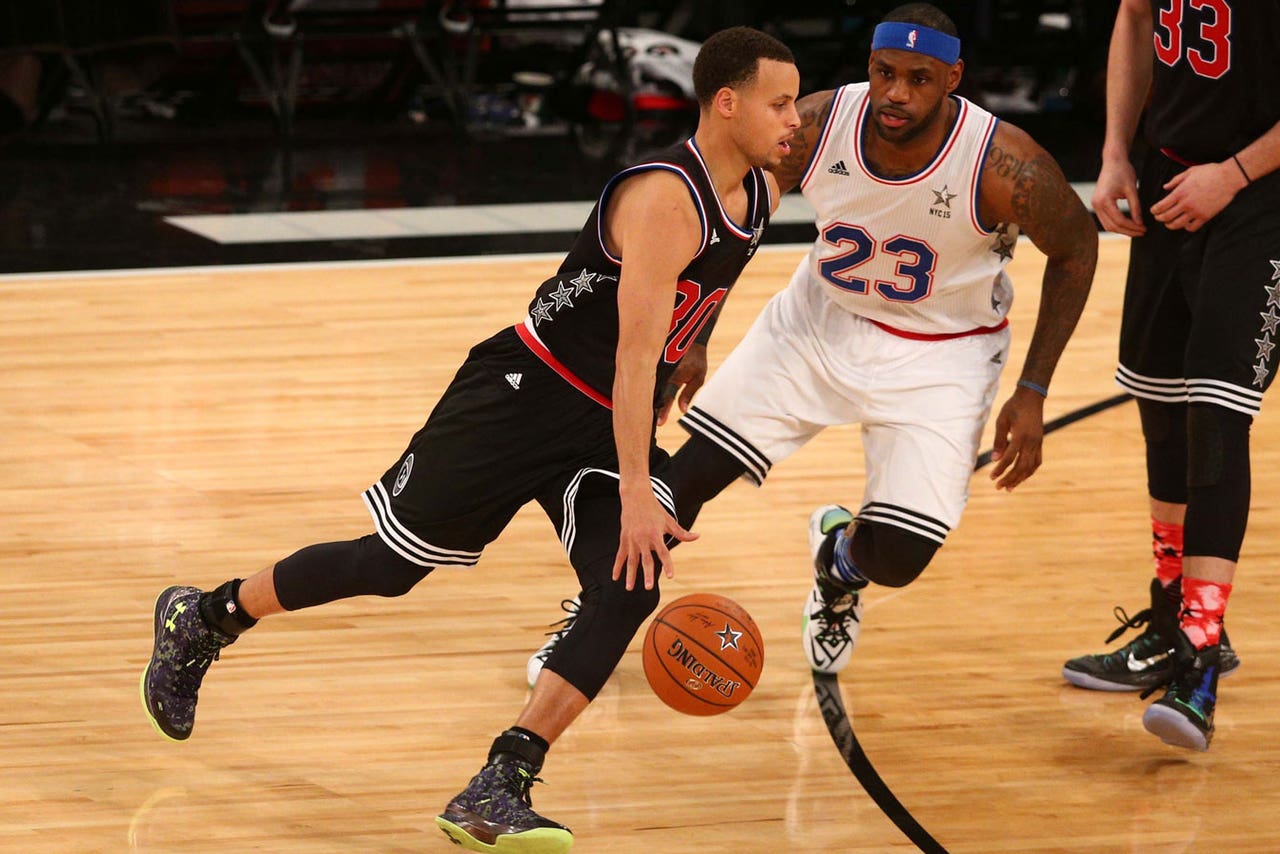 The NBA Finals start June 4 with the Golden State Warriors against the Cleveland Cavaliers, two teams who have little experience playing this time of year.

James is the exception, getting ready to appear in his fifth straight finals. He won two titles in Miami before coming back home to Ohio. Curry is aiming for what the four-time MVP has experienced.

"He's been here plenty of times before, five straight finals appearances, I think, so we've got to bring our A game if we're going to beat a great team and a great player like that four times," Curry said. "We're excited about the challenge. He had to win his first one at some point, and nobody on our team has experienced that, so we're going to be fighting like crazy every night."

Not for a while, though. Both teams were so good in the conference finals that they won too fast, the Cavaliers finishing a sweep of top-seeded Atlanta in the East on Tuesday and the Warriors completing their five-game victory over Houston a night later.

The lengthy layoff will benefit banged-up players on both teams, and provide plenty of time to hype the Curry-James duel.

They started in the same place, born in the same hospital in Akron, Ohio, but couldn't have been more different upon arriving in the NBA. James was the can't-miss Chosen One taken with the top pick in the 2003 draft, a perfect 6-foot-8 combination of size and speed.

Curry had the sweet shot but a small stature, considered by many not big enough for NBA super stardom when he was drafted out of Davidson in 2009. Yet he put together a highlight reel this season with his brilliant ballhandling and smooth stroke and was voted MVP, finishing two spots ahead of James.

Curry averaged 31.2 points and shot nearly 50 percent from 3-point range in the West finals, while James nearly averaged a triple-double in the Cavs' four-game romp.

The Warriors have home-court advantage after winning a league-best 67 games. But the Cavaliers, despite a difficult start to the season and the loss of Kevin Love, have been even better in the postseason, with a 12-2 record.

"No matter what happens from here on out, to see what we've accomplished being a first-year team together that's had different changes throughout the course of the season, that's faced so many obstacles throughout the season -- injuries here, transactions here, lineups here -- it's something we can be very proud of to this point," James said.

This will be his second crack at trying to help the Cavs win their first title. They got there in 2007 but were swept by San Antonio. The Warriors are seeking their first championship since 1975.

Here are some things to watch in the finals:

NEW KIDS ON THE BLOCK: The Warriors' Steve Kerr and the Cavaliers' David Blatt -- who nearly signed on to work under Kerr before getting the Cleveland job -- are the first rookie coaches in the finals since the league's first championship.

NO PLACE LIKE HOME: Golden State is 46-3 at Oracle Arena this season. The Cavaliers have become just as unbeatable on their home floor, winning 26 of their last 28 games at Quicken Loans Arena, including 18 by double digits.

SORE STARS: Kyrie Irving has been MVP of the All-Star Game and the Basketball World Cup -- where he started in the U.S. backcourt alongside Curry. Now he gets his chance in the NBA Finals, with plenty of time to rest the knee and foot injuries that caused him to miss two games in the conference finals. The time off will benefit fellow All-Star and world champion Klay Thompson. He began experiencing concussion symptoms after being kneed in the head and bleeding from the ear in the series clincher against Houston. He'll need to pass the league's concussion protocol before returning to action.

CONTAINING THE KING: Kawhi Leonard turned in a solid defensive effort against James last year when San Antonio beat Miami. Among the options for the Warriors against James is Draymond Green, the runner-up to Leonard this season for Defensive Player of the Year.

AGITATING AUSSIES: Warriors center Andrew Bogut got under Dwight Howard's skin, and Cleveland's Matthew Dellavedova has angered opponents in the last two rounds. So players on both sides will have to avoid getting fired up by the feisty ones from Down Under.