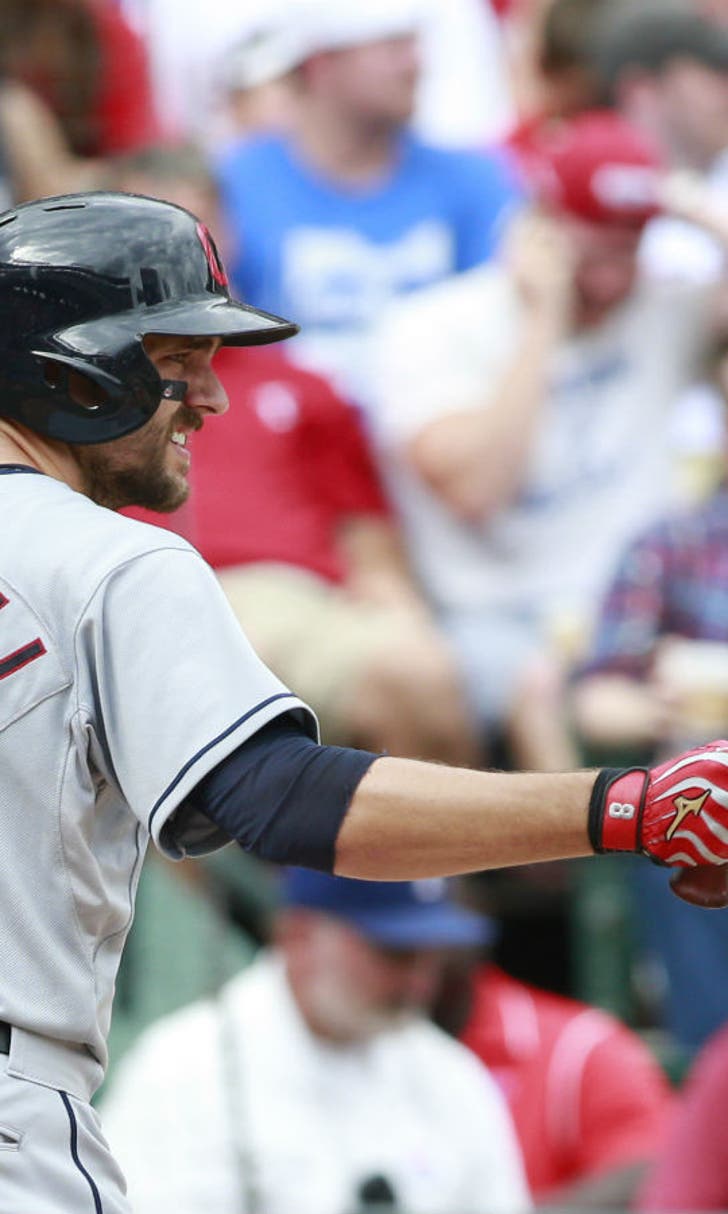 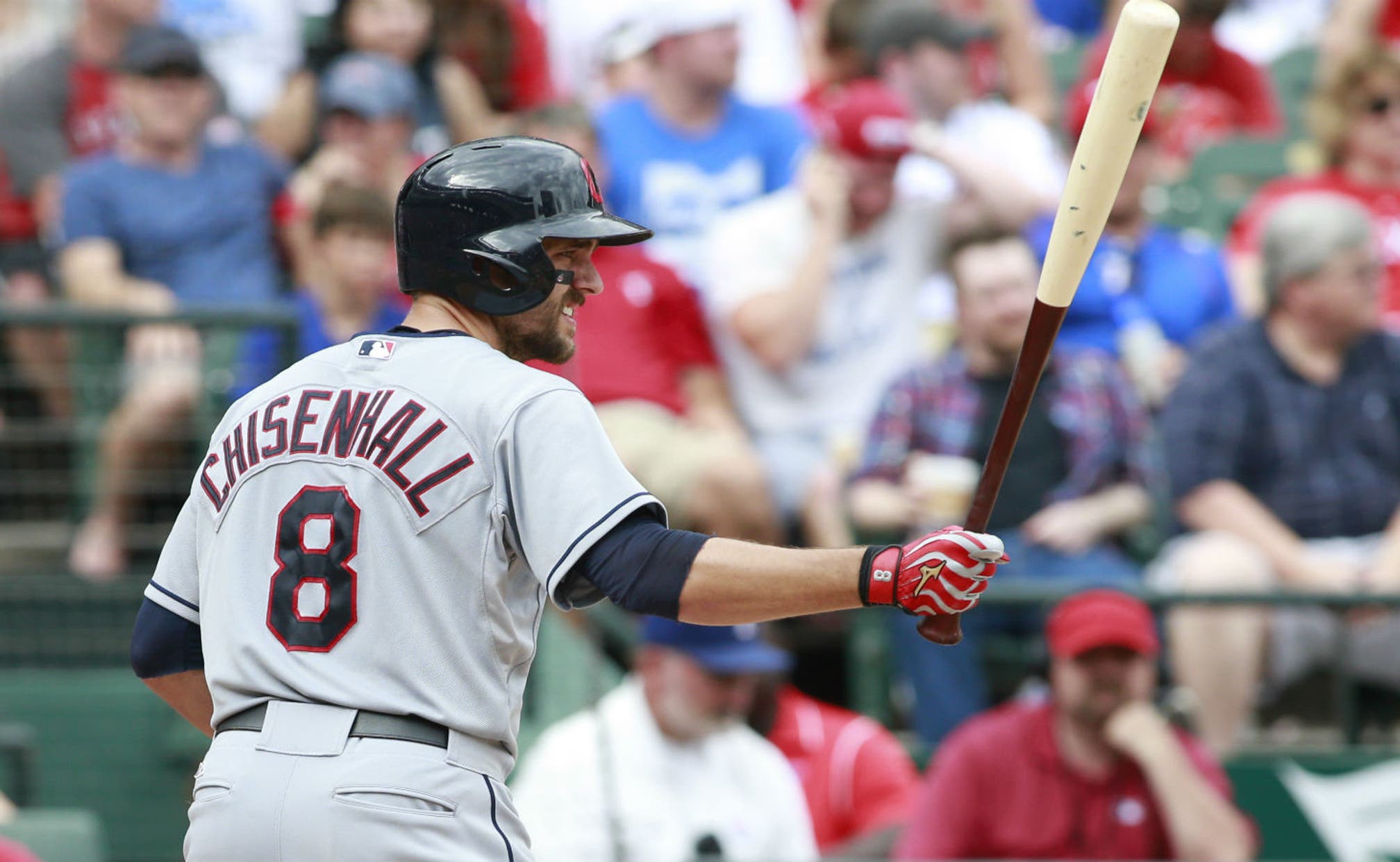 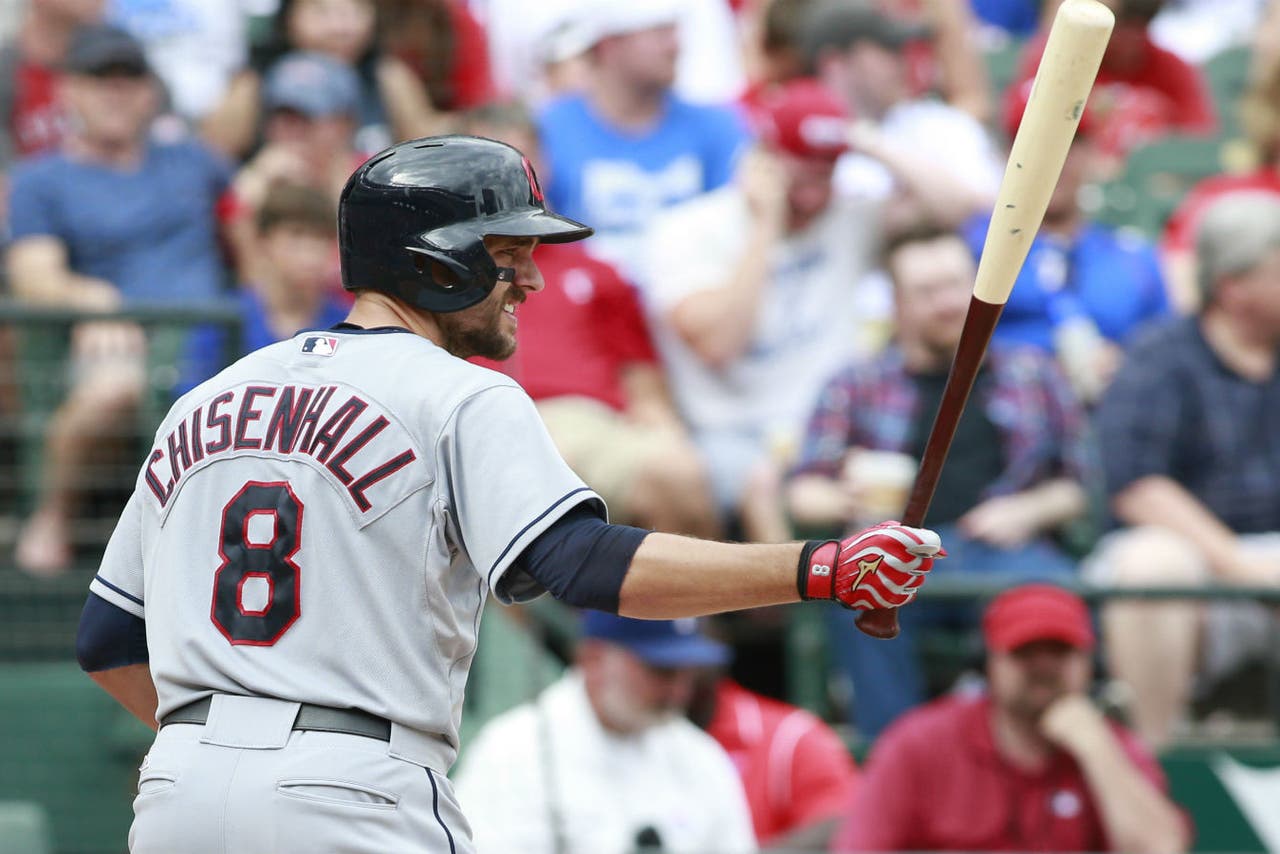 ARLINGTON, Texas (AP) -- Lonnie Chisenhall had two hits and scored twice and Cleveland Indians starter Justin Masterson picked up his first road win of the season, 3-2 over the Texas Rangers on Sunday.

Chisenhall singled and scored in the fifth and sixth innings, raising his average to .365, highest in the majors among players with at least 150 plate appearances. He's a few appearances shy of qualifying for the batting lead.

Adrian Beltre and Alex Rios had two hits each for the injury-riddled Rangers, who learned before the game they will be without first baseman Mitch Moreland for three months. Moreland needs surgery on his ailing left ankle.

The Indians, who started the series with the worst road record in baseball, won consecutive games away from home for the first time this season.

Masterson (4-4) gave up five hits and two runs in 5 2-3 innings after throwing seven shutout innings against Boston at home in his last start. Bryan Shaw pitched two scoreless innings, and Cody Allen struck out two in a perfect ninth for his sixth save. 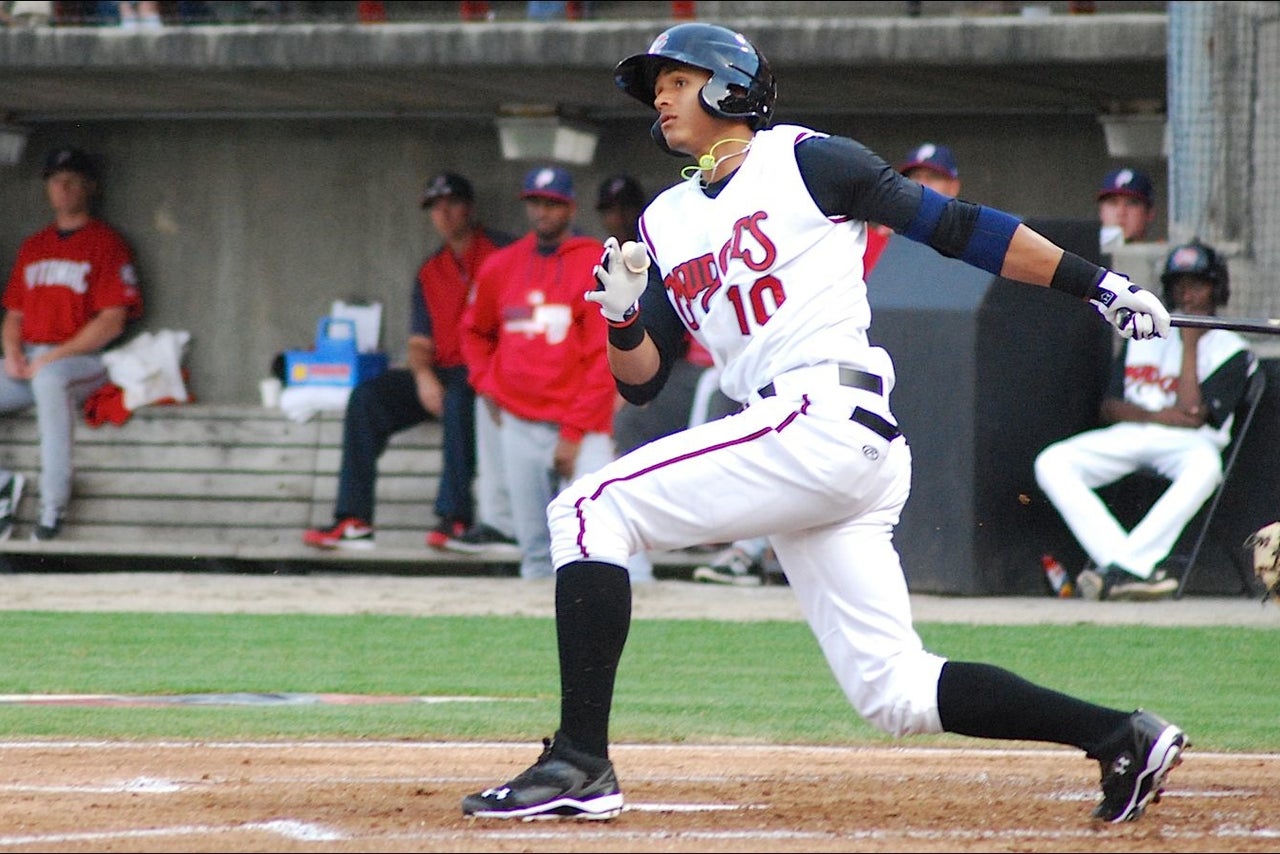 Getting to know your Tribe prospects

The Rangers got within a run in the sixth when Beltre doubled and Rios followed with a triple. Masterson kept the Indians in front by getting Chris Gimenez on a weak grounder to first, and reliever Marc Rzepczynski ended the threat with a groundout from Leonys Martin.

Masterson was 0-3 with a 5.73 ERA on the road coming in and hadn't won away from home since last Aug. 21 at the Los Angeles Angels.

Rios reached base for the third time on a walk in the eighth and was called safe on a steal attempt. The Indians won a replay challenge of Lance Barksdale's call, ending the inning.

The Rangers started the day with a majors-leading 12 players on the disabled list before finding out about Moreland's upcoming surgery on an ankle that's been bothering him all season. Moreland was the replacement for Prince Fielder, who's out for the year after neck surgery.

Texas couldn't even get Moreland to the DL before rookie Rougned Odor sprained his right shoulder diving headfirst back to first base on a pickoff throw by Cleveland catcher Yan Gomes. Odor, who was tagged out, will be re-evaluated Monday.

NOTES: David Murphy had two hits and a sacrifice fly to continue a strong weekend in his return to Texas after spending six-plus seasons with the Rangers. He has five hits with Monday's finale in the four-game set remaining. ... Elvis Andrus was 0 for 4 to snap a 39-game hitting streak against Cleveland. It was the second-longest streak against one team in the majors going back to 1914, according to STATS.