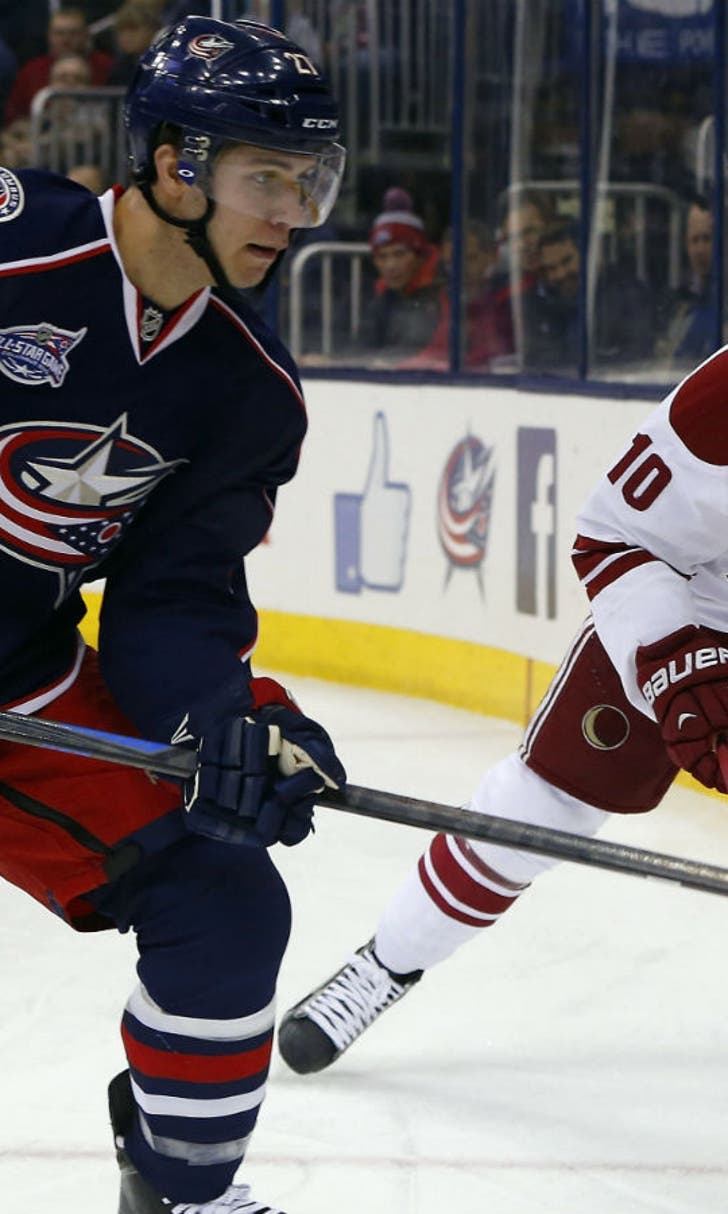 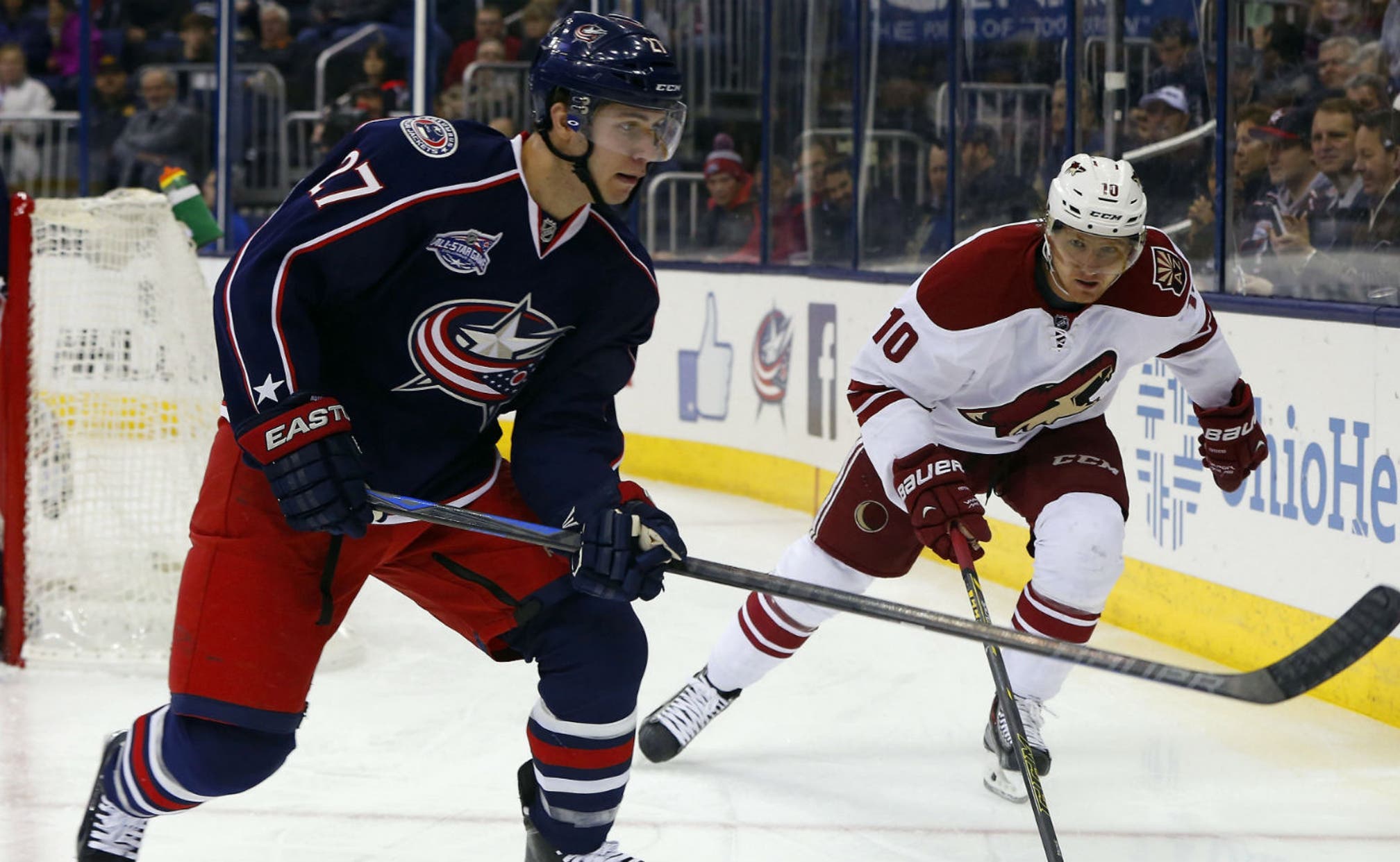 Checking in on the Blue Jackets defense 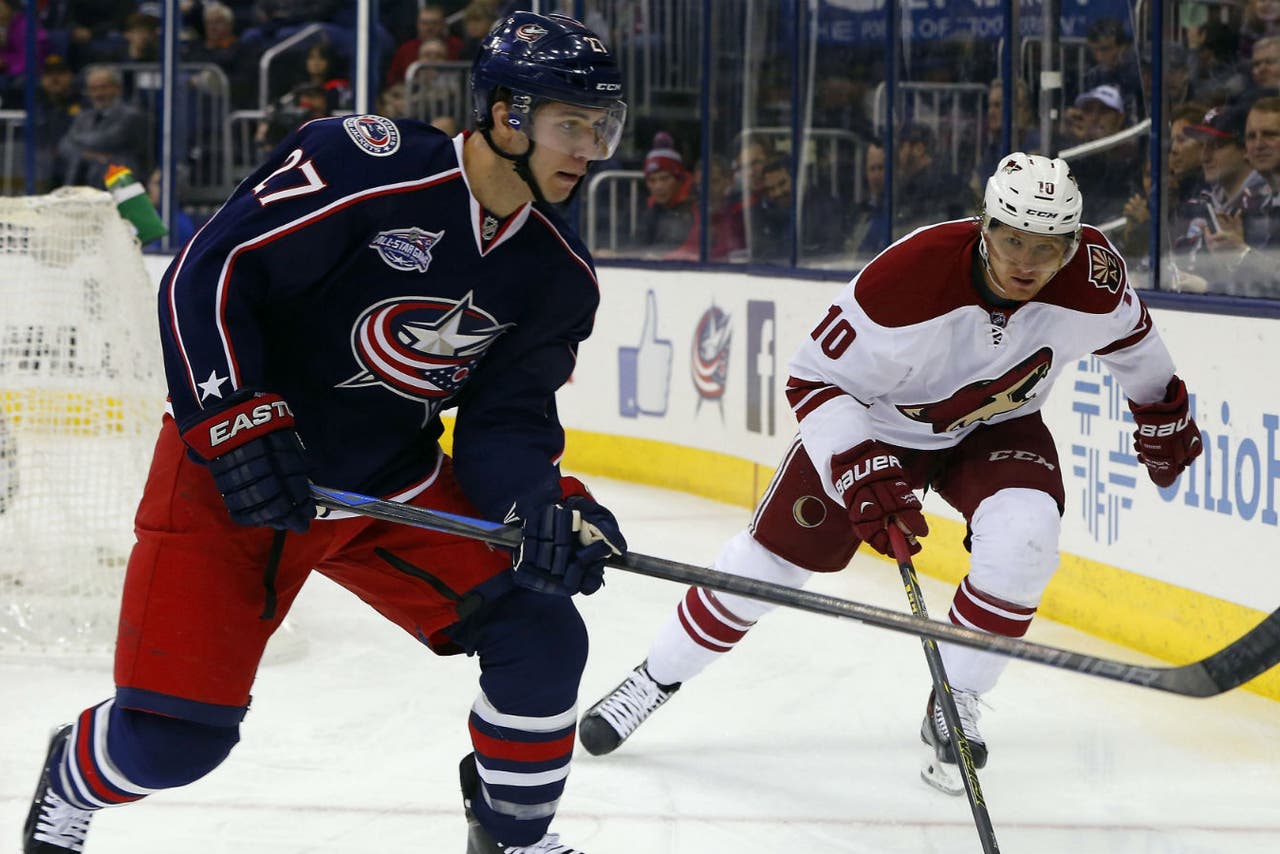 Two NHL teams remain engaged in active play this season, while the other 28 begin their work to get ready for next year, and for the Blue Jackets, one of the top priorities for improvement is defensive play.

"We have to be better defensively than we were this year," said Jackets president of hockey operations John Davidson at season's end. "That had been the staple of this club the past two years."

Similarly, the team lost ground in the balancing act between shot attempts for versus against. At even strength, last year the Jackets had an unblocked shot attempt differential for the season of minus-14, placing them at 17th in the league but that ratio increased to minus-305 last year (25th in the NHL).

On paper these numbers would be cause for concern, but the Jackets are cerebral in their understanding of what caused these dips and, at season's end, they were committed to uncovering the steps to improve defensively.

One of the key factors the Jackets will be counting on is overall roster health. Last season cost the Jackets 508 man games of play with 112 of those coming from the defensive end of the bench.

21-year-old Ryan Murray, who Jackets general manager Jarmo Kekalainen has called "one of the potential top defenseman in the whole league" only played in 12 games and registered one goal and two assists.

But health won't be the only solution, changing the way the team controls the puck is something head coach Todd Richards has acknowledged. Last season, according to naturalstattrick.com, the Jackets had as many or more even strength shot attempts as their opponent in only 33 of 82 games.

"If we're spending more time in the offensive zone, and we're shooting the puck and playing with the puck we're spending less time in our zone so we're giving up less shots," Richards said after the Jackets beat Edmonton 3-1 in mid-March.

Richards also said there were some changes to the defensive systems during the season.

"We wanted to be aggressive in our own zone," Richards said. "When we got more aggressive, when we freed up our defensemen more to move away from the net it helped us out. Trying to take away time and space more and be more aggressive."

The final element the Jackets will look to is having not only healthy players, but the right players.

Davidson calls defenseman David Savard, one of only two players to play all 82 games last season, "a pillar" for the team. There also remains the opportunity to sign prospect Mike Reilly who, while drafted by the Blue Jackets, is exercising his right to explore opportunities as a free agent. He has until July 1 to declare the team he will join.

The Jackets are also putting pieces in place to fill their talent pipeline. The team announced the signing of three defenseman to two-way contracts in the past two weeks. Austin Madaisky, a 2010 Columbus draft pick, and a first time AHL all-star last season, signed a one-year contract extension.

Additionally, two new faces join the Columbus organization. 19-year-old Blake Siebenaler, drafted in 2014 by the Jackets, completed his second season with the Niagara IceDogs of the OHL and had the second most goals of all defensemen on the team signed his entry level contract this month; and Dean Kukan comes to America after playing in Sweden, most recently completing two full seasons with Lulea of the Swedish Elite League.

And of course, free agency and the NHL Draft, (June 26-27 in Sunrise, Florida in which the Jackets hold six picks in the first three rounds including the eighth overall pick) lie ahead. Defensively speaking, many pre-draft rankings name WHL defenseman Ivan Provorov of the Brandon Wheat Kings at eighth, while Michigan's defenseman Zach Werenski falls shortly after - TSN's Bob McKenzie has Werenski ranked eleventh.