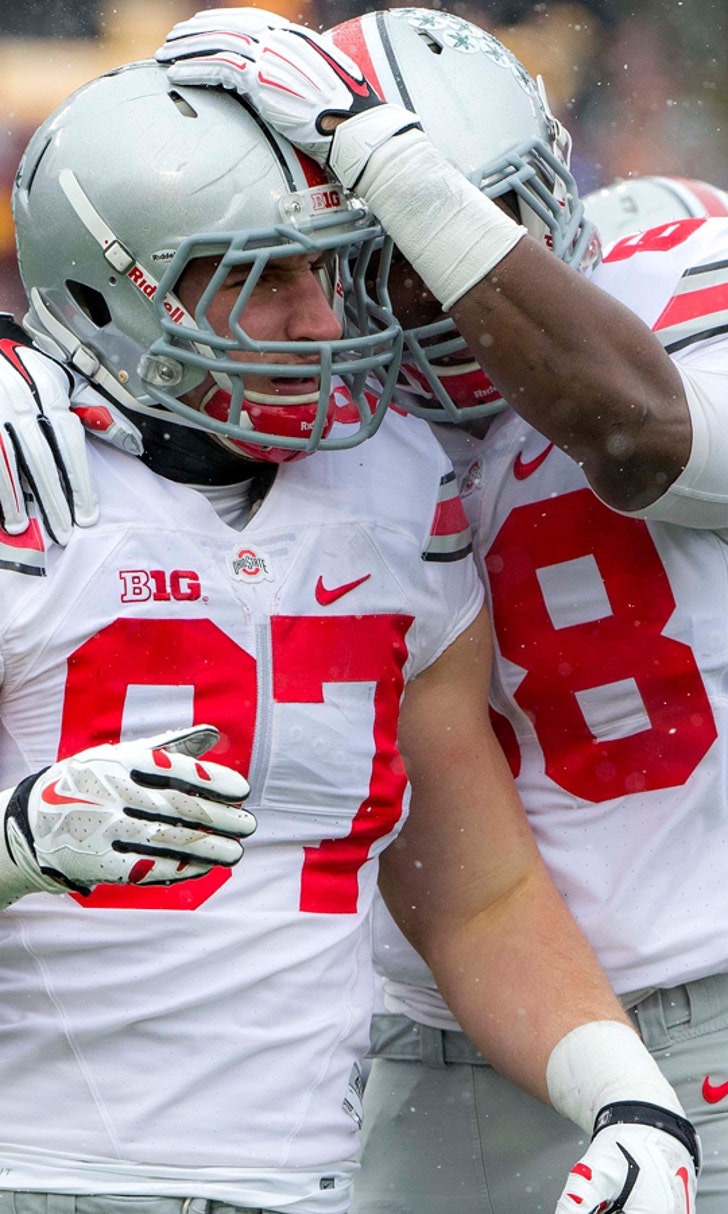 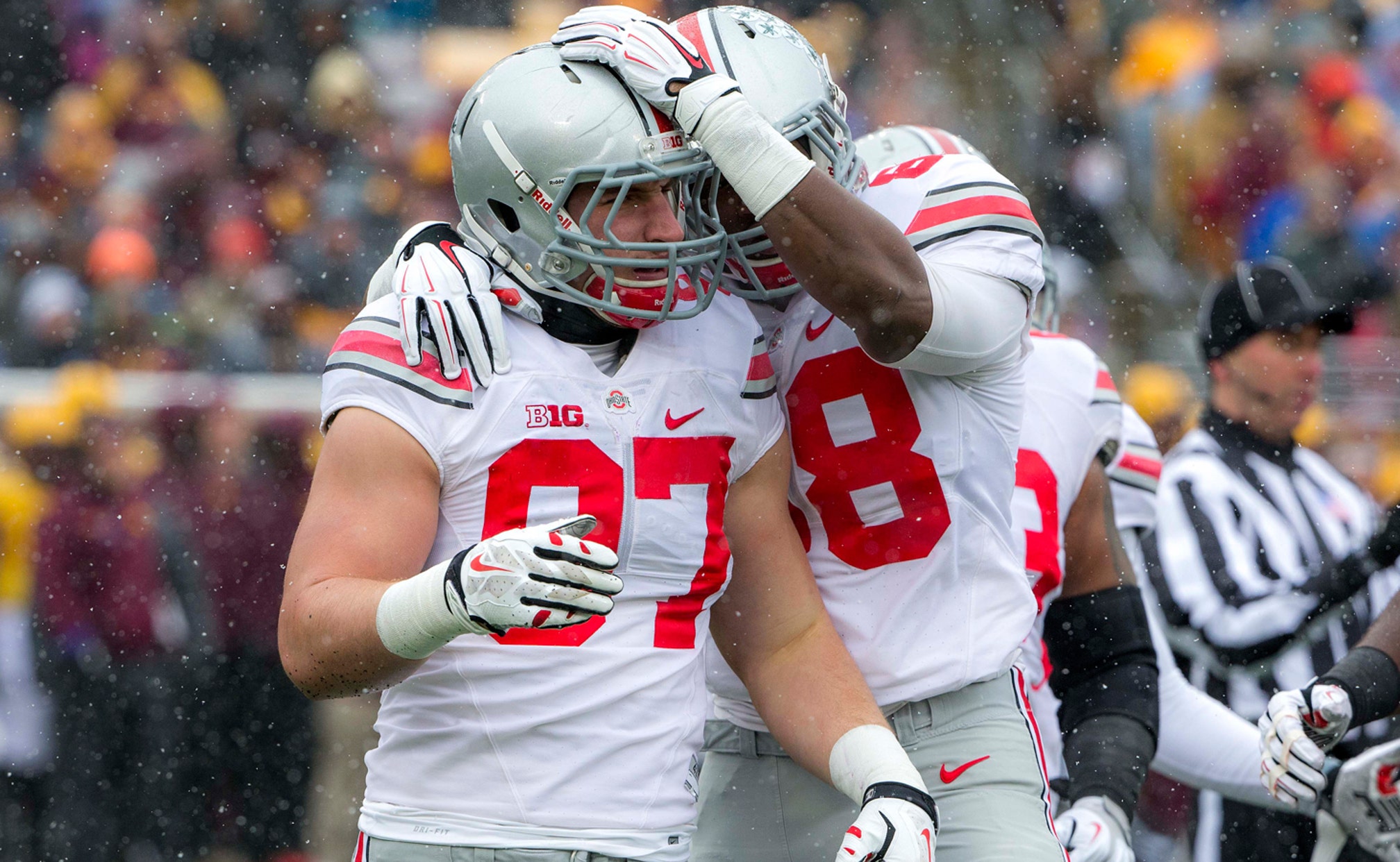 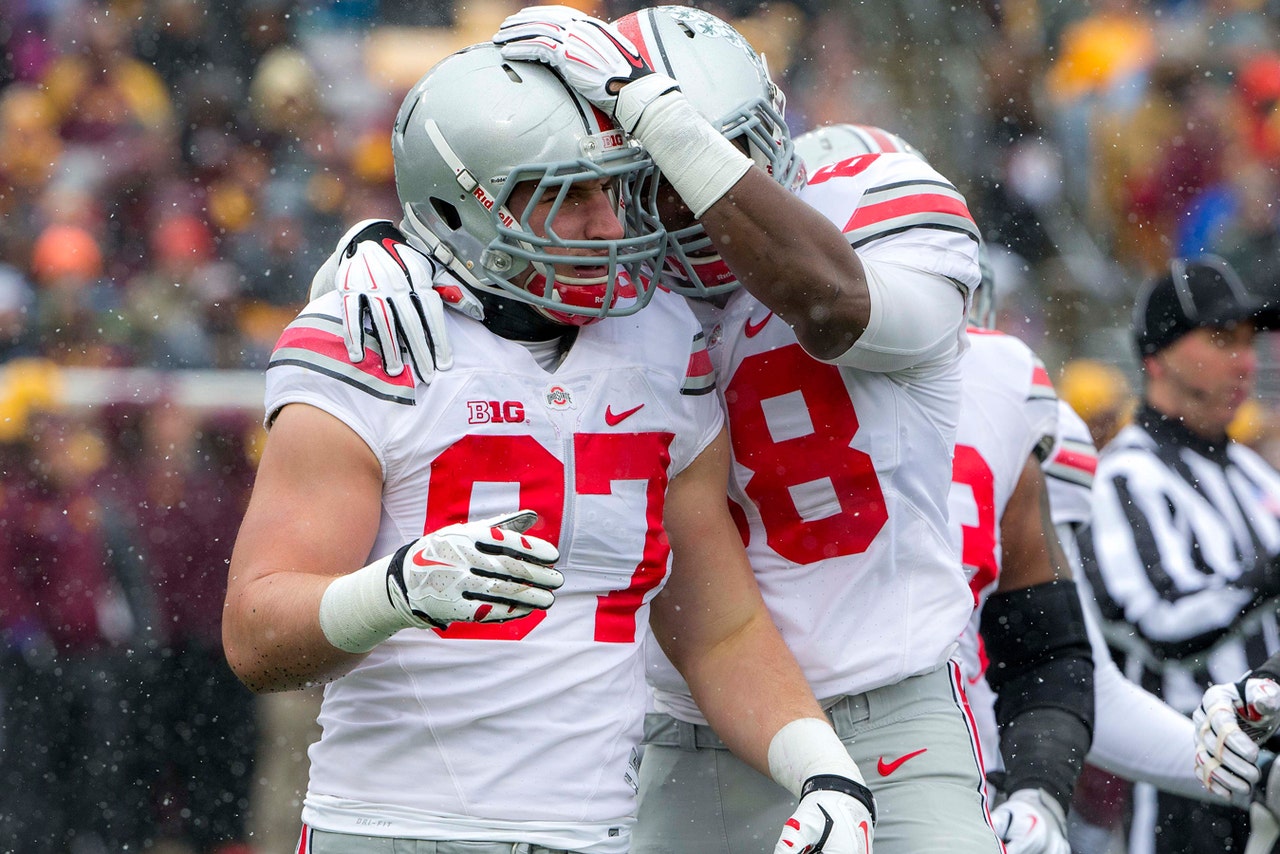 COLUMBUS, Ohio -- Standout Ohio State sophomore defensive end Joey Bosa was named Tuesday evening a finalist for the prestigious Bednarik Award, which is presented by the Maxwell Football Club out of Philadelphia to the nation's Outstanding Defensive Player of the Year.

Bosa, who has previously been named a finalist for the Rotary Lombardi Award, has 43 tackles this season and is Top 10 nationally in both quarterback sacks (sixth with 11.5 for -84 yards) and tackles-for-loss (eighth with 18.0 for -102 yards). He leads the Big Ten Conference in both categories.

Bosa has been incredibly consistent. He has recorded a tackle-for-loss in 16 of the last 17 games, including an Ohio State record-tying 14 consecutive games, a span in which he had 24 TFLs for negative 132 yards. Bosa's streak of consecutive TFL games ties him with Andy Katzenmoyer and Ryan Shazier for the OSU school record.

Consecutive Games with a TFL

The presentation of the Bednarik Award will be featured on The Home Depot College Football Awards show on Thursday, Dec. 11, at 7 p.m. ET on ESPN. The show originates from the Atlantic Dance Hall at Disney's Boardwalk at the Walt Disney World Resort in Lake Buena Vista, Fla.