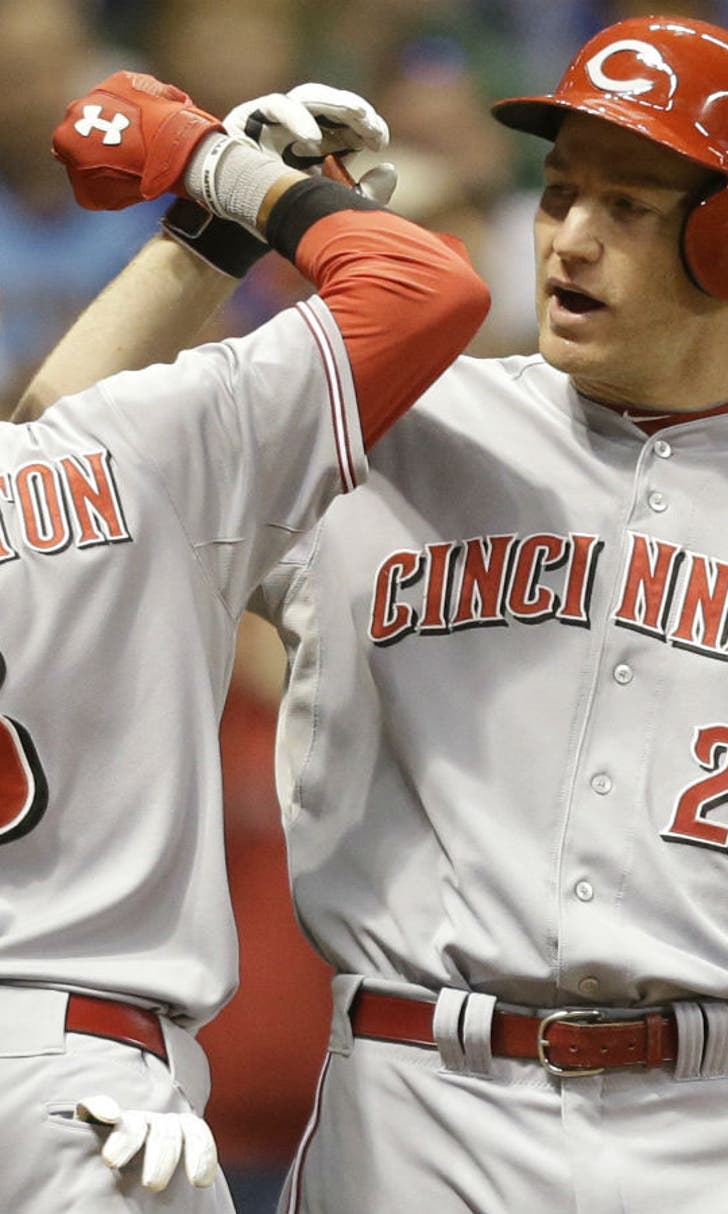 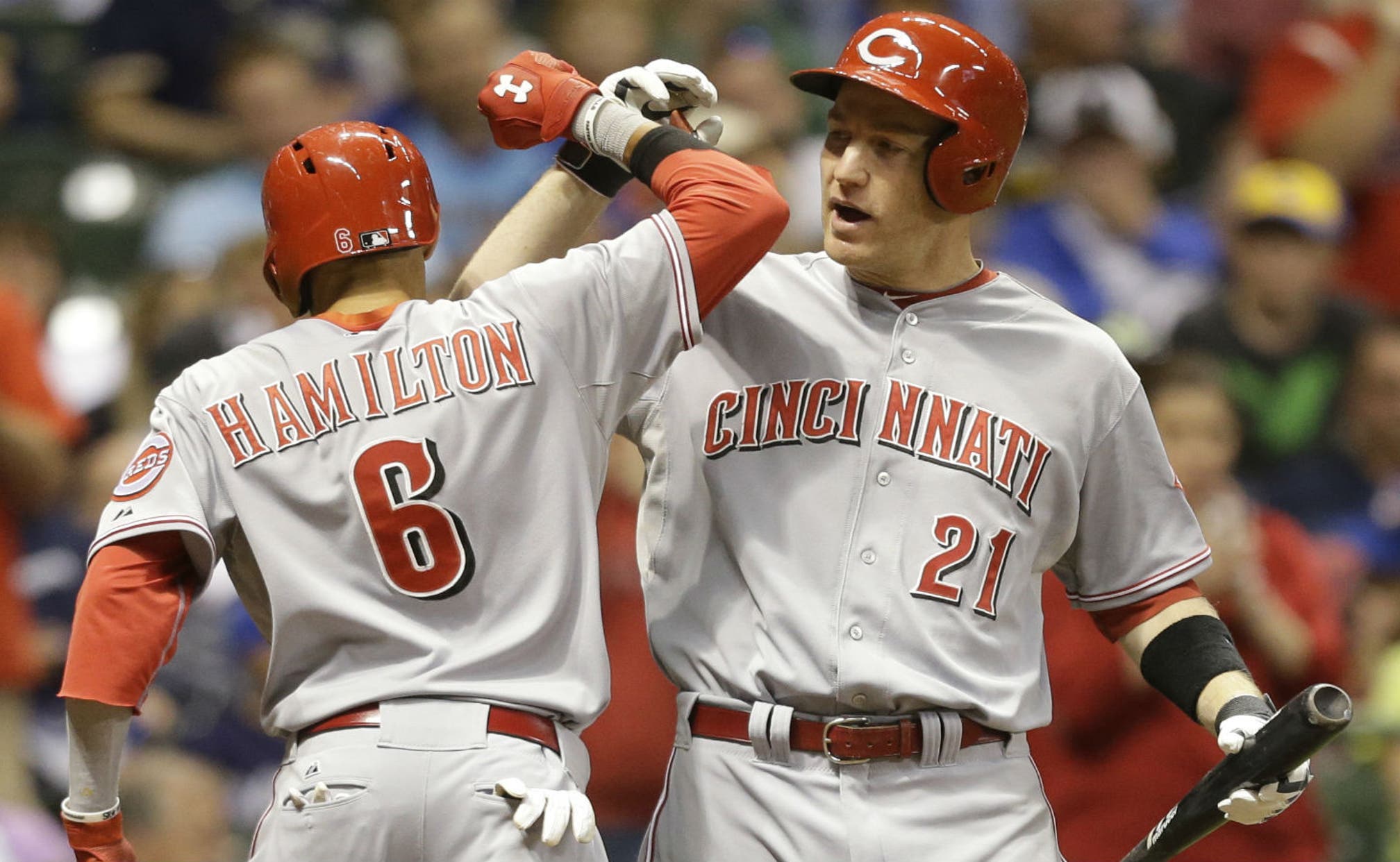 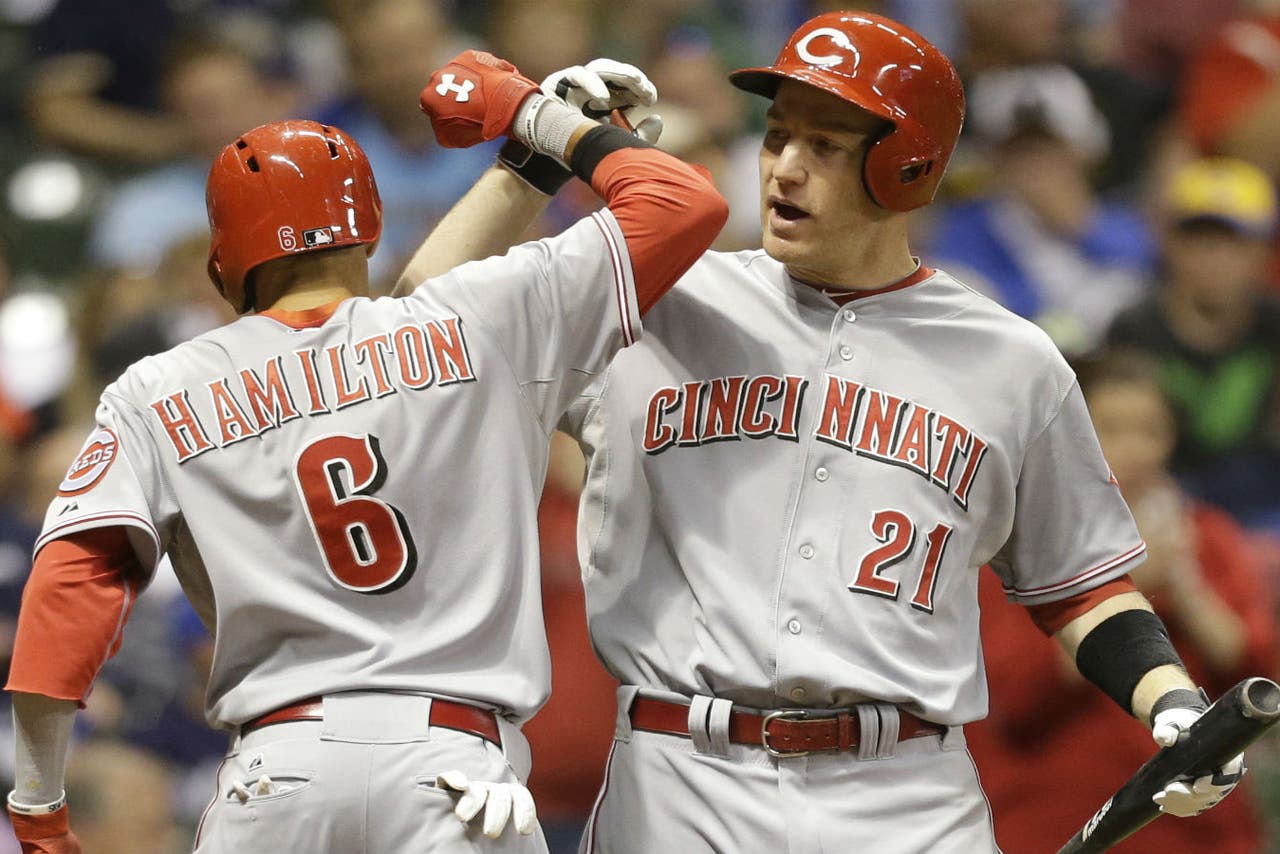 MILWAUKEE (AP) -- Ryan Braun hit a two-run
home run in the eighth inning to lift the Milwaukee Brewers to a 4-2 win
over the Cincinnati Reds Saturday.

With one out in the eighth inning,
Scooter Gennett ended up with a double after blooping a ball to center
that Billy Hamilton got his glove on but couldn't hold. Braun then drove
the first pitch from reliever J.J. Hoover (1-5) over the right field
fence for his 10th homer of the season.

Francisco Rodriquez pitched a scoreless
ninth inning for his 21st save in 23 opportunities. Will Smith (1-0) got
the win despite giving up a game-tying home run to Hamilton in the
eighth inning.

Reds starter Mat Latos threw 87 pitches
over six shutout innings in his season debut, giving up two hits while
striking out four. He started the season on the disabled list while
recovering from elbow and knee surgeries.

Yovani Gallardo went seven innings for
the Brewers, allowing one run on six hits and two walks while striking
out eight. It was the second straight strong outing for Gallardo, who
struck out a season-high eight and allowed four hits in seven innings of
a 1-0 victory over Pittsburgh June 8.

Latos retired the first four hitters he
faced before giving up a single to Aramis Ramirez. He then retired 13
hitters in a row before Gennett outlasted him in a long at-bat with two
outs in the sixth inning. Gennett, who several times just got a piece of
the ball to stay alive, hit the 13th pitch into left field for a
double.

Braun then hit a drive to the center field wall that was caught by Hamilton, prompting Latos to thrust his fist in the air.

The Reds grabbed a 1-0 lead in the first inning on Brandon Phillips' RBI single.

The Brewers wasted no time in taking the
lead after Latos left the game. Logan Ondrusek walked Jonathan Lucroy
to start the seventh inning and Carlos Gomez lined a single. Both
runners advanced on Ramirez's fly out and Lucroy scored on Khris Davis'
groundout.

Rickie Weeks then singled to left to give the Brewers a 2-1 lead.

Hamilton tied the score in the bottom of the inning with his third home run of the season.

NOTES:
To make room for Latos on the roster, the Reds put LHP Sean Marshall on
the 15-day disabled list with a strained right shoulder. ... The
Brewers signed the team's top three draft picks from the draft: LHP Kodi
Medeiros, SS Jacob Gatewood and OF Monte Harrison. All three were at
Miller Park Saturday and took batting practice before the game. ... The
Brewers will start RHP Marco Estrada (5-3) in Sunday's series finale
against the Reds' Mike Leake (3-6).