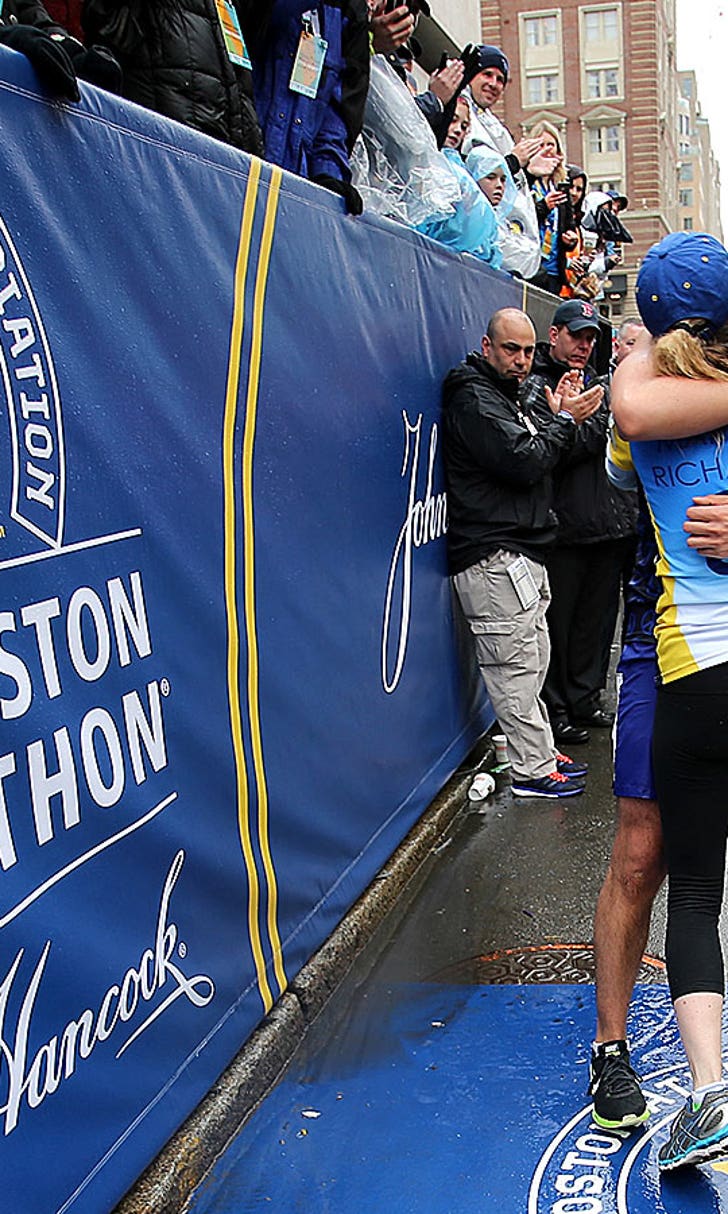 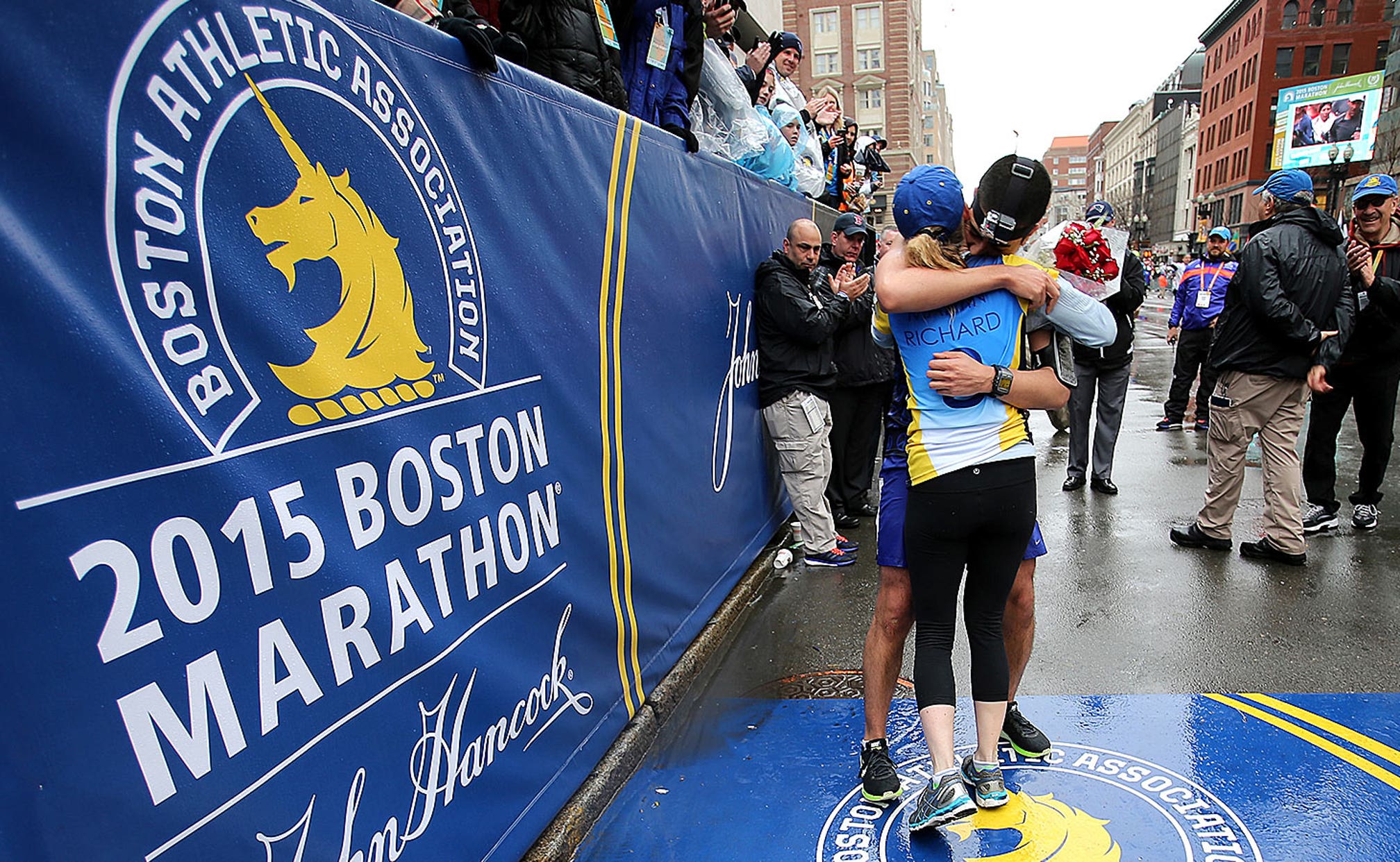 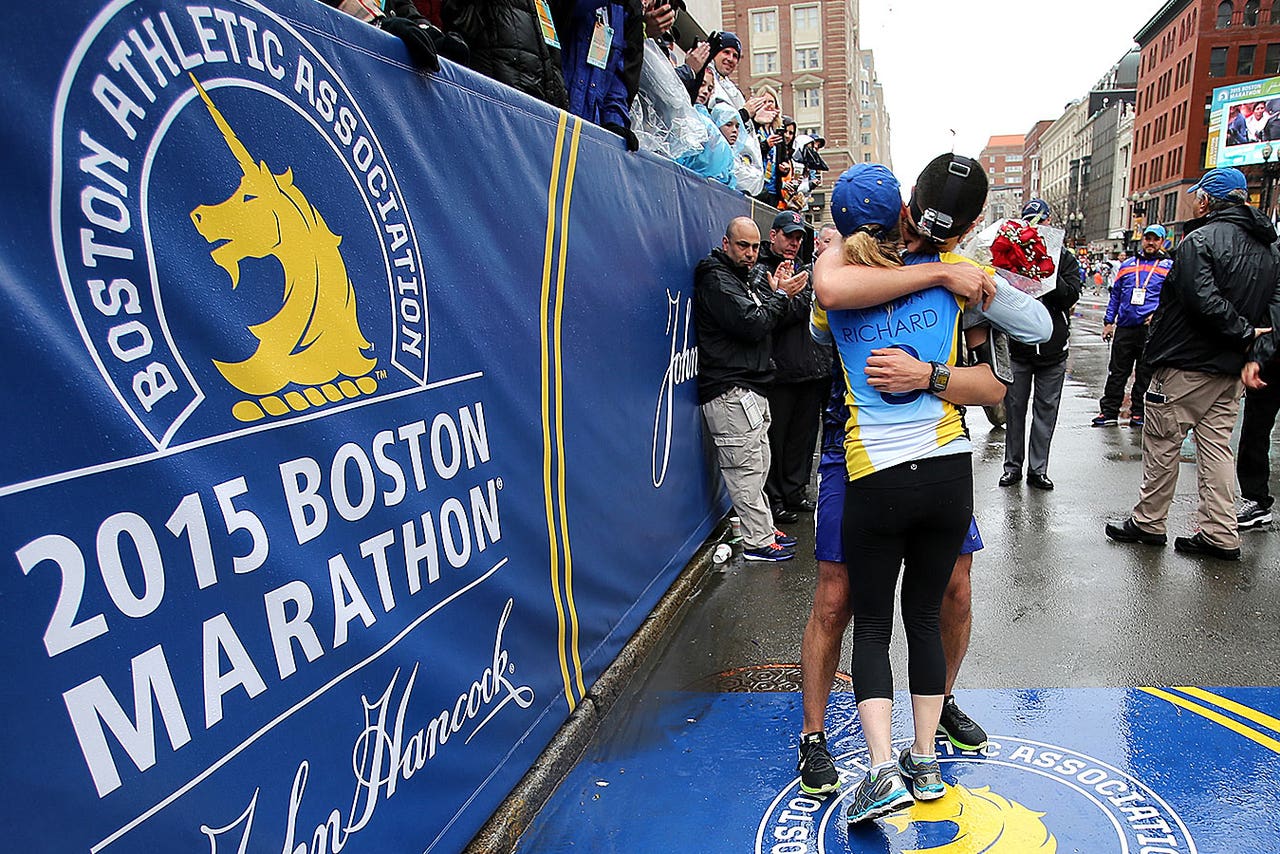 Dan Koh proposed to his girlfriend at the finish line with an assist from @marty_walsh. http://t.co/NkdZL1mk4v pic.twitter.com/6I36a38KOK

Koh's proposal actually began around the 24.8-mile mark, about 1.4 miles before the finish line, according to Boston.com. Koh recruited 12 helpers to hold up a sign bearing a line from a proposal poem he wrote her. The sign holders stood 0.1 miles apart so Sennett would read it as she approached the finish. It read:

And when she got there, Mayor Walsh presented the ring.

Here's what Koh had to say afterward:

Thank you so much for all the well-wishes. @amysennett and I are so happy. Shout out to the best boss ever @marty_walsh. #bostonmarathon