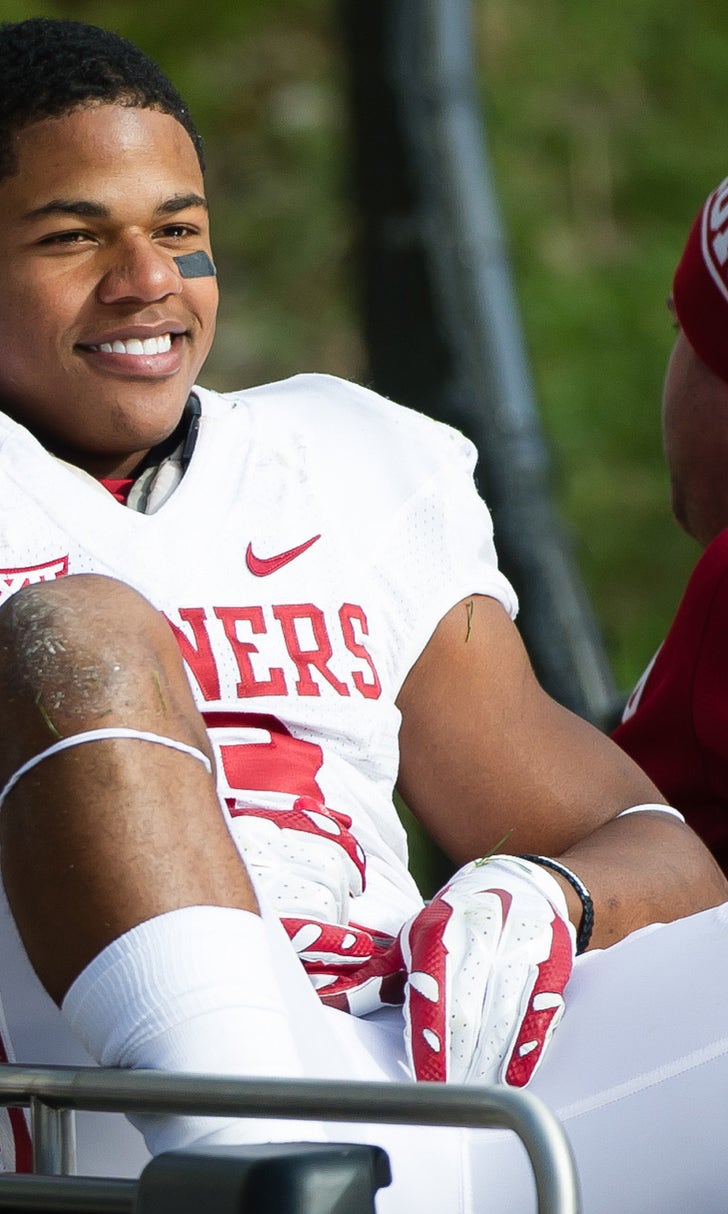 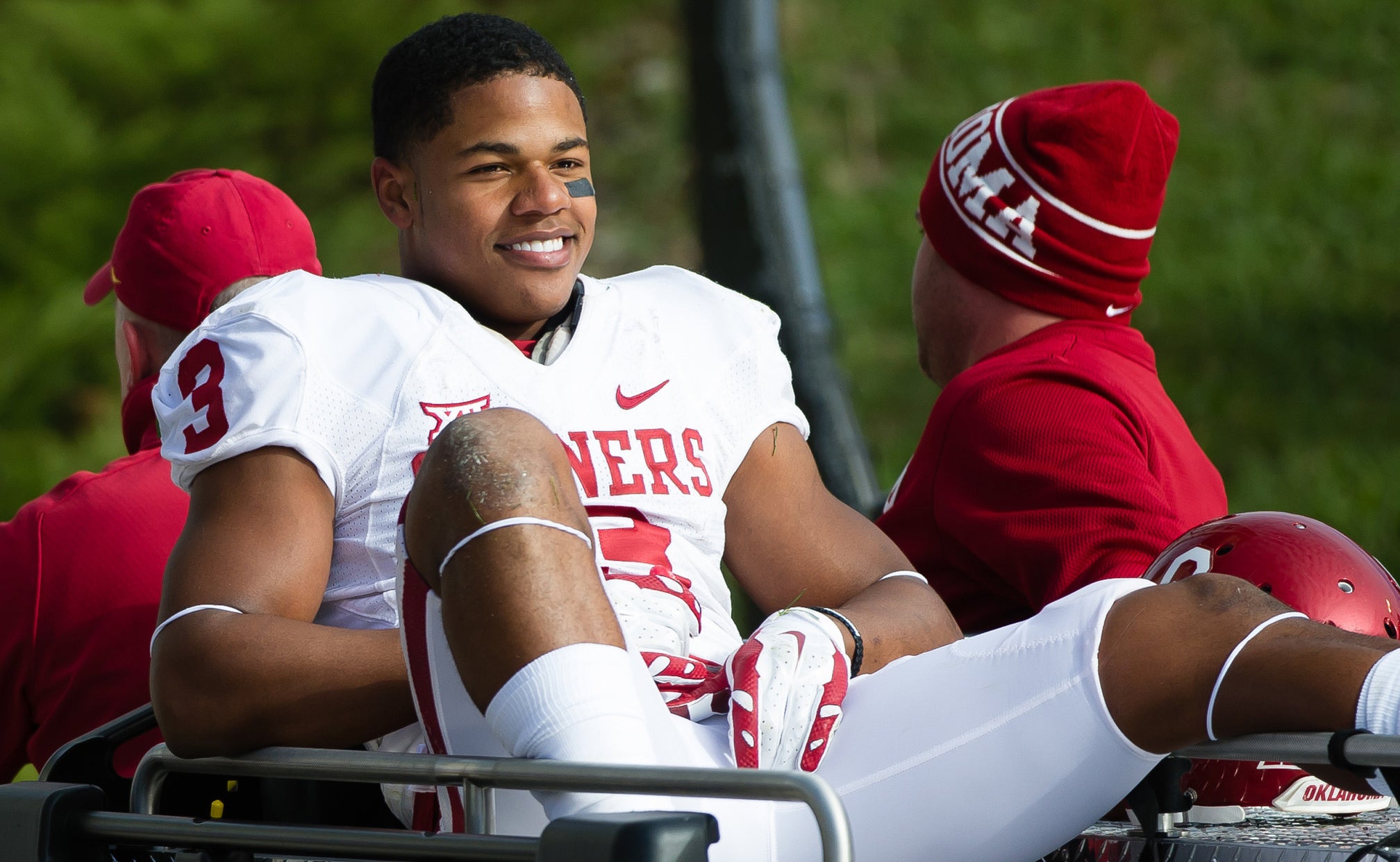 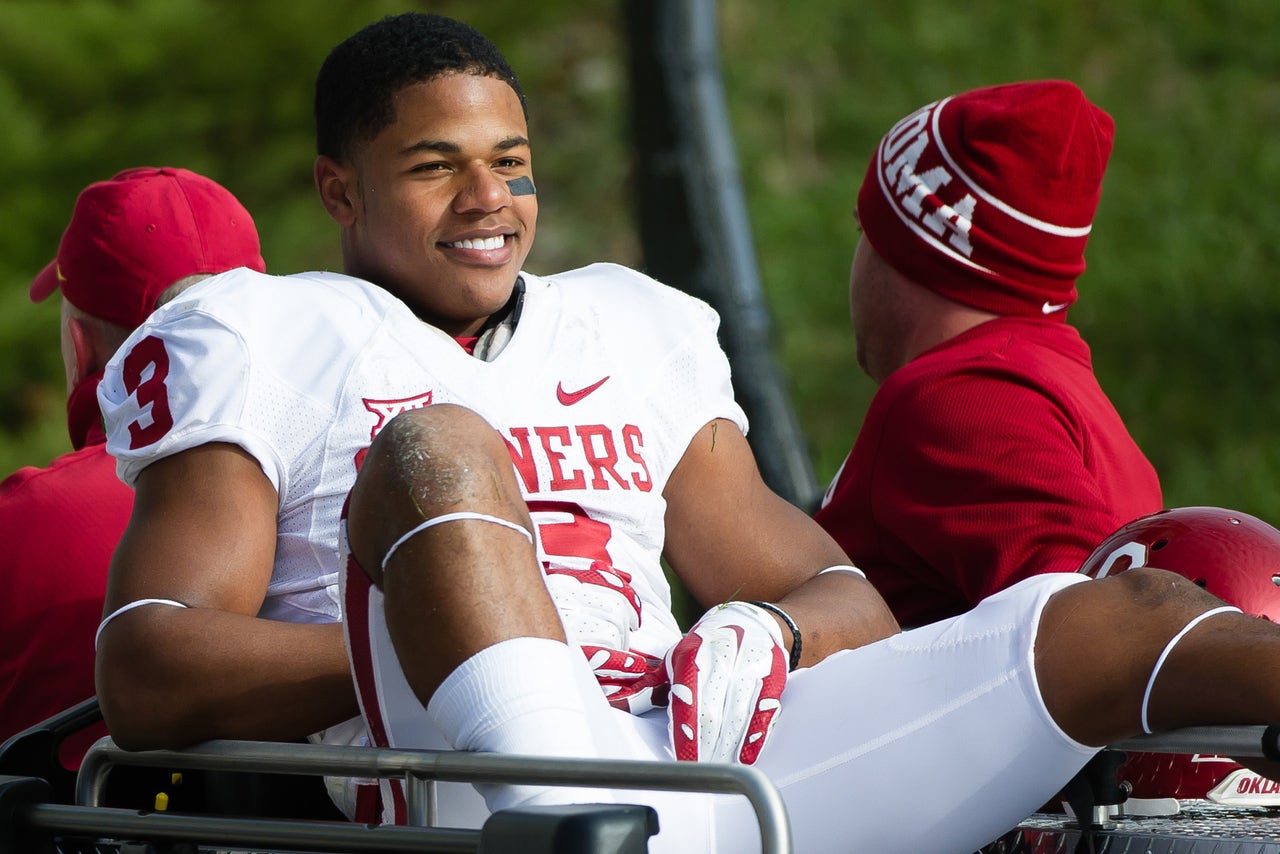 Shepard, a junior receiver on the Oklahoma football team and Stoops, the coach at Oklahoma since 1999, will be honored at the Home Depot College Football Awards on Dec. 11 in Florida.

Shepard's father Derrick played receiver at Oklahoma and was a graduate assistant at OU when Stoops came to Norman in 1999. Stoops helped Shepard get an assistant coaching job at Wyoming, but shortly after getting the job, Shepard died of a heart attack at 35 years old.

Stoops became a father figure to Sterling, who was 6 years old at the time and for the next eight years, Sterling was present at Oklahoma football practices and games and always was around the program. Shepard said he spent a lot of time with the quarterbacks and quarterbacks coach Josh Heupel and said Monday the coaches provided him positive male role models in his life.

Shepard is a junior at OU and is third in the Big 12 averaging 106 yards receiving per game. He has five, 100-yard games this season.

"I'm humbled to accept this honor on belaf of my mom, my sisters and my entire family," Shepard said. "And when I say family, that includes coach Stoops and everyone associated with Oklahoma football."