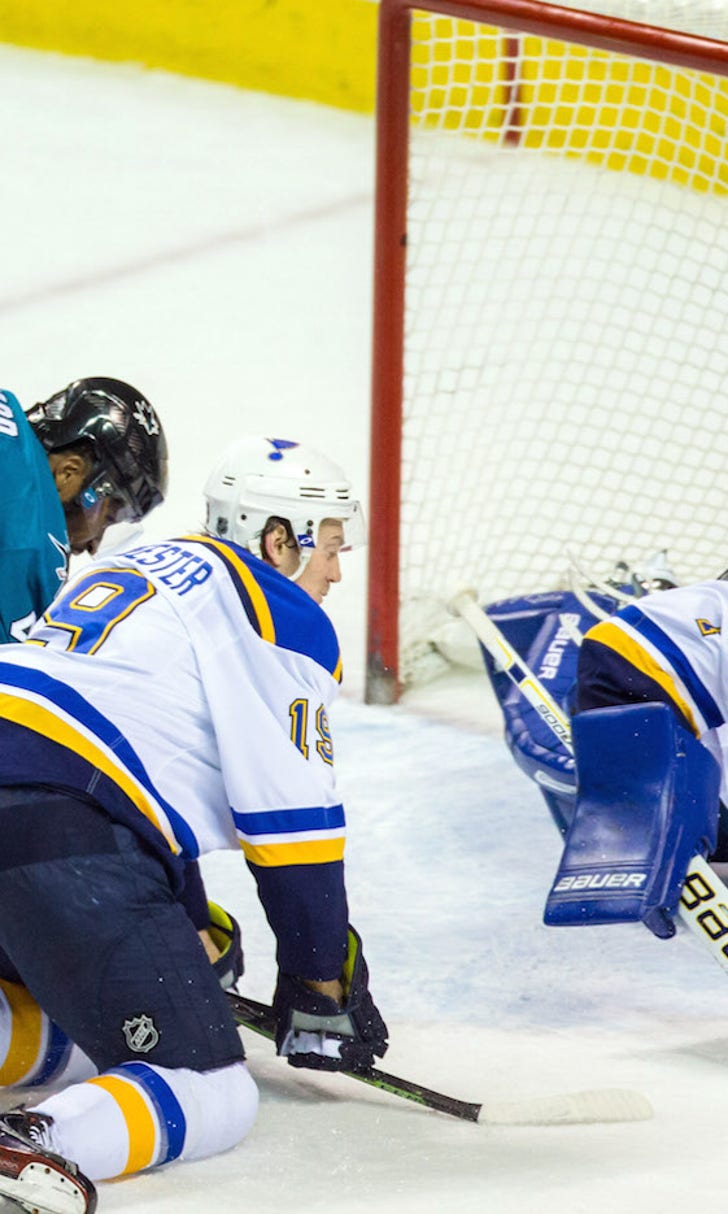 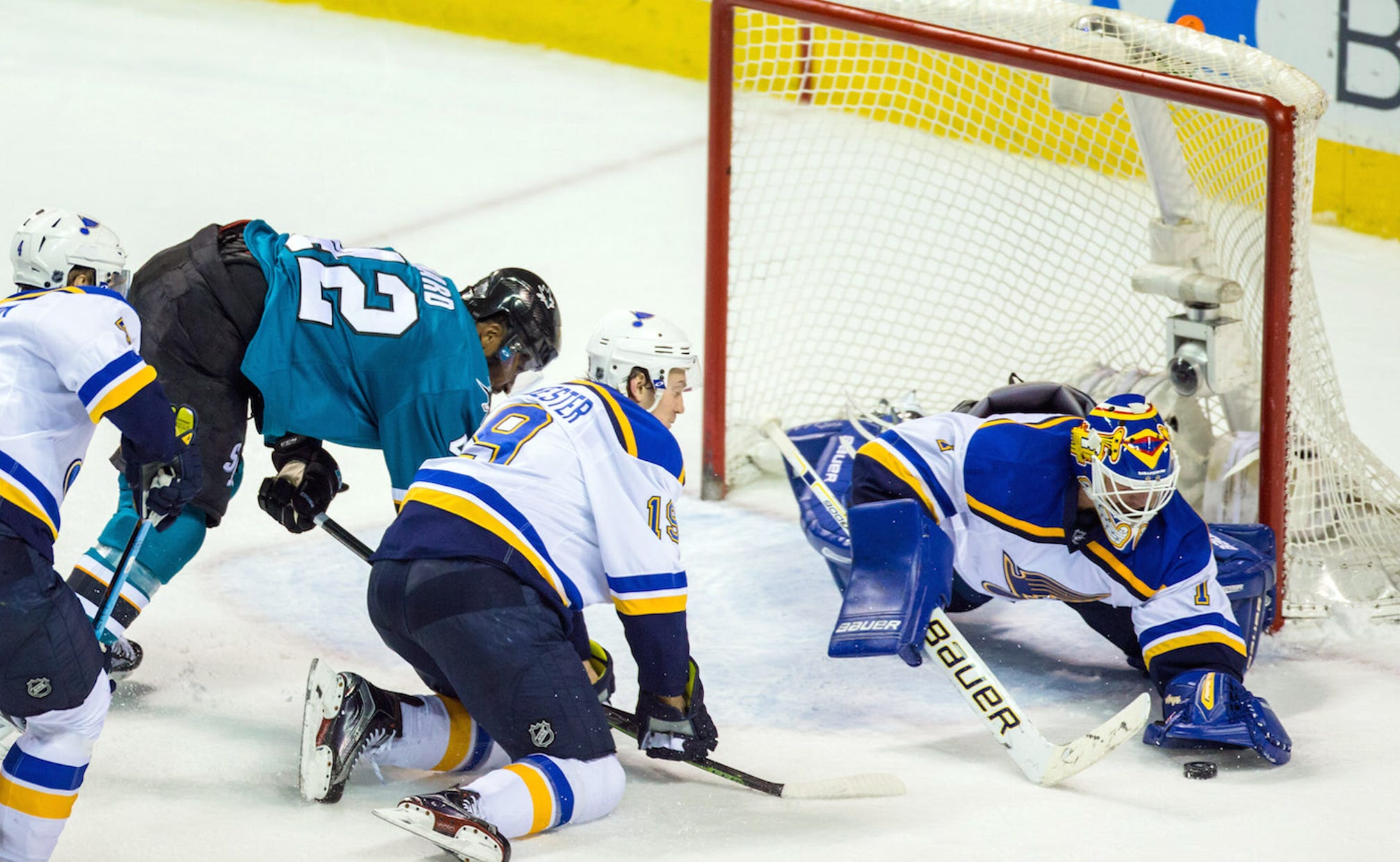 Blues now need to continue their strong play on the road 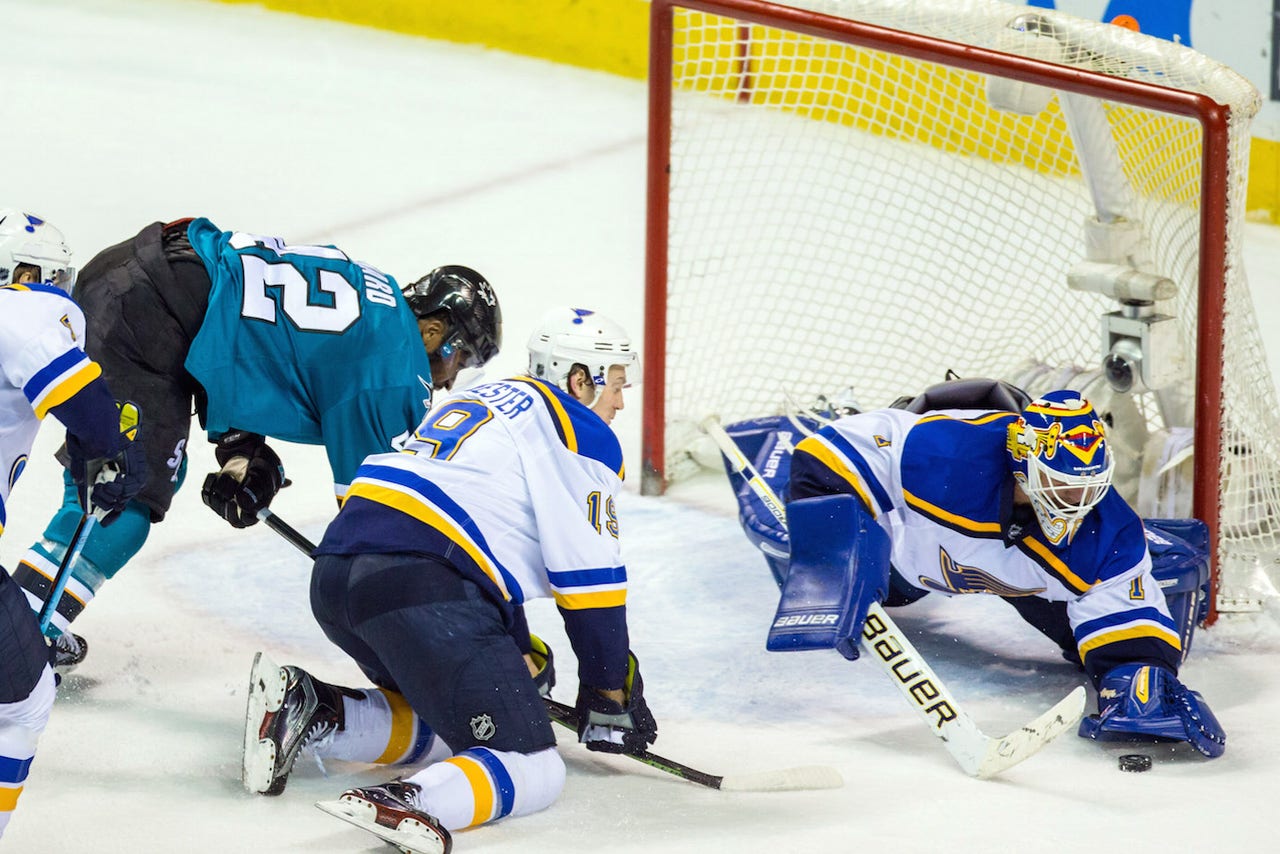 The San Jose Sharks have to be confident heading home for these Western Conference finals.

Curiously, so too may be the St. Louis Blues.

The Sharks have won five straight at home in the playoffs, but the Blues have done their best work on the road heading into Game 3 on Thursday night.

San Jose won Game 2 at St. Louis 4-0 on Tuesday to even the series. Brent Burns scored two power-play goals and Martin Jones made 26 saves for his second shutout of the playoffs.

The Sharks entered the series clicking at 31 percent on the power play, best in the postseason. They were 0 for 3 in the opener and coach Pete DeBoer complained about the lack of calls during the day between games.

"We talked about little things that they do, what we wanted to do," Burns said. "I don't think we changed much. We didn't score last game. We wanted to make a difference this game."

San Jose now has home-ice advantage after winning its last five at the Shark Tank. St. Louis dropped to 4-5 at home in the playoffs but now has the chance to improve on a 5-2 road mark.

"We have another level we can play at," Blues coach Ken Hitchcock said. "We've seen it. It hasn't come out at home as much as it has in other buildings, for whatever reason."

The Blues won Game 1 by a 2-1 score despite getting outshot 32-23. They came up empty in the second game, with Vladimir Tarasenko still in search of his first goal in this series after he had a team-high six shots.

The Blues may be fortunate to be tied heading west.

"We have played two B games," Hitchcock said. "I think at times, quite frankly, we're fortunate that it's 1-1. We'll take 1-1 right now with the way we played."

Forward Alexander Steen said the Blues were too emotional after falling behind and lacked discipline.

"I thought we let frustration creep in at certain times in the game," Steen said. "That can't happen at this time of the year."

St. Louis has lost consecutive games once in the postseason when it blew a 3-1 series lead against Chicago in the first round. The Blues bounced back with victories after their three defeats to Dallas in the next round.

"They played well. We didn't," captain David Backes said. "We've got to park this one like we've parked every other one in the playoffs and come into San Jose and win a road game."

Jones bounced back from letting in a soft goal by Jori Lehtera in the opener. He has a 1.40 goals-against average in this home win streak.

"Obviously, Game 1 you don't like to lose on a goal like that," Jones said. "But I thought I played well other than that and wasn't about to change anything."

Brian Elliott has posted a 2.38 GAA in starting every road game in the playoffs for St. Louis. According to Hitchcock, he needs a better effort from the people in front of him.

"Right now, this is really five games in a row where they've been very good," the coach said. "It's our job really, quite frankly, to catch up."

Panger: "Whenever the Blues have faced adversity, they've always come out smelling like a rose." #stlblues #STLvsSJhttps://t.co/H2PERIh2qU