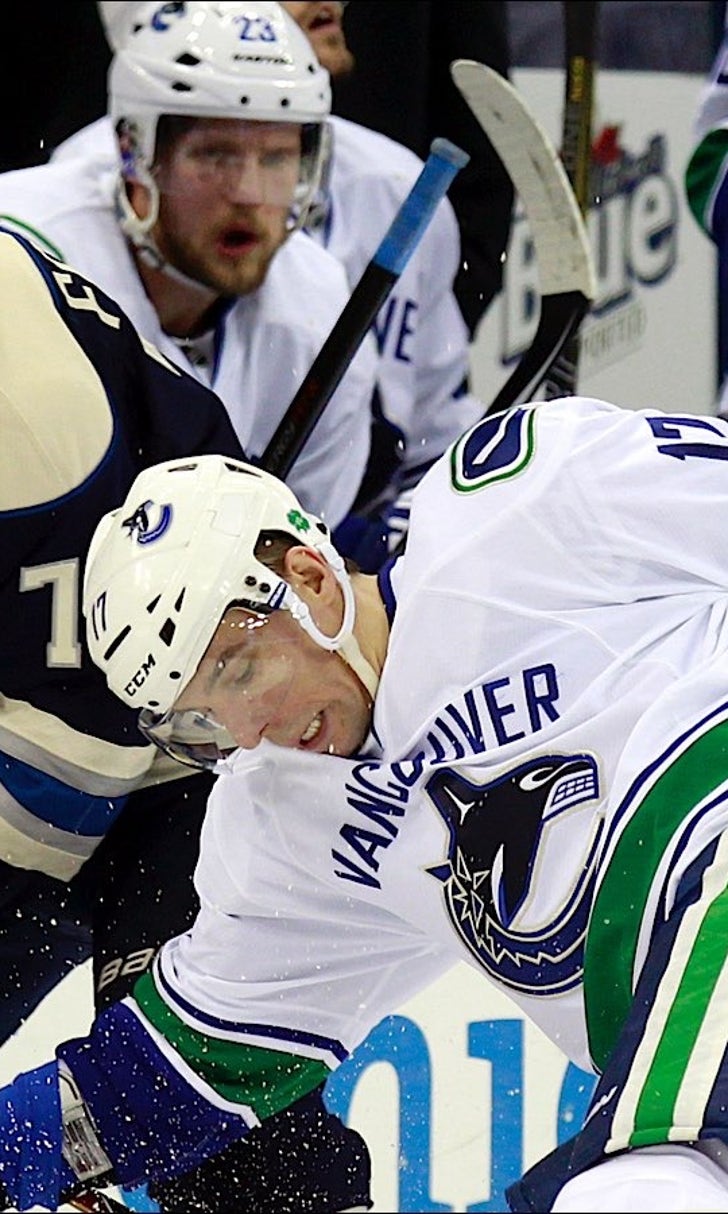 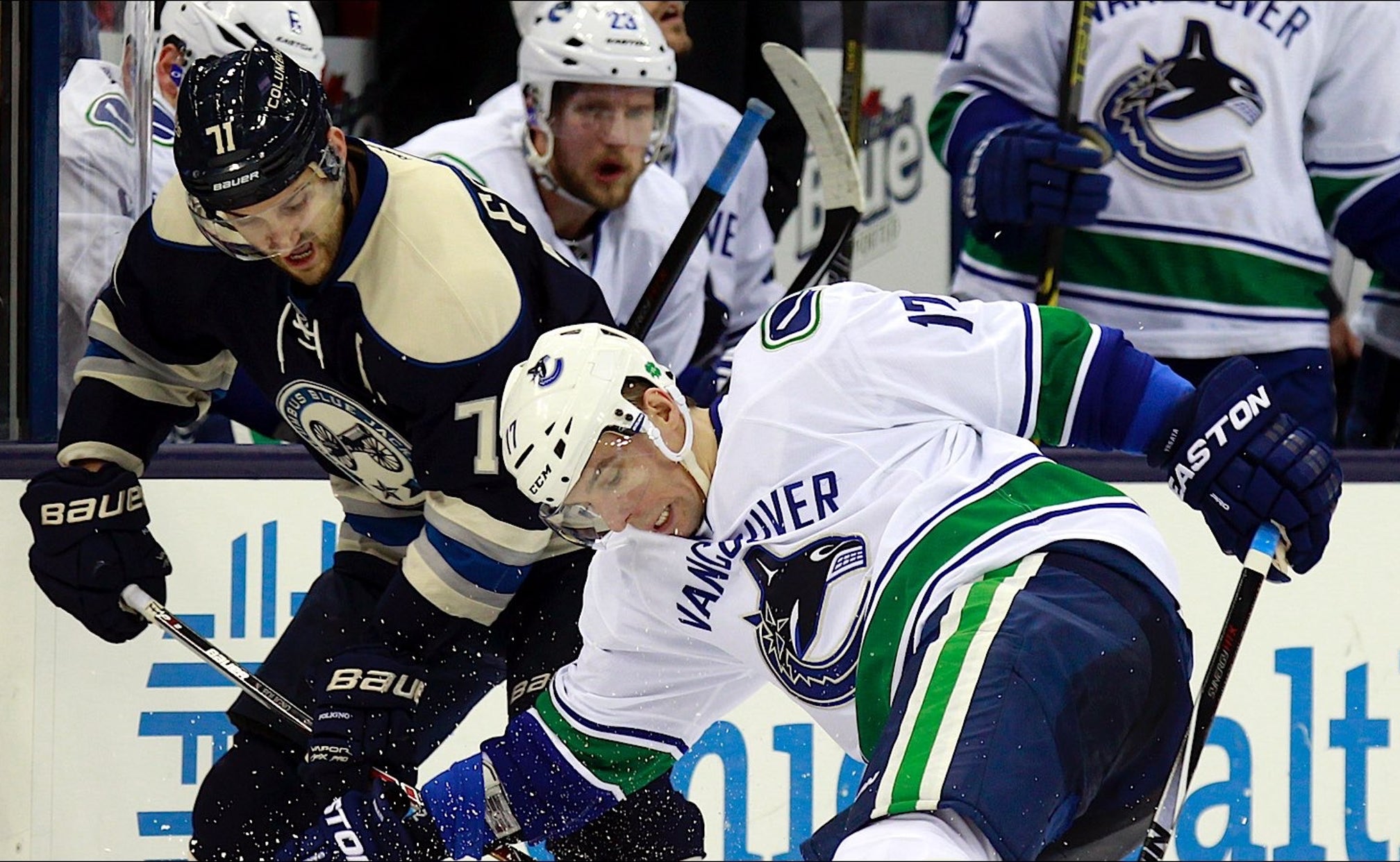 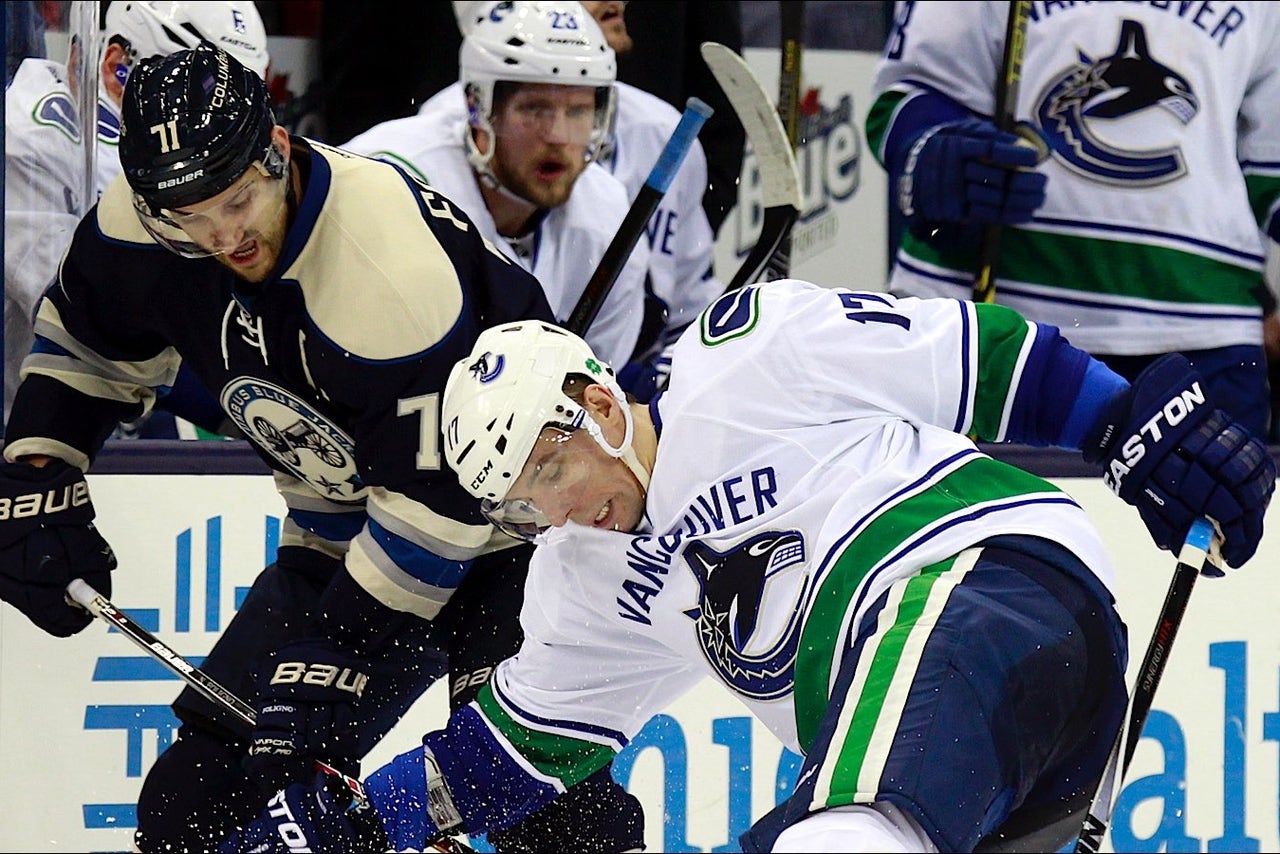 The Vancouver Canucks are hoping a healthy and rested Alexandre Burrows can make a difference in the tight Western Conference playoff race.

Keeping him on their top line could be the key.

Burrows will look to build on one of his best performances of the season Thursday night when the Canucks try to continue their dominance of the Columbus Blue Jackets.

Vancouver (40-25-4) is second in the Pacific Division, two points ahead of third-place Los Angeles and three in front of Calgary at the postseason cutoff. Having Burrows on the ice consistently could go a long way toward widening that gap with 13 games left.

The right wing has missed nine games due to various injuries and also served a three-game suspension earlier this season for a late hit.

An undisclosed injury to Zack Kassian reunited Burrows with center Henrik Sedin and left wing Daniel Sedin on the Canucks' top line Tuesday. He fit in nicely, ending a personal 10-game scoring drought by finding the net twice in a span of 17 seconds during the third period of a 4-1 win over Philadelphia.

"They've played together for a long time, and the chemistry is good," coach Willie Desjardins said.

Desjardins also thinks the time off was a benefit to Burrows.

"Burr took a little bit of time off, and it paid off," he said. "If we have guys banged up a little bit, and even if we don't, guys can use it to get the rest they need so they can come back fresher."

Burrows certainly helped at Columbus (31-35-4) on Nov. 28, tallying once in the Canucks' four-goal third period during a 5-0 victory.

Henrik Sedin has 23 points in his last 21 games against the Blue Jackets, including four goals in the past three after getting one in November.

Daniel Sedin has also found success against them, collecting 11 points in his last seven home games while getting at least two in four of them. He had one goal and two assists in a 6-2 victory Nov. 22, 2013, that was the Canucks' seventh straight over the Blue Jackets at Rogers Arena.

The venue hasn't really mattered much in this series, though, with Vancouver going 14-1-2 in the last 17 meetings.

The Blue Jackets are all but mathematically eliminated from the playoff race in the East, but they've won five of seven following a seven-game slide.

Columbus' recent surge includes a pair of shootout victories over Edmonton after it beat the Oilers 4-3 on the road Wednesday. Curtis McElhinney made 44 saves before stopping two of three attempts in the tiebreaker.

"Mac did a hell of a job," rookie center Alexander Wennberg told the team's official website after getting an assist and scoring the decisive shootout attempt. "He made some unbelievable saves. We have to get better ... this was not a good enough effort from us. We need to get better for the next game in Vancouver."

That's certainly true for Ryan Johansen, who has one goal in nine career meetings with the Canucks, and none in four at Vancouver. The center scored for just the second time in 15 games Wednesday.

Sergei Bobrovsky may be back in net, but he's surrendered 10 goals on 64 shots while losing the last two games against the Canucks.