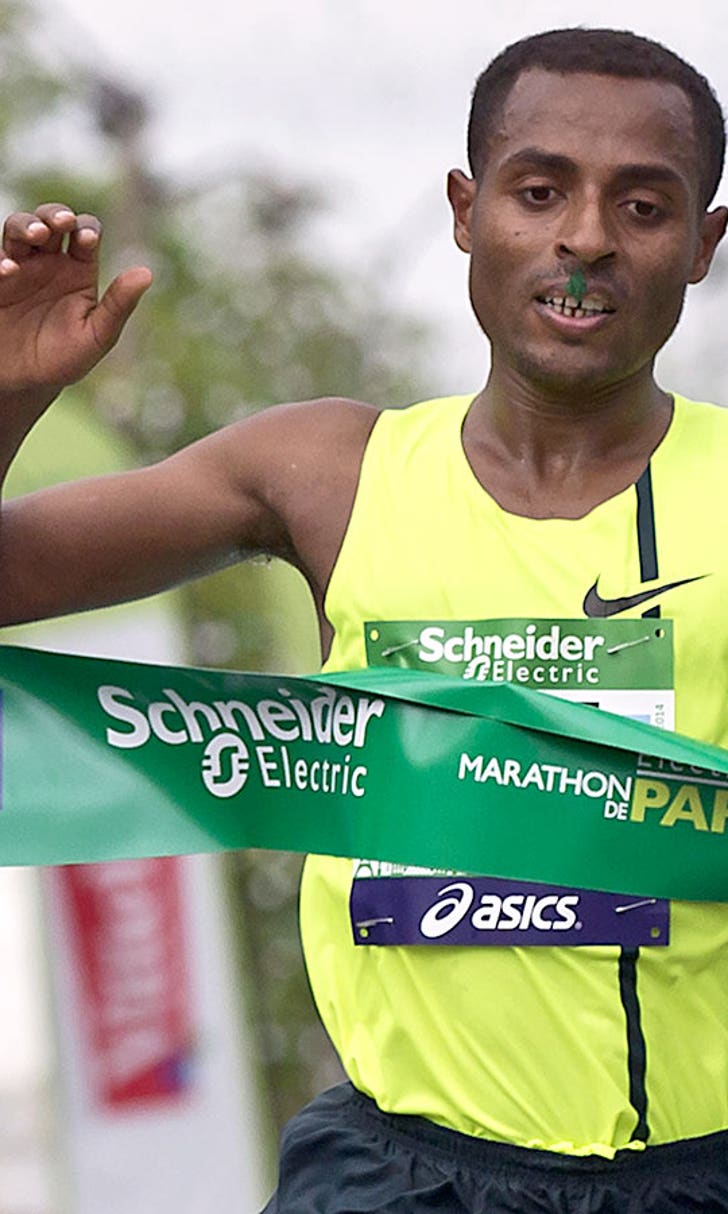 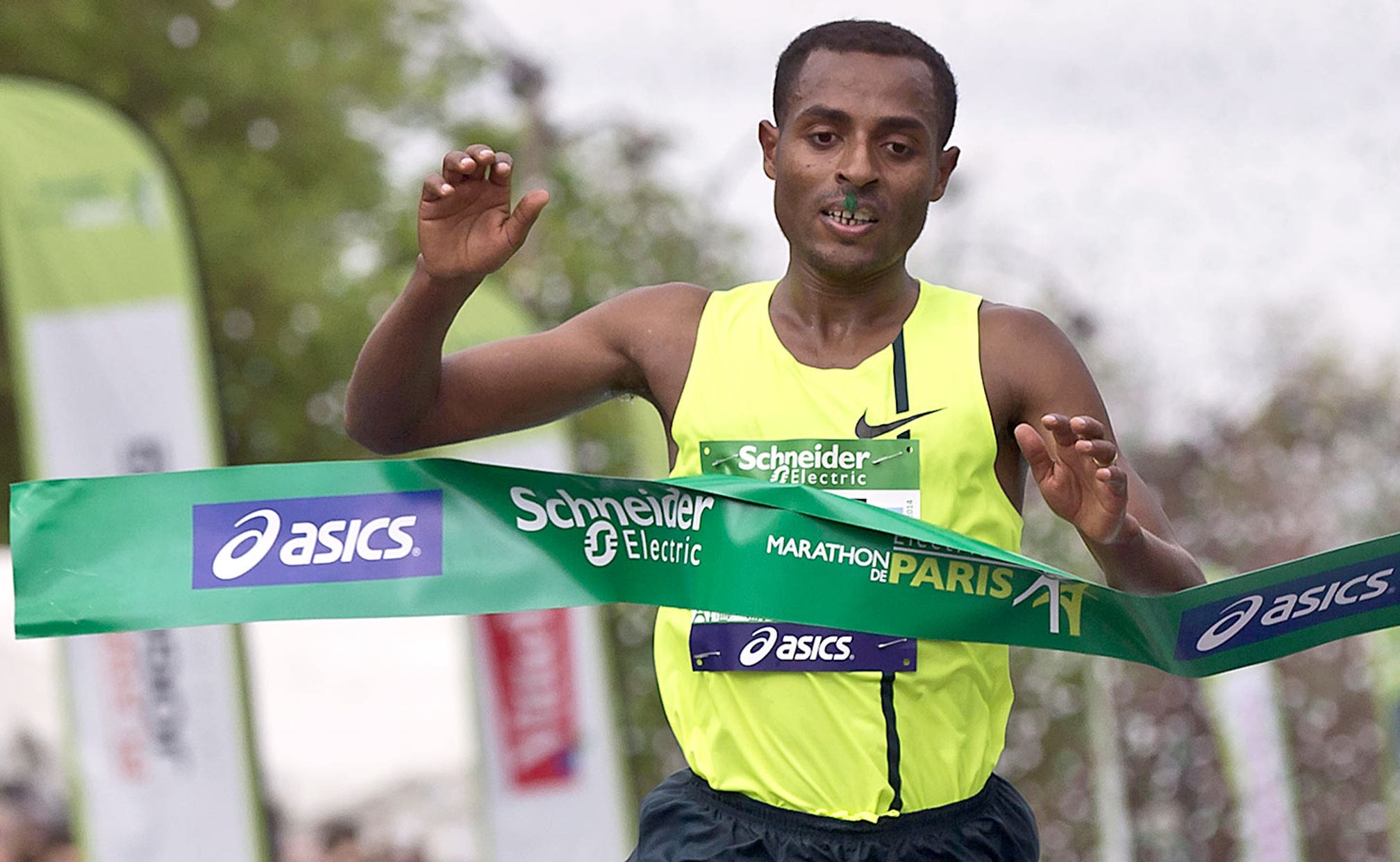 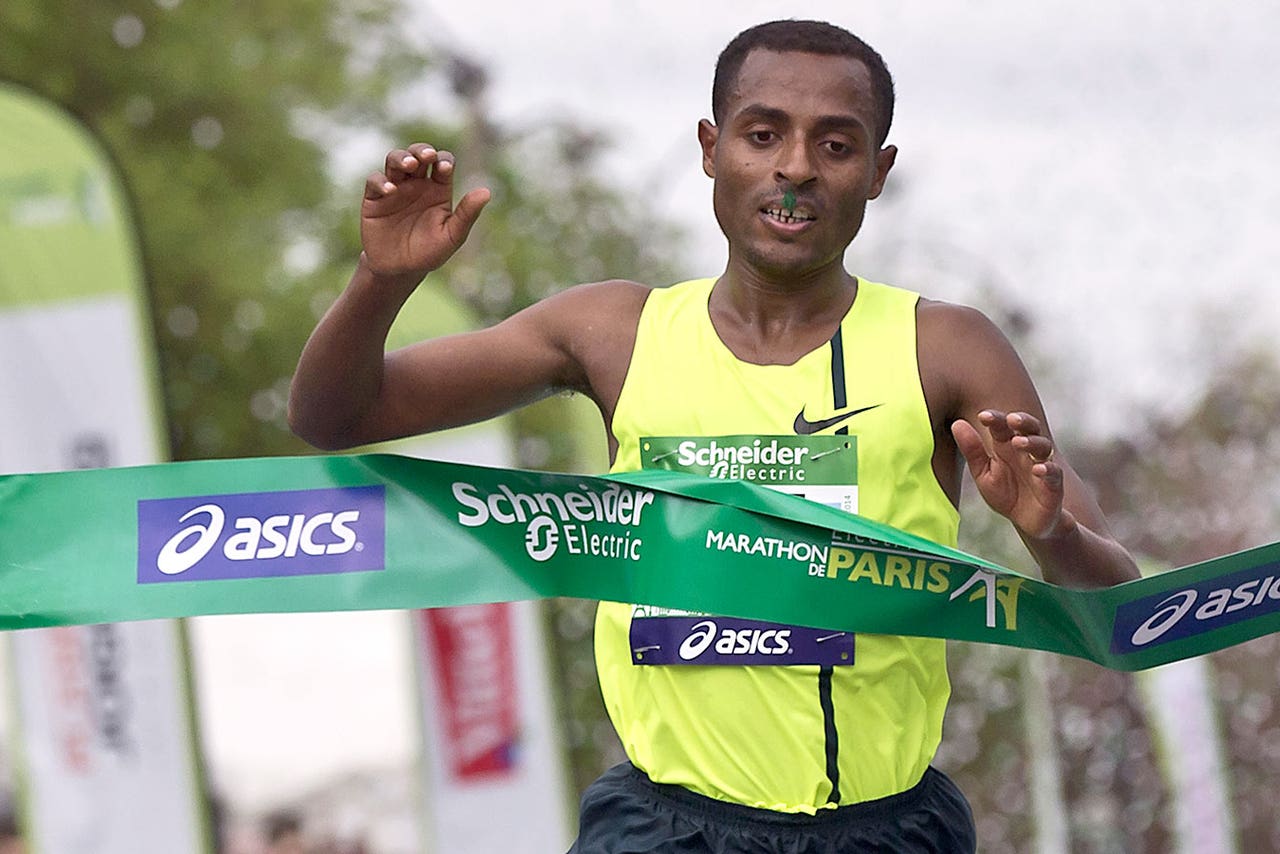 Three-time Olympic champion Kenenisa Bekele of Ethiopia won the Paris marathon Sunday on his debut at the distance.

Bekele completed the 26-mile race in 2 hours, 5 minutes, 4 seconds to break the race record set by Stanley Biwott of Kenya in 2012.

Flomena Cheyech of Kenya dominated the women's race in 2:22:44, more than three minutes ahead of Yebrgual Melese of Ethiopia.

''It's my first marathon, I don't have experience before,'' Bekele told France 3 television. ''It was very tough. Anyway, I made the time I expected.''

The leading group reached the halfway stage in 1:02:09.

Bekele accelerated in the 27th kilometer to break up a small group. Only compatriot Tamirat Tola was able to keep pace with him before dropping three kilometers later.

Bekele had a small scare eight kilometers from the finish as he felt a strain in his left thigh.

''My hamstring muscle was not good,'' Bekele said. ''It was cramping. I was worried.''

A field of about 42,000 runners started the 38th edition of the Paris race from the Champs Elysees Avenue.