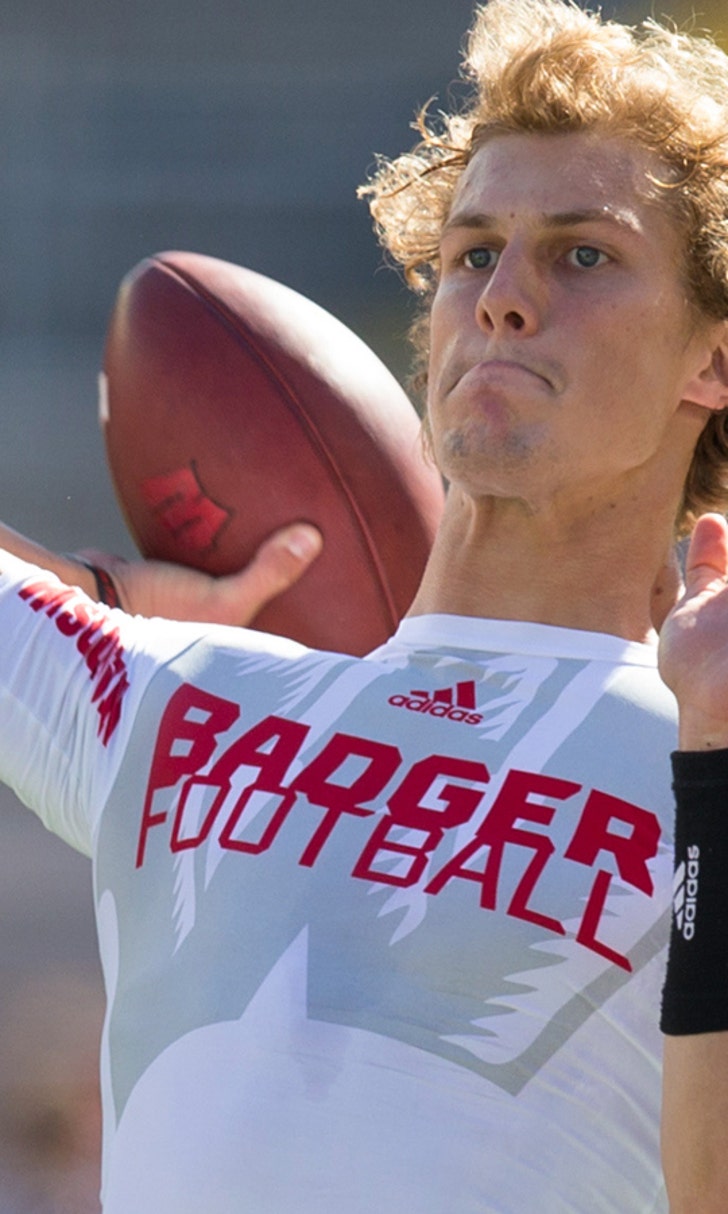 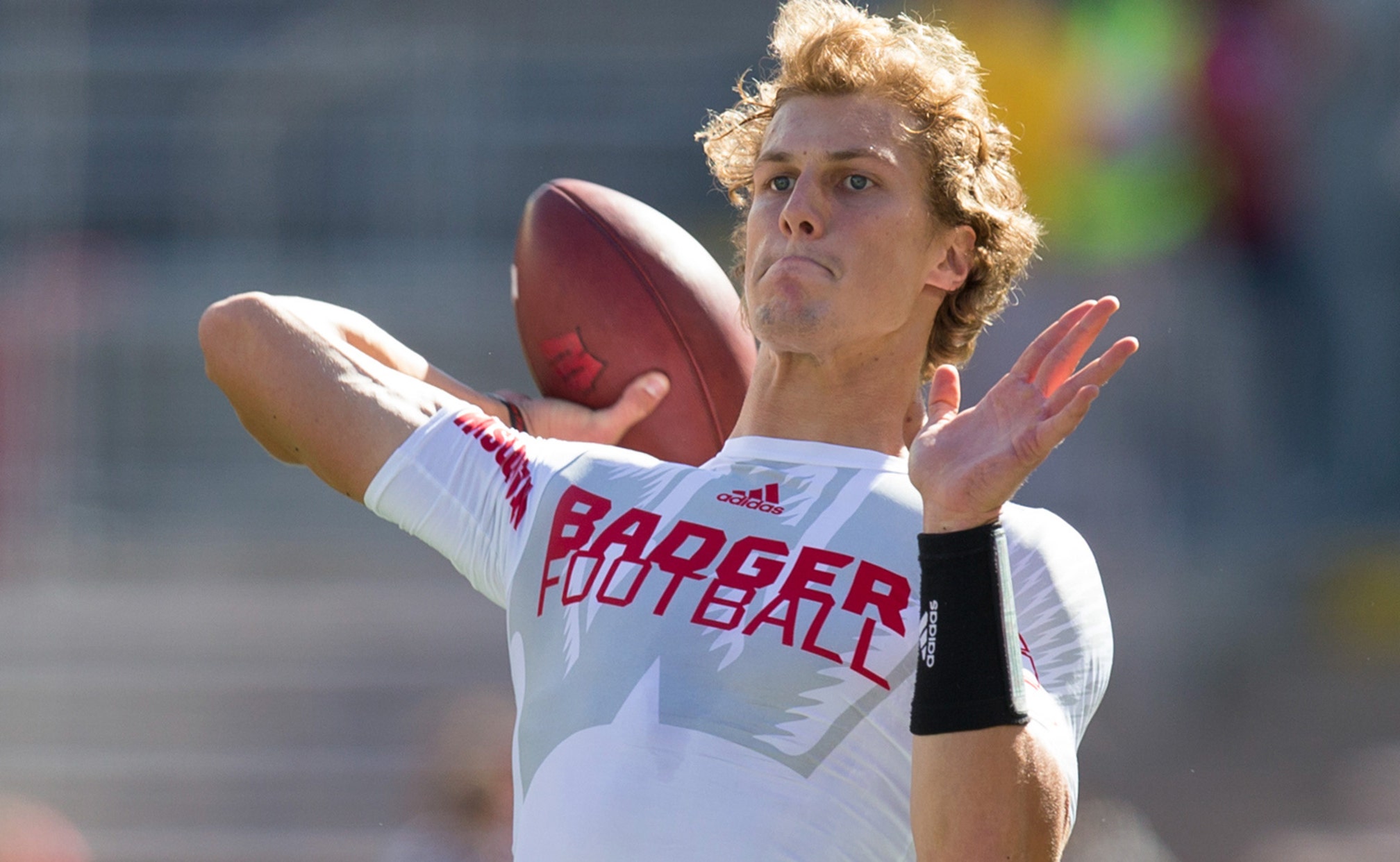 previous story
What's louder than a jet taking off? Royals fans during a playoff game
next story
Angels' Hamilton and Shoemaker eligible for playoffs 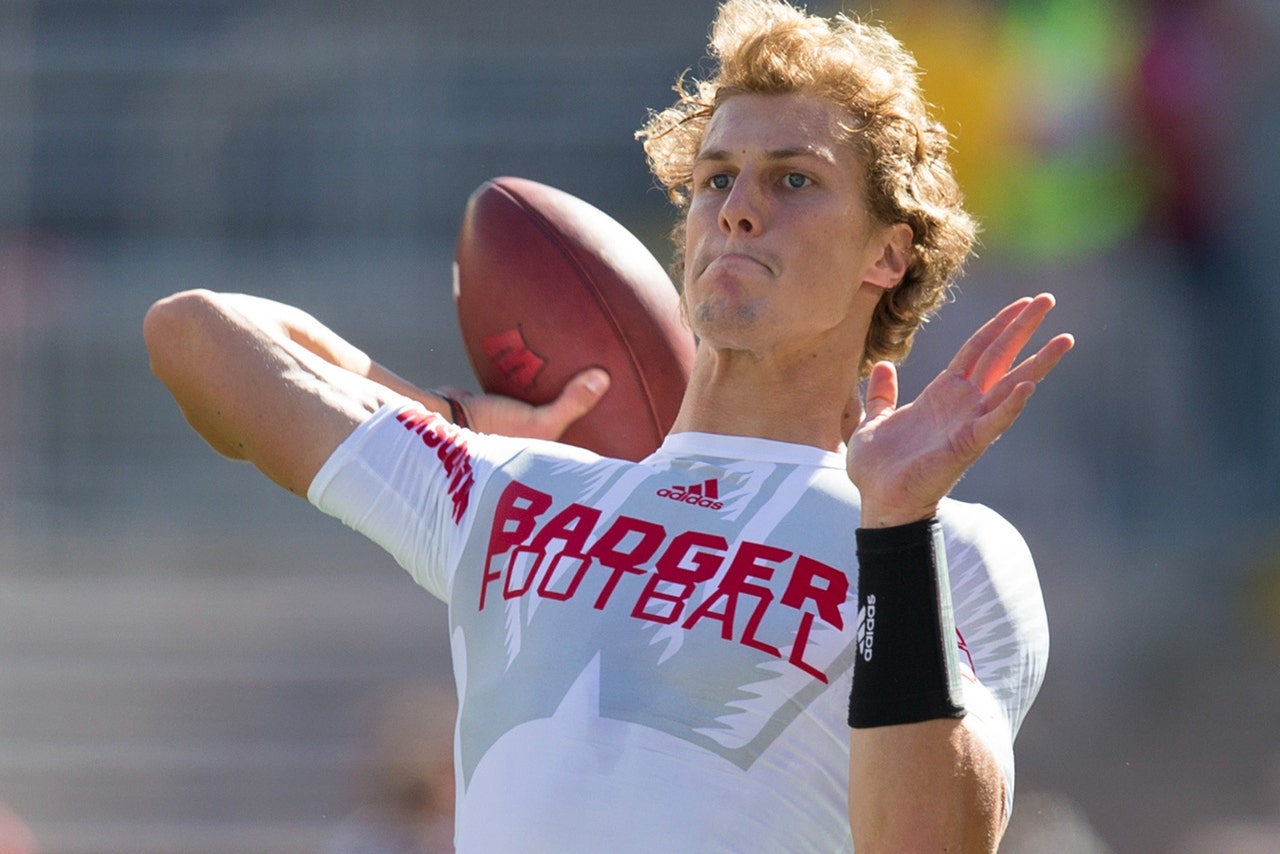 MADISON, Wis. -- Joel Stave delivered a deep out route during practice last Thursday that slipped from his right hand and sailed well out of bounds. In the mystifyingly difficult weeks before, the inner workings of his head would have sent him "into the toilet" from that poor throw, he said.

Stave would overthink the mistake, which only compounded the problem and left his quarterback skills in shambles. He had spent the end of August and much of September trying to internally overcome a mental block best known as the yips -- a sudden, unexplained loss of basic motor skills in athletes. And his inability to complete simple passes had become a national story, with Stave serving as the new poster boy for the affliction.

So here he was on Thursday, back under center after botching another pass. Only this time, Stave sensed the weight of the world had finally lifted.

"The very next throw, I was able to come back and hit a corner route to the boundary," Stave said. "Just seeing stuff like that, it's like every throw is not going to be perfect."

Stave met with reporters following Tuesday's practice for the first time since acknowledging his struggles four weeks ago. And he now believes he is symptom free, that one of the worst episodes of his football career is finally over. Now, the former starter can slowly go about the business of working his way back up Wisconsin's depth chart.

"I feel a lot better than I did about a month ago," he said. "Obviously, everything around that time was pretty emotional for me. I was upset and frustrated and everything that goes along with it. That's something that I had to work through, but I feel like I did a good job with that."

The origin of Stave's throwing issue was unclear for some time, but he noted Tuesday it began after teammate Tanner McEvoy was named Wisconsin's starting quarterback for the season opener against LSU. In many cases involving the yips, a traumatic experience has been linked to the problem, and Stave fell hard once he learned he was not the starter.

Stave went 13-6 in 19 career starts over the past two seasons. A year ago, he threw for 2,494 yards with 22 touchdowns and 13 interceptions. It marked the second-most touchdowns in a single season at Wisconsin, behind only Russell Wilson's 33 in 2011. Yet the coaching staff opened up the quarterback competition to Stave and the more agile McEvoy, who displayed a better ability to make plays with his legs, which ultimately won him the job.

Stave described finding out he had lost the starting role this fall as one of the most difficult circumstances of his career because of all the time he'd spent to retain the No. 1 position.

"I feel like now that I've gone through something like this, I won't necessarily let that happen again. I have a bad throw and it's just a throw. You're going to get the next one. That's kind of my mindset."

The news of Stave's passing struggles broke in bizarre fashion on Sept. 2. Badgers coach Gary Andersen initially issued a three-paragraph press release that morning stating Stave was being "shut down" because of throwing shoulder problems in an effort to keep Stave from having to explain the real reason for his demotion.

Andersen, however, backtracked from that statement following practice. Stave then spoke with reporters to clear up the confusion, noting that he didn't know what, exactly, was wrong with him, but his shoulder was structurally fine.

"I know that Tuesday morning, I remember that really well," Stave said. "That was the first day of school, and I spent the whole day on my phone telling people my shoulder's OK. It was an interesting day for me. But like they say, you go through everything for a reason, and I believe that. I feel like I've gotten a lot better from this. I've really grown from this. Not everything is going to be perfect. I've had a very blessed life so far, so to go through something like that, I think, was good for me."

Stave's throwing issue was noticeable even before it became a national story. During pregame warmups against LSU, Stave could not connect on basic 10-yard passes and generally looked unnerved -- something television broadcasters mentioned live on the air.

"You watched LSU and that was kind of a (expletive) show, excuse my language here," Stave said. "From then to now, it's night and day."

Once the news of Stave's issues surfaced, he said he received an outpouring of encouragement from friends and former coaches. Stave mostly relied on the support of his parents, as well as his older brother Bryan, another high school friend and teammate Jordan Fredrick, who stayed after many practices to throw with him. Stave said he did not seek the council of a psychologist or any other outside service.

"Just talked to my friends on the team and stuff like that," he said. "Just realize you're only playing football, you're just throwing a ball. It's not the end of the world one way or the other."

A week after the LSU game, Stave did not take part in pregame warmups against Western Illinois. But he said his feel for the football came back two weeks later during warmups before the Bowling Green game. The session helped him feel "back to normal." From that point on, Stave said he has been fine.

So, where does Stave go from here?

He has spent the past two weeks earning more reps in practice with the second-team offense. Stave said the starter typically earns 90 percent of the practice reps, with the final 10 percent going to the backups. Stave is splitting those reps with current backup Bart Houston. A decision is expected this week as to whether Stave or Houston is No. 2 on the quarterback depth chart ahead of the team's Big Ten opener at Northwestern.

Stave believes he will be ready if called upon. Now that the worst is over, all he can do is wait for an opportunity.

"If things start to go bad or Tanner gets hurt, through this whole thing I've prepared mentally like I always would," Stave said. "I've watched film, taken notes and done what I need to do to feel like I have a good enough feel for the defense. So just continue to do that. If my number is called, then I'll be ready to go."