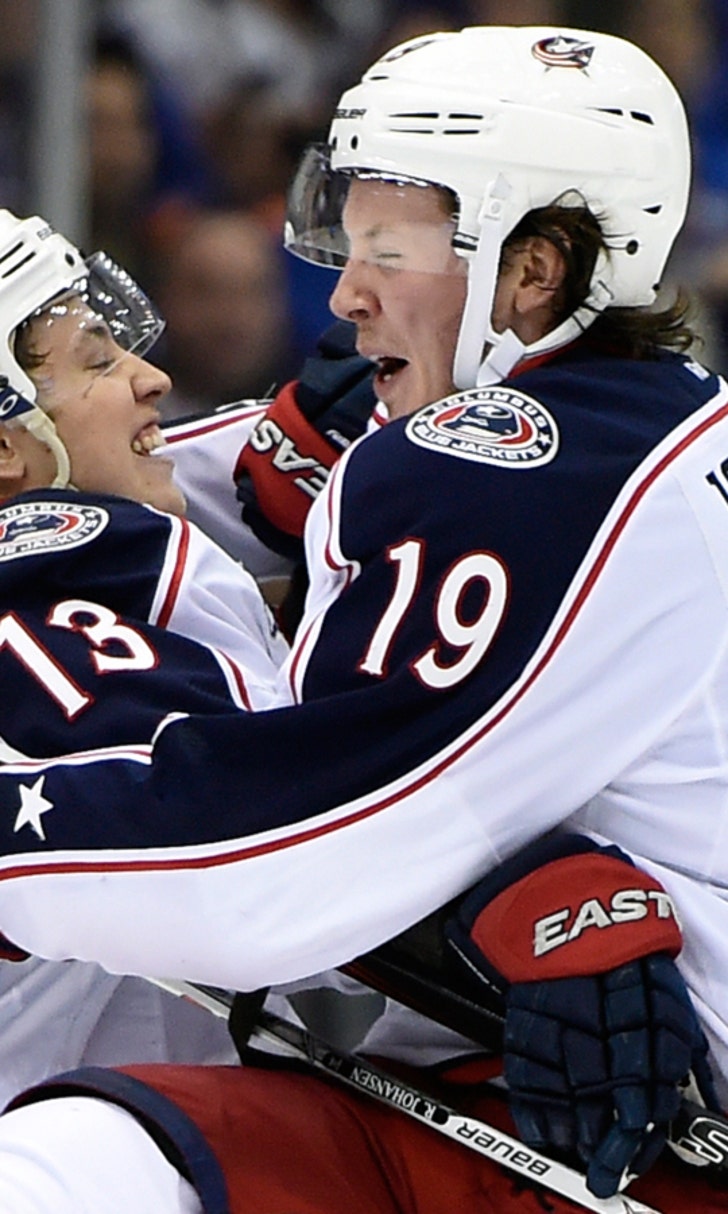 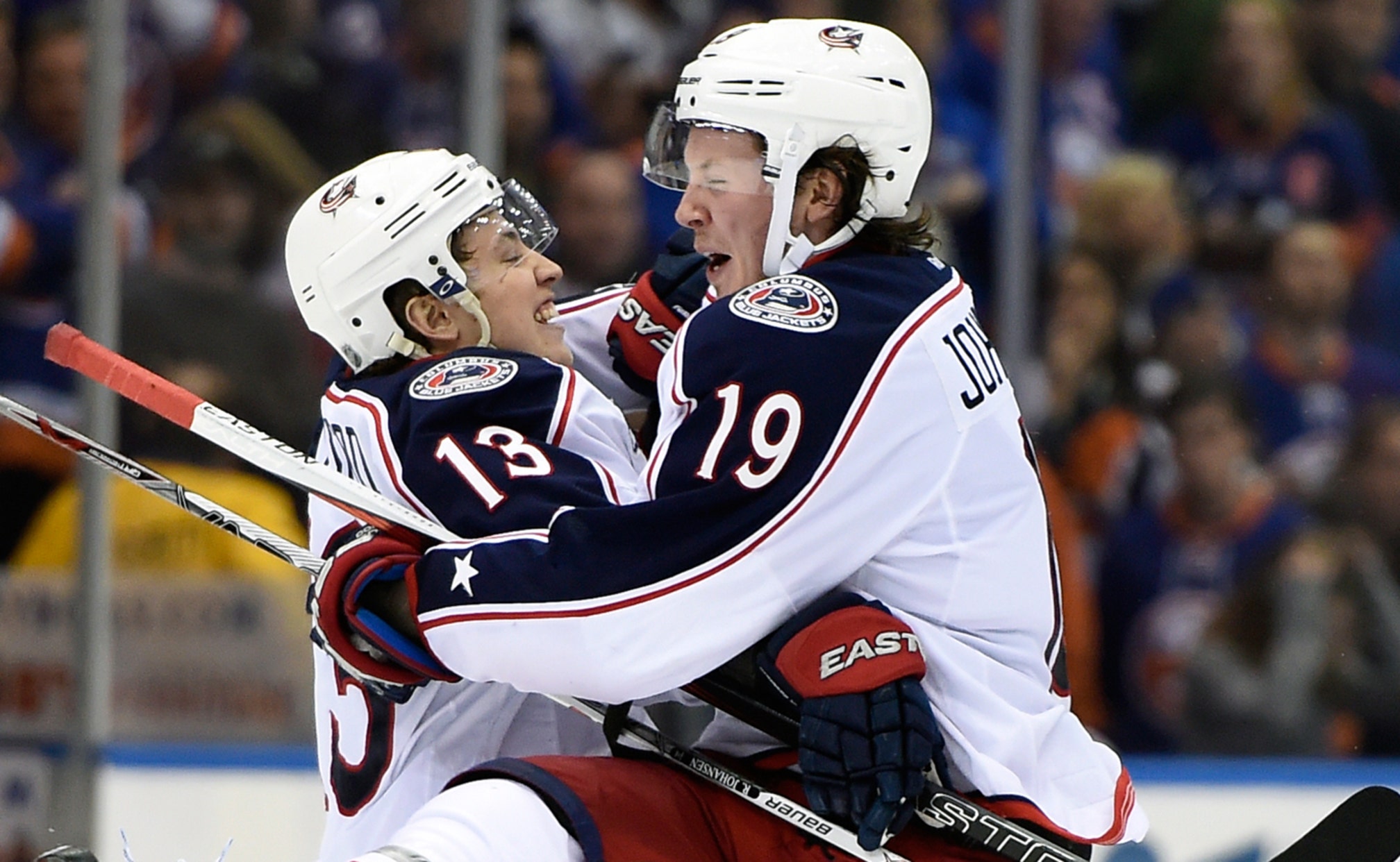 Atkinson, Wennberg lift Blue Jackets past Islanders in SO 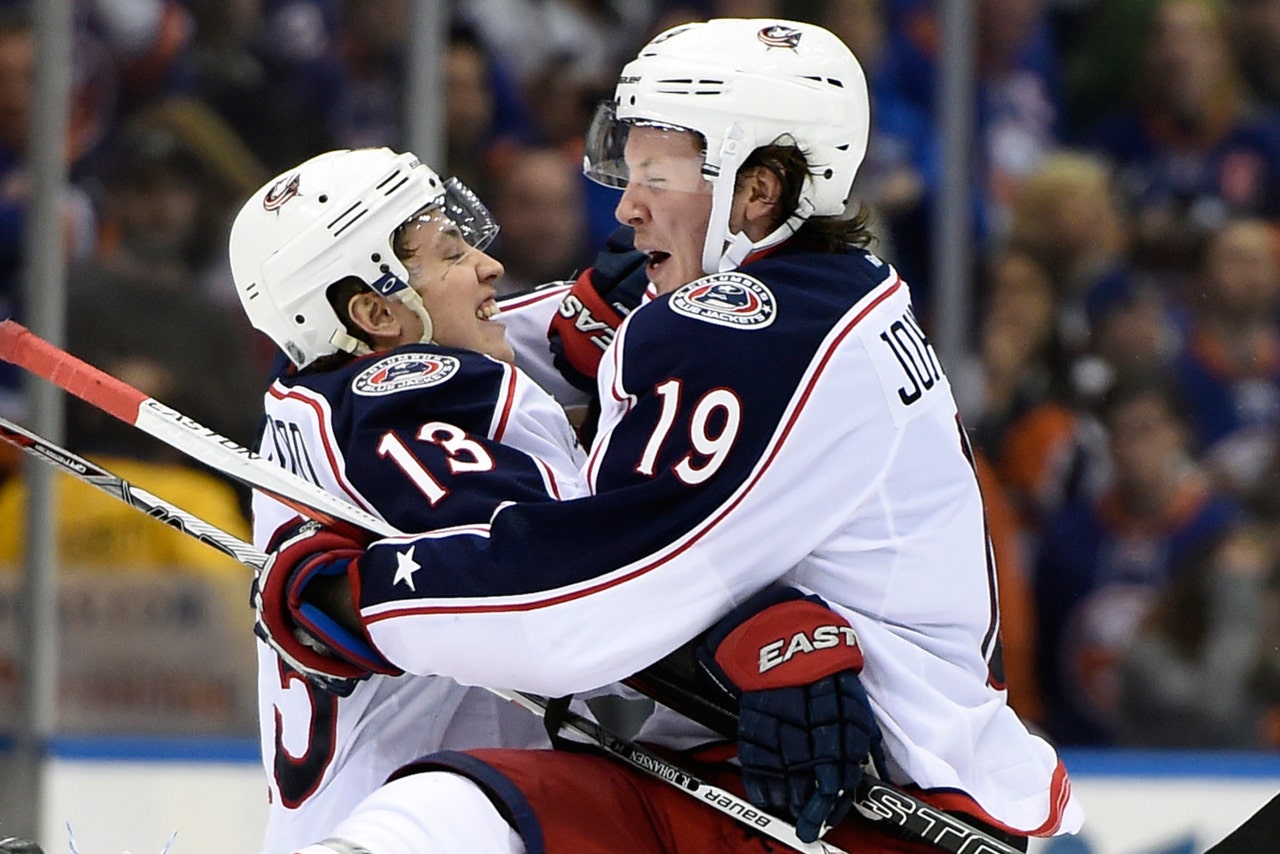 UNIONDALE, N.Y. (AP) -- Cam Atkinson and Alexander Wennberg scored in the shootout to lead the Columbus Blue Jackets to a wild 5-4 win over the New York Islanders on Saturday night in the last regular season game at Nassau Coliseum.

Atkinson, Wennberg, Brandon Dubinsky, and Scott Hartnell also scored in regulation for Columbus (42-35-5). Curtis McElhinney had 48 saves through overtime to help the Blue Jackets earn a split of the teams' four-game season series.

The loss gives Washington home-ice advantage against the Islanders in the teams' first-round playoff series. New York was 2-1-1 against the Capitals in the regular season.

The score was tied 1-1 after two periods before each team scored three times in the third.

Boulton and Tavares -- with his 38th goal -- scored 55 seconds apart to give the Islanders a 3-1 lead at 3:47. However, Dubinsky and Wennberg had goals 94 seconds apart to tie it at 3-all with 8:49 remaining in regulation.

Kulemin shoveled Tavares' rebound under McElhinney with 4:24 left in regulation to put New York ahead, but Hartnell tied it again with 1:35 left.

Atkinson's power-play goal with 10 seconds remaining in the first period gave Columbus the early lead after an opening 20 minutes which saw four power-plays and a combined 30 shots on goal.

Okposo tied with 18th of the season with 8:58 remaining in the second as he snapped a quick shot past McElhinney from the low slot.

Next season, the Islanders will be playing in Barclays Center in Brooklyn, ending a 43-year stay at Nassau Coliseum.

Fans tailgated outside the Coliseum hours before the game, and once inside, chanted "Let's Go Islanders" and "We Want Home Ice" prior to warmups. Many stood behind the glass prior to warmups, and roared as the Islanders came out for warm-ups.

The announced sellout crowd of 16,170 cheered again after the Islanders left the ice following warm-ups, and roared during a pregame ceremony which included a video commemorating the team's history at the Coliseum, plus Claire Arbour, the wife of the franchise's legendary coach Al Arbour, dropped the ceremonial opening puck.