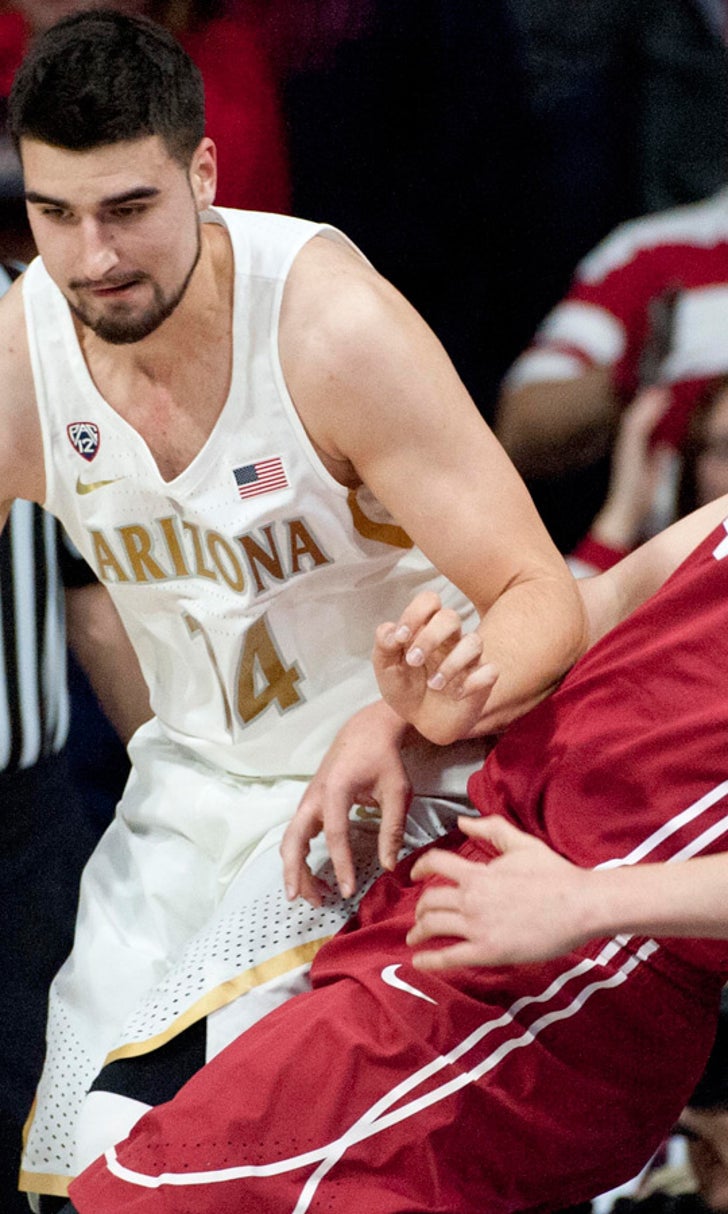 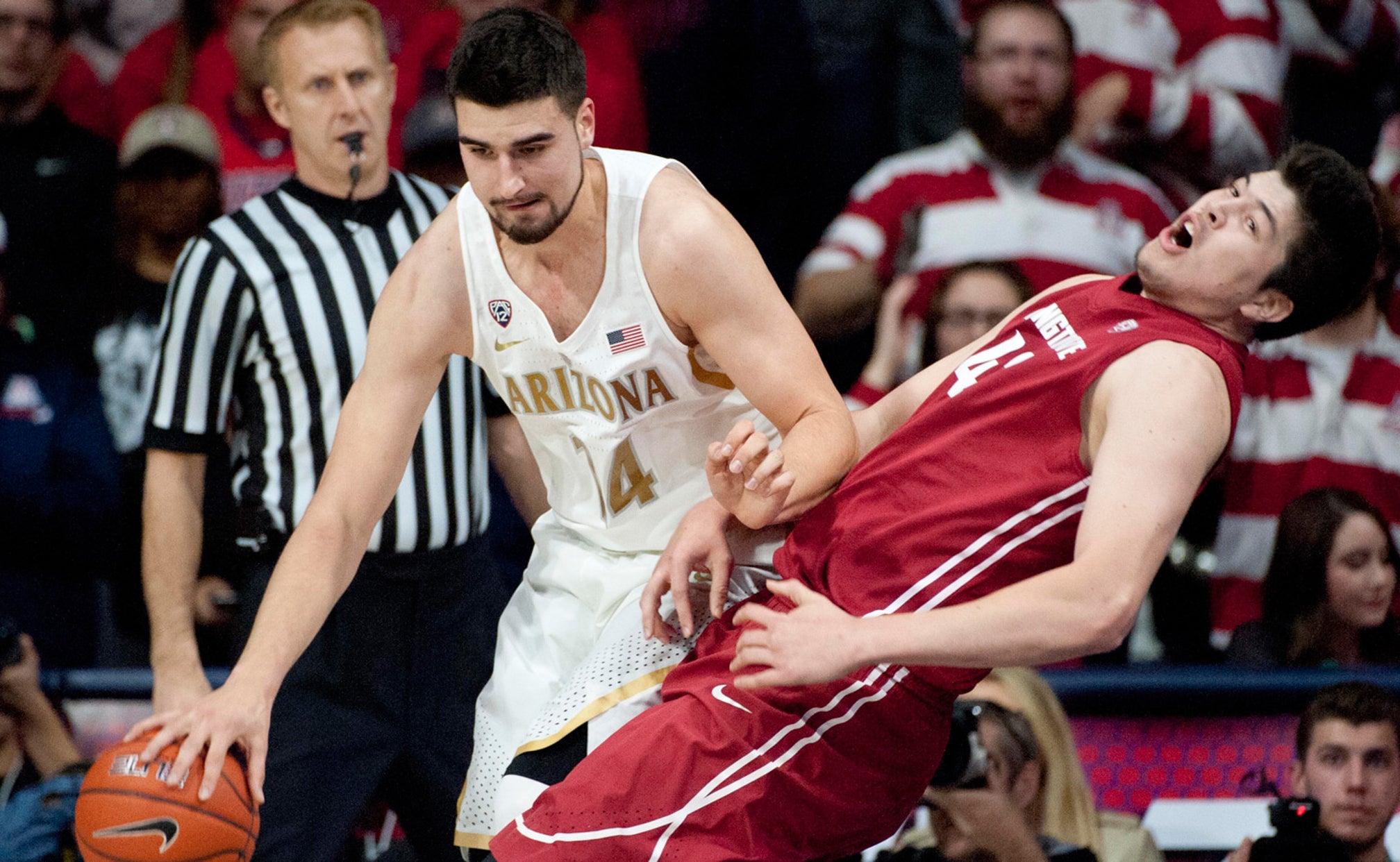 Arizona preparing for more zone defenses as it hits the road 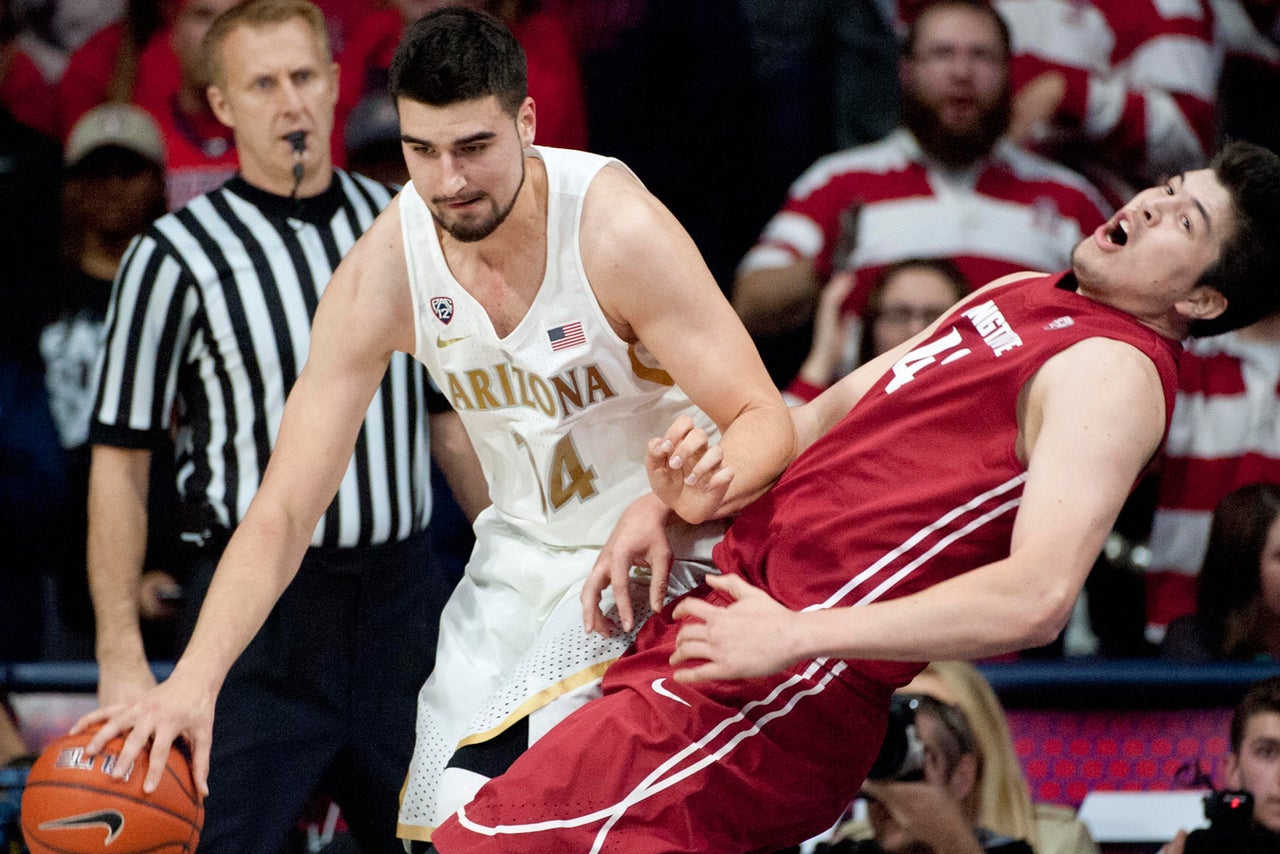 No. 5 Arizona is expecting to see more zone defenses on a Washington road trip that begins Thursday night in Pullman against Washington State.

The Wildcats (23-3, 12-1 Pac-12) have a one-game conference lead over Oregon, but their offensive attack has been slowed recently by a parade of zone defenses, even by teams that don't normally play that style of defense.

Arizona is coming off a closer-than-expected home sweep. The Wildcats beat Stanford 74-67 in a game that was tied with less than two minutes to go, then recorded a 62-57 win over Cal.

"We actually did a very good job of attacking Stanford's zone, and they're two different types. We executed against both of those zones and I think we're really on the upswing to being more comfortable as a team."

Teams will play zone against the Wildcats because of their interior size and athletic wings, trying to force them to shoot jumpers. Arizona isn't known as a high-volume 3-point shooting team, although its 38.5 percent accuracy from behind the arc is second-best in the Pac-12.

With Arizona, defenses have to pick their poison.

Even though the team's two best scorers -- 7-foot freshman Lauri Markkanen and guard Allonzo Trier -- combined for just one made basket and nine total points against Stanford, others picked up the slack.

Markkanen is in the first slump of his career. He has failed to score in double-digits in four consecutive games, dropping his average to 15.2 points per game.

"If he gets good opportunities, he'll score or get fouled," Miller said of Markkanen, who is shooting 47.2 percent from 3-point range (58 of 123) for the season. "It's up to us, and me, and our coaches to give him better opportunities."

Trier scored 17 points in the first meeting against Washington State, which was his second game of the season following a 19-game NCAA suspension. Arizona won that game 79-62, even though the score was tied with under eight minutes to play.

"What this team needs to understand, you're going to get a different Arizona team," said Washington State coach Ernie Kent, whose team is 11-14 overall and 4-9 in the conference.

"It's a different dynamic in this game. We have to be able to contend with it. If we're not there mentally, it's going to be a long night for us."

WSU senior forward Josh Hawkinson averages 15.7 points and 10.1 rebounds, but he had just nine points and five boards in the first meeting against Arizona. Senior post Conor Clifford scored 19 in that game.

The Cougars have lost four in a row, including 81-49 at Colorado on Sunday, when WSU committed 24 turnovers.

Arizona has won 11 in a row in the series, but Miller knows not to take anything for granted.

"We've had a consistent season, no matter how you look at it," he said.

"You would like sometimes to have a little bit more margin at the end of games, but in conference play that doesn't happen a lot, especially when you're the hunted. When you're Arizona, you're going to get opponents' best shots."

Mr. Fourth Quarter
Kedon Slovis has turned into a comeback king this season, earning him 'Playmaker of the Week' honors from Reggie Bush.
6 days ago