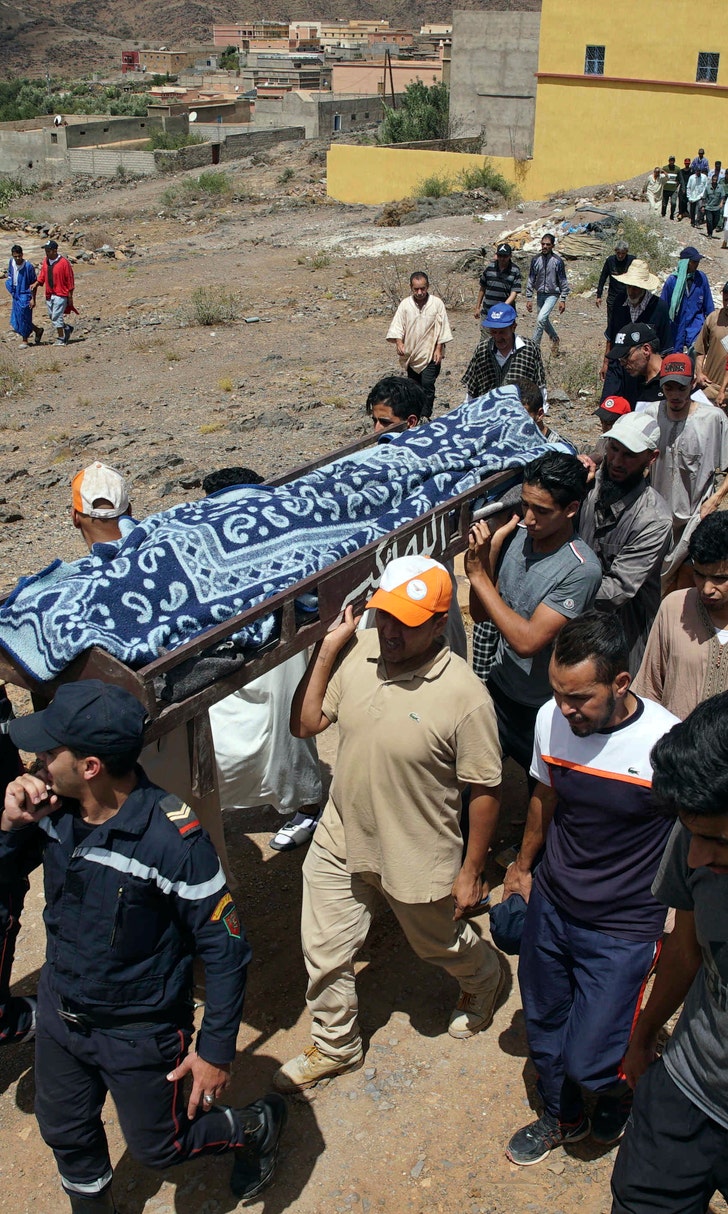 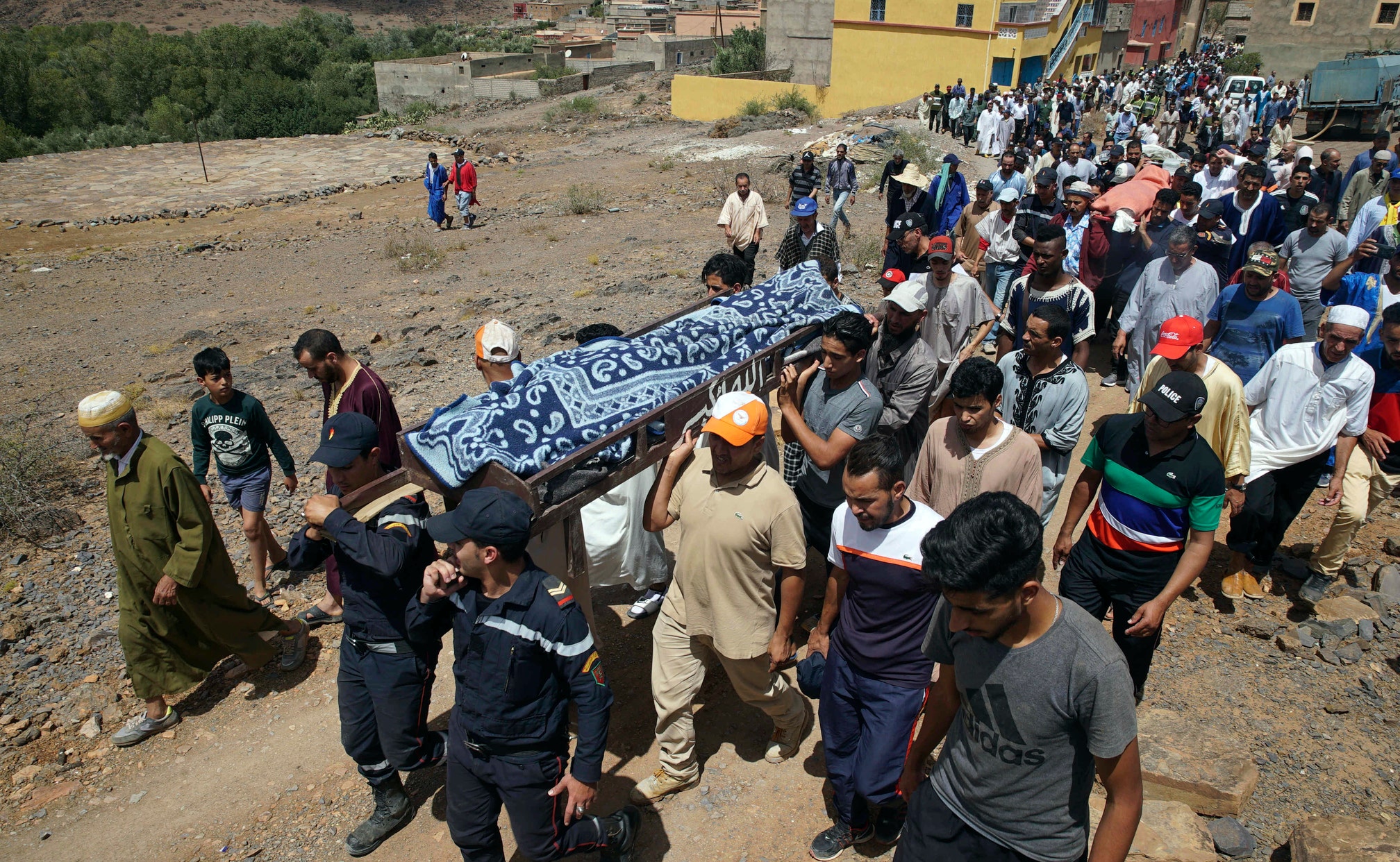 Heavy rainfall caused a nearby river to swell Wednesday, pushing torrents of water over the field in Tizert, in the Taroudant region, where an amateur match was being played.

Spectators scrambled for their lives, some climbing on roofs, but at least seven people died, including a 17-year-old boy, MAP reported. An elderly man was injured.

Government spokesman Mostapha El Khalfi said the dead include one person whose body was still missing. He said the government is set to take flood-control measures to better handle adverse weather conditions. He didn't elaborate.

An official investigation has been opened.

Among the victims was recently married Hanafi Hilali, 35, who was seeking refuge on top of a dressing room but was swept away by the raging waters, his brother Mohamed Hilali told The Associated Press.

The two had become trapped on the field, but Mohammed raced to rescue his son and his cousin, both young children.

"What happened was horrific, shocking. I could not return to rescue my brother," he said in a phone interview, weeping as he recounted the scene.

Ahmad Afif, organizer of the game, described how he was on the roof of the changing rooms alongside a group of dozens of fans when they received phone calls from a nearby village warning them of the flooding river.

"We were actually excited. The river didn't fill up for decades and we wanted to capture it in videos. As we were filming, some of us realized that the river was actually very strong and could lead to damages and so they fled to safety. Those who remained got swept away by it."

Afif was one of those who had fled to a safe space away from the river, but near enough to see those he left behind struggle for their lives.

"We saw our brothers, our sons, our cousins dying. They were screaming at us for help, looking at us in desperation, but we couldn't do anything to help."

Morocco's national weather service had warned of the risks of bad weather in several regions of the country.

Heavy rains in remote regions of the North African kingdom left 15 people dead in July. Their van was buried under 20 meters (65 feet) of earth in a landslide triggered by heavy rainfall on a route south of Marrakech.