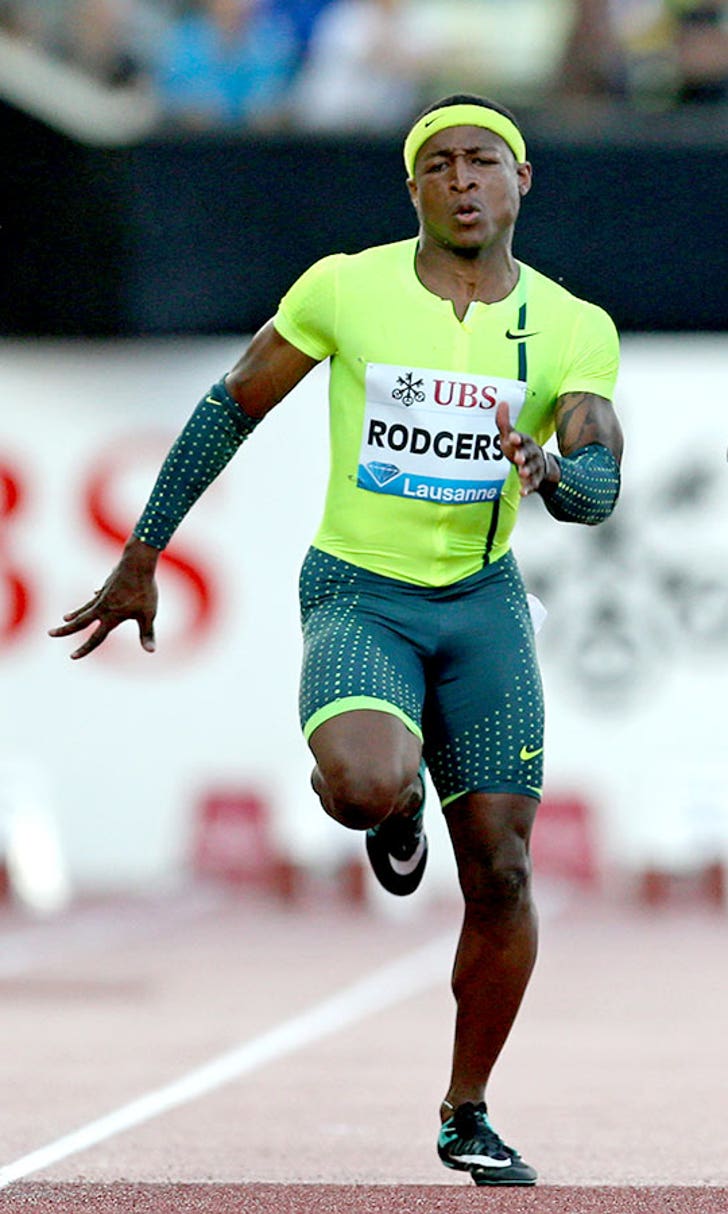 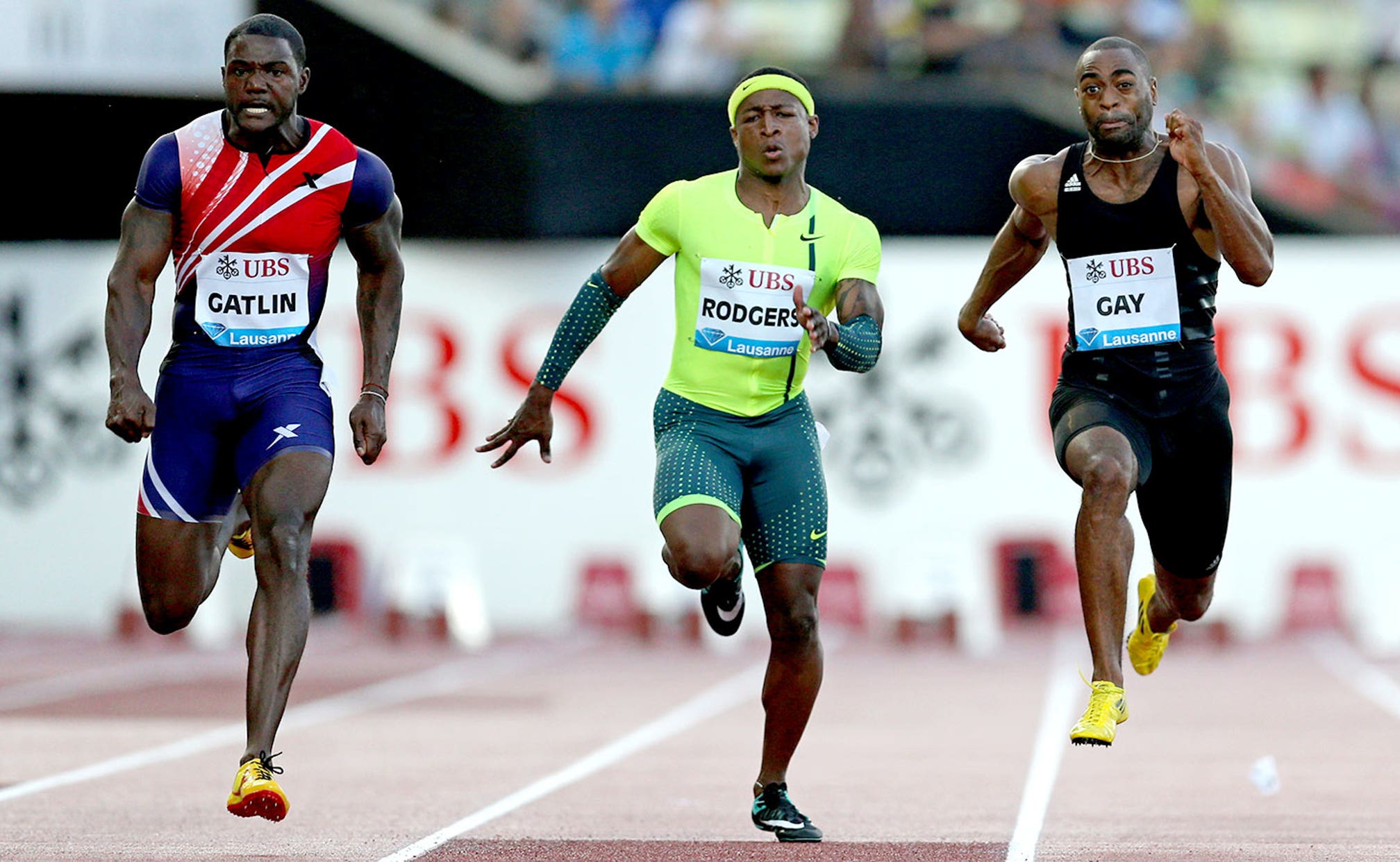 Tyson Gay returns to racing after doping ban, is beaten by Gatlin in 100m 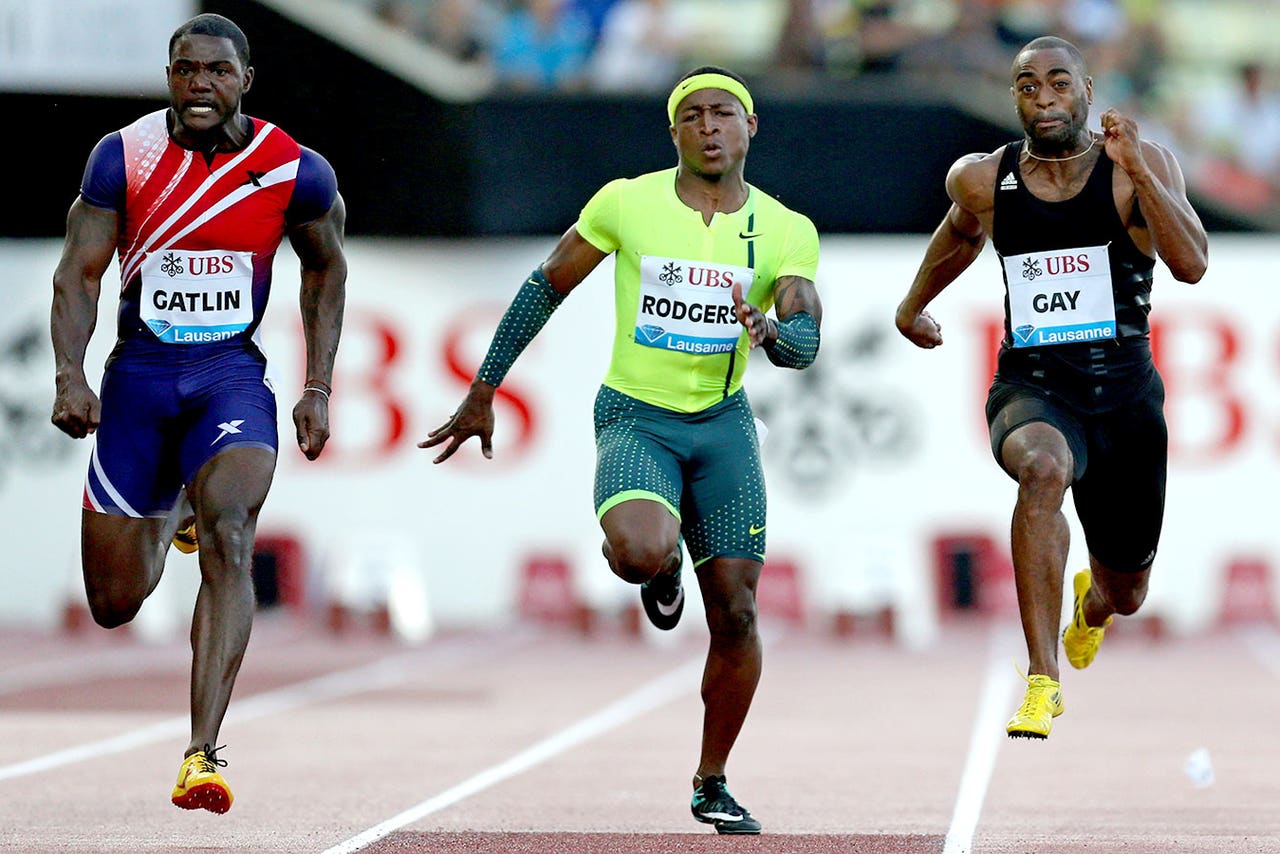 LAUSANNE, Switzerland -- In his return from a one-year doping ban, Tyson Gay finished second to Justin Gatlin, who ran a year-best 9.80 seconds in the 100 meters at the Athletissima on Thursday.

Gatlin got a great start and pulled away after 40 meters.

Gay clocked 9.93 to beat Michael Rodgers. It was a decent performance from Gay, but still far from the level that made him the second fastest sprinter behind Usain Bolt. Gay won the 100 at Athletissima in 9.79 a year ago.

"I'm happy with my time, I've been training all year," Gay said. "It's been tough training. I've been under a lot of stress and stuff like that, but I made it through."

Gay, the 2007 world champion, tested positive last year for an anabolic steroid. He cooperated with the U.S. Anti-Doping Agency's investigation to have his doping suspension reduced to one year.

Also at the Diamond League meeting, Olympic champion Kirani James outpaced LaShawn Merritt in the final straight to post a year-leading time of 43.74 in the 400.

"I wanted to come out and give my best this evening," James said. "LaShawn was strong and he pushed me. I feel I'm in top shape and I'd like to carry this form to the Commonwealth Games."

In the men's 200, Alonso Edward was the surprising winner in 19.84, finishing ahead of Nickel Ashmeade and 2010 European champion Christophe Lemaitre. Yohan Blake, the Olympic runner-up, placed sixth in 20.48, slowly improving after a 2013 season marred by a hamstring injury.

World champion Bogdan Bondarenko and Andriy Protsenko both leaped 2.40 but Bondarenko won the men's high jump by needing one fewer attempt than his rival to clear that mark.

Michelle-Lee Ahye beat worlds runner-up Murielle Ahoure in a photo finish to claim the women's 100 in 10.98.

"Tonight I felt really good and very pleased to have won my first Diamond League event," Ahye said. "The time was good and I'm happy to go under 11 seconds. I know that if I can get the first 20-30 metres right, I can run a good race."

Pascal Martinot-Lagarde made the difference in the last 20 meters to stun world champion David Oliver and European champion Sergey Shubenkov with a time of 13.06 in the 110 hurdles.

In the men's discus, worlds runner-up Piotr Malachoswki edged Jorge Fernandez with a throw of 66.63.