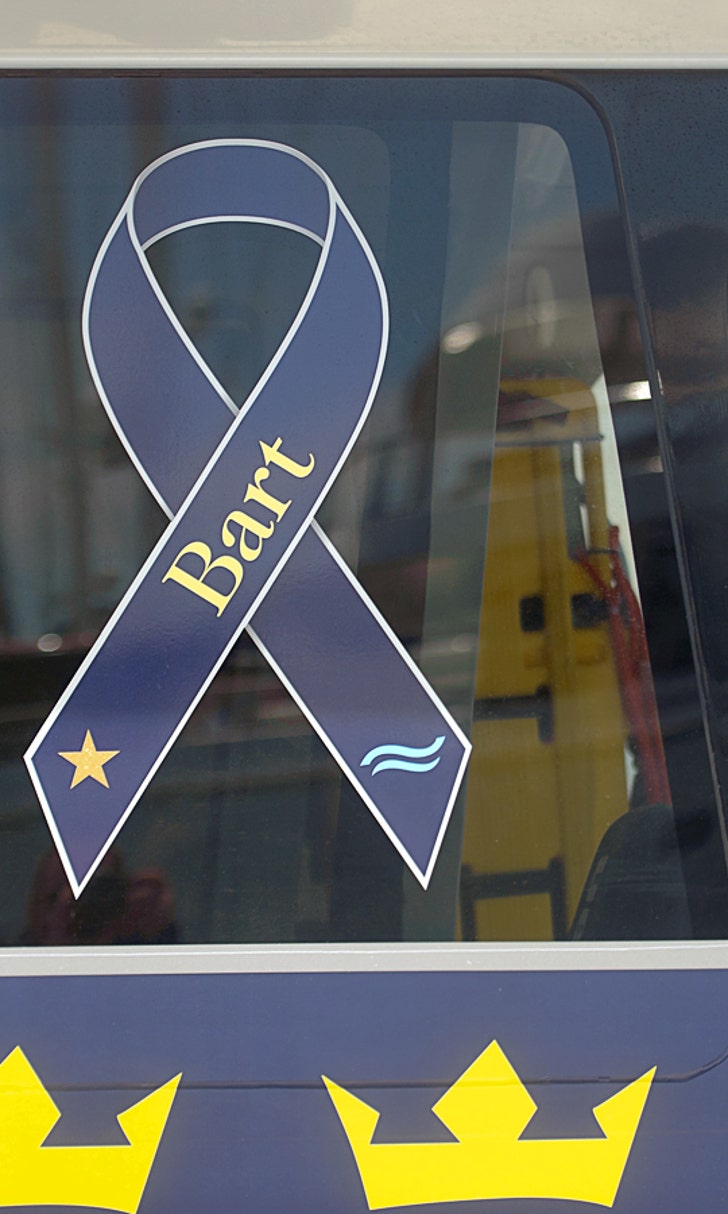 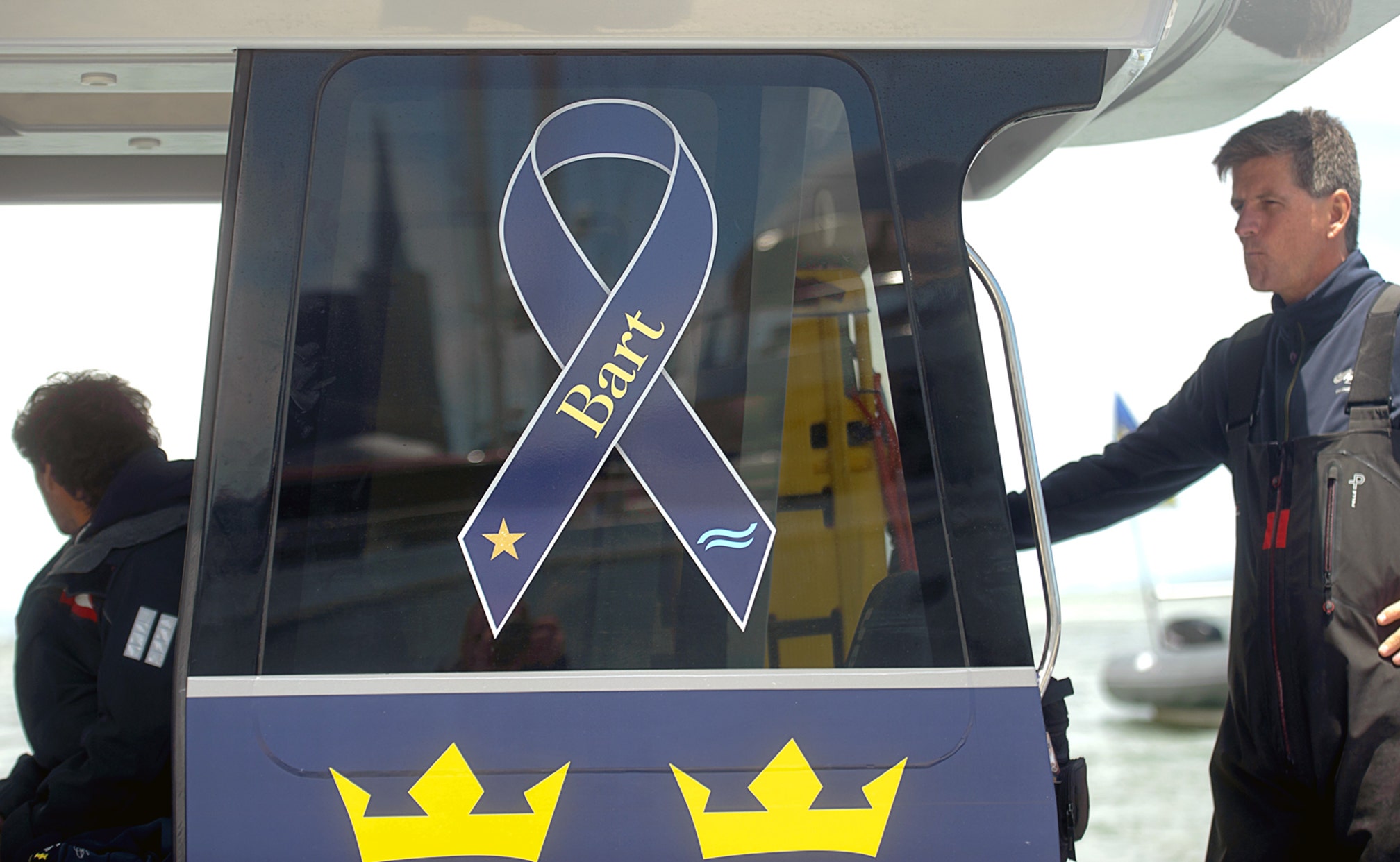 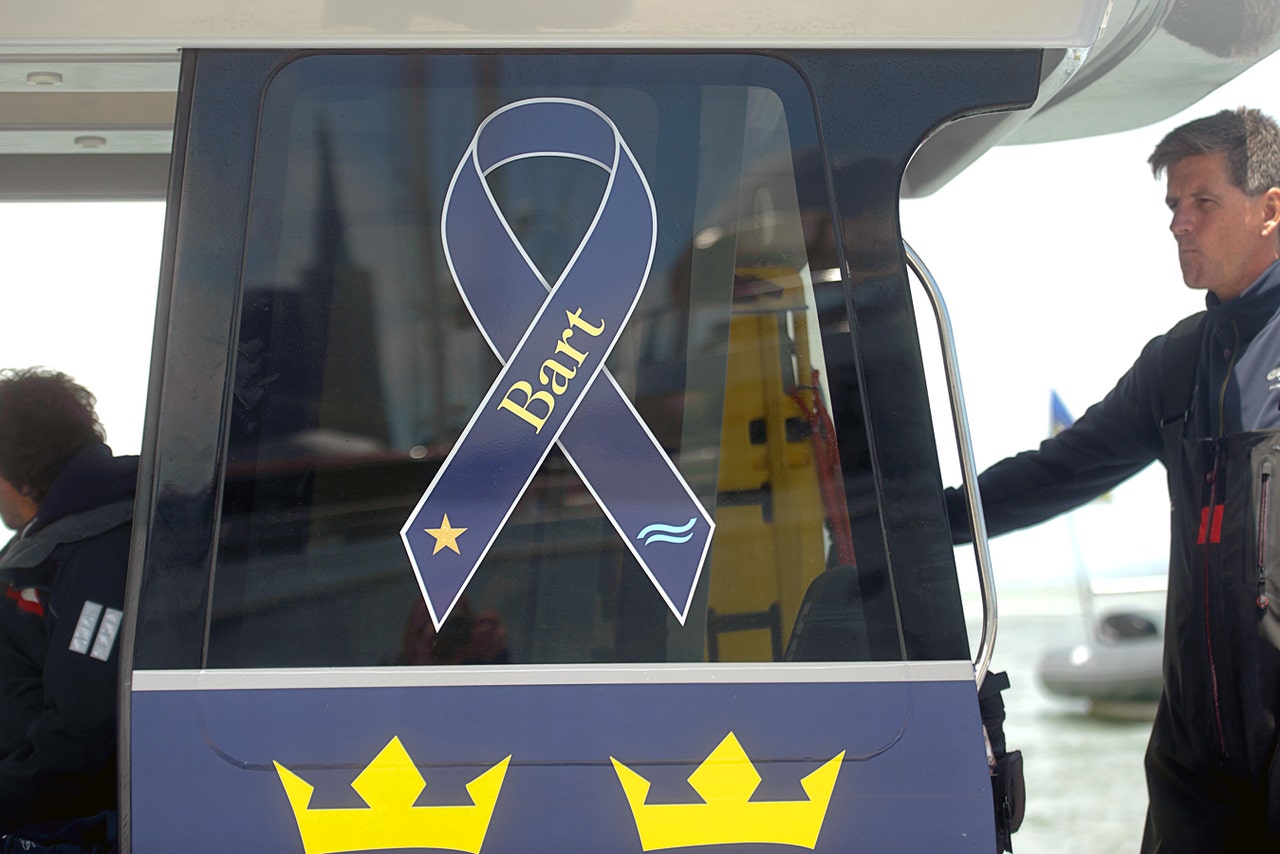 No criminal charges will be filed in the crash of an America's Cup catamaran in May 2013 that killed British Olympic star Andrew "Bart" Simpson, San Francisco police said Tuesday.

Many people associated with sailing's marquee regatta had speculated that the crash was caused by a structural failure, which was confirmed for the first time Tuesday when a copy of the police report was obtained and posted by sailinganarchy.com.

According to the report, Artemis Racing designer Adam May told a police officer after the accident on May 9, 2013, that the 72-foot catamaran had just performed a bear-away maneuver on San Francisco Bay "when the port side hull dug into the water and failed structurally. This hull failure caused the vessel to capsize and come to rest with the platform inverted."

Simpson, a gold and silver Olympic medalist, suffered extensive trauma to his head and neck and drowned after being trapped underwater for about 10 minutes, according to the autopsy report. There were serious cuts and bruises to Simpson's head and neck, and foam inside his crash helmet "was irregularly separated consistent with being crushed," the report said. The cause of death was listed as "blunt trauma with drowning."

"There were no criminal charges in this case. The investigation is closed," Officer Albie Esparza, a San Francisco police department spokesman, said Tuesday.

Esparza said the police investigation report was given only to the parties directly involved in the accident and their attorneys. Esparza added that the report was not made available to the public because it was protected under a state government code that gives police the right not to release it.

"Our office was not presented with any criminal charges related to the case," Alex Bastian, a spokesman for San Francisco District Attorney George Gascon, said Tuesday.

Russell Coutts, the director of the America's Cup Events Authority, said he had no comment because he hadn't seen the police report.

The crash has been cloaked in mystery. Two sailors -- one of whom was steering the boat when it capsized -- clarified comments about it.

Nathan Outteridge later issued a statement saying, "The description of the accident in the Newcastle Herald while quoting my father is not correct and does not reflect the facts. Unfortunately it has been relayed by other media. Right now, we are all still mourning and working to understand what happened."

Late last month, former Artemis skipper Terry Hutchinson backed down from his contention that the syndicate was sailing an unsafe boat.

In an interview with Maxim magazine posted online earlier in August, Hutchinson was quoted as saying that he "had a massive falling out with the owner of the team and the CEO about the safety of our yacht so they decided to terminate me. Ten weeks after my argument with the owner about the safety of the Artemis boat, the boat capsized in the San Francisco bay and one of the sailors was killed. It was a known thing that the boat was not safe. It was a tragedy. The guy that was killed was a good person and a father."

On Aug. 29, Hutchinson said on his Facebook page that the Maxim interview "included some untrue statements and inaccurate remarks I made about Artemis Racing."

Hutchinson said in an email to The Associated Press that he wasn't going to comment further on why he recanted his earlier statement.

Artemis had technical problems before the capsize. In the fall of 2012, the syndicate said the front beam of the catamaran was damaged during structural tests, delaying the boat's christening.

The police report noted that "America's Cup race boats present cutting edge technology and are designed to operate with little margin for error. Vessels that are designed and operated as race boats do not have many of the safety features that would normally be associated with recreational vessels and or commercial vessels."