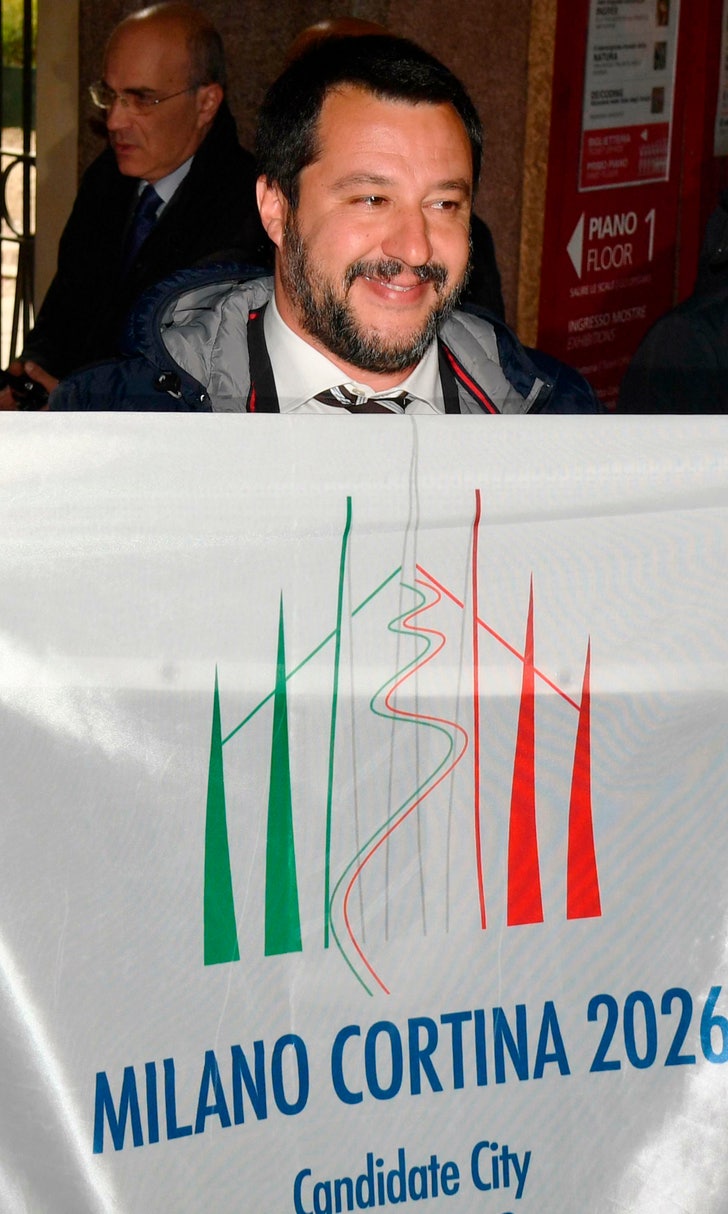 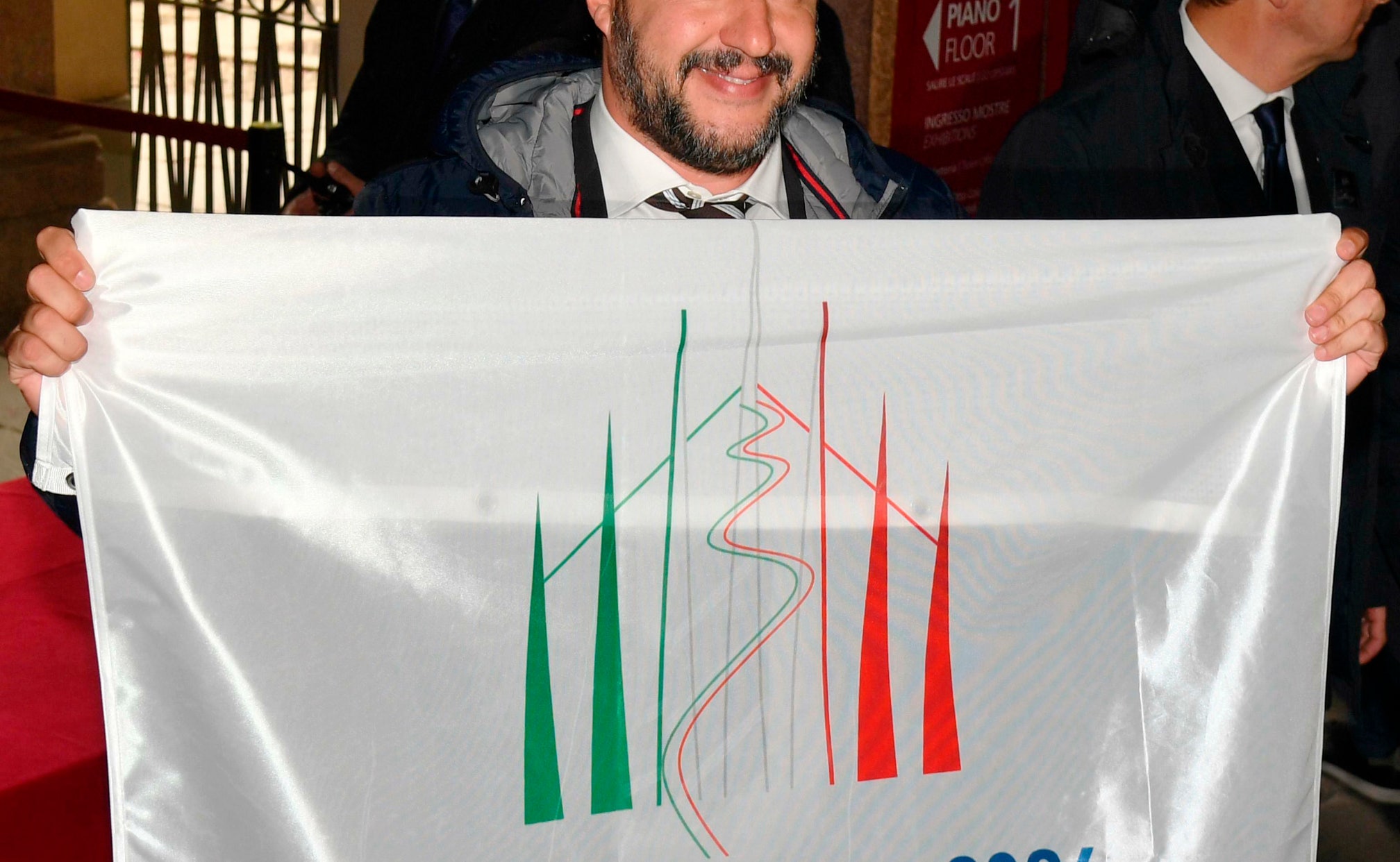 ROME (AP) — The Milan-Cortina d'Ampezzo bid for the 2026 Winter Olympics received a boost Friday by a key letter of financial support from the Italian government.

The letter was signed by Italian Premier Giuseppe Conte and handed to Octavian Morariu, the chair of the IOC's evaluation commission, which is concluding a weeklong inspection of the bid sites.

The letter from Conte promises that the government would provide security for the games, handle anti-doping expenditures and coordinate visas for visiting athletes, officials and fans.

In another showing of the government's support, Interior Minister Matteo Salvini met with IOC inspectors in Milan on Friday.

"Absolutely," Salvini said when asked if the government would provide funding for the games. "It's a guarantee to cover all the security expenses, which depend personally on me.

"I hope everything necessary is covered," added Salvini, who was wearing a jacket featuring the logo of the Milan-Cortina bid.

Meanwhile, questions remain over the Swedish government's support of the Stockholm-Are bid, the only other remaining candidate for 2026.

The IOC will vote on the 2026 host on June 24 in Lausanne, Switzerland.

The bid proposes to hold figure skating, hockey and short-track speedskating in Milan; sliding sports and curling in 1956 host Cortina; and speedskating, biathlon and Nordic sports in Trentino-Alto Adige.

Alpine skiing would be divided between Bormio (men) and Cortina (women), and only one venue would need to be built from scratch — an arena in Milan.

The opening ceremony would be at the 80,000-seat San Siro in Milan, with the closing at Verona Arena, a large Roman amphitheater.

While AC Milan and Inter Milan are considering building a new stadium to replace the San Siro, bid leaders have assured that the opening ceremony will take place either at the San Siro or a new stadium.

"It's not a problem. Whatever choice is made works for us and the IOC," said Giovanni Malago, the president of the Italian Olympic Committee.

Milan-Cortina plans for a budget of 1.5 billion euros ($1.7 billion), far less than the $51 billion Russia spent on the 2014 Sochi Olympics.

Much of the local funding would be organized by the governments of Lombardy and Veneto — two of Italy's richest regions.

Italy is anxious to bring a bid through the entire process after two Rome candidacies were withdrawn.