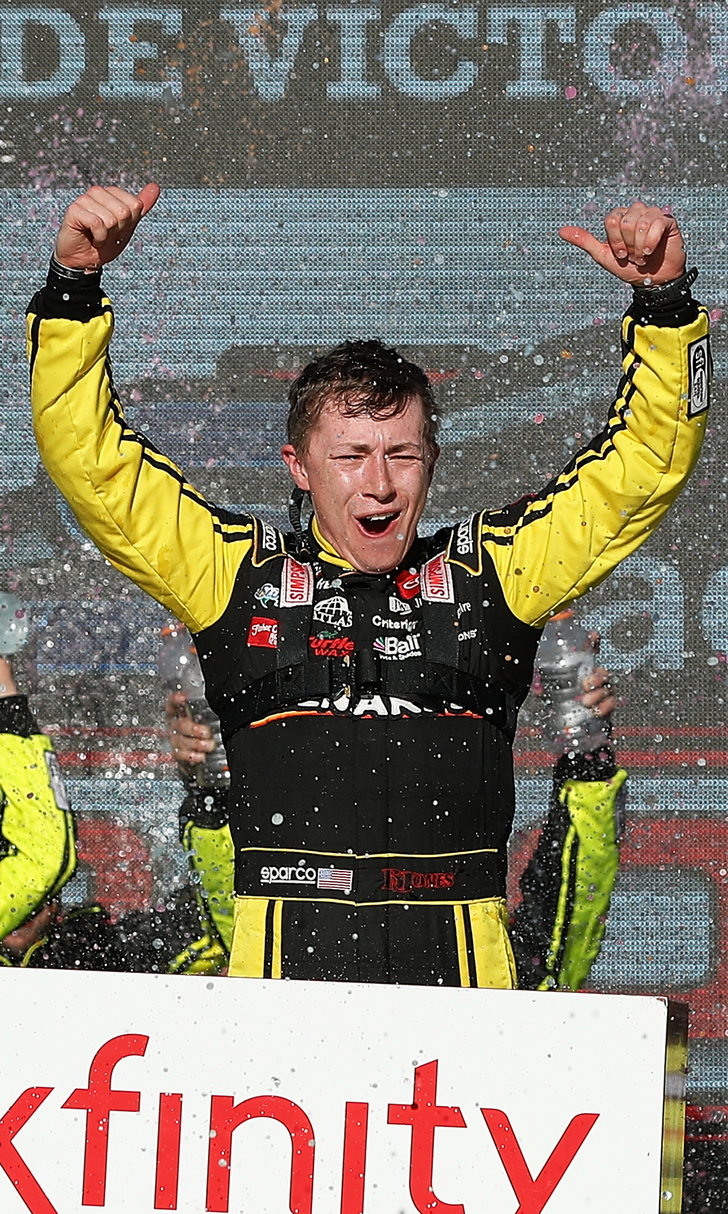 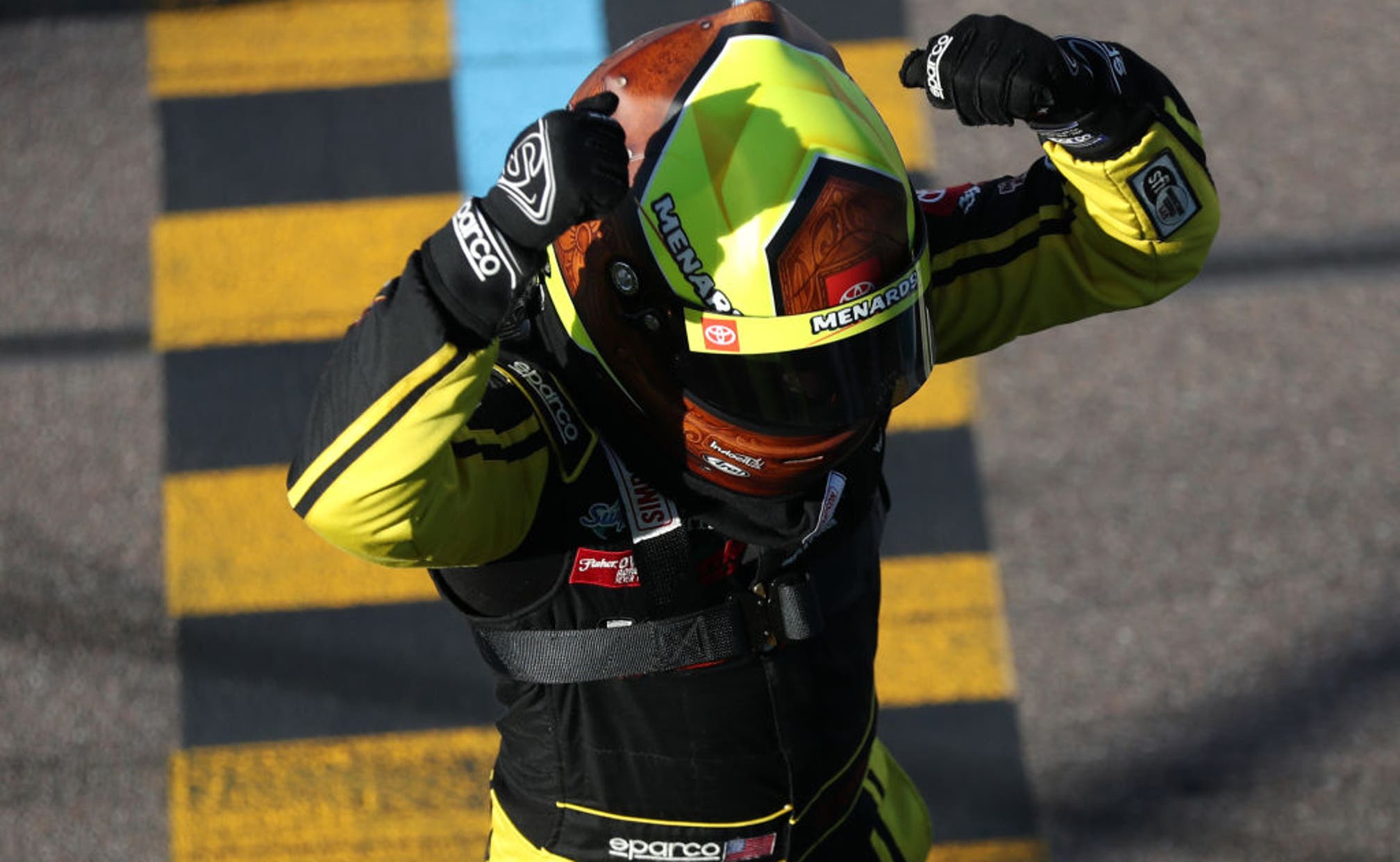 previous story
The King Cares
next story
At the Buzzer

AVONDALE, Ariz. – Brandon Jones earned his second career NASCAR Xfinity Series win, but the one Saturday afternoon at Phoenix Raceway had to feel a little different than last October at Kansas Speedway.

Yes, any win is a good win and a big win. But when NASCAR Cup Series drivers Kyle Busch and Brad Keselowski are in the field, the accomplishment, at least from the outside, appears bigger.

It did from the inside, too.

“These are two of arguably the best in the business,” the 23-year-old Jones said. “We just had a car to beat them today.”

“This was a big day. We pulled away from the field by a good bit.”

Passing Busch is not exactly something that Jones just does without knowing that Busch has two Cup titles to his name.

“For whatever reason, it’s just the title behind his name, my heart started pounding out of my chest, it really did,” Jones said.

“I looked at it, and I was like, ‘You know what? He’s no different than any of us right now and we’ve got a better car and we’re proving it.’ I calmed myself down.”

Jones’ victory at Kansas likely gave him confidence on the way to the win Saturday. He was 0-for-133 in the series until then and has had to fight criticism of his worthiness for a seat in the series, as his father’s being a chief executive at Rheem has helped facilitate funding for some of the best equipment in the series.

“My stats were obvious,” Jones said. “I’ve been in the series for a while now. Up until Kansas, it’s been a lot of up and just could never close the final laps in a bunch of races.

“So to finally see it could come together and win a race, that added a lot of hope coming into this year.”

Now he has some results to go along with that hope in a season where JGR doesn’t have a driver that many people would point to as a championship favorite. Now both of its young drivers – Burton, who won last week at Fontana, and Jones both have wins.

Jones is the oldest of the young JGR drivers and is considered a leader of the team, and whether he ends up becoming a championship contender likely will require more wins and more consistency. It would be a big leap after four seasons where he finished 10th, 16th, 9th and 10th in the standings, respectively.

But in order to take a leap, he needs a running start. And it appears he is making progress.

“I’m looking to many more here,” Jones said after the win. “I came into this race thinking Phoenix is maybe not my best track and we win the race.

“I have a lot better tracks on the schedule and it’s going to look pretty good for us.” Return to Form
Chip Ganassi Racing's need for a driver has opened the door for one NASCAR great to make his return to the racetrack.
April 27 Next Year for NextGen

Next Year for NextGen
NASCAR's postponement of the NextGen car to 2022 will have a ripple effect through the sport, as many teams disagreed with the move.
April 6 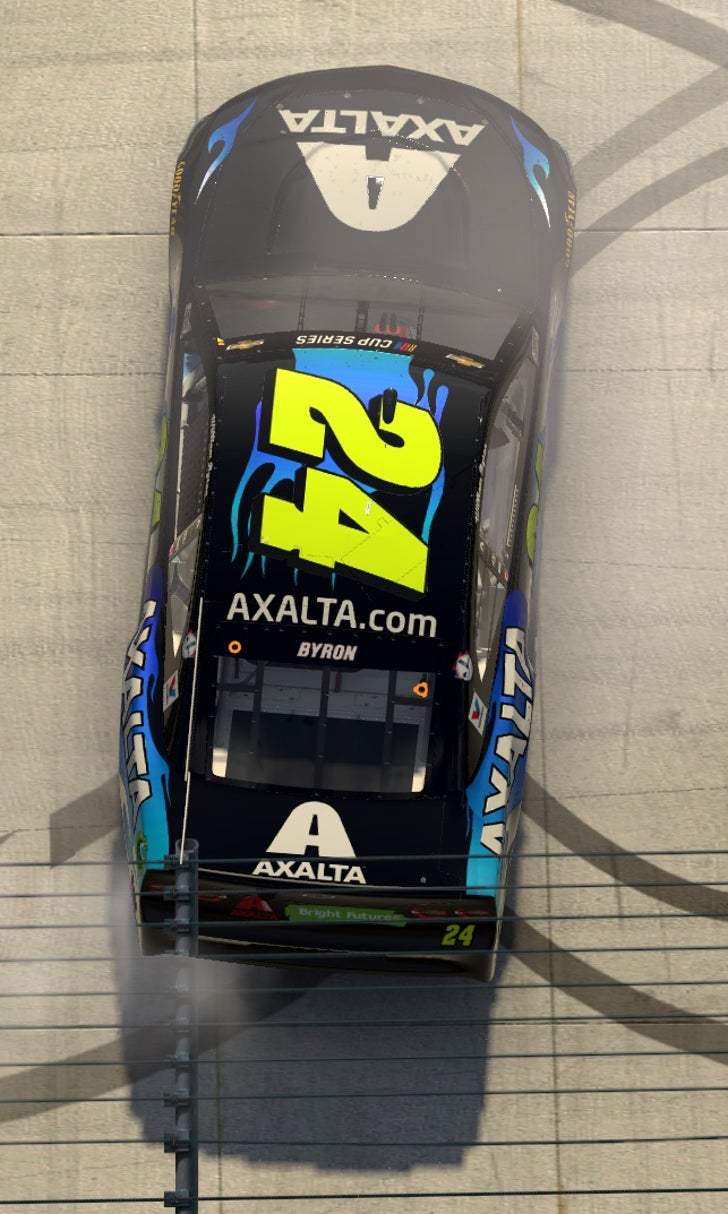 Crash Course
The virtual version of Bristol Motor Speedway proved just as tough as the real thing, as William Byron finally got an iRacing win.
April 5 You're Kidding Me
A day after April Fools' Day, we bring you 10 shocking NASCAR stories, including Carl Edwards' retirement and Bill Elliott's return race.
April 2 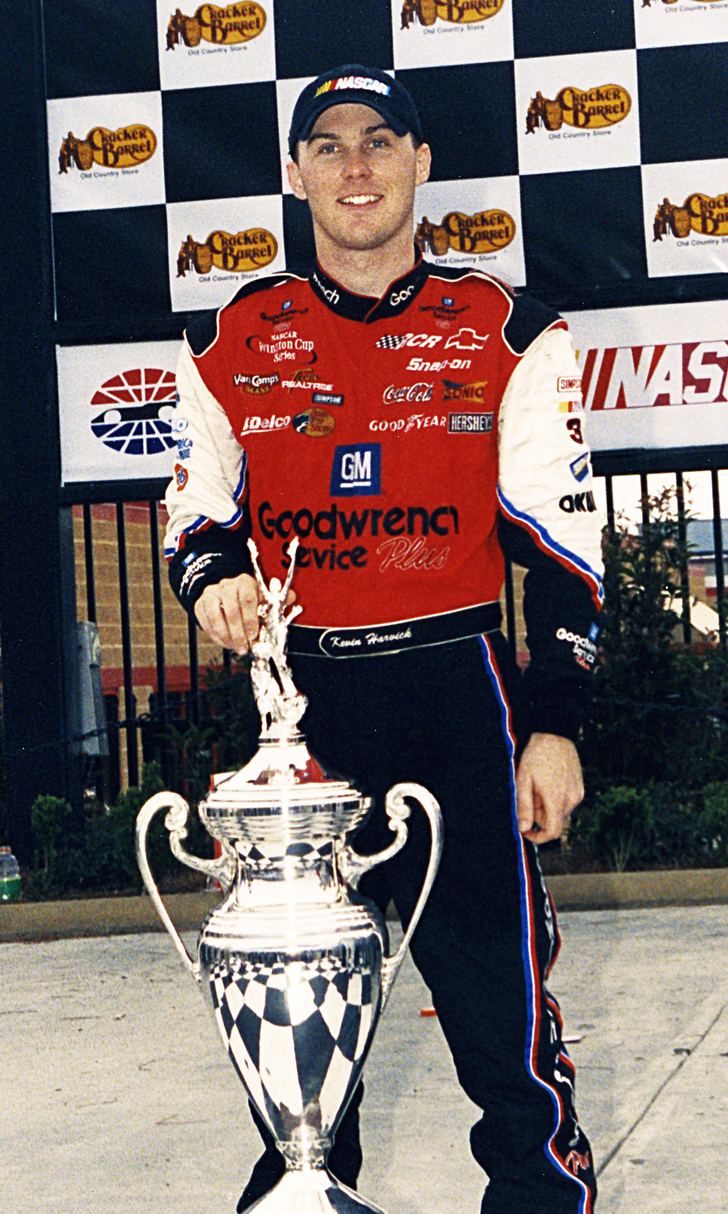 Welcome to Atlanta
Stepping in for Richard Childress Racing, Kevin Harvick stole the show late at the 2001 Cracker Barrel Old Country Store 500.
March 28
those were the latest stories
Want to see more?
View All Stories
Fox Sports™ and © 2020 Fox Media LLC and Fox Sports Interactive Media, LLC. All rights reserved. Use of this website (including any and all parts and components) constitutes your acceptance of these Terms of Use and Updated Privacy Policy. Advertising Choices. Do Not Sell my Personal Info