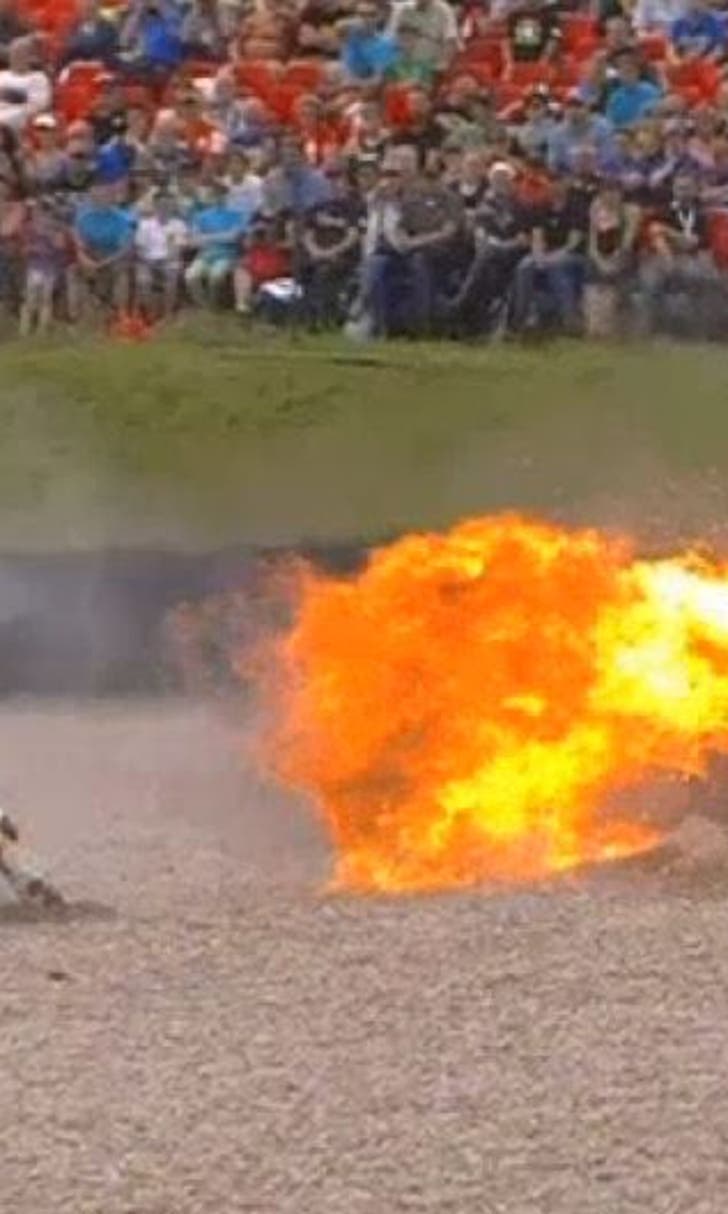 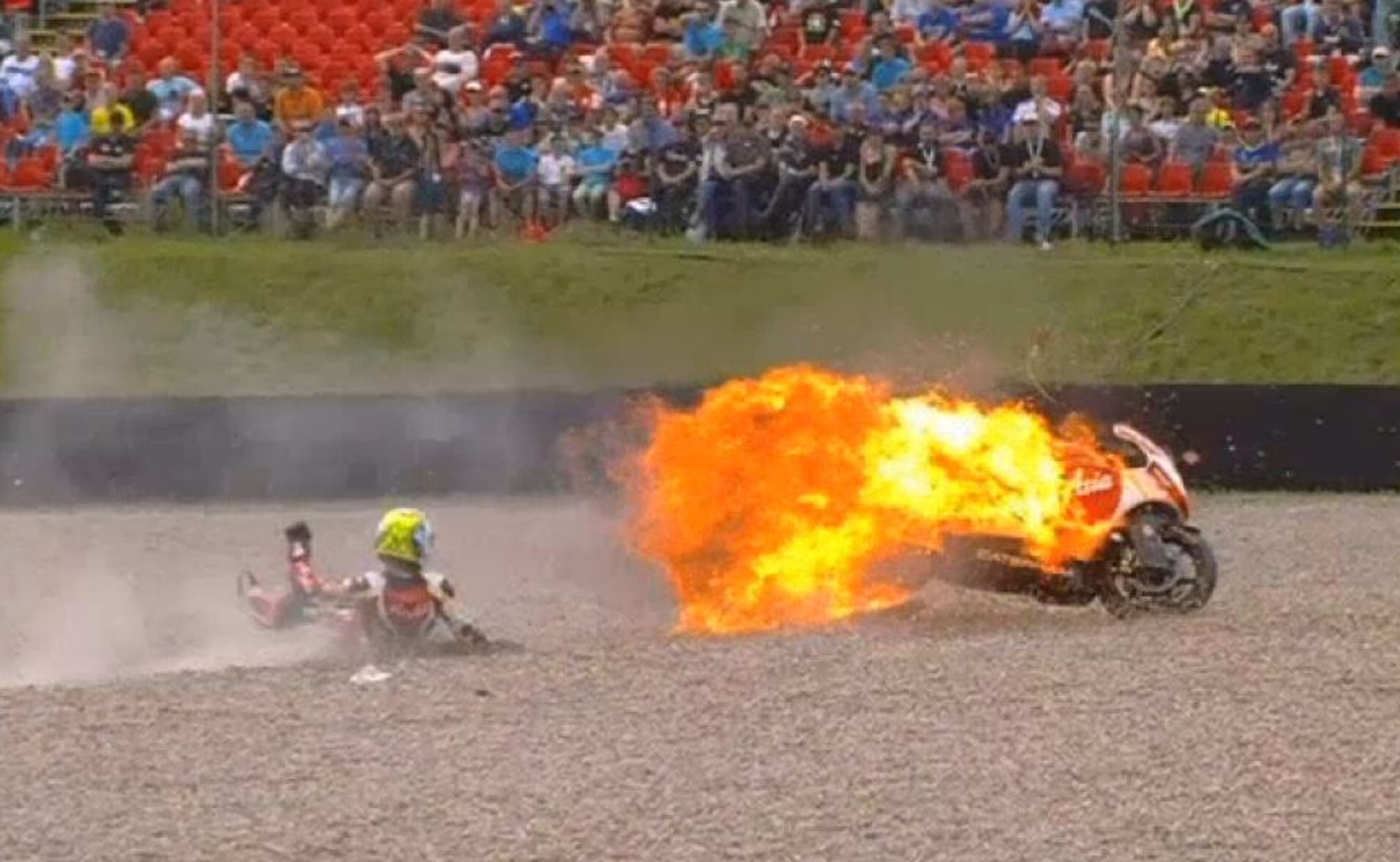 Caterham's debut Moto2 season went from bad to worse on Sunday as both of their riders failed to finish the 29-lap German Grand Prix at the Sachsenring Circuit.

American Josh Herrin pulled into pit lane at the halfway mark due to an ailing wrist, and just a few laps later teammate Johann Zarco crashed out in spectacular fashion.

While battling for sixth position with 14 laps to go, Zarco went down and slid into the gravel trap. Not only did the crash bring an end to Zarco's race, but it also caused extreme damage to the Caterham machine as it erupted in flames just moments later. Thankfully, Zarco escaped without injury.