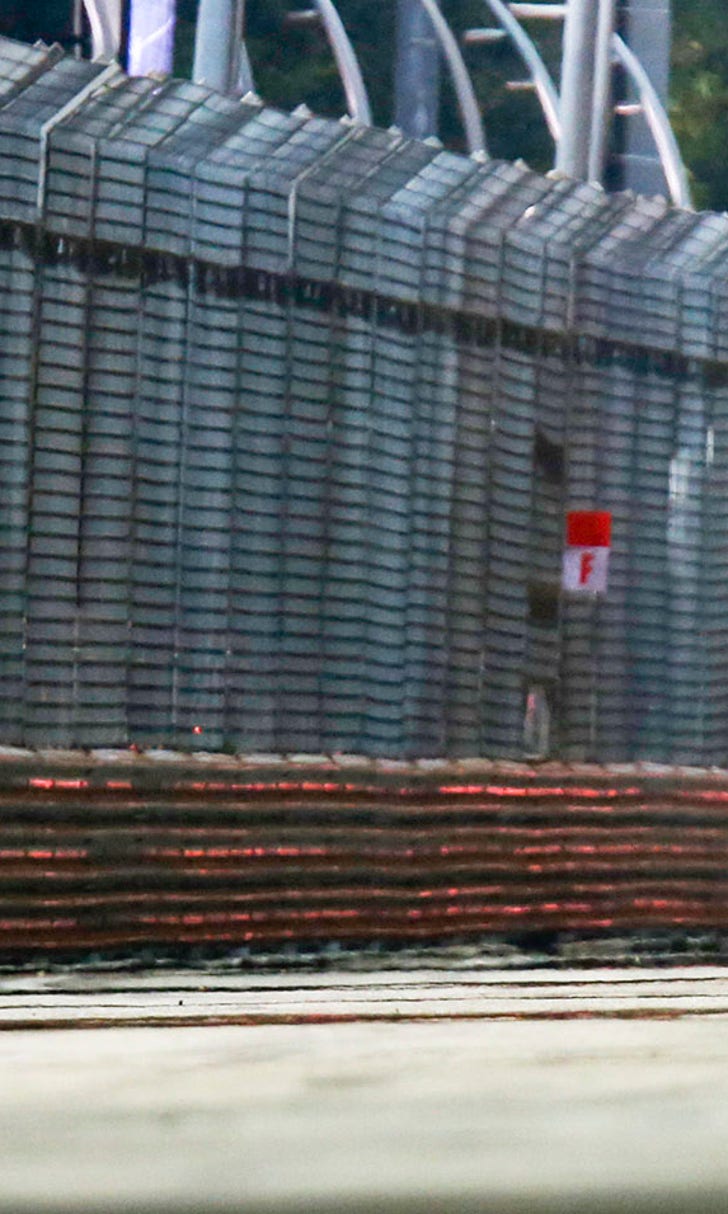 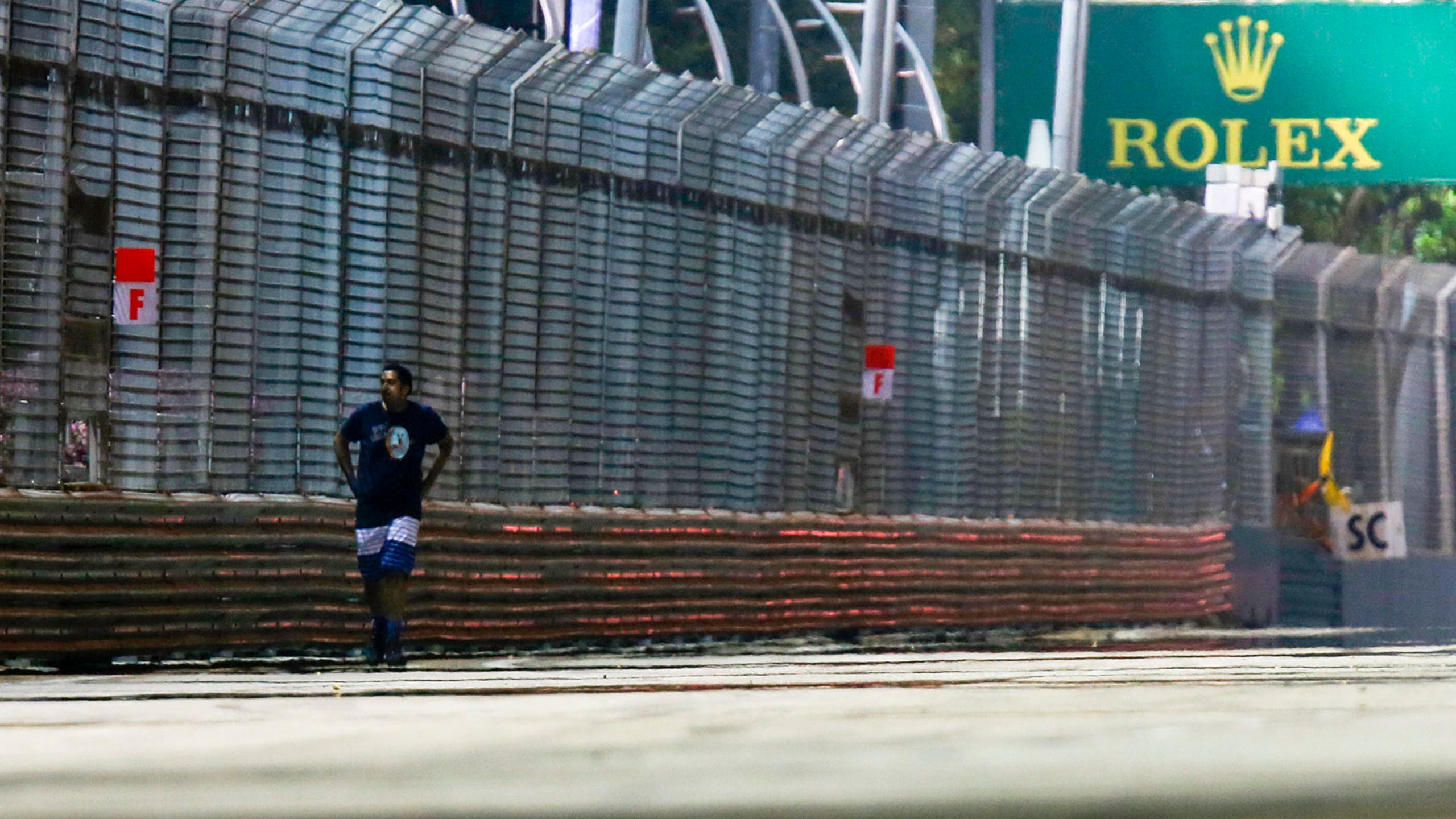 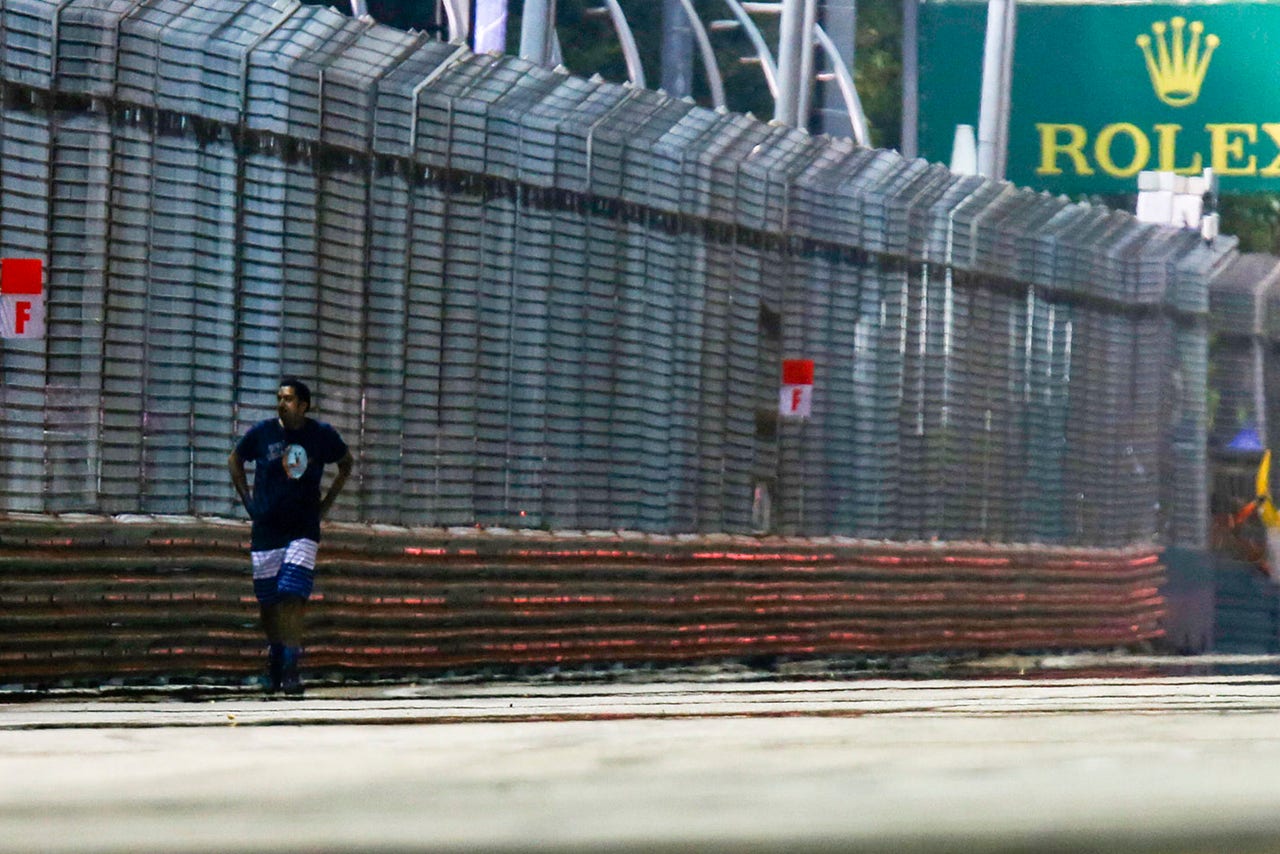 SINGAPORE -- A British national who walked onto the track while cars were hurtling toward him at about 175 mph during Formula One's Singapore night race was sentenced to six weeks in jail on Tuesday.

Yogvitam Pravin Dhokia, 27, pleaded guilty to committing a rash act that endangered the personal safety of F1 drivers on Sept. 20. He was arrested soon after the intrusion.

It is the first case of track intrusion in Singapore, which has held highly-anticipated F1 night races since 2008 and has a reputation for being tough on visitors and citizens alike who break the law.

Closed-circuit television footage showed Dhokia squeezing his way through a gap in the Marina Bay circuit's metal fencing, clad in a T-shirt and shorts. He was seen casually strolling against the flow of traffic for a short distance, before climbing over a trackside barrier to safety.

In sentencing Dhokia, District Judge Chay Yuen Fatt took into account a second charge of criminal trespass that stated he entered the racetrack with an intent to cause annoyance. The six-week sentence was backdated to Oct. 16 as he had voluntarily spent a period in remand.

On Lap 37, eventual race winner Sebastian Vettel was first to raise the alarm over Ferrari's team radio. ''There's a man on the track! Man on the track!'' Vettel screamed, and a safety car was deployed. Dhokia climbed over a barrier was helped to safety by two marshals a few moments later.

Vettel told reporters after the race that the fan's actions were "pretty crazy."

"I had to look again because I wasn't sure whether I had a problem with my eyesight," Vettel said. "I think I saw him taking a picture. I hope it was a good one at least, I hope it was in focus."

Red Bull driver Daniel Ricciardo, who was runner-up in the race, said the emergence of the safety car at that point affected his winning chances. "I was tempted to swerve, clip him," Ricciardo told reporters.