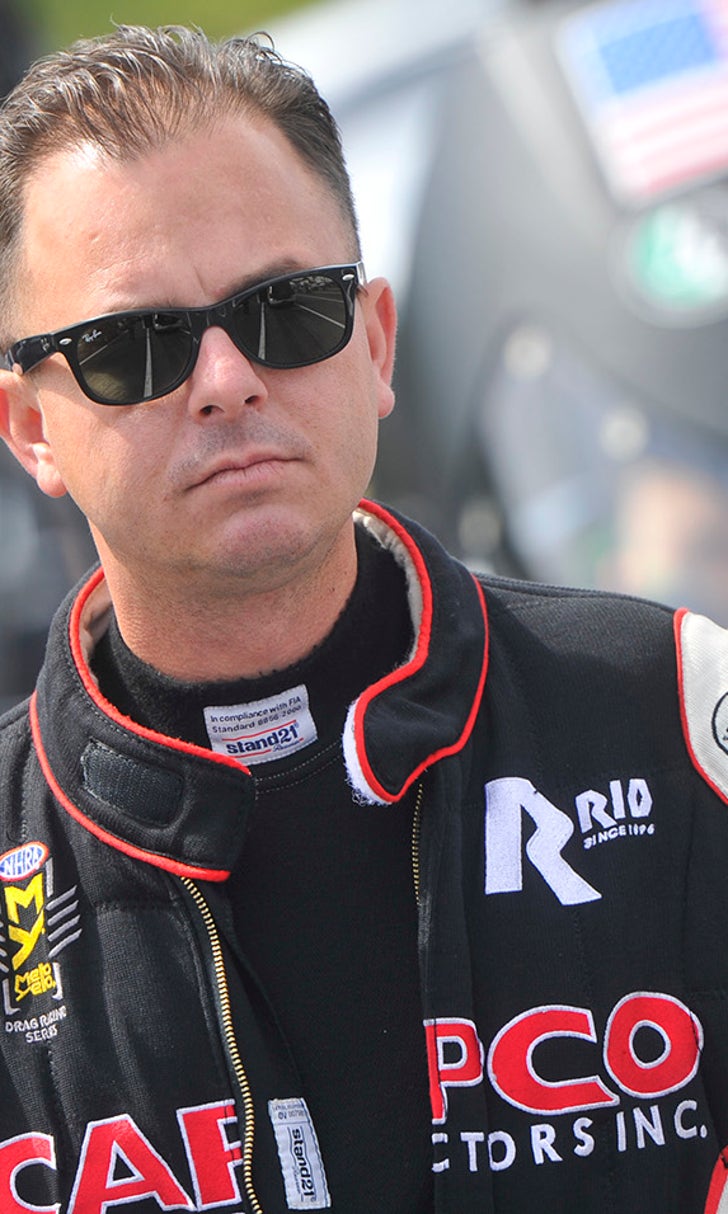 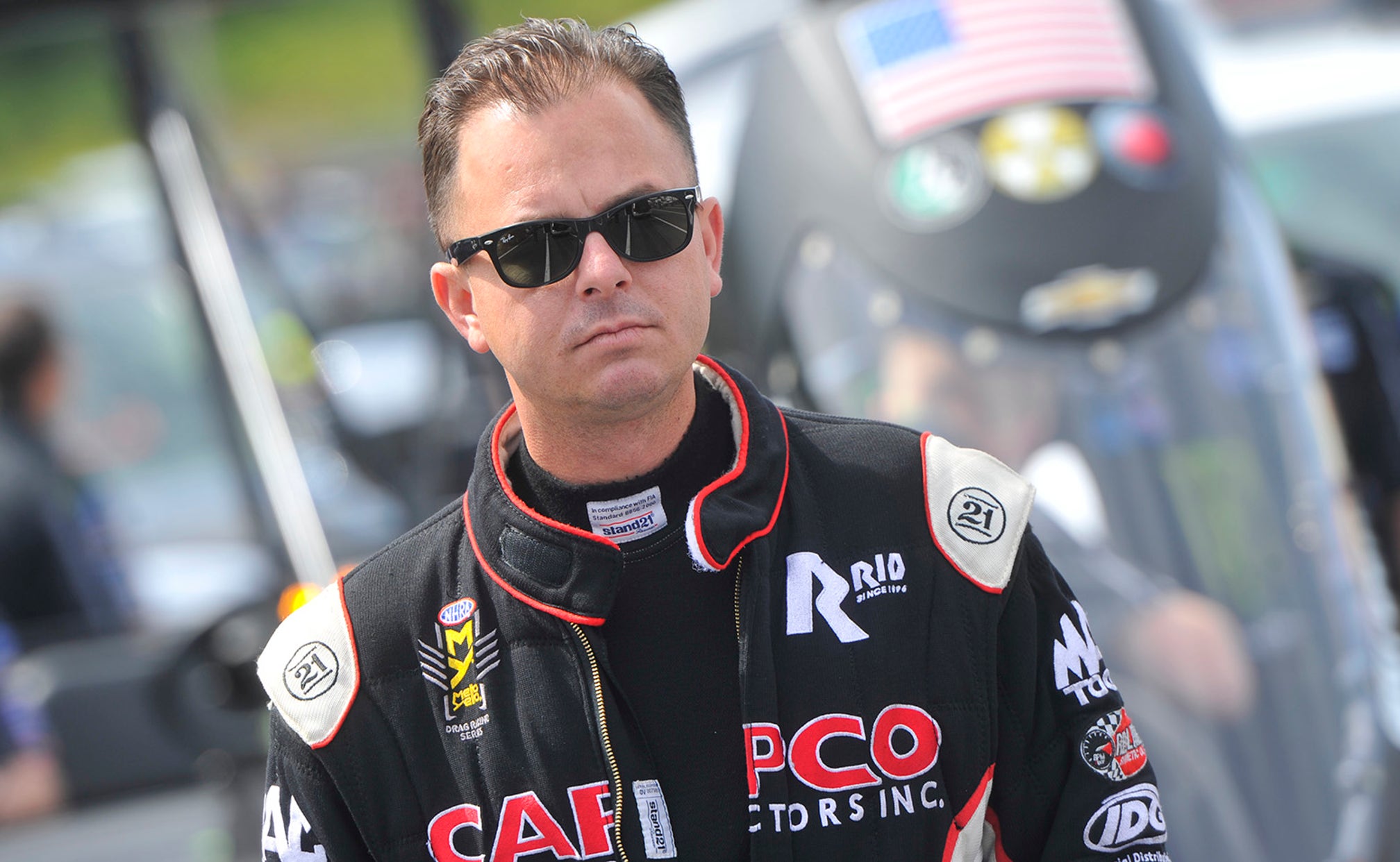 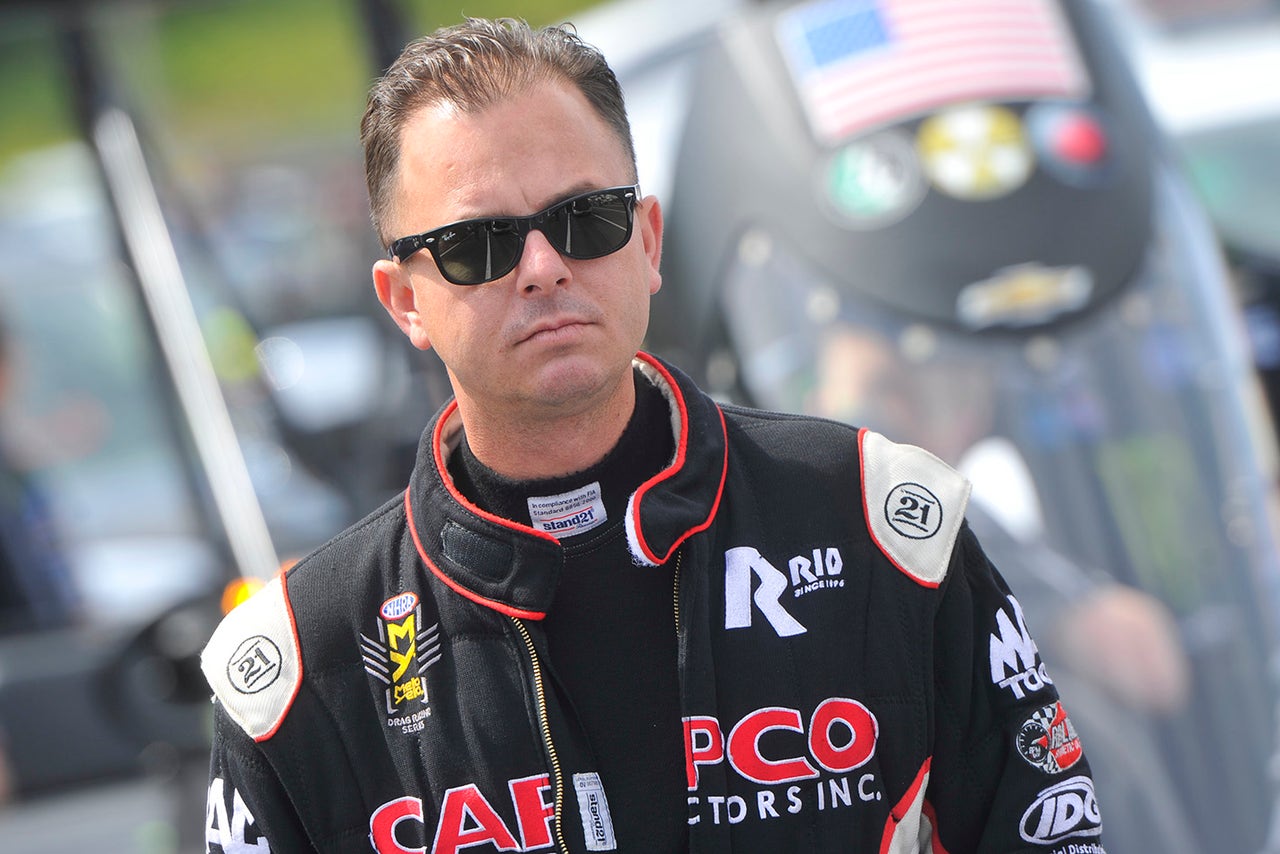 Steve Torrence celebrated his 34th birthday on Monday, April 17 and, for the Kilgore, Texas-based Top Fuel driver, his present arrived a year earlier.

Torrence was one of the hottest drivers in the NHRA Mello Yello Drag Racing Series in 2016, scoring three wins in eight final round finishes.

Torrence, also a past NHRA Lucas Oil Top Alcohol Dragsters, admits such a season was beyond his wildest dreams.

"You never really think about having that kind of a season without it just becoming wishful thinking," Torrence said. "We had a really good season. We set the bar pretty high for us this year."

Fast forward to this season, Torrence heads into this weekend's NHRA Springnationals outside of Houston, only sixth in the championship point standings.

Torrence, who at this point last year had a win and two No. 1 qualifiers, knew 2016 was going to be a major accomplishment to improve on.

"It really just kind of gives you a little more drive and incentive to go out and set the bar higher because you have to build off of the mistakes that you made to be able to continue to move on," Torrence explained. "That’s what we’re trying to do. We found ourselves last year, and in seasons before, we’ve come out and run really strong at the first of the season or in the middle of the season but never really been able to finish it off. We’d kind of lose our momentum before the Countdown or right at the start of the countdown.

"Last year we lost that momentum, but we picked it back up. With the races we had left, we were able to salvage it. We were a really strong car all year and then when we did struggle it was right before the first couple of races going into the Countdown."

If Torrence appears to be struggling, it's all by design, kinda sorta.

"Our plan this year is to do some testing," Torrence admitted. "[We are] trying to make sure that we’ve got every bit of information that we need to go out and run well when the Countdown comes around. These races right now, they’re not as important as those final six."

Torrence learned a valuable lesson in Countdown etiquette, peak at the optimum time and reap the rewards. Miss the right time, and kiss your championship hopes goodbye.

"We honestly peaked a bit too early," Torrence said. "We came out, and we did well in Dallas and well in Vegas. We didn’t even struggle in Pomona. We ran really well and had a mistake that ultimately cost us a points position at the Finals.

"Maybe we didn’t peak too early, but we struggled in a couple of races that we shouldn’t have. We’re just trying to do what we can."

The challenge for qualifying for the Countdown might not be as much of a challenge as it has been in seasons gone by as there's as few as 10 full-time touring teams on tour, as of now.

For Torrence, an admitted performance driven competitor, pacing himself is not his preferred approached to drag racing.

"That’s a tough pill to swallow because I’m very competitive and when you go out and say, 'OK, we’re going to sacrifice this run of qualifying, and we’re going to see what it does.

"That’s not at all what you want to do or what I want to do because I want to go out and run low E.T. every round. When you get out of that mindset it’s not distracting; it’s just a little frustrating because you know, we could have run quicker than we did and picked up a position or some qualifying points and instead we’re trying something that could be useful to us later in the year.

"Ultimately, it’s not fun, but it’s a necessary evil to do and to be able to just acquire more data and to go out and race those cars that are outrunning us right now, and we need to outrun them at the end of the year."

Torrence's dragster is sponsored by Capco Contractors, the family-run business, so he understands a team which is self-funded can still have the best parts and pieces but conserving those assets can be a challenge up against the larger corporate-funded entities he faces 24 times each season.

"That’s one of the reasons that we do that is so that you can kind of save some expense and not go out and test on Monday and make laps that are not absolutely necessary," Torrence said. "If you can learn on race day conditions or real live conditions that are more applicable than staying on a Monday or Tuesday testing."

Torrence's tuner is Richard Hogan, a successful crew chief whose roots can be traced back to the Alan Johnson tuning tree of successful individuals. Johnson is also in the background as an advisor and Torrence remains data-sharing partners with Brittany Force's Monster Energy team."

At the most recent event on the NHRA tour, the Denso NHRA Nationals in Las Vegas, Torrence qualified No. 1, his first pole position of the season and lasted until the quarter-finals before dropping a tough match opposite of Antron Brown.

Torrence shook off the loss and came back home to Kilgore, Texas where he quickly resumed his daily business regimen.

For Torrence, when he's not behind the wheel of his 10,000-horsepower dragster, he's at work making stuff happen; even on his birthday.

"Generating a construction schedule on a couple of different jobs that we have going on right now," Torrence revealed. "Trying to learn a new program real quick, like in the next 30 minutes. Something has to pay for the Top Fuel car, for sure."