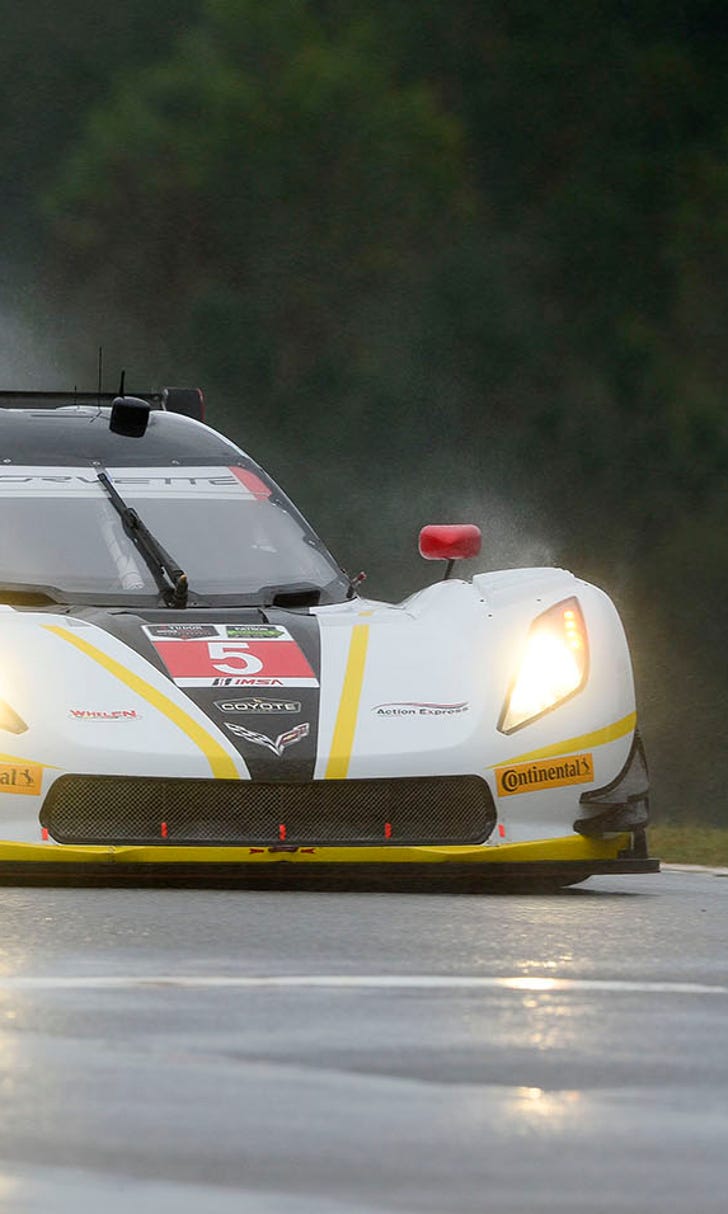 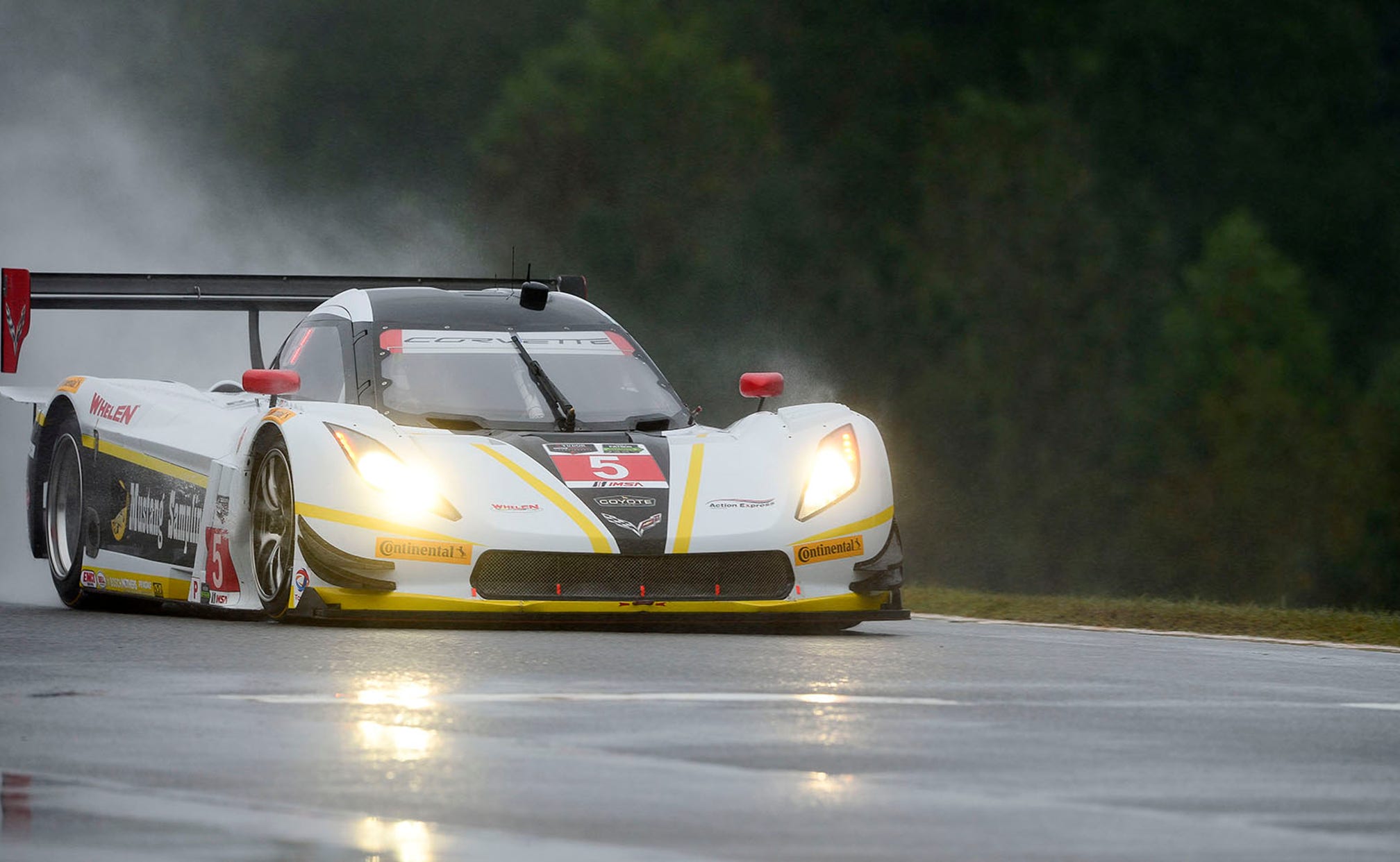 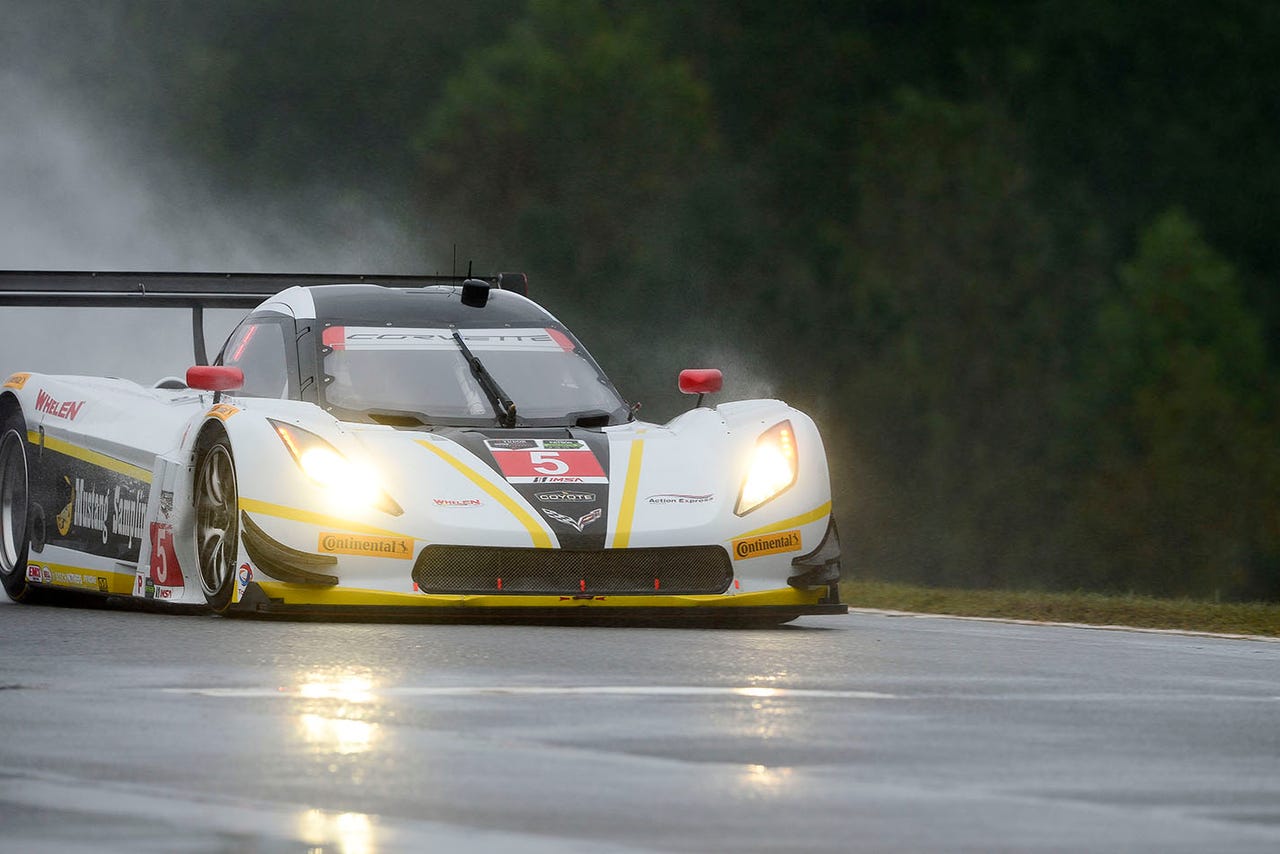 The 2015 sports car racing season saw standout performances from a number of teams in the various series, from the FIA World Endurance Championship to IMSA, Blancpain GT and European Le Mans Series competition as well.

10. Cadillac Racing — The Pratt & Miller squad undertook an aggressive development program with the new Cadillac ATS-V.R and ended up with four class wins and the Pirelli World Challenge GT Drivers’ Championship with Johnny O’Connell in the GT3 car’s first year of competition. A fire at Barber Motorsport Park led to the team reverting to its test car, in another display of overcoming adversity. 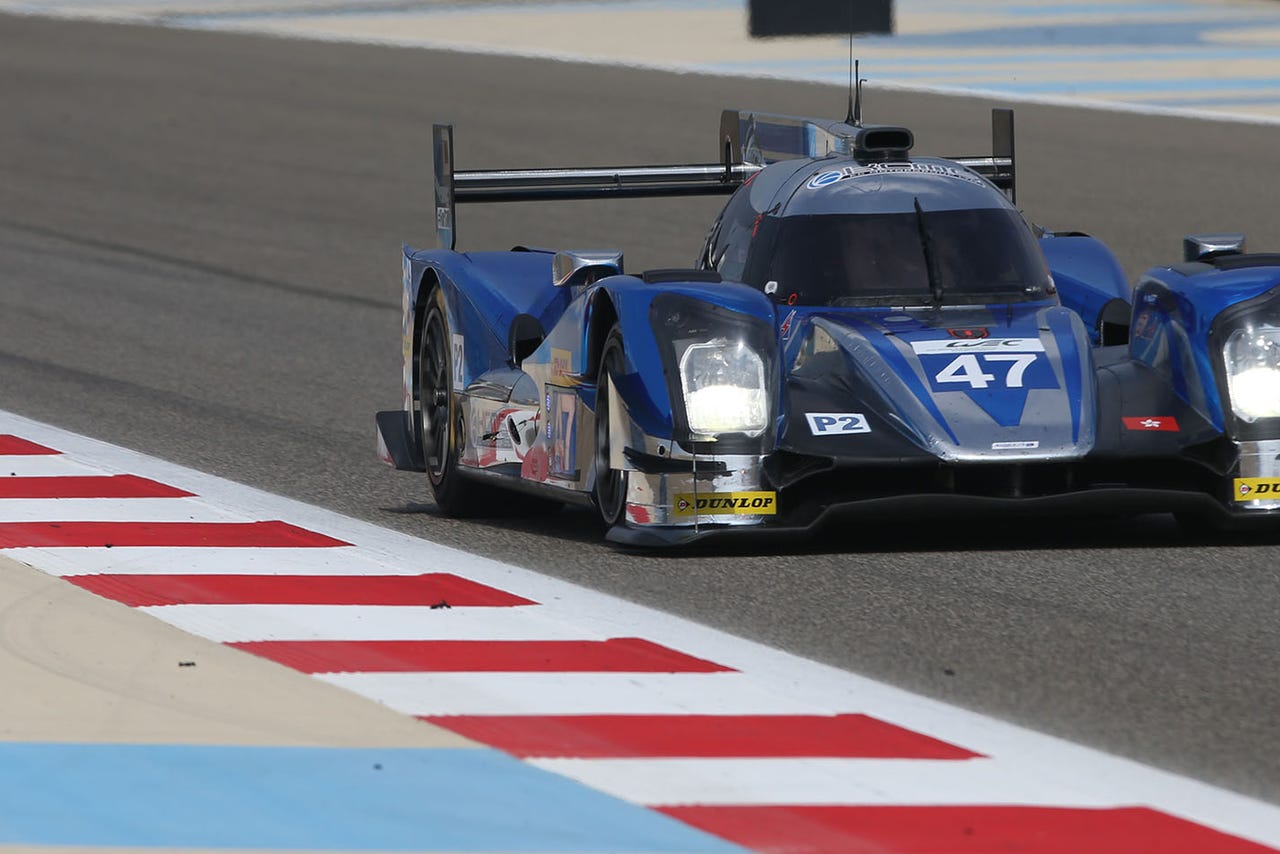 The No. 47 KCMG LMP2 car seen in competition at the Bahrain International Circuit in November 2015.

8. KCMG — The Hong Kong-based team triumphed at Le Mans and arguably could have won the WEC LMP2 World Championship, if for not a controversial incident at Fuji that took their championship-leading Oreca 05 Nissan out of the race, resulting in zero points. Yet, the Paul Ip-owned team proved to be one of the revelations of the year and has established themselves as a championship contender.

7. Nissan GT Academy Team RJN — While not winning the Blancpain Endurance Series Teams’ Championship, the Bob Neville-led squad enjoyed its best season yet with the Nissan GT-R, including a win at Paul Ricard that helped take drivers Al Buncombe, Katsumasa Chiyo and Wolfgang Reip to the Blancpain Endurance drivers’ title. The British squad also supported the Japanese manufacturer’s monumental victory in the Bathurst 12 Hour, while also claiming a runner-up finish in class at the 24 Hours of Dubai.

6. Porsche Team Manthey — The Olaf Manthey-led squad got off to a rough start in the WEC but walked away as world champions in GT, thanks to a turnaround in performance and Balance of Performance in the second half of the year. GTE-Pro class wins in four of the final five rounds of the season, highlighted by the drivers’ title for Richard Lietz, added to Porsche’s remarkable overall season in sports car racing that stretched to the LMP1 and GTLM ranks of IMSA.

5. Belgian Audi Club Team WRT — Vincent Vosse’s works-backed squad walked away with another Blancpain GT Series Teams’ Championship, sweeping both the Sprint and Endurance Series with numerous class wins for its Audi R8 LMS ultras. However, it was overall victory at the Nurburgring 24 with the new R8 LMS, outpacing local favorites Phoenix Racing, that helped put the Belgian squad on the map as one of the best teams of the year. 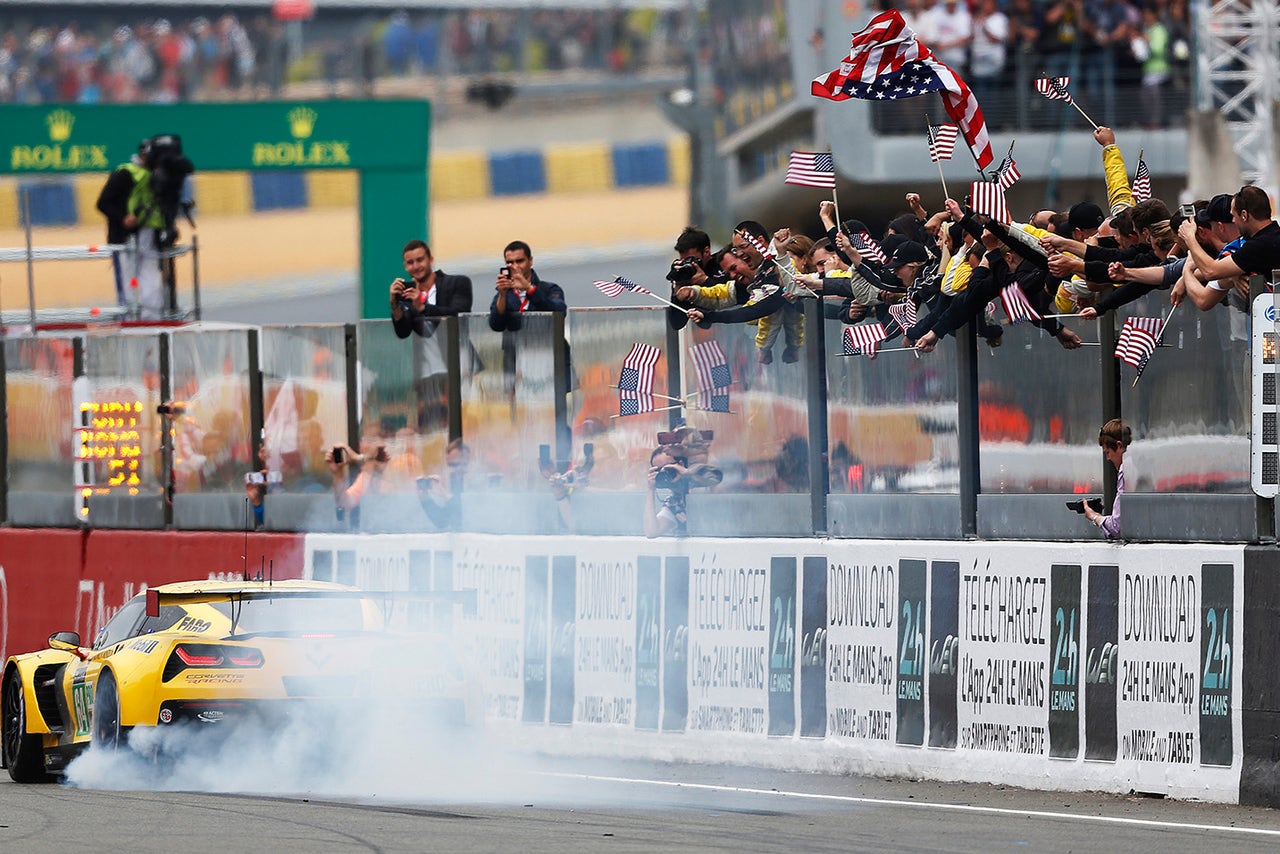 The No. 64 Corvette Racing machine celebrates the GTE Pro class victory at the 2015 Le Mans 24 Hours.

4. Corvette Racing — A second Pratt & Miller-run team makes the top 10 for its near-perfect season with the Corvette C7.R, which claimed class wins in the Rolex 24 at Daytona, Twelve Hours of Sebring and 24 Hours of Le Mans but lost out on the IMSA GTLM title due to Porsche’s charge in the second half of the season. While the debate could continue about Balance of Performance in GTLM, the Gary Pratt-led operation didn’t miss a beat all year.

3. Action Express Racing — Combining for four wins and finishing first and third in the IMSA Prototype Teams’ Championship, the Gary Nelson-led team proved to be one of the best in the world, with its pair of Corvette DPs running like clockwork all season. In fact, the championship-winning No. 5 car of Joao Barbosa and Christian Fittipaldi completed all but one lap in competition, a feat that was unmatched by anybody else.

2. Porsche North America (GTLM) — The CORE autosport-run factory operation enjoyed a magical season, with four GTLM wins, including an overall triumph at Petit Le Mans, en route to a sweep of the class championships, in only its second year of operation. The Morgan Brady-run operation also took home the Prototype Challenge championship, making for a unique double that would be tough to repeat in modern-day sports car racing. 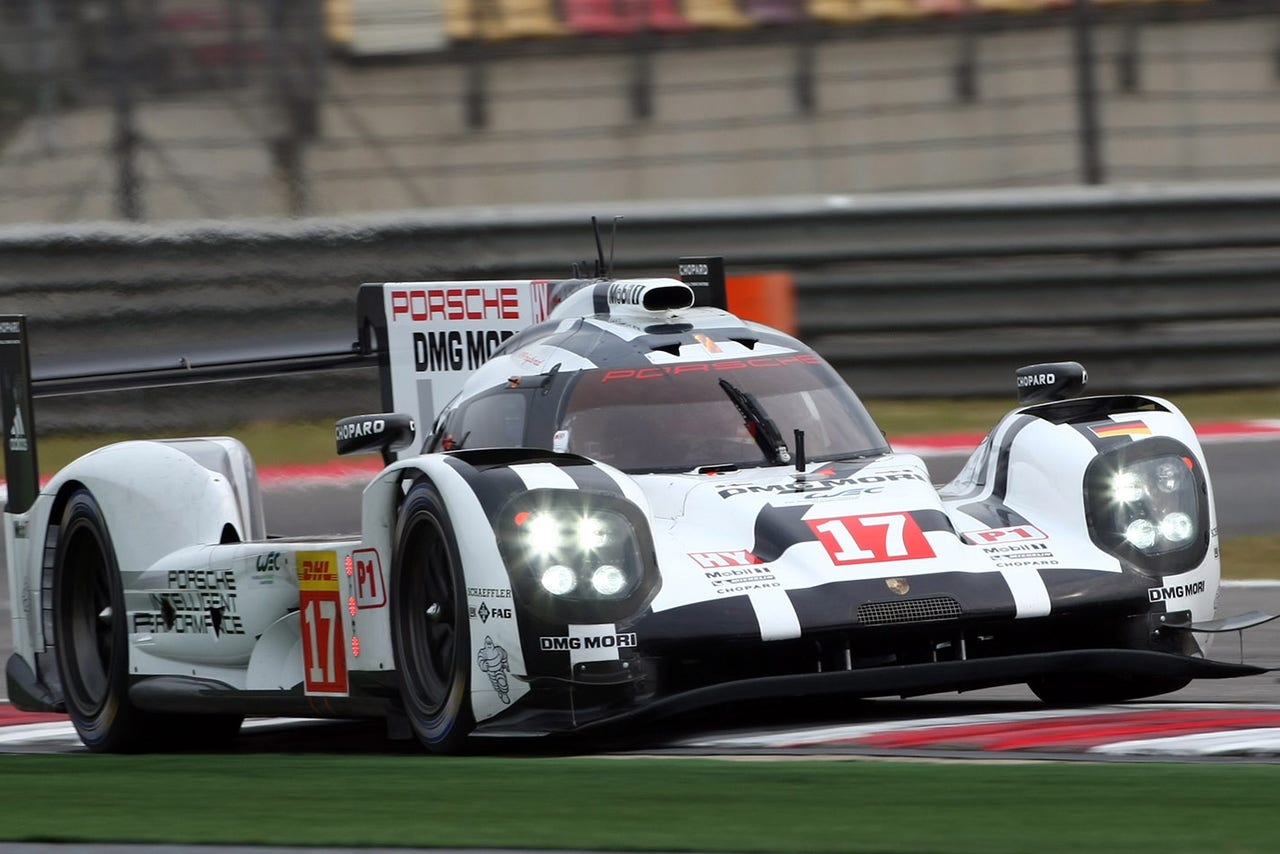 The championship-winning No. 17 Porsche seen during a 2015 FIA World Endurance Championship race in Shanghai, China.

1. Porsche Team (LMP1) — With a technically advanced car and some of the top drivers in the world, the German manufacturer put on a clinic in the WEC this year, with six wins out of eight races, including a historic 1-2 finish at the 24 Hours of Le Mans. The second-year team, led by Fritz Enzinger and Andreas Seidl, pushed the limits against rival Audi, but showed that it not only has the resources but talent to topple the successful LMP1 manufacturer of this generation.